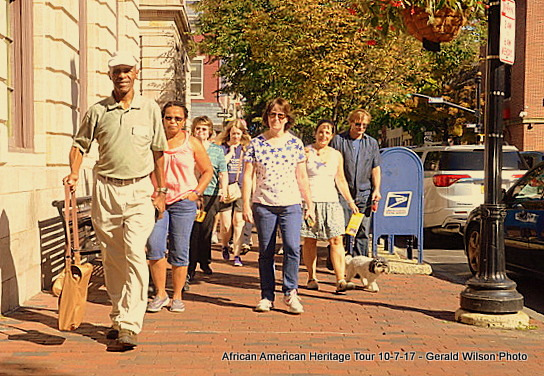 African American Heritage Walking Tours in the Historic City of Lancaster, guided by storytelling conductors, are held the first Saturdays of each month through November 3. Sponsored by the African American Historical Society of South Central Pennsylvania, the tours feature 12 locations around the downtown area highlighting the heritage of the African American community from the Colonial era to the mid-20th century Civil Rights Movement. The guided tours run one and a half to two hours and depart from the Visitors Center on Penn Square in Downtown Lancaster at 11 a.m. and 2 p.m.