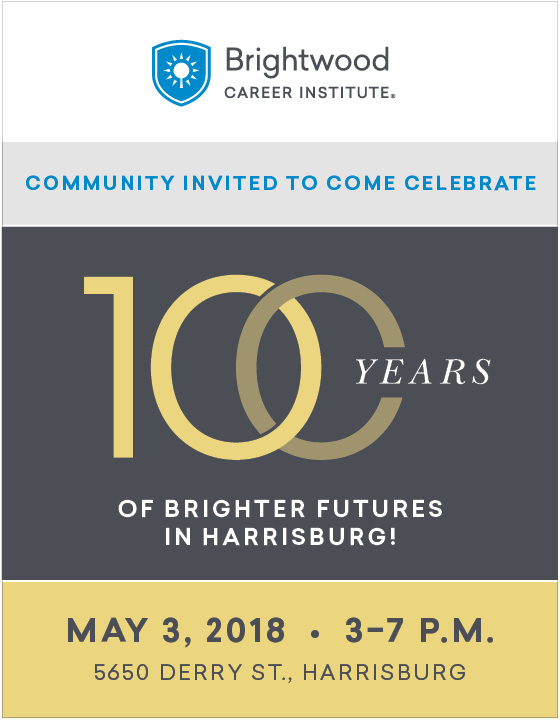 Brightwood Career Institute in Harrisburg is hosting its 100th Anniversary Celebration event. Guests will be provided a tailgate-style meal along with music, giveaways and other activities while attending a ribbon cutting ceremony led by Harrisburg Regional Chamber & Capital Region Economic Development Corporation (CREDC). Activities, such as face painting and a bounce house, will be available for children, and event attendees 18 and older can enter to win prizes, including an Apple Watch or one of four $25 gift cards. The celebration is free and open to the public, and those interested in attending are encouraged to RSVP by calling 717-564-4112. The event caps off Brightwood Career Institute’s celebration serving as an institution for higher learning for 100 years in Harrisburg. The organization began as Thompson Institute in 1918 before being acquired in 2006. Most recently it was acquired by Education Corporation of America, which renamed the school Brightwood Career Institute in 2016. Today it continues to offer students career-focused training.