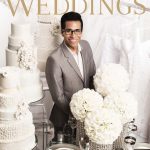 It’s a Beautiful Day With Martine Cajas
The John Wright Restaurant combines local farm-fresh ingredients, an unparalleled waterfront view and a bit of history to create a ...Read More 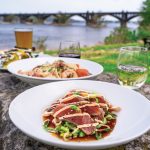 John Wright Restaurant: Farm-Fresh Ingredients & a River View
We’ve all made pivots over the past 15 months in order to keep our careers on track. I was able ...Read More 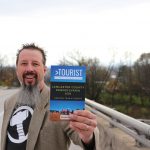 Greater Than a Tourist
Search
<< Previous
Next >>

This ongoing exhibit will include the actual Breitling for Bentley Chronograph that author Jeffery Deaver wore during his launch tour for his novel Carte Blanche in 2011. In that book, Deaver describes his fictional Agent 007 wearing this same real-world wristwatch while working undercover. This exhibit will also showcase a first edition, first printing of Carte Blanche hand-signed by the author, as well as additional autographs obtained from the first and current Bond movie actors – Daniel Craig hand-signed an Omega marketing piece, and Sir Sean Connery personally signed a photograph taken during the filming of Dr. No. Museum hours: (December through March) Tuesday-Saturday.