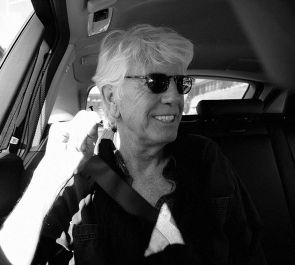 Graham Nash returns to the stage at Sunoco Performance Theater at Whitaker Center, in association with BRE Presents. The acclaimed performer is widely known in the US for his career with Crosby, Stills & Nash and Crosby, Stills, Nash & Young. Mr. Nash first graced the Sunoco stage in summer 2016 to a sold out crowd.

Graham Nash is a two-time Rock and Roll Hall of Fame inductee-with Crosby, Stills, and Nash and with the UK pop group, The Hollies. He was also inducted into the Songwriter’s Hall of Fame twice, as a solo artist and with CSN, and he is a GRAMMY Award winner.  The original classic union of Crosby, Stills & Nash (& Young) lasted but twenty months.  Yet their songs are lightning rods embedded in our DNA, starting with Nash’s “Marrakesh Express,” “Pre-Road Downs” (written for then-girlfriend Joni Mitchell), and “Lady Of the Island,” from the first Crosby, Stills & Nash LP (1969).  On CSNY’s Déjà Vu (1970), Nash’s “Teach Your Children” and “Our House” beseeched us to hold love tightly, to fend off the madness that was on its way.

Nash’s passionate voice continues to be heard in support of peace, and social and environmental justice. The No Nukes/Musicians United for Safe Energy (MUSE) concerts he organized with Jackson Browne and Bonnie Raitt in 1979 remain seminal benefit events.  In 2011, Nash was instrumental in bringing MUSE back to the forefront with a concert to benefit Japan disaster relief and groups promoting non-nuclear energy worldwide. That same year, he and Crosby were among the many musicians who made their way to the Occupy Wall Street actions in lower Manhattan. In recognition for his contributions as a musician and philanthropist, Nash was appointed an Officer of the Order of the British Empire (OBE) by Queen Elizabeth in 2010.