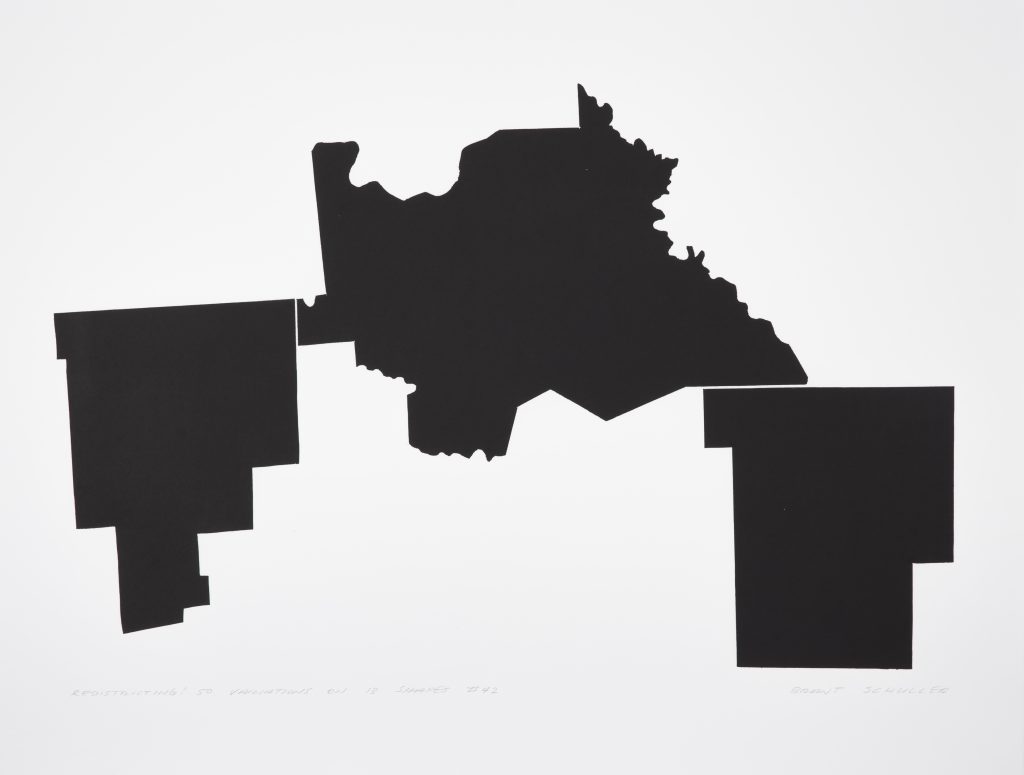 The City of Lancaster Office of Public Art is excited to announce a new exhibit opening in City Hall Gallery. Brant Schuller’s Redistricting: 50 variations on 13 shapes is free and open to the public.

This fine art exhibit reimagines our states voting districts and the power that comes with reordering them. The show will be a timely backdrop as City Hall becomes a polling place on November 5. Its theme coincides with the efforts of city and county government to make sure that everyone is counted for Census 2020.

The show is scheduled from November 1-January 3 with an opening reception hosted by the artist November 1 from 5-8 p.m. Fifty monoprints will be on display, and the show will include a self-serve station where visitors can create their own district lines with stamps. The print station will be operable throughout the period of exhibition.

Schuller created the exhibit in response to redistricting in Pennsylvania following the 2000 census. Two gerrymandered districts, thought to be manipulated for political gain, have been called the “supine seahorse” or “upside-down Chinese dragon.”

One of the most equitable examples of redistricting is Iowa, which uses a modified grid to create districts. Schuller pieced together the 13 core shapes featured in his prints by tracing one side of a district from Iowa and combining it with three other selected borders from other states where he has lived to form uniquely shaped districts.