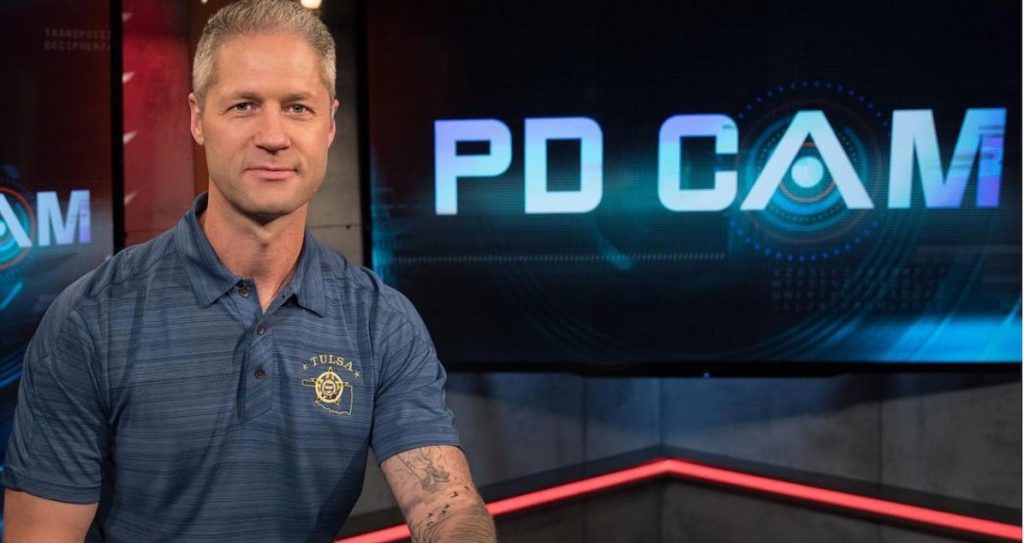 Sean “Sticks” Larkin has been a police officer in Tulsa, Oklahoma, for more than 22 years.

He is a full-time active officer and is currently the supervisor of the department’s newly formed Crime Gun Unit. As an officer, he has had assignments in patrol, Street Crimes, Foot Beat and the Major Crimes Homicide Unit. He has also served as a supervisor for patrol, Narcotics and the Gang Unit. He resides in Tulsa with his two children.

Sean is a co-host/analyst on the A&E hit TV show Live PD and the host of his own A&E show, PD Cam.

This insightful, entertaining live event — part moderated conversation and part audience Q&A – lifts the veil off policing tactics and challenges in America. Sean takes you inside the making of Cable TV’s #1 rated show, LivePD on A&E, and explores the positive impact the show has had on both law enforcement and the communities they serve.

*VIP tickets include a Pre-Show Meet & Greet with Sean Larkin