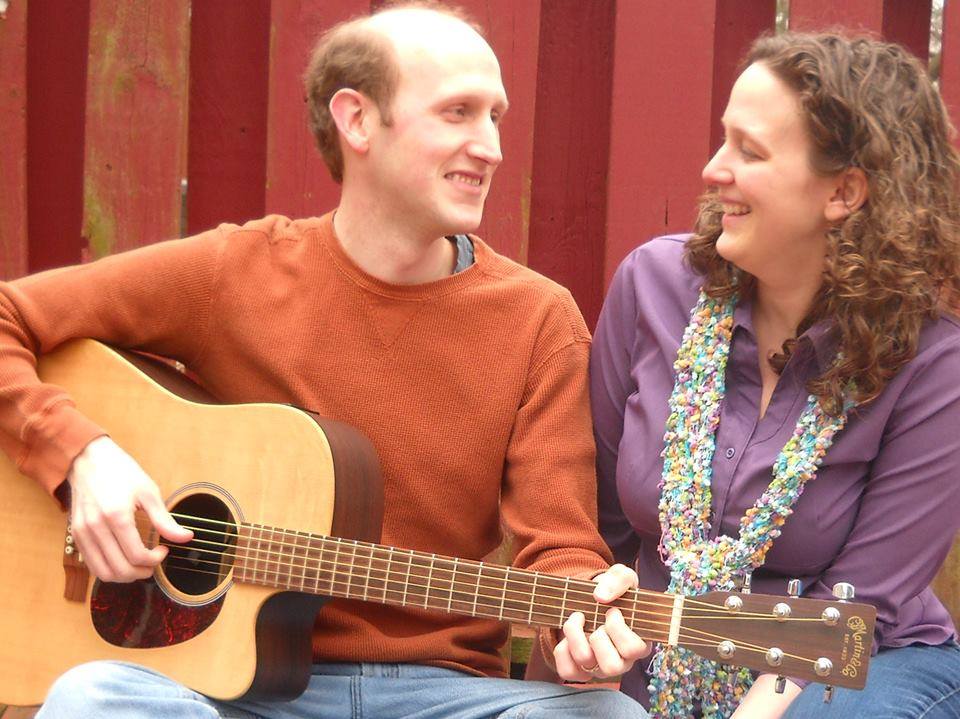 Walt & Amy have been making music together since 2000. They started out leading worship together, and found that they had a good groove. So they got married. They’ve been worship leaders and church musicians together ever since.

Over a decade, they were always able to find a song that fit in any situation. One day, probably in 2010, they found themselves facing scenes that didn’t fit songs by any songwriter they knew, so they decided to try writing some themselves.

By day, Walt Lindberg is a mild-mannered elementary band director, but Walt has been writing solo guitar music for years. “Playtime” is one of his oldest favorites. Together, Walt and Amy’s first writing successes were hymn arrangements, like “Yesterday, Today, Forever.” They also built songs around some of their favorite passages of Scripture (“Strengthen the Feeble,” “Redeemed”).

Amy Lindberg has always made herself complete any creative assignments she gives her English students. Most of the poems and stories got tossed, or used as next year’s sample, but some stuck around. In 2011, she took an iambic pentameter assignment from the previous year that she felt still rung true, and she and Walt turned it into “Come Spring.”

“Women’s History” was a reflection on the curse on women in Genesis 3, and the ways that women abuse each other in the quest for having it all. “Suburbia” grew out of long-walk conversations imagining how anyone could survive being dropped into the confusing repetition of their neighborhood. “Really Free” was an act of soul-searching after being told they did not know the right way to worship. Several songs were built around parenting trials and joys (“Be My Light,” “Tiger Lilies,” and “His Promise Stands”).

For more information on Walt and Amy, check out their website at http://waltandamymusic.com.