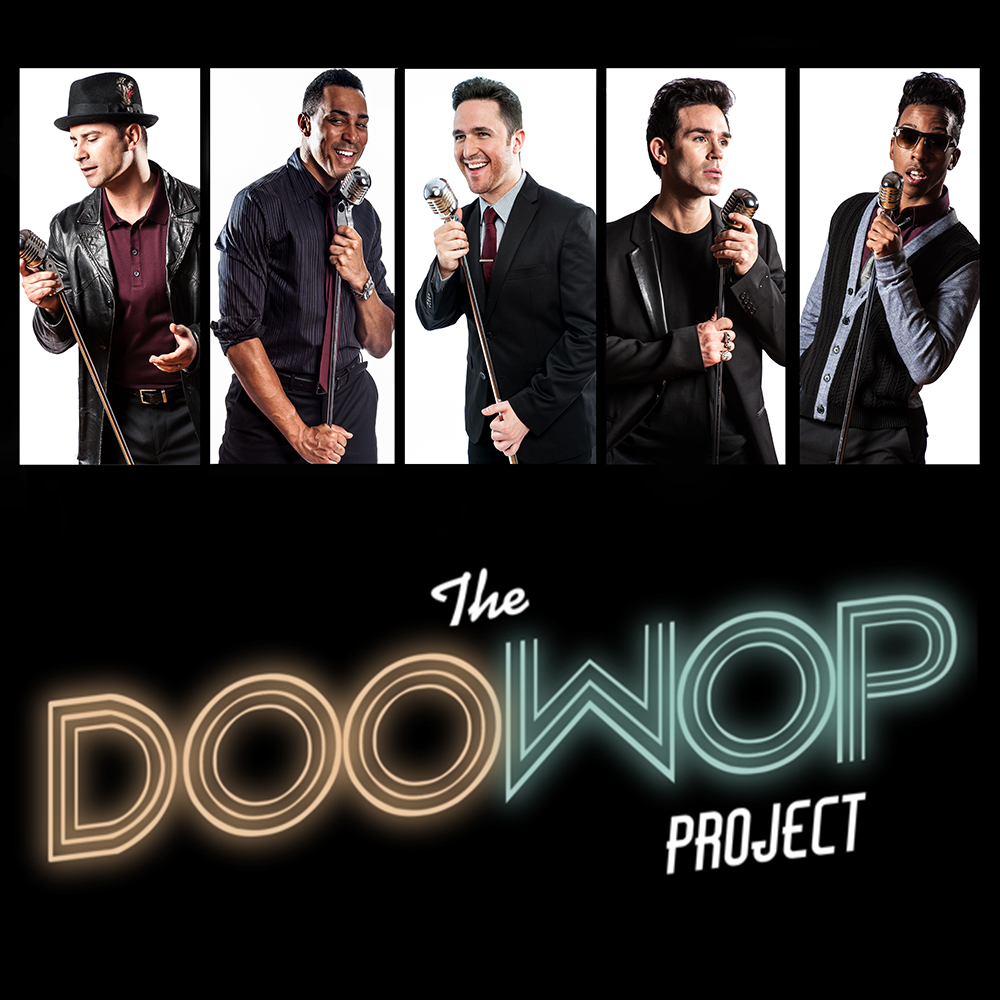 The Doo Wop Project From Bop to Pop … evolution of a sound!

The Doo Wop Project is street corner singing for a whole new generation. Their show starts at the beginning, tracing the evolution of Doo Wop from the classic sound of five guys singing tight harmonies on a street corner to the biggest hits on the radio today. Throughout the show, DWP takes you on a journey from foundational tunes of groups like the Crests, Belmonts and Flamingos through their influences on the sounds of Smokey Robinson, the Temptations, and the Four Seasons … all the way to Michael Jackson, Jason Mraz and Amy Winehouse.

Featuring current and former stars of Broadway’s smash hits Jersey Boys and Motown: The Musical, and their hot band, The Doo Wop Project brings unparalleled authenticity of sound and vocal excellence to recreate — and in some cases entirely reimagine — some of the greatest music in American pop and rock history.

Enjoy a night filled with harmonies and classic ‘60s hits such as Dion and the Belmonts’ “I Wonder Why”, Thurston Harris’ “Little Bitty Pretty One”, The Del-Vikings “Come and Go With Me”, The Capris’ “Morse Code of Love” and many more. The show also includes doo-wop-inspired renditions of contemporary songs such as Amy Winehouse’s “Valerie”, Michael Jackson’s “The Way You Make Me Feel” and Jason Mraz’s “I’m Yours.”
The level of talent, artistry and ability to entertain is off the charts with this show. It’s an evening of pure energy and magic, where you’ll be lifted from your seat with excitement by the power and charisma of these gifted young performers.