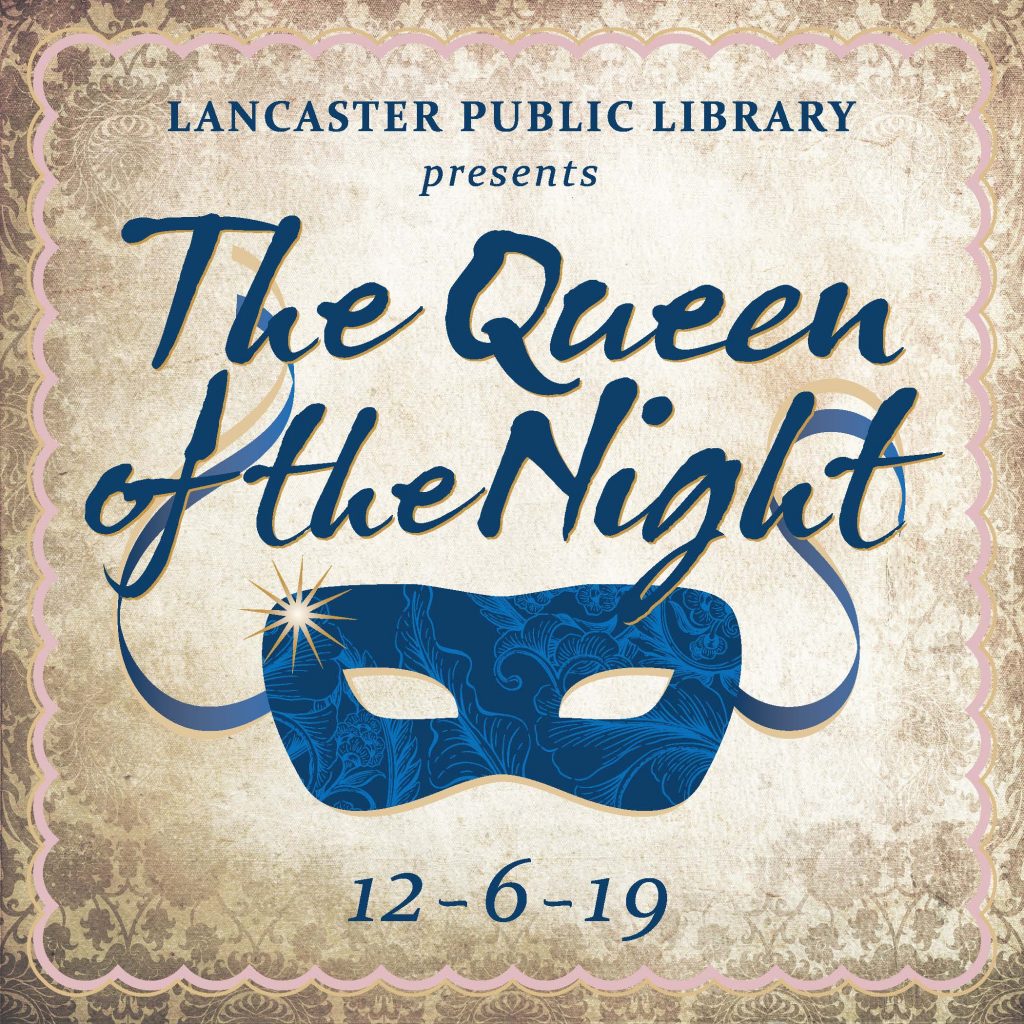 The Queen of the Night

We invite you to indulge your senses at The Queen of the Night, a signature benefit in support of Lancaster Public Library.

The Queen of the Night takes its theme from the best-selling, historical drama of the same name written by Alexander Chee. Guests will be will be transported to 19th-century Paris in an event like no other in support of the Lancaster Public Library!

The evening will include themed cuisine, cocktails, entertainment, many fun surprises and an exclusive silent auction to raise critical funds for the Lancaster Public Library.