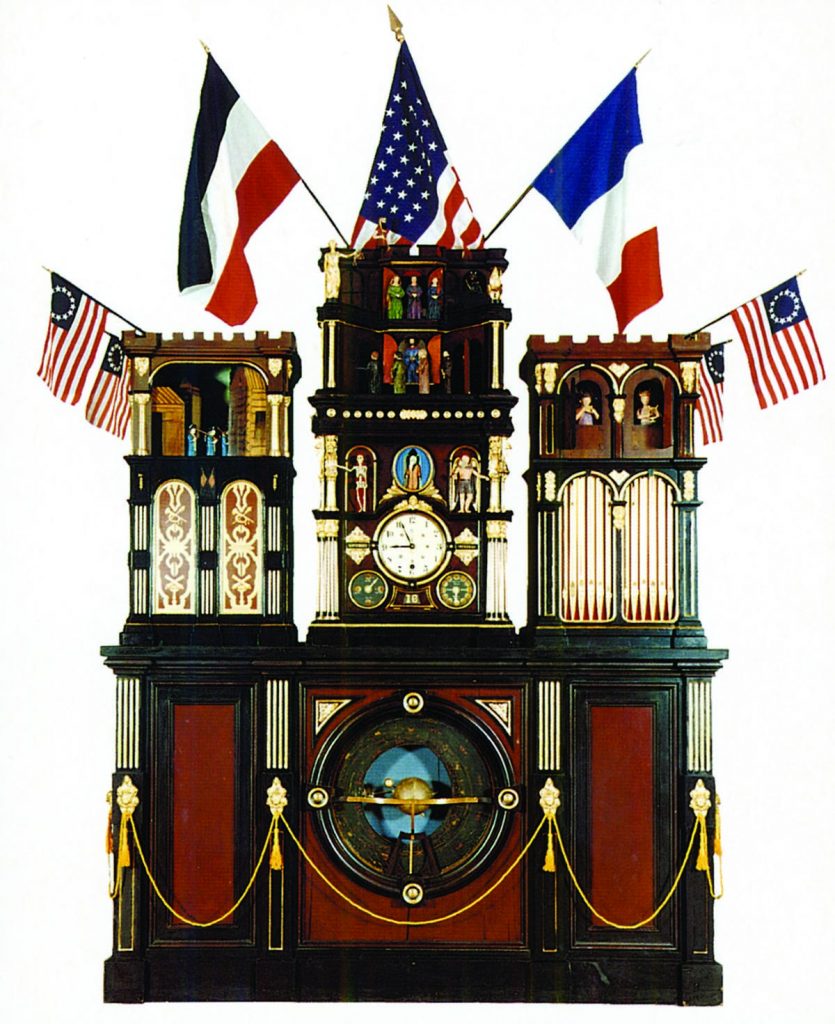 In the late 19th century, a short-lived breed of clock enchanted the American public — the monumental clock. Large, complicated and painstakingly handcrafted, these clocks were made to awe and entertain. Between 1875 and 1900, more than two dozen such creations toured the United States and Europe, amusing and amazing crowds.

The first known monumental clock made in the United States was the Engle Monumental Clock, finished in 1878. Taking 20 years to complete and marketed as “The Eighth Wonder of the World,” it measures 11 feet high, 8 feet wide, and 3 feet deep. For a clock of that size, you would suppose that it does more than just tell the time. You would not be wrong.

The Engle clock indicates the day of the week, current month, phase of the moon, and even the current tides. It has three towers, two organ movements and 48 moving figures that comprise a unique cast of characters including Jesus Christ, the three Marys from the New Testament, the 12 apostles, Satan, a group of soldiers from the American Revolution, Molly Pitcher, Father Time, Death, Justice and Orpheus.

The original charge to view the clock was 15 to 25 cents. It toured across the Eastern United States for 70 years before disappearing in 1951. The Engle clock was later discovered in a barn. It is now fully restored and resides at the National Watch & Clock Museum.

This presentation will include a full history of the clock, its creator, and the restoration process.  There will also be a full demonstration of the Engle clock with a thorough discussion of all its functions.