Now that spring has arrived, it’s time to renew and revamp our gardens from the ground up. What follows are ...Read More 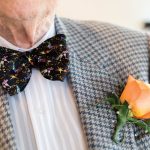 Jollification! Celebrating the 90th Birthday of Bob Groff
If you take a moment to look up on any given day this month, you may notice something happening in ...Read More 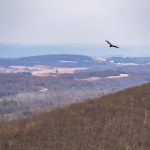 Hawk Mountain
Search
<< Previous
Next >>
Commemorating the 100th anniversary of the Nineteenth Amendment to the United States Constitution, the Brandywine River Museum of Art will present Votes for Women: A Visual History, an exhibition that rediscovers the visual language of the women’s suffrage movement. The long road to women’s suffrage, spanning the 19th and early-20th centuries, played out very differently from political movements today. In the absence of televised and digital media, the suffragists spread their message through magazines, political cartoons, posters, plays, parades and even through fashion. Focusing on the decade prior to ratification of the Nineteenth Amendment in 1920, the exhibition examines the compelling imagery of the suffrage movement, revealing how the “look” of women’s rights developed and deciphering the important visual strategies that propelled it forward.
Organized by the Brandywine and curated by Amanda C. Burdan, Ph.D., Votes for Women: A Visual History will feature more than 200 artifacts from the suffrage movement. Drawings, illustrations and posters from museums, historical societies and private collections will provide the visual language to decode the complex political messages conveyed by suffragists. Also included will be early film footage as well as historic photographs and banners from rallies and marches, including the 1913 Women’s Suffrage Procession in Washington D.C. Examples of the costumes, clothing, sashes and other emblems of women’s activism worn by suffragists will enliven the presentation.
While the Nineteenth Amendment finally granted women the right to vote, ongoing voting struggles persisted for minority groups following its ratification. Presenting an inclusive historical narrative, Votes for Women: A Visual History recognizes the significant contributions of women of color and their community networks, which have been historically overlooked, giving the false impression that women of color were absent from the struggle for voting rights.
As a way to recognize women of color from the suffrage movement, the Brandywine has commissioned a diverse group of women artists to create a mural of illustrated portraits of some of the women whose role in winning voting rights has been historically minimized because of their race or ethnicity. The mural will include portraits of 14 local and national figures with accompanying biographies. These “Hidden Figures of the Suffrage Movement” include Ethel Cuff Black, of Wilmington, Delaware, who was a founder of Delta Sigma Theta, the African American sorority that marched in the 1913 suffrage parade in Washington, D.C.; Marie Louise Bottineau Baldwin, a member of Turtle Mountain Chippewa Band, who worked as an attorney for the Office of Indian Affairs; and Sofia de Veyra, a Filipina working diligently for women’s rights in Washington D.C., before organizing a suffrage campaign in her native Philippines. The commissioned works will be completed in a variety of media and styles by artists Alexandra Beguez, Laura Freeman, Sarah Jung, Shadra Strickland and Sally Wern Comport.
Votes for Women: A Visual History will include a robust series of public programs that will explore and unlock the themes of the exhibition, including lectures, music and theatrical performances, gallery talks and more. A related Speaker Series & Summit will focus on historic and contemporary women’s issues, featuring a variety of voices—including those of executive leaders, historians, entrepreneurs and community activists. These dynamic programs will provide a forum to engage directly with women’s history and shed light on the historic and contemporary battles for equality.
Concurrent Exhibition: Witness to History: Selma Photography of Stephen Somerstein. Serving as a companion to the Votes for Women: A Visual History exhibition, Witness to History explores the historic 1965 civil rights march from Selma to Montgomery, Alabama — a turning point in the civil rights movement that led to the passage of the Voting Rights Act. This exhibition presents 55 of the photographs taken by Stephen Somerstein — then a 24-year-old student — on March 25, 1965, accompanied by his commentary of the day’s events. With five cameras around his neck and only 15 rolls of film, Somerstein documented this pivotal moment in history, capturing photographs of Dr. Martin Luther King Jr. and other prominent activists such as Rosa Parks, James Baldwin, Bayard Rustin, John Lewis and Joan Baez. Somerstein also took photographs of his fellow demonstrators, as well as the anonymous bystanders who had gathered along route. Witness to History: Selma Photography of Stephen Somerstein is guest curated by Farrah Spott and on view at the Brandywine River Museum of Art from February 1-June 14, 2020.