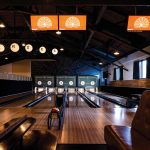 The Selma-to-Montgomery March of 1965 is celebrating its 50th anniversary this upcoming weekend. I don’t remember that era, personally, because I wasn’t even a twinkle in my daddy’s eye until almost two decades later. However, being from Alabama and growing up in the public school system, we were taught about our state’s history and the important role it played during the Civil Rights movement.

Momma and Daddy always told me stories of what their lives were like growing up before integration. For instance, public places had separate water fountains, separate bathrooms, separate seating areas, etc. Dunbar High School was the name of the all-black school in Carbon Hill from 1928-1967, when integrating into all-white schools was permitted—which followed soon after the Governor George Wallace incident of 1963 where Wallace attempted to block the entry way and prevent two black students (Vivian Malone and James Hood) from entering the University of Alabama.

I read about the violence and had seen pictures of what occurred during those life-altering years, but I never witnessed or lived it first-hand. I was completely awakened to this history after interviewing a few individuals back home for our local newspaper. One person who really stands out in my mind is Sarah McElrath.

If you’ve never seen “The Help,” a movie based on Kathryn Stockett’s 2009 novel of the same name, I suggest you watch it to understand when I say that Mrs. McElrath could’ve been a member of the cast. I could’ve listened to that charming woman talk all day about her stories, but the ones that really stood out to me were the struggles she and others faced growing up in the South.

She was born in Marengo County, Alabama, in 1930 and moved at age 13 to Walker County (where I grew up). Mrs. McElrath said she and other members of the community, “had to fight for street lights. We had to go down to city hall and beg to get street lights, and concrete, all this for dirt roads. … The most things we had a hard time with was telephones. Didn’t no black people have telephones, none. There was one phone right there where the city hall is now, and if your house caught a fire, you just ran all the way down there to call the police. Well, when you got back, your house was burned.”

She also shared how difficult it was to be seen by a doctor, waiting for hours to be seen or maybe not being seen by a doctor at all. She recalled a nonviolent sit-in at a local restaurant back home in downtown Jasper where she and a few others sat for days waiting to be served.

“It’s not that we wanted to so bad to eat with them. It was that we wanted a choice, if we wanted to eat, we could,” she shared. “… We just sat there because as long as we sat there weren’t no more white people going to come over there and sit. So, we just sat there for like two or three days, I can’t remember; I’m getting older.” She continued to say that the host(ess) finally asked what they wanted, and McElrath said, “We didn’t have any money, so we decided to order a cup of coffee. We ordered a cup of coffee, and we just sat there and laughed and drank that coffee and had a good time.”

For more than 50 years, she worked cleaning houses and taking care of her employers’ children, along with raising 13 children of her own. Among many of her accomplishments, one being presented with an NAACP Walker County Foot Soldier Award, Mrs. McElrath prides herself in registering numerous people to vote. Having the right to vote still means a lot to Mrs. McElrath. She said when she first started voting, “They would ask us all kinds of old, stupid questions. We could hardly vote. … They’d ask us, ‘How many bubbles are in a bar of soap? How many beans are in a jar?’ Just anything they’d know we didn’t know just to say we couldn’t pass [to be able to vote].”

Every January, several locals around Walker County march throughout downtown Jasper to celebrate the life of Martin Luther King, Jr. I was happy to be able to march alongside of those participants, take their photos, interview and just listen to the chants and speeches each one gave.

On March 7, 1965, hundreds marched toward Montgomery in an effort for equality. After crossing the Edmund Pettus Bridge, they were attacked on what is now known as “Bloody Sunday.” This year, and in years past, thousands will once again march through Selma for the reenactment of the “Bloody Sunday” Selma-to-Montgomery civil rights march.

I may not have been around during the 60s, and I may not ever have a chance to march in downtown Jasper again and interview the county’s inhabitants, but I’m thankful to be from Alabama and to know my state’s history.