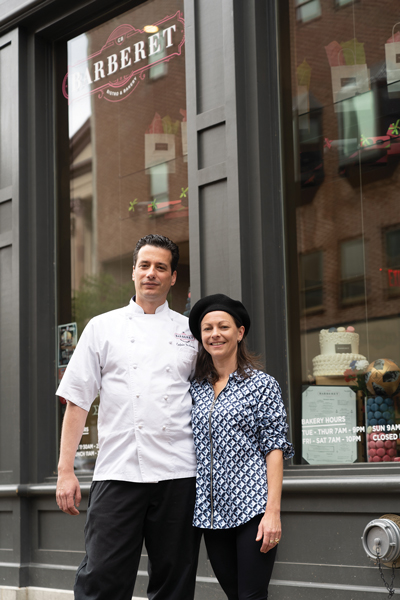 A large window at 26 East King Street offers passersby a tantalizing glimpse of the pastries that are created on the premises by Pastry Chef Cedric Barberet, who owns the bistro and bakery with his wife, Estelle. The Barberets were both born in France and worked in patisseries (pastry shops) operated by their families. Estelle is professionally trained in retail management of pastry shops, while Cedric is a trained pastry chef. In fact, Estelle did an apprenticeship at Patisserie Barberet (Cedric’s family business).

Cedric’s extensive resumé includes executive pastry chef at Le Bec-Fin in Philadelphia and at President Trump’s Mar-a-Lago Club in Florida. He made Donald and Melania Trumps’ seven-tier wedding cake. He’s also received several awards. In 2011, he became a member of the Academie Culinaire de France, and in 2016 he was named one of the Top 10 pastry chefs in the country by Dessert Professional Magazine. Last year he was named Chevalier de l’Ordre du Merite Agricole (Knight of the Order of Agricultural Merit) by the French Minister of Agriculture. 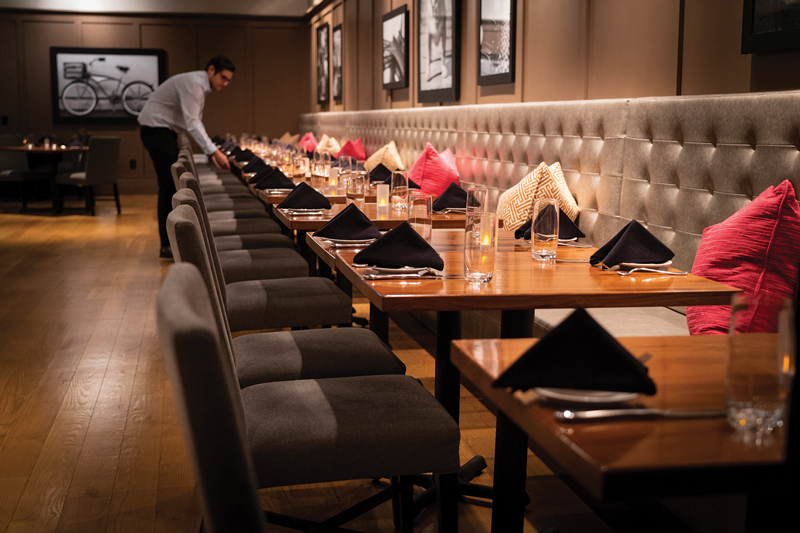 Lancaster became home to the Barberets when they couldn’t find the right location in Philadelphia for the pastry shop and bistro they dreamed of opening. After meeting Ben Frank of Amalfi Properties, the owner of the King Street building, they turned their sights to Lancaster.

Access to the bistro is through the bakery. The bistro seats 50, with room for another 18 guests at the bar. Cedric describes the bistro as having a chic ambience but being very casual as well. “Some people think a French restaurant is fine dining, but we’re more of an everyday place,” Estelle says. 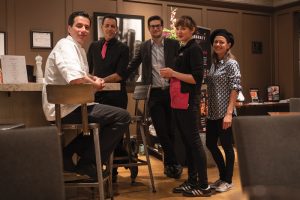 The bistro serves lunch and dinner as well as a brunch on Saturday. Nearly everything, except bread, which is imported from France, is made in-house. “We work as much as possible with local vendors, and here there’s great access to local ingredients,” Cedric says.

The menu changes seasonally. As part of the lunch menu, there are express lunch options that include a cup of soup du jour, a mixed green side salad or fries (pommes frites), a choice of four entrées and dessert (from the dessert menu or a selection from the bakery).

The dinner menu includes a two-course offering for $25 or three-courses for $35 (with a glass of wine). Thursday is oyster night – Chef Michael Savitsky selects different varieties of oysters to serve on the half-shell with an accompanying sauce from week to week. During Happy Hour at the bar (5 to 7 p.m. Tuesday through Friday), wine, cocktails and beer are served with complimentary pommes frites.

“The bistro is a team effort; everyone works to ensure that guests have a great experience. One of us is always on-hand, so if any problems arise, we want to make it right,” Estelle says.

Popular menu items include foie gras, escargot, salmon and veal schnitzel. “We wanted to pay tribute to the German heritage of the area with the veal schnitzel,” Cedric says. 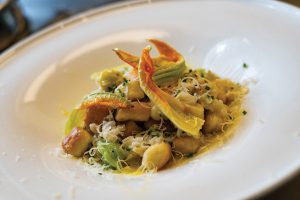 Bouillabaisse, a seafood stew, which is available only on weekends, has become a favorite with guests. “It’s a classic dish from the south of France. We prepare and serve it the traditional French way. It takes eight hours to make the broth,” he explains.

As for the bakery, which is filled with traditional and French-inspired pastries, he says anything made with chocolate is a great seller; Chef Barberet uses only Cacao Barry Chocolate for his creations. Other tantalizing bakery items include fruit tarts, a French strawberry shortcake and macarons, which are available in a variety of flavors. “I make about 8,000 bite-size macarons each month,” Cedric says with a smile, noting that all the macarons are gluten-free, as are 45% of the cakes. Jams, which are also used in the bistro as a garnish, are made in-house. 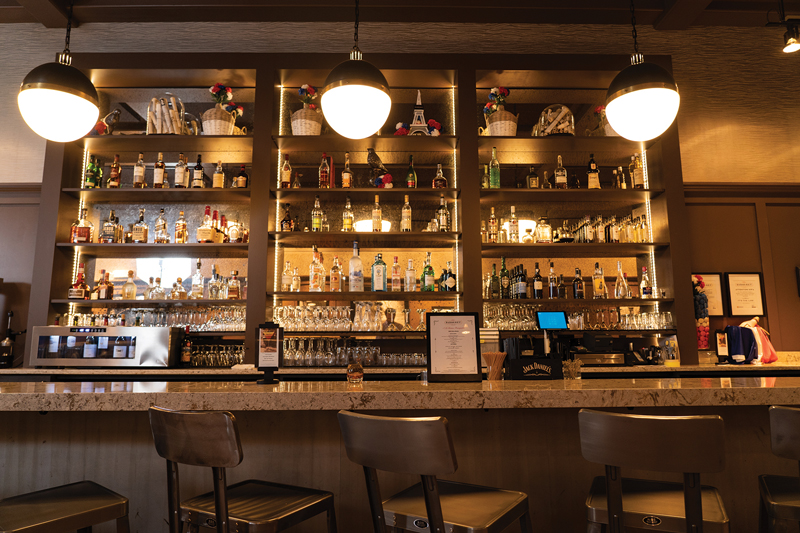 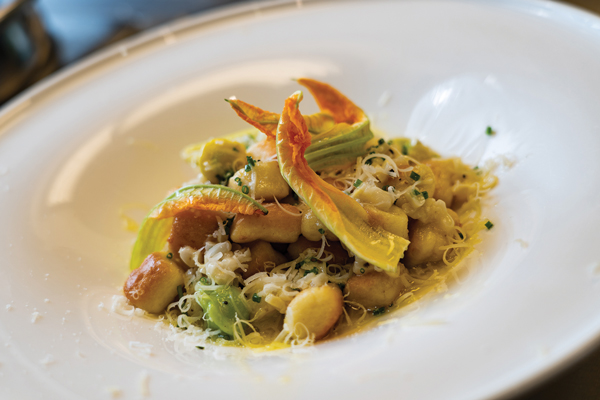