Lancaster County Magazine is the area’s ORIGINAL monthly publication, written by and for those who live, work and have roots in Lancaster County – as well as those who simply love the area. The flagship publication includes regular columns about food, homes, gardens, personalities, fashion, heritage and events; it is supplemented by website content, social-network updates, e-newsletters and appearances at local events.

Respect for quality and integrity.
Commitment to community.
Appreciation for the land.
Delight in art, fashion, home design, cuisine and other elements that improve one’s daily lifestyle. 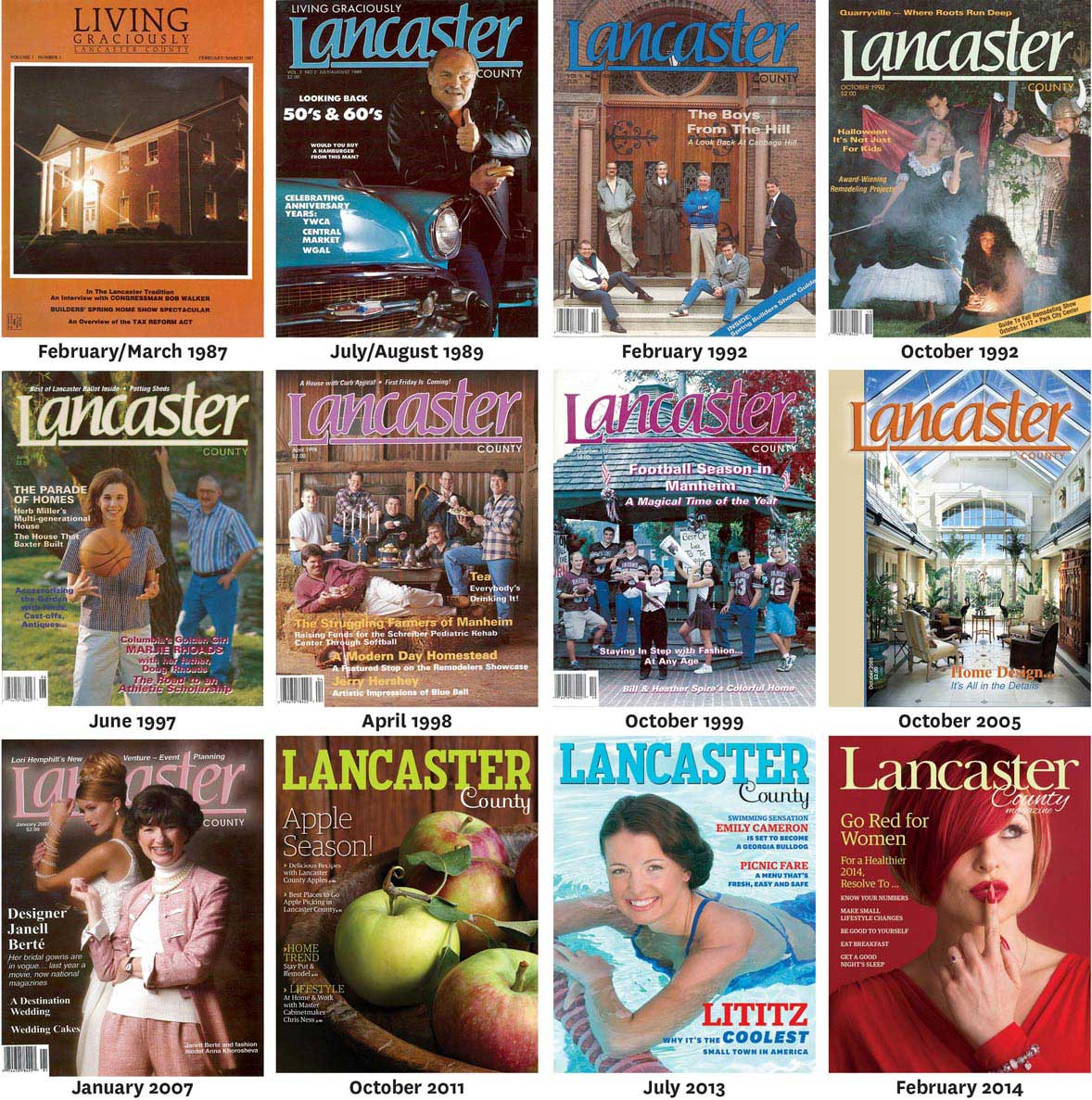 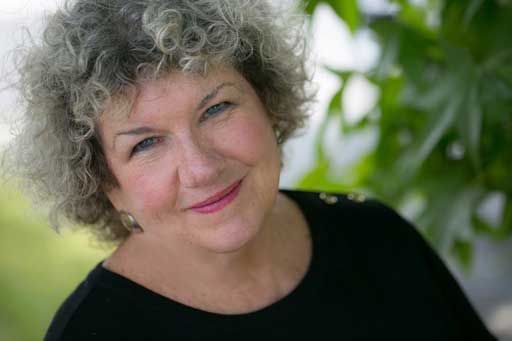 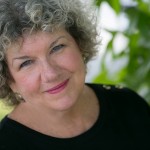 Sue has been the editor of Lancaster County magazine since 1989. Her love affair with magazines began as a child, with her first Christmas gift subscription to Jack & Jill. She even arrives at doctor appointments early so that she can peruse the office magazines. A graduate of Hempfield High School, Sue was the first female sports editor of the school newspaper, The Flash. After graduating from East Carolina University, Sue relocated to Washington, D.C., where she joined the staff of the Independent Petroleum Association of America. Her role as the trade association's meeting coordinator involved her in arranging fundraising events for the construction of the Vietnam Veterans Memorial. Upon returning to Lancaster, Sue became the marketing/advertising coordinator at Good's Furniture & Carpet. As for her varied duties at the magazine, Sue names the home features as her favorite aspect of the job and is in awe of the talented people who design, build, remodel and decorate Lancaster's homes. The one-time swim/soccer/baseball mom lives in East Hempfield Township and names gardening as her favorite way to relax. 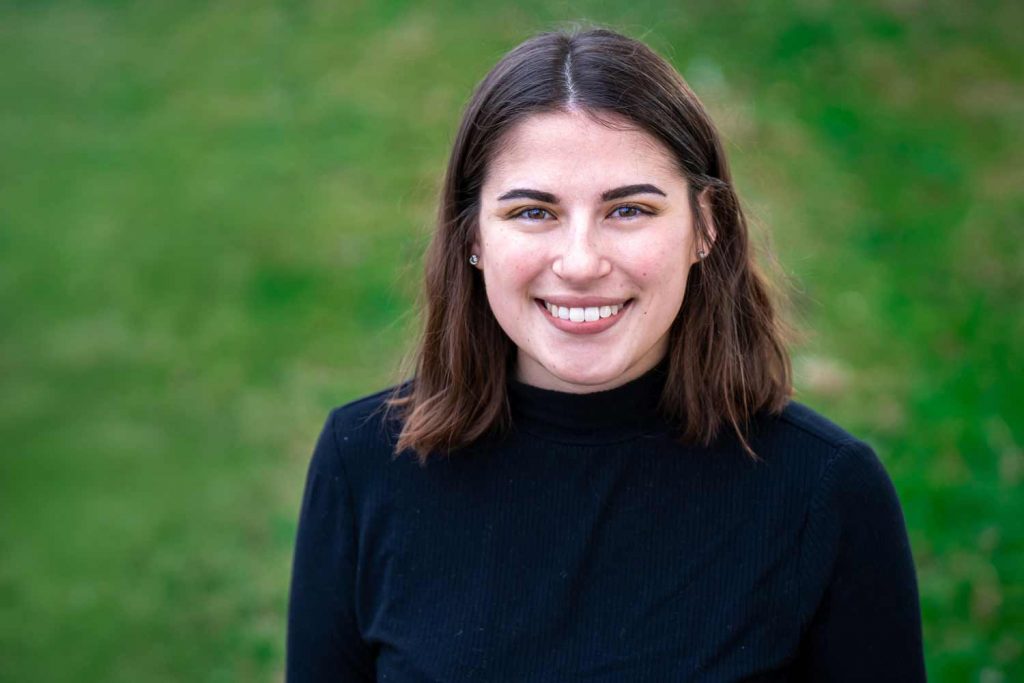 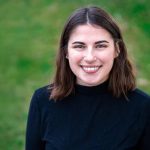 Kaylee has been the assistant editor of Lancaster County Magazine since January 2020. Prior to that, she was an intern with Engle Printing & Publishing Co., Inc.’s marketing department during her senior year at Millersville University. Before graduating in 2019 with a bachelor’s degree in communications and a minor in journalism, Kaylee served as the managing editor of the school’s newspaper, The Snapper, and hosted an early-morning radio show at the student-run station. Originally from the Allentown area, she loves exploring the many hiking trails, small towns and community events that Lancaster has to offer. Outside of work, Kaylee enjoys weekend camping trips, photography and a new-found love of gardening. 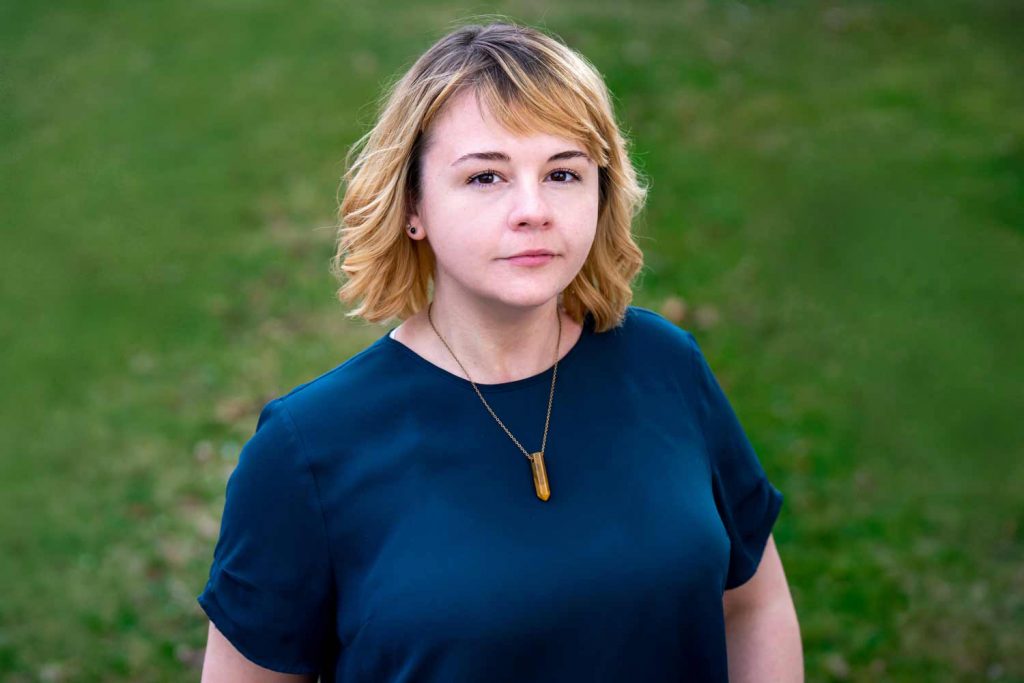 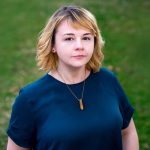 Ashley began as the art director for Lancaster County magazine in late October 2017. In 2012, Ashley received her BFA in graphic design from Tyler School of Art at Temple University. Born and raised in Philadelphia, Ashley now lives in Lancaster city and loves the sense of community around the burgeoning arts and music scene there. When not at work, Ashley can be found taking a walk around town with her husband and their dog or cooking up something new in the kitchen. 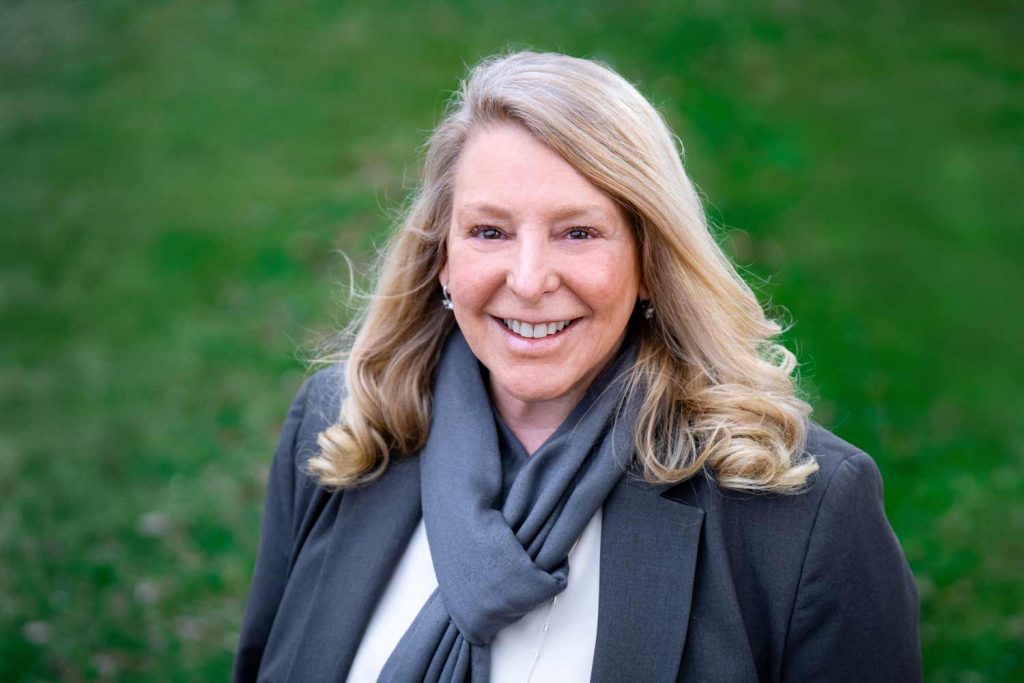 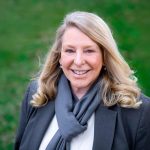 Karen joined the staff of Lancaster County Magazine in February 2020. She brings 30 years of sales experience and a passion for marketing and Lancaster County to the magazine. Karen was born in Westwood, New Jersey, but has called Lancaster County her home since 1974. She attended Indiana University of Pennsylvania, majoring in business administration. Karen was a sales representative for IDenticard Systems for 11 years, as well as an account executive for Clipper Magazine for eight years, serving the York market. Karen and her husband, Michael, live in Lititz and enjoy golfing, boating, sporting events and spending time with friends and family at their summer getaway in Lewes, Delaware. She enjoys music and songwriting in her spare time. The Stoltzfuses are the parents of a daughter who graduated from the University of the Arts in Philadelphia and is now enjoying an acting career in New York City. Karen enjoys meeting with and promoting the many businesses that make this county a wonderful place to live! 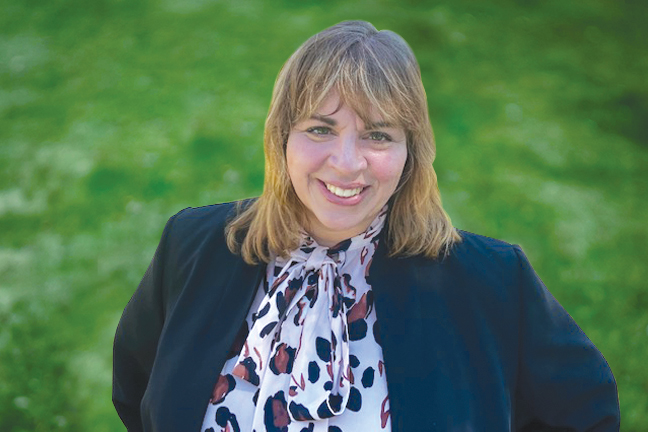 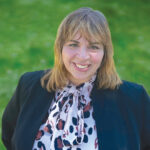 Tracy joined the staff at Lancaster County Magazine in August 2022. She has extensive experience in management and high-end retail sales, as well as an education in business administration from Millersville University. Tracy has lived in Lancaster County since she was a young child and has become very well-connected in the Lancaster community through volunteering and running a local music festival. Tracy loves the arts and dining scene in Lancaster and appreciates the sense of acceptance among the community. In her free time, Tracy enjoys old films, vintage clothing and jewelry, live music and spending time with family, friends and her two adult children. 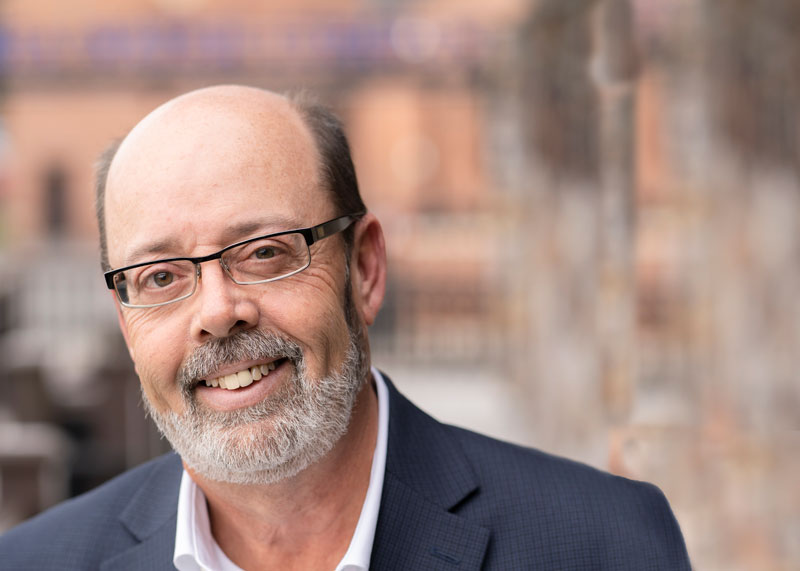 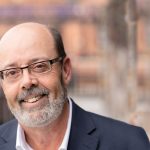 Sales Manager Greg March joined the staff at Lancaster County Magazine in November 2018. He has spent more than 35 years in the print media advertising industry, with 18 of those years as advertising sales manager for the Community Papers at Engle Printing & Publishing. Born and raised in Lancaster County, Greg graduated from Ephrata High School in 1981 and from Bloomsburg University in 1985, where he earned his bachelor’s degree in Communications. Now living in Lititz, where he has resided for over 25 years, Greg is an avid golfer and a fan of all sports. He enjoys listening to music, attending local events, and spending time with friends and family, including his two adult children and two young grandkids, who he “can’t get enough of.” 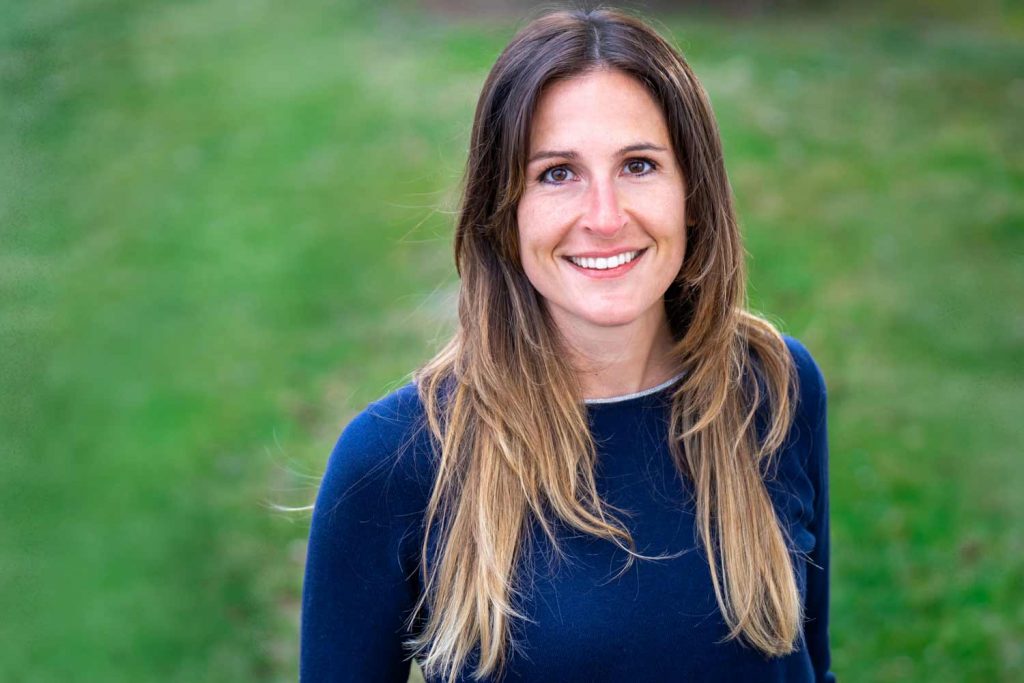 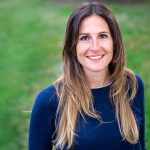 Jocelyn joined as publisher in 2013 after Engle Printing & Publishing Co.’s acquisition of the magazine from Brookshire Printing, Inc. She has been working for her family’s business as Director of Marketing since 2005. Born and raised in Lancaster County, Jocelyn attended Lancaster Mennonite School and graduated from Eastern University with a BA in marketing. She currently lives in Lancaster City and loves the vibrant downtown atmosphere, as well as everything the county has to offer. When she’s not working, Jocelyn is an avid runner who also enjoys yoga, weekend getaways to the beach and hanging out with friends.
Newsstand Locator