Who is the person behind the mask on this month’s cover? She’s the magazine’s publisher, Jocelyn Engle, who is very in tune with the ups and downs that have defined  2020.

Like many Lancaster County businesses, Engle Printing & Publishing Co., Inc. began small – it was founded in the basement of Alvin and Pauline Engle’s home in 1954 – but dreamed big, with publishing being added to offset-printing services five years later. The Engles’ lone shopper-style weekly paper grew to include 21 weekly community newspapers that are distributed in four counties, plus nearly one dozen specialty/lifestyle publications, including Lancaster County Magazine. In addition, customers from across the country utilize the services of the printing division.

When Alvin suddenly died of a heart attack at age 49, Pauline vowed to carry on. Family supported her efforts, including the Engles’ son, Charlie, who left college in the Midwest to return to Mount Joy and help his mother operate the family business. He went on to graduate from Elizabethtown College and serves as the president of the company. 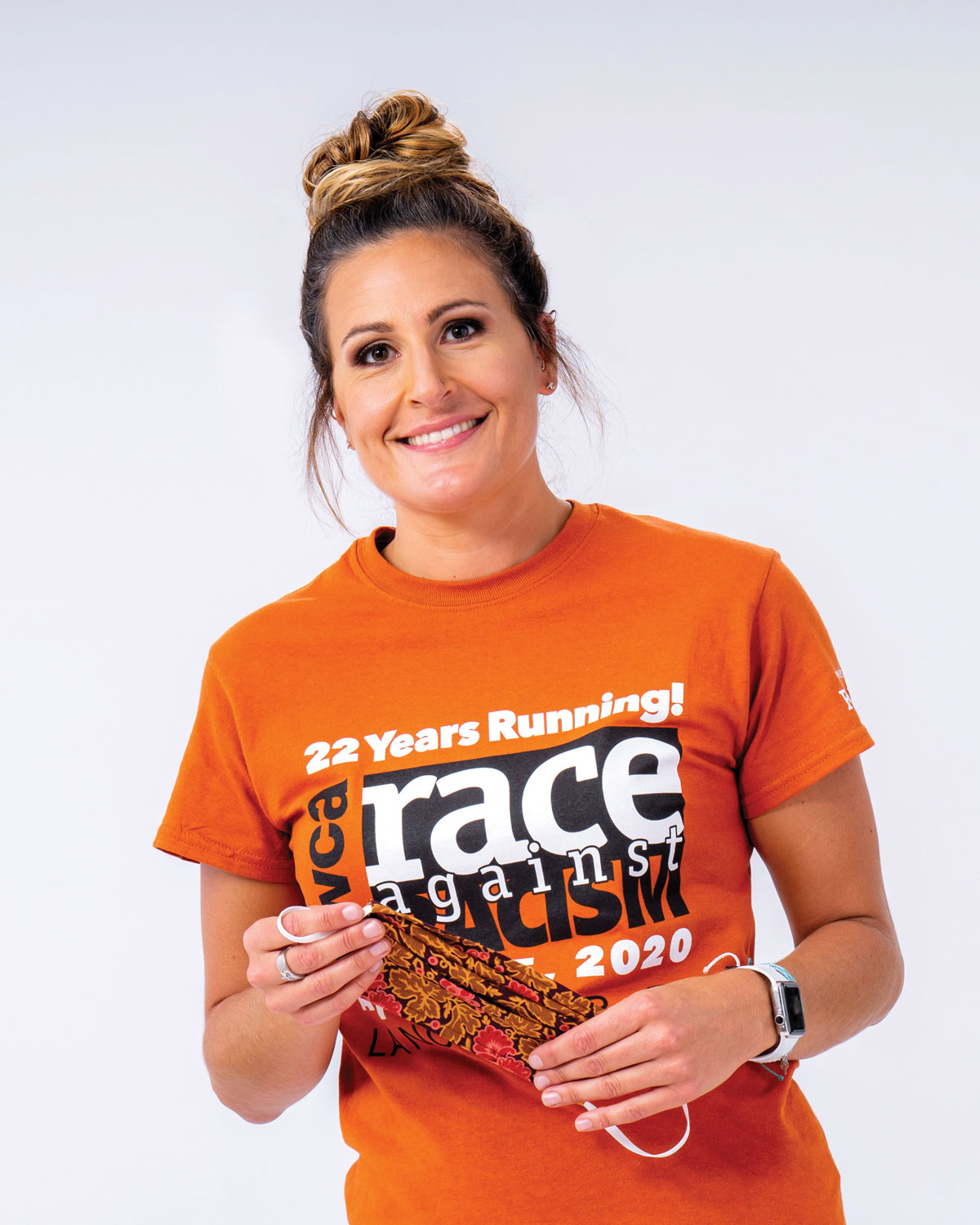 When Covid struck, Engle employed nearly 200 people. On March 27, when the stay-at-home order was announced by Gov. Wolf, Jocelyn, who is the granddaughter of Alvin and Pauline and the publisher of the aforementioned publications, was walking her dogs, Olive and Willow. “Suddenly, my phone was blowing up,” she recalls. “Employees were asking what the proclamation meant. At first, we were unclear what it meant for us; our team needed clarity for what was deemed essential and nonessential.”

Because it is a communications company, Engle was granted essential status. Still, moving forward would be a challenge, as it immediately became obvious that the company’s products would be impacted by the loss of advertising revenue. “The aftermath [of the proclamation] created a domino effect,” she explains.

“Crisis mode” are the words Jocelyn uses to describe the following four weeks. “I didn’t sleep,” she admits. “Every time the governor spoke, we held our breaths. We became accustomed to things changing on a day-by-day, even hour-by-hour basis.”

Looking back, Jocelyn says Covid made her realize just how dependent the company is on its employees – many of whom are now working from home – and vice versa. “Knowing that we help to support nearly 200 families is a huge weight to bear,” she says. “Our employees are like family.”

Sadly, the Engle family and company lost its matriarch in late September, with the passing of Pauline.

After graduating from Leadership Lancaster five years ago, Jocelyn became a judge of elections at one of the city’s polling places. “Being involved in the election process has made me aware of how absolutely important it is to vote. Voting has a direct impact on local and state policies. As a business owner, I’m aware of the many ways government policies – local, state and federal – impact us and with it, our employees.”

For those feeling uneasy about voting at your polling place, Jocelyn was impressed by the steps that were taken during the primary to ensure the safety of visitors. “I felt very safe,” she says.

Jocelyn also helped to ensure that polling places across the region will be adequately staffed on election day. “We advertised for poll workers in all our community newspapers and had a great response,” she notes.

Jocelyn credits the event that is sponsored by the YWCA Lancaster for putting her on the road to becoming a marathon runner. “I started running in college to help ward off the Freshman 15,” Jocelyn explains.

After graduating, she began running with her sister, Janelle. Race Against Racism was the first 5K she attempted. “I had to walk part of it,” she recalls. She’s proud to be associated – as a media sponsor – with the Lancaster edition of Race Against Racism, which is regarded as the longest-running event of its kind in the country. Next year’s event (number 23) will be held April 24. No doubt, it will put renewed emphasis on Lancaster’s stance against social injustice and the call to “say their names” in memory of Ahmaud Arbery, George Floyd, Breonna Taylor, Ricardo Muñoz and others.

Running ultimately became an outlet for Jocelyn. “Not only is it good for you from a physical and mental health perspective but it’s helped me to build relationships. There’s nothing like meeting up with your training buddies at 4:30 in the morning. It’s also provided me with a way to compete against myself. It’s an amazing experience to cross the finish line of a marathon and learn you’ve run your best time,” she says of past experiences in Chicago, Las Vegas and other cities. Next stop (hopefully) is Waco in April (with a side visit to the Magnolia Home complex). 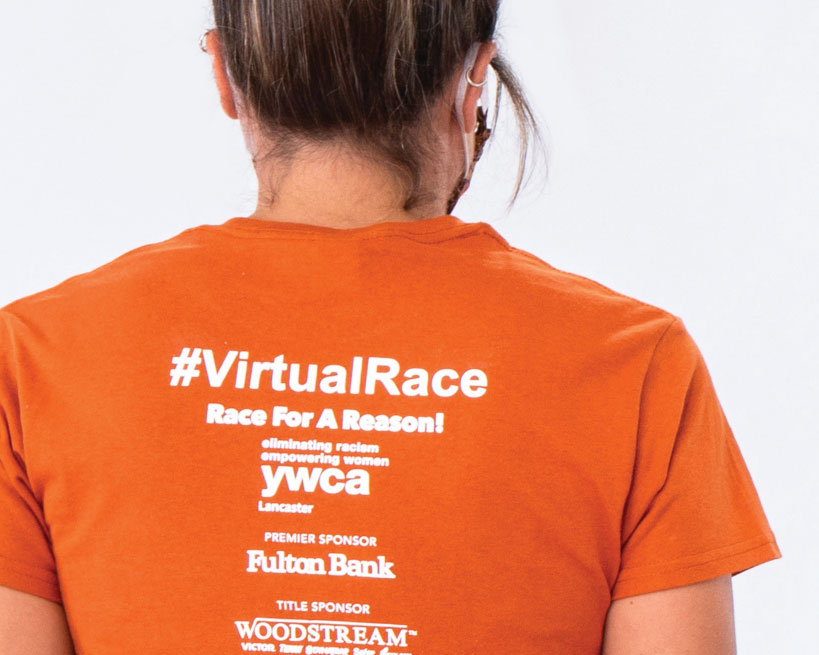 In addition to comfort food, we have been craving comfort fashion during the pandemic. Yoga pants have inspired the new look in legwear. “The look has become a fashion essential,” says Kris Pryer of Festoon, located in Lancaster. For the photo shoot, Festoon provided two options that exude comfort and style. “I’ve totally adopted the yoga-pant craze,” Jocelyn says. “For me, it’s all about comfort – and elastic waistbands!” 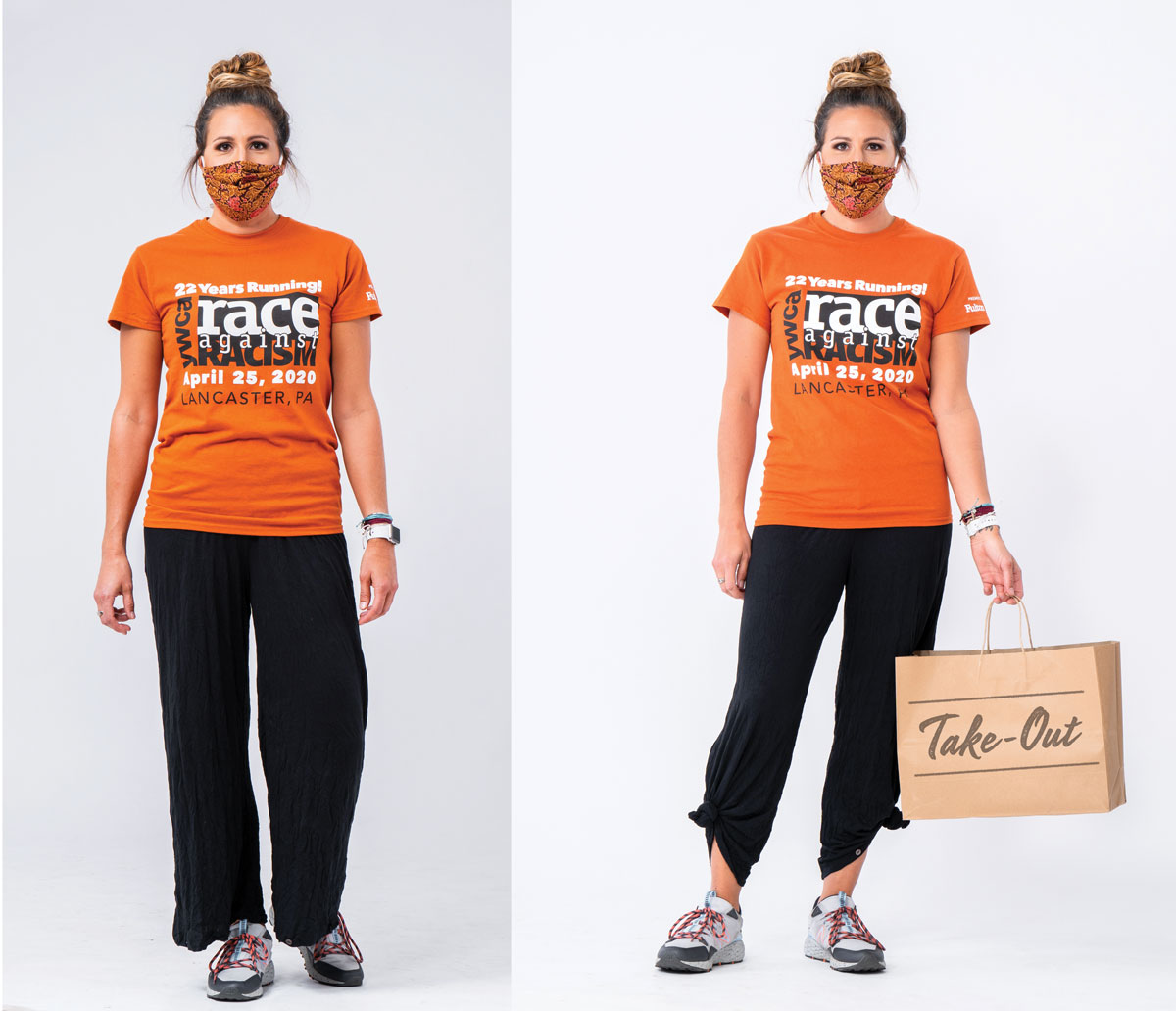 On the cover, Jocelyn wears leggings from Sympli, a Canadian company that offers an incredible selection of mix-and-match, jersey-knit tops, tunics, bottoms and dresses. Festoon hosts two Sympli trunk shows per year. Here, she wears a pant from Chalet (made in the USA) that can go from free-flowing to cinched at the ankles with a quick knot or a series of buttons. The poly/bamboo fabric makes them incredibly comfortable. Owner Kathy Frey and her team have gone above and beyond to ensure a safe and inspiring shopping experience. Shopfestoon.com.

You can’t go anywhere – grocery, big box, department or specialty store and Amish-owned businesses – and not see masks for sale. “Masks are essential for me to see my family,” Jocelyn says of her parents as well as the “loves” of her life – her three young nephews. “Not seeing them has been the hardest thing to cope with. They are my ‘heart’ and I missed them terribly.”

Festoon made a connection with Robin Timpson (ReCreations by Robin) of Narvon, who creates one-of-a-kind clothing for people and dogs, and added her masks to its “Made in Lancaster” selection of products. Robin, who began making masks in March, uses cotton fabric that is fun, colorful and seasonal. In early July, she passed the 1,500 mark and is still going strong. Visit her on Facebook.

Jocelyn turned to Michelle Smoker, a senior stylist at Bristle & Prim in Lancaster, to create a “messy” bun and smoky eye for her cover look. “I’ve just been pulling my hair back or up,” Jocelyn says of her Covid style. As for the eye makeup, she shared, “I think this is like the third time I’ve had makeup on since March!”

Jocelyn, who lives in the city and loves to cook, has been doing her part to support Lancaster’s restaurants by placing her share of take-out orders. She names Luca, The Belvedere Inn, Rice & Noodles, Isaac’s, Callaloo Trinidadian Kitchen and “pizza places too numerous to list” as her go-to take-out destinations. “I’ve also done food trucks and I began to venture out with friends and family to places with outdoor dining such as Shot & Bottle, Luca, Park Bar [Pressroom], C’est La Vie, The Exchange and the Zoetropolis complex. I ate inside at the Greenfield Restaurant & Bar and felt perfectly safe.” 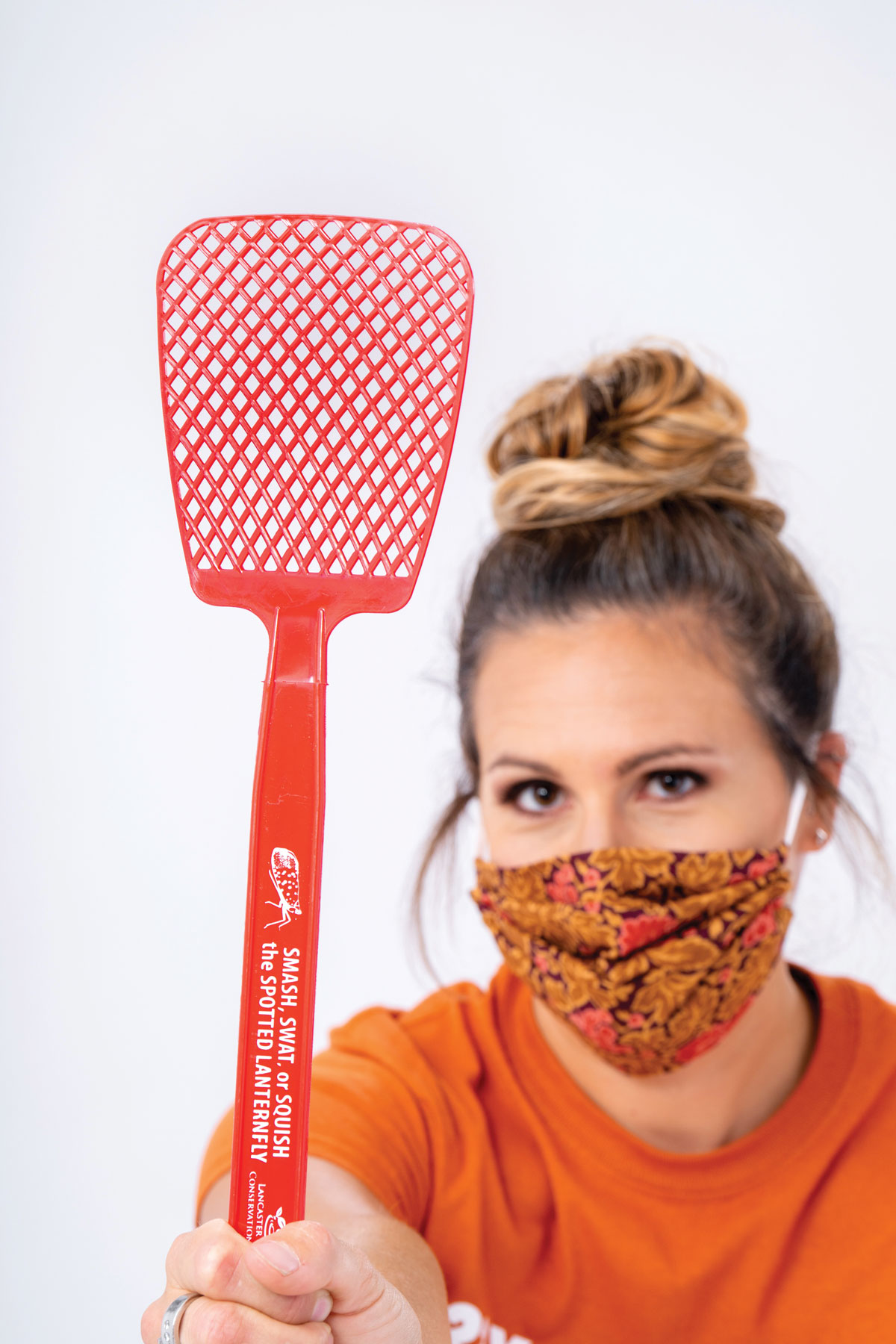 This was Jocelyn’s first summer to have a garden. “I started with tomatoes and herbs,” she explains. “They grew like crazy!” She also became aware of spotted lantern flies. “Oh, they are horrible. They buzzed around my backyard and covered my front porch. I’d try to step on them while I was running.”

A Covid Take Away

“I’ve learned that it’s important to be more invested in people than experiences,” Jocelyn philosophizes. “I’ve missed being with my friends and family. Willow and Olive helped to keep me grounded – it was nice to have some other living beings in the house.”