I’ve always been a fan of the “Best of” issues that are produced by Philadelphia and Washingtonian magazines. In fact, they inspired the launch of a “Best of Lancaster” Readers’ Survey back in 1990. I compiled a list of categories and hoped that a few ballots would be returned. To my shock, several hundred arrived on my desk. A tradition was born.

Until this year, we only inserted ballots into the May or June issue. This year, we streamlined the questionnaire and took it into the 21st century by providing an online version, too. Again, we were amazed by the response.

To be honest, we didn’t know what to expect and questioned whether the businesses that have dominated their categories over the past 25 might take a back seat to newer models. Well, that didn’t happen. Granted, new names surfaced, but companies that have been mainstays over the past 25 years remained Lancaster’s favorites. I suppose you could attribute the success of companies such as Hammond Pretzel Bakery, Yorgey’s & Filling’s Fine Cleaning, Isaac’s Famous Grilled Sandwiches, WGAL and Royer’s Flowers & Gifts – all of which have perfect 25 for 25 showings – to old-fashioned customer and community service that never goes out of style.

Here’s to the winners,

Hammond Pretzel Bakery has won the “Hard Pretzel” and “Pretzel/Snack Food” categories
25 out of 25 years. 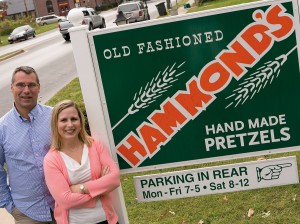 At hammond pretzel bakery, the pretzel-baking process is a balance of art and science – and it varies very little from when founder Bill Lichty started rolling dough in his garage in 1931.

“It’s a learned art,” says Bill’s granddaughter, Karen Achtermann, who operates the bakery with her brother, Brian Nicklaus (their parents, Carol and Tom Nicklaus, are semi-retired).

All told, about 15 employees produce 1,500 pounds of pretzels per day – or more, depending on the time of year – all by hand. Varieties made on-site include regular, salty, extra-salty, low-salt, no-salt and dark; the bakery also features flavored pretzels, chocolate-covered pretzels, pretzel dips and Shenk’s cup cheese (Karen’s husband, Karl, took over that business in 2000). As for the “Hammond” name, that comes courtesy of Bill’s grandfather and next-door neighbor, a baker since the 1800s who provided the all-important pretzel recipe. And, the bakery is still located at the rear of the former Lichty and Hammond households along the 700 block of South West End Avenue in Lancaster Township. 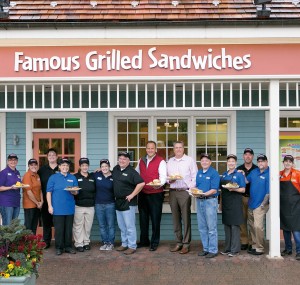 Phil Wenger’s idea was to create a different kind of restaurant. That mission took wing in 1983, when the first Isaac’s opened in downtown Lancaster. Today, 18 locations can be found throughout South Central Pennsylvania.

Isaac’s was an immediate sensation. The menu was unlike any that was available in Lancaster County. Unsuspecting people who overheard conversations relating to birds probably thought Lancaster was the most bird-happy place on earth. They soon learned people were talking about Isaac’s sandwiches, all of which have bird names.
Phil is also a people person and in his opinion, happy employees make for happy customers. “Employees are our greatest asset,” he says. He believed they should be “lifted up, honored and appreciated.” To do so, he provided an enviable benefits package – even for part-time employees – that would encourage them to view their jobs as long-term. As a result, dozens of employees have been with Isaac’s from day one.

His goal was also to nourish the community in other ways. Thus, Isaac’s involved itself in fundraising, helping to support organizations that benefit Lancaster in innumerable ways. Volunteerism among employees is also encouraged. “We’re very connected to the community,” says Phil. “We’re not your ordinary flock.”

But, like any successful business, Isaac’s can’t rest on its laurels. In order to maintin another of Phil’s goals – staying power – ongoing renovations of real estate and the menu keep the Isaac’s brand fresh and engaging. As for Phil, he has stepped back from the demands of running the company to concentrate on other interests and causes; Mike Weaver has joined the flock and now serves as President and CEO.

Kim is the winner of this year’s “News Personality” category; in the past, she has won the “News Anchor” category 23 out of 24 years. WGAL has won “TV News Broadcast” 25 out of 25 years. 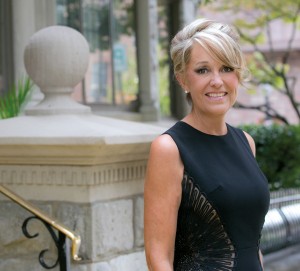 You might call kim, who will mark her 35th anniversary with WGAL on November 7, the quintessential baby boomer. She was among the young women of that generation who decided they could do it all, pairing traditional roles with non-traditional careers. For Kim, her “aha!” moment came while making morning announcements over the closed-circuit-television system at Manheim Township High School. Despite the lack of female faces being seen onscreen for serious news reporting, her goal was to become a television reporter. She set off on her career path by earning a degree in Speech Communications and Theatre from Clarion University.

Still, she had to bide her time. Luckily, a conversation with WGAL’s own trailblazer, Marijane Landis, set the wheels in motion. Marijane shared that she would soon be retiring and her weather-girl position would be open. With Marijane’s blessing, Kim became the “Sunday Night Weather Girl” in 1979. Nine months later, she was given the opportunity to become part of PM Magazine, a nationally syndicated show that featured localized hosts and storylines. When the show ceased production in 1985, Kim joined WGAL’s news department, becoming a reporter and an anchor for its various newscasts. She has more than a dozen Mid-Atlantic Emmy Awards to her credit, as well as numerous Associated Press Awards.

As for the more traditional role, Kim and her husband, John MacIver, are the proud parents of two daughters, Megan and Morgan, both of whom live in the DC area. And, as many of us are aware, five years ago, Kim took on the role as caregiver when John was diagnosed with Lewy body dementia. This unfamiliar and lonely role prompted her to found the Susquehanna Valley Lewy Body Dementia Support Group. Then, a year ago, her beloved mother, Shirley Lemon, suddenly passed away. Through it all, Kim says that working has been her saving grace – that and the kindness of strangers. She continues to be stunned by the messages of support WGAL’s viewers have sent her over the past five years.

Royer’s Flowers & Gifts has won the “Florist/Floral Design” category 25 out of 25 years. 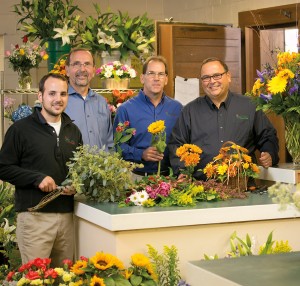 Who would have guessed a successful business would be rooted in an African violet? Hannah Royer’s violets and floral arrangements were so popular in Lebanon that in 1945, she and her husband, Lester, converted their two-car garage into a shop. Seventy years later, the Royers’ grandsons are guiding the company, which includes 17 stores in South Central Pennsylvania. The Royers’ great-grandchildren are now starting careers in the family business.

President and CEO Greg Royer says that his grandmother’s rule of “never saying no” continues to set the tone for the Royer’s brand of customer service, the hallmarks of which are quality and value. As for the company’s impressive performance over the years, Greg attributes it in great part to its employees. “There are so many good floral designers out there that it drives us to be even better,” he remarks.

Yorgey’s & Filling’s Fine Cleaning has won the “Dry Cleaning” category 25 out of 25 years. 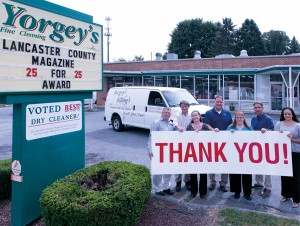 “That’s old-school yorgey’s!” proclaims Craig Givens, co-owner and operations manager for Yorgey’s & Filling’s Fine Cleaning, as he points to a seamstress – concentrating on a stitch and wearing scissors on a chain around her neck – at the company’s main plant on Columbia Avenue.

When Craig says “old school,” he means it. The Yorgey’s part of the cleaning and alterations company dates back to 1927; Craig and his brother-in-law, Abe Weidman, bought the business in 1994. The Filling’s part dates to 1929, when a man named Frank Filling set up a pressing and tailoring operation in Lancaster that eventually branched out into professional cleaning and clothing sales. (In fact, Filling’s continues as a thriving fashion store on College Row and was voted #1 Men’s Fashions in this year’s survey.)

Yorgey’s and Filling’s were friendly rivals for decades, as they shared a focus on excellent service and customer care. In 1998, third-generation Filling’s owners J. Jay and Mary Beth Filling decided to get out of the cleaning business, and merged that portion of Filling’s with trusted competitor Yorgey’s. Craig and Abe kept the “Filling” name as a sign of respect and continued commitment to the Lancaster area. “Lancaster is home of the small business,” Craig says.

Today, Yorgey’s & Filling’s Fine Cleaning has eight store locations throughout Lancaster County, while its complimentary pickup and delivery service stretches into Dauphin and Lebanon counties. In recent years, the company has increased efforts in keeping a greener environmental profile: It has reduced its annual use of cleaning solvent by more than 95%, and employs recycling and conservation practices wherever possible. 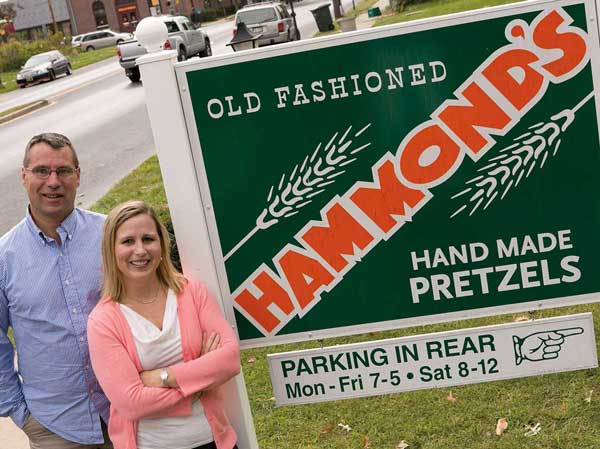