When the 70th birthday of Martine Cajas’ father approached, planning the celebration was a piece of cake. After planning dozens of beautiful weddings and making hundreds of dazzling cakes for others’ milestone celebrations, Martine – the owner of the couture cakery, House of Clarendon, and host of the bridal-themed reality show Dream Weddings – simply picked up the phone and called Central Pennsylvania’s best party-related vendors, who also happen to be his colleagues and friends.

Although martine’s father, Ivan Cajas, lives in New Oxford, Adams County, much of his life was lived in Peru, South America. A celebration marking seven decades of a well-loved man’s life includes many friends and family members – 120 of them traveled from as far away as California, Florida and Lima, Peru to join the celebration, which was held on an 80-acre property in Hallam, York County. Owned by Martine’s maternal uncle, Manuel Torres (who also owns the South American-style restaurant El Serrano in Lancaster), this sprawling acreage known as La Finca is planned to become a wedding destination and a winery. On a late summer day in September, it was the site of Ivan Cajas’ surprise 70th-birthday celebration. 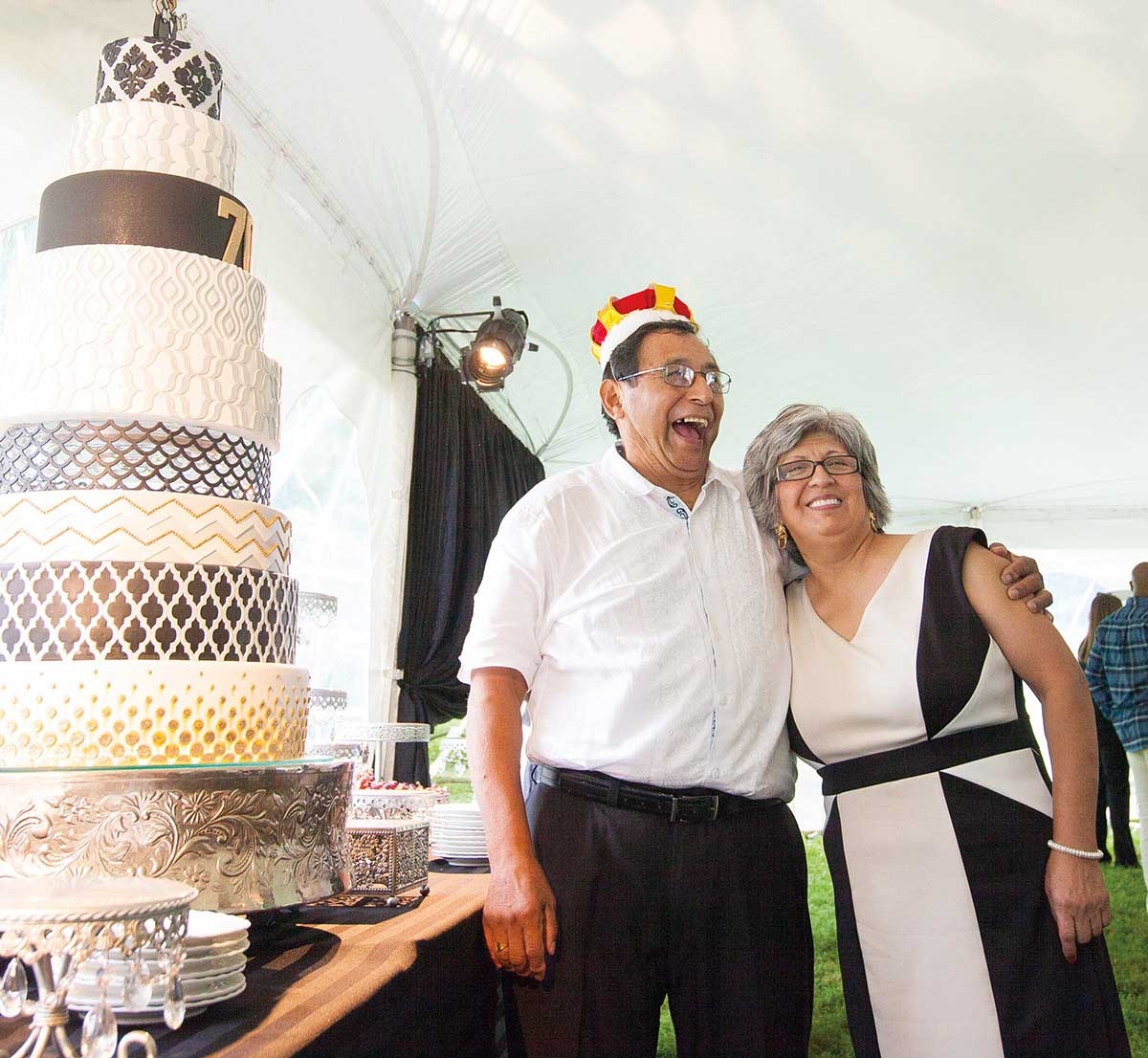 Ivan Cajas thought his birthday was going to entail a quiet family dinner. To his surprise, friends and family had come from near and far to help him celebrate. He’s pictured with his wife, Carmen.