When professional model Hailey Hildenbrand turned 21, she hopped on a private jet with her celeb peeps and flew to Vegas for her favorite sushi – NOT! Instead, friends and family created a beautiful celebration along the Conestoga River for Hailey’s homecoming, welcoming her back to her Lancaster County roots. 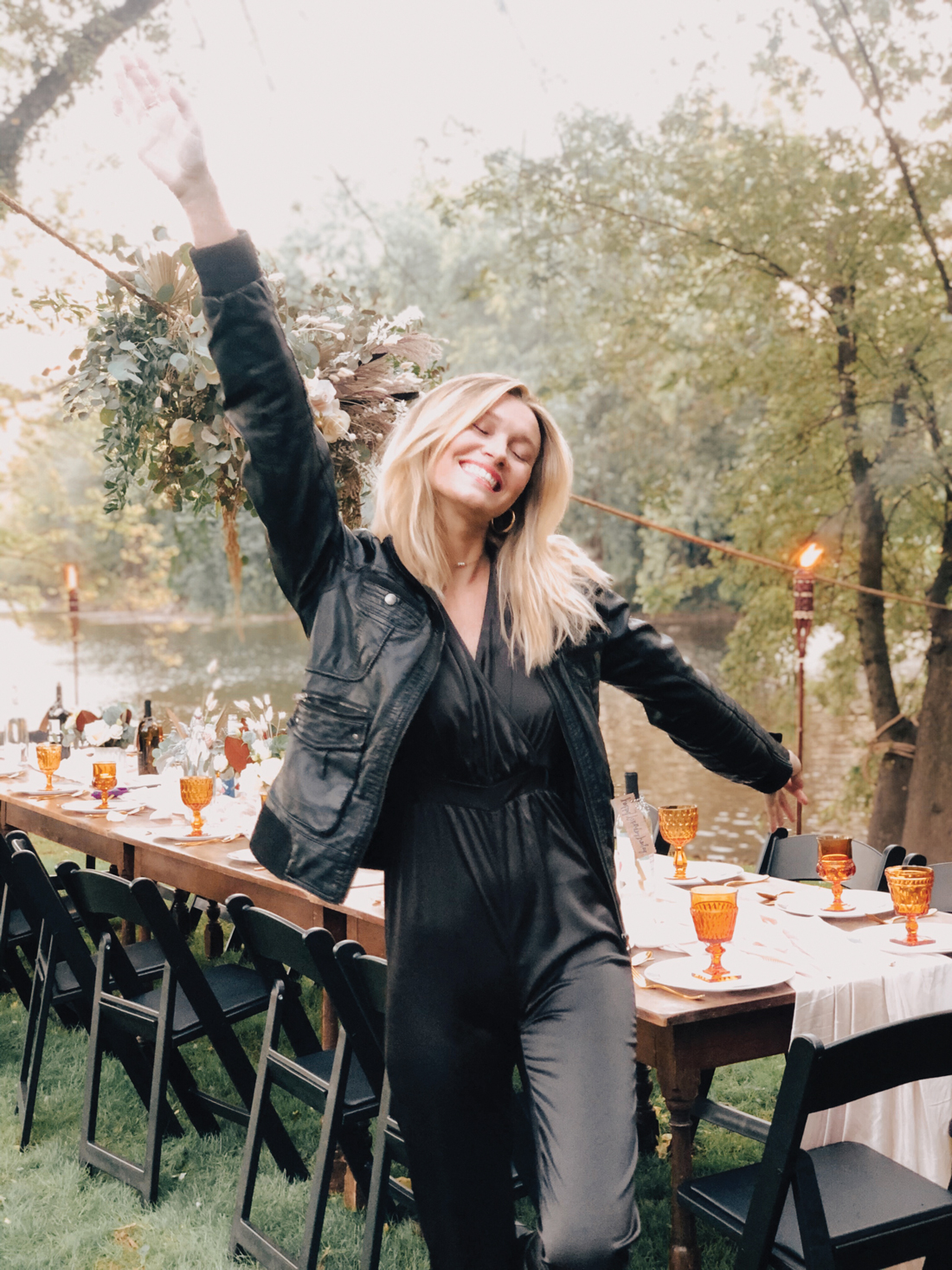 Hailey Hildenbrand expresses her happiness upon seeing the setting for her 21st birthday party. She knew she was coming home to a celebration but Carey Bender’s lovely riverside setting was a total surprise.

New York. Los Angeles. Miami. Strasburg. It may be a challenge to connect the dots among these chic destinations and our quaint Lancaster County town, but not for Hailey Hildenbrand. Hers is a hot name in the modeling biz, a Next model whose beautiful blonde beach waves and lithe 5-foot-8-inch frame have propelled her into print modeling for swimsuits, hair products and fashion. 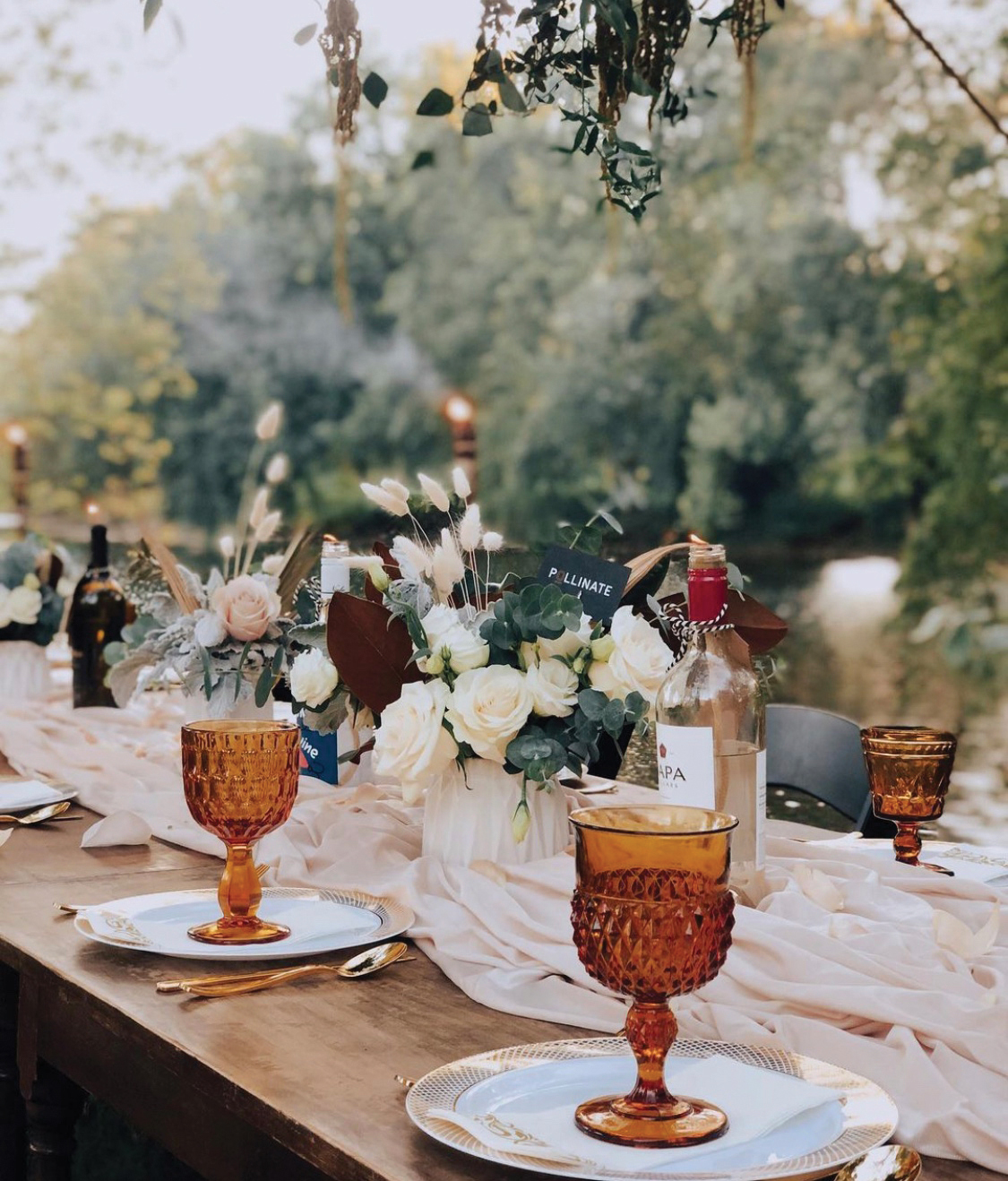 The vintage amber-hued goblets reflected the autumnal tones of the riverside setting.

An avid volleyball player for Lampeter-Strasburg High School’s team, Hailey was discovered while spiking the ball at a volleyball tournament at the Philadelphia Convention Center during her junior year. Who knew volleyball tourneys are a great source for talent scouts in search of lanky, athletic girls! “I was approached by Beth Boldt, the scout who discovered Naomi Campbell,” recalls Hailey. A few months later, the Strasburg-born-and-raised beauty was headed to California, eventually signing with worldwide Next Model Management.

For Ron and Jessie Hildenbrand, their daughter’s new venture was not a worry. “Hailey has always been mature and independent,” says Jessie. “She is a faith-based girl who was raised with our family values in a small town.” 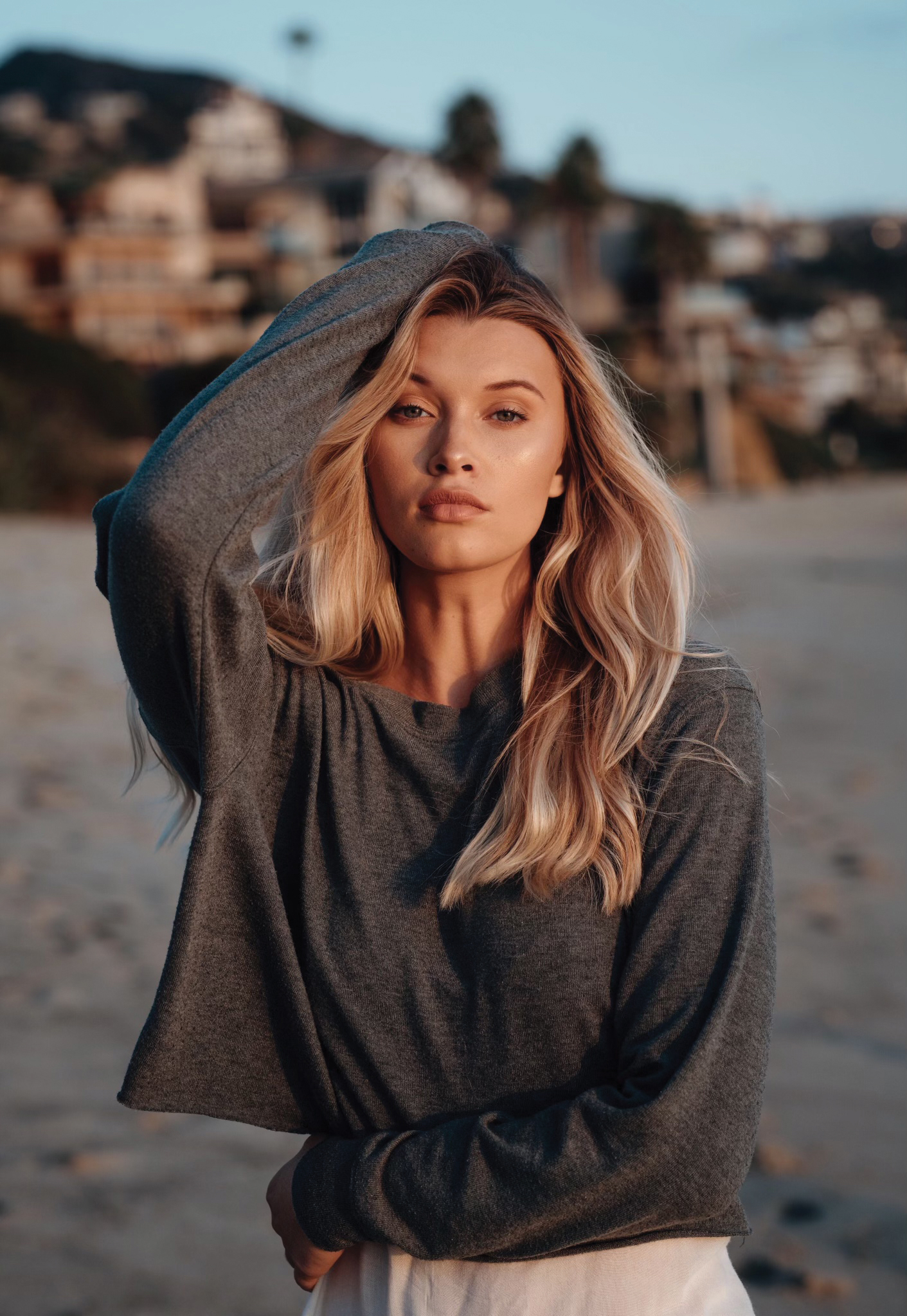 Hailey describes her mother’s best friend, Carey Bender, as “a second mom to me,” and so, Carey sweetly offered to host Hailey’s 21st birthday celebration at her West Lampeter Township home. “I love to entertain, and it always seems more special to me when someone opens their home rather than using a rented property,” says Carey. She and her husband, Reagan, and their two young children, ages 8 and 4, enjoy a beautiful view from their 1.5 acres overlooking the Conestoga River. “It’s a little hike from the house to the river,” Carey explains. “But, it seemed like the perfect setting for Hailey’s personality and her natural beauty.” 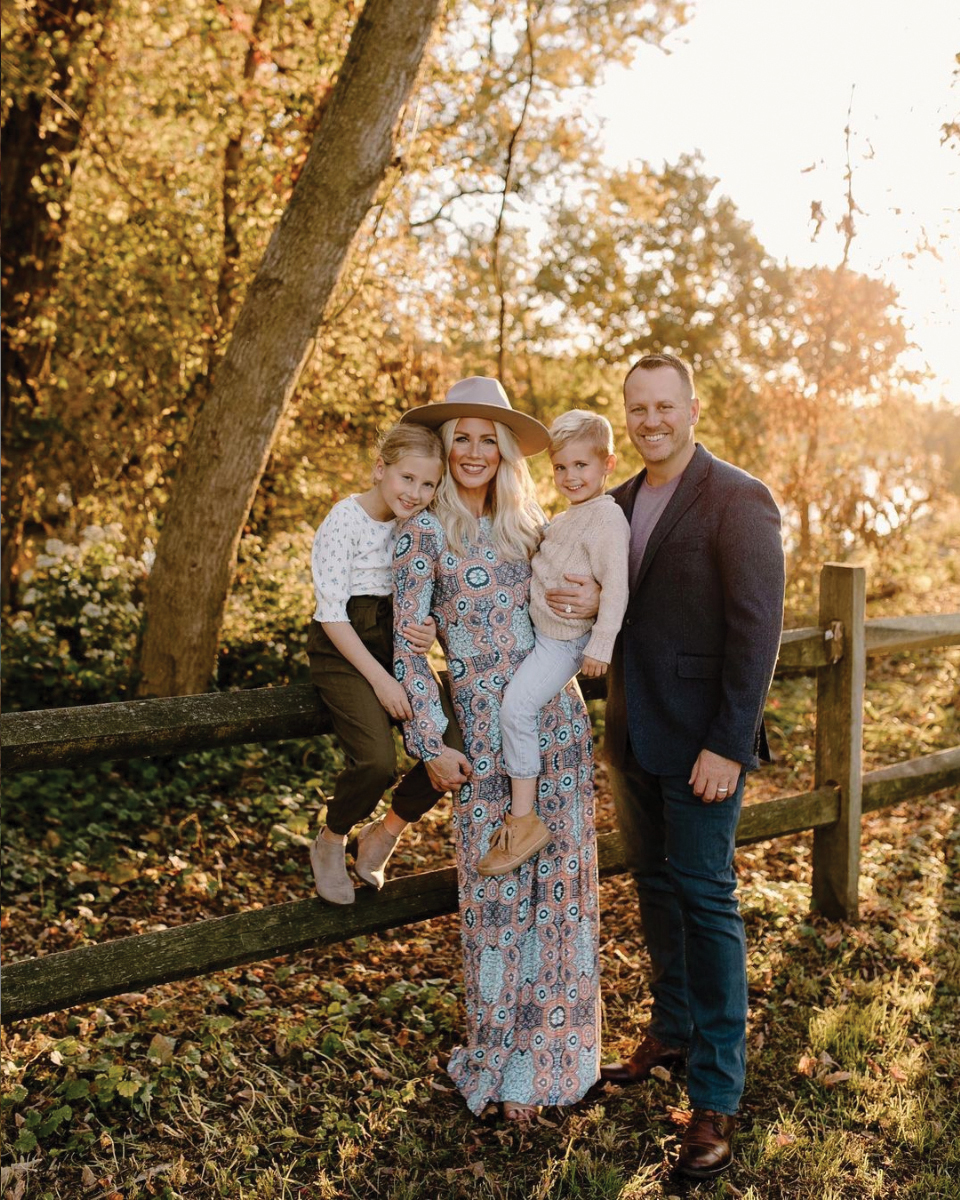 Hostess of the party, Carey Bender, with her husband, Reagan, and their children.

Carey’s love of the “boho-chic” lifestyle shined in the outdoor setting for the party. Using neutral colors, she anchored the tablescape with a flowy textural runner, gathered and bunched in the center of a long, natural wood farmhouse table from Caroline’s Rentals in Paradise. Empty wine bottles filled with lamp oil and topped with ceramic wicks allowed for real flames without the risk of candle wax spills. Tea lights provided additional ambient light, while amber goblets added warmth to the tablescape. 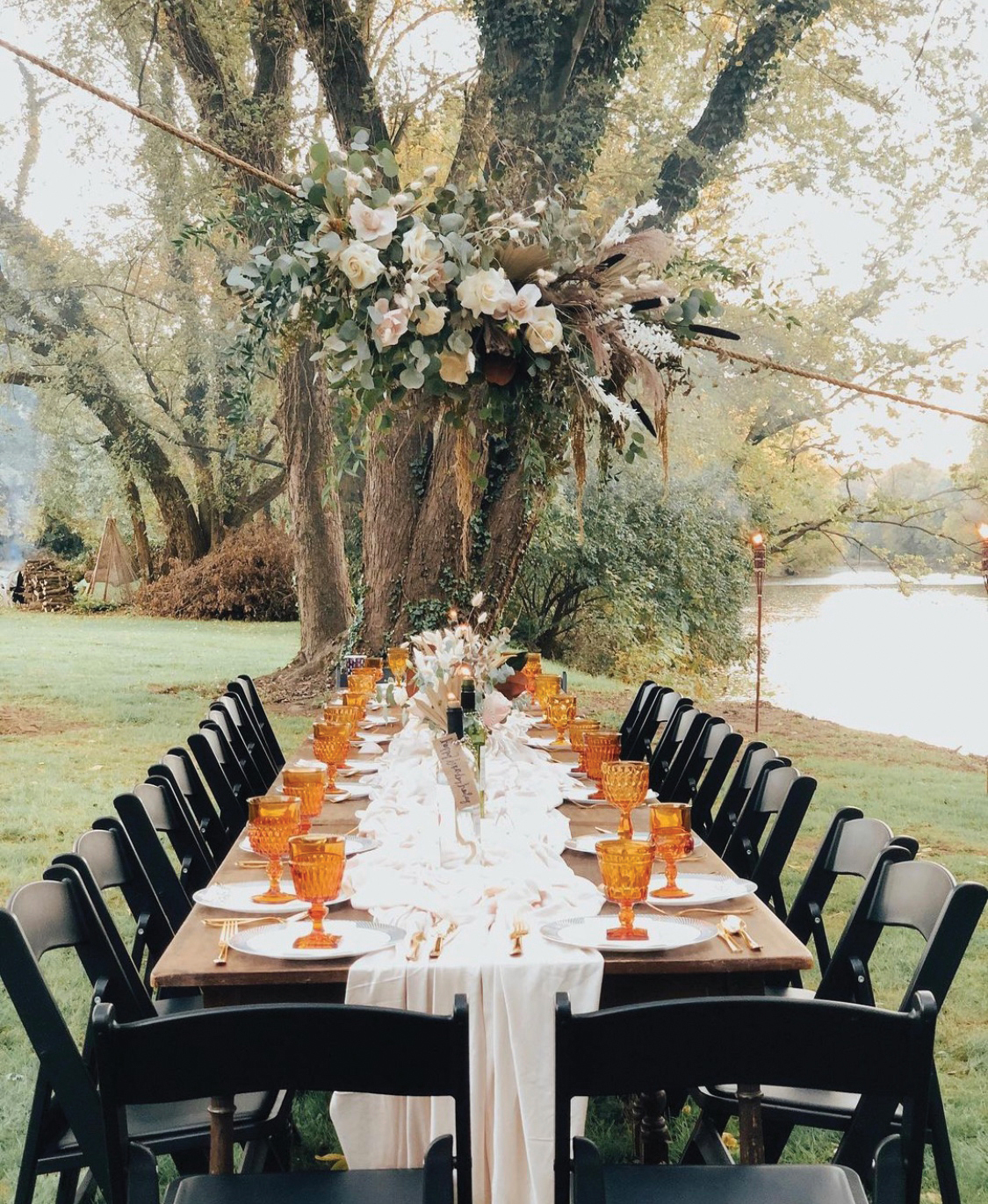 The “centerpiece” was a spectacular arrangement of pastel florals and abundant greenery, suspended above the table on a 65-foot rope, tied between two trees. Christine Graham, owner and designer at Pollinate in Strasburg, conceptualized the dramatic overhead arrangement. “Christine’s work looks like it could have grown there,” notes Carey, who aims for an organic look rather than a “decorated” effect. Likewise, the soft, earthy approach reflected the guest of honor’s taste. “Bright florals wouldn’t have suited Hailey,” she notes. “This spoke to her style.” Five small arrangements on the table echoed the large hanging arrangement in a combination of dried and fresh florals. 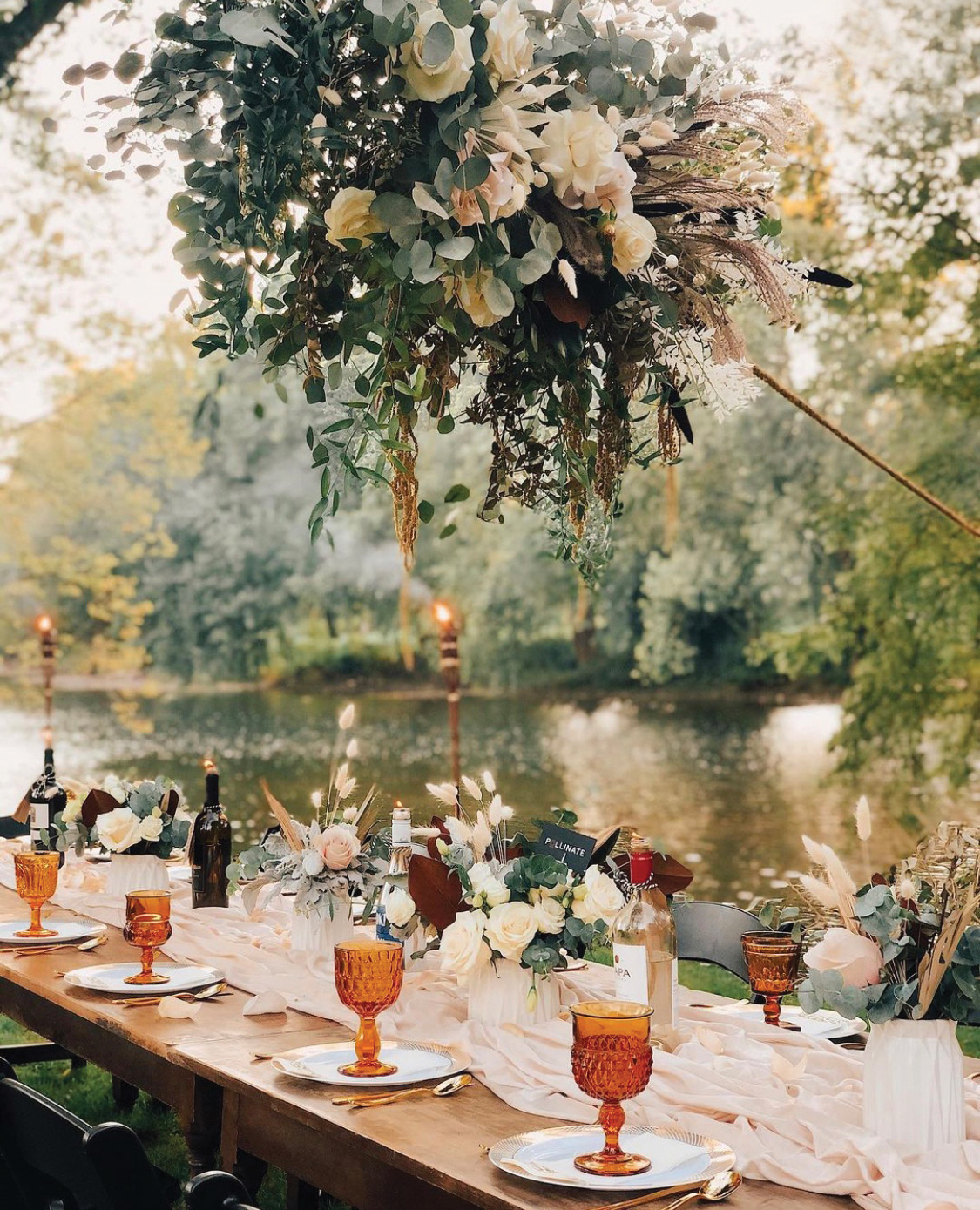 While the late fall event was held amid pandemic concerns, the menu for the small gathering was purposely simple. Charcuterie boards for grazing were followed by sushi from Hailey’s local favorite, Wasabi Japanese Restaurant in Willow Street, allowing for individual servings and no onsite preparation and easy cleanup. Couture Cupcakes was sourced for updated individual servings rather than a traditional cake. After dinner, guests moved to seats surrounding the nearby firepit, thoughtfully accessorized with blankets as the night turned chilly.

Last December, Hailey realized another milestone: she became engaged to L.J. Benet, a young man she met several years ago at a church service while she was in California exploring options with modeling agencies. Where did the proposal happen? In the same spot as her 21st birthday celebration, the Benders’ picturesque backyard. The couple plans to tie the knot in December 2021. 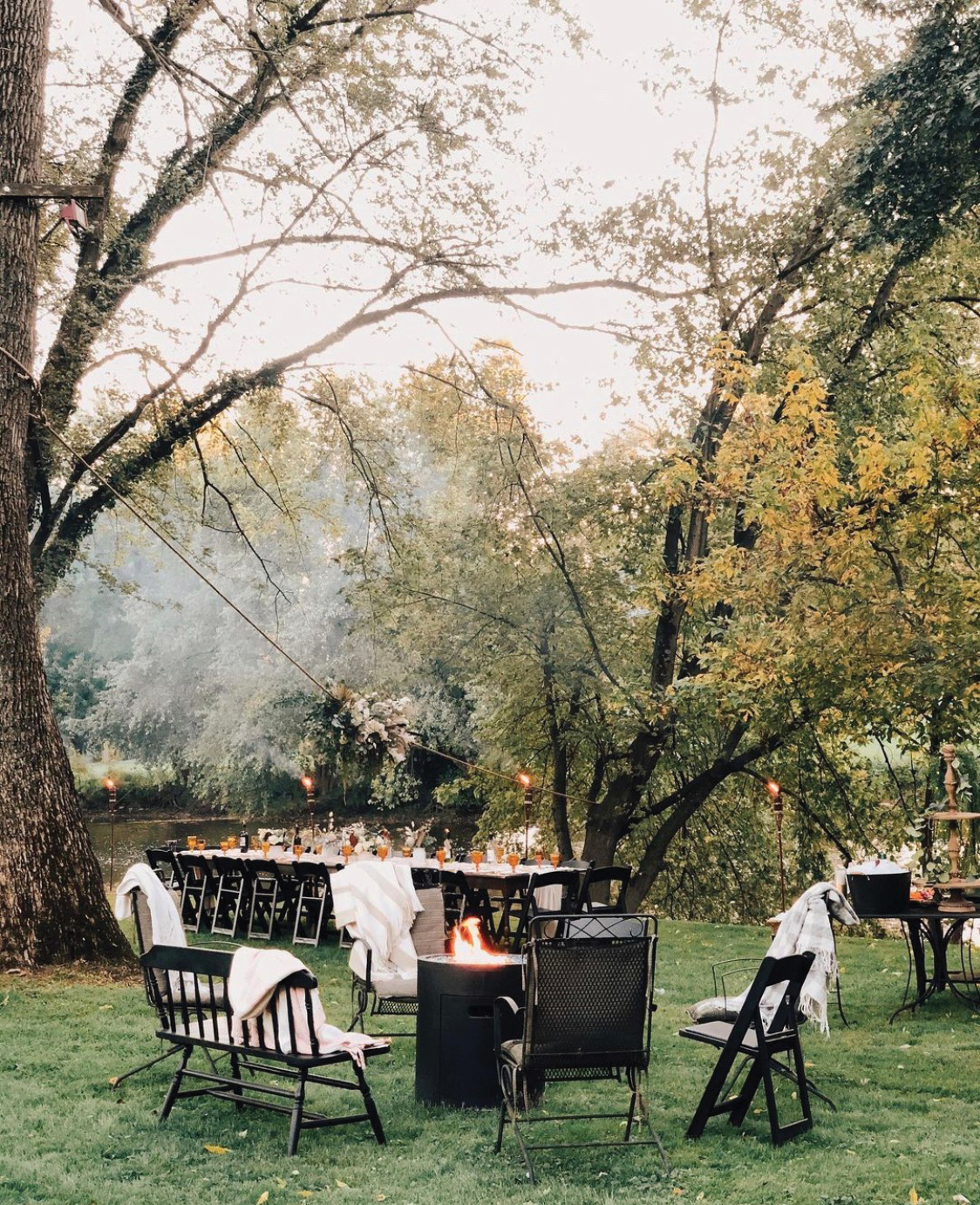 Guests wrapped up in blankets around the firepit to extend the evening. “A fire ring is a great guy hangout,” says Carey. 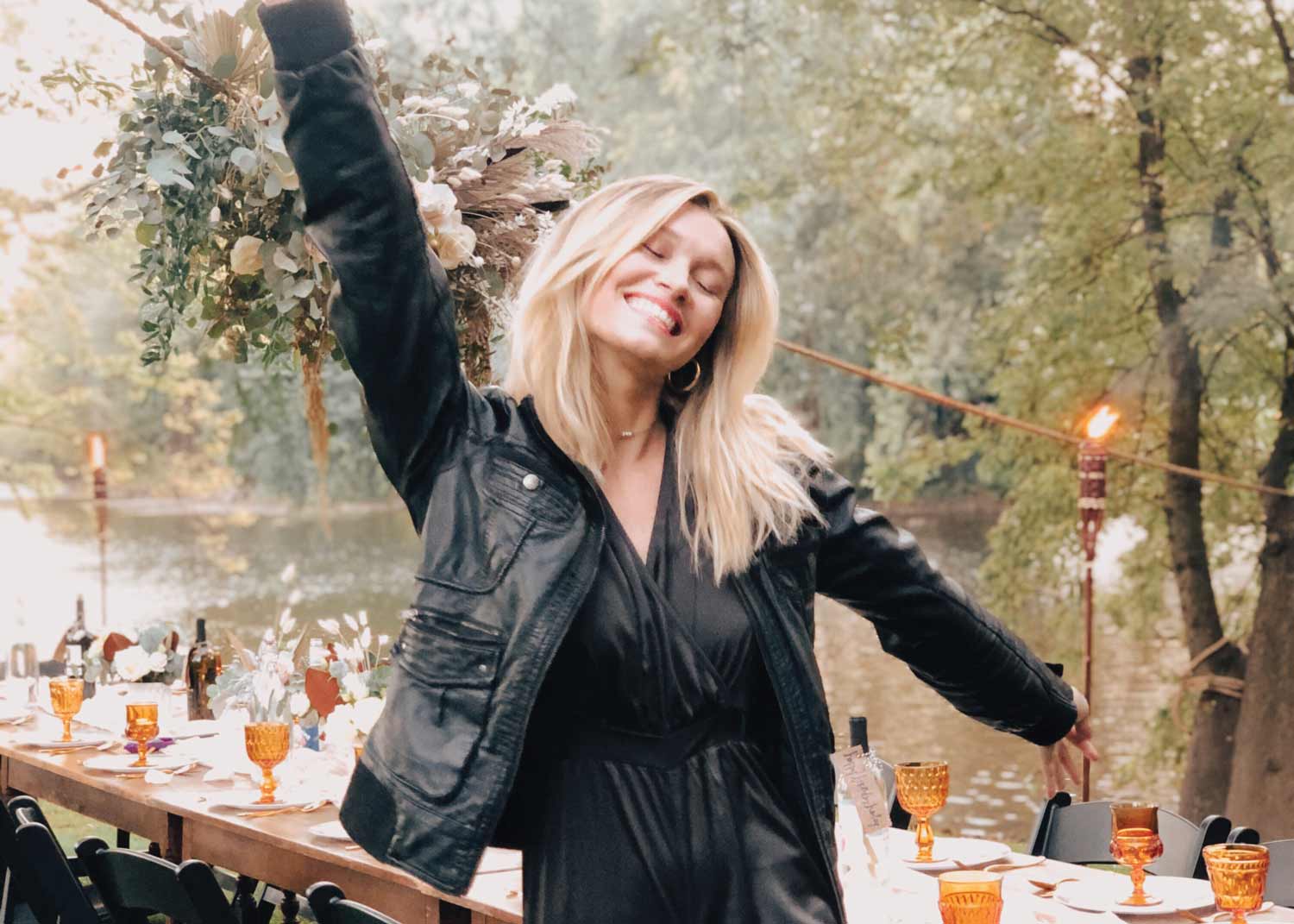