The 10th installment of Keys for the City, a summer-long Lancaster City tradition and fundraising event that benefits Music For Everyone, kicks off on May 18. 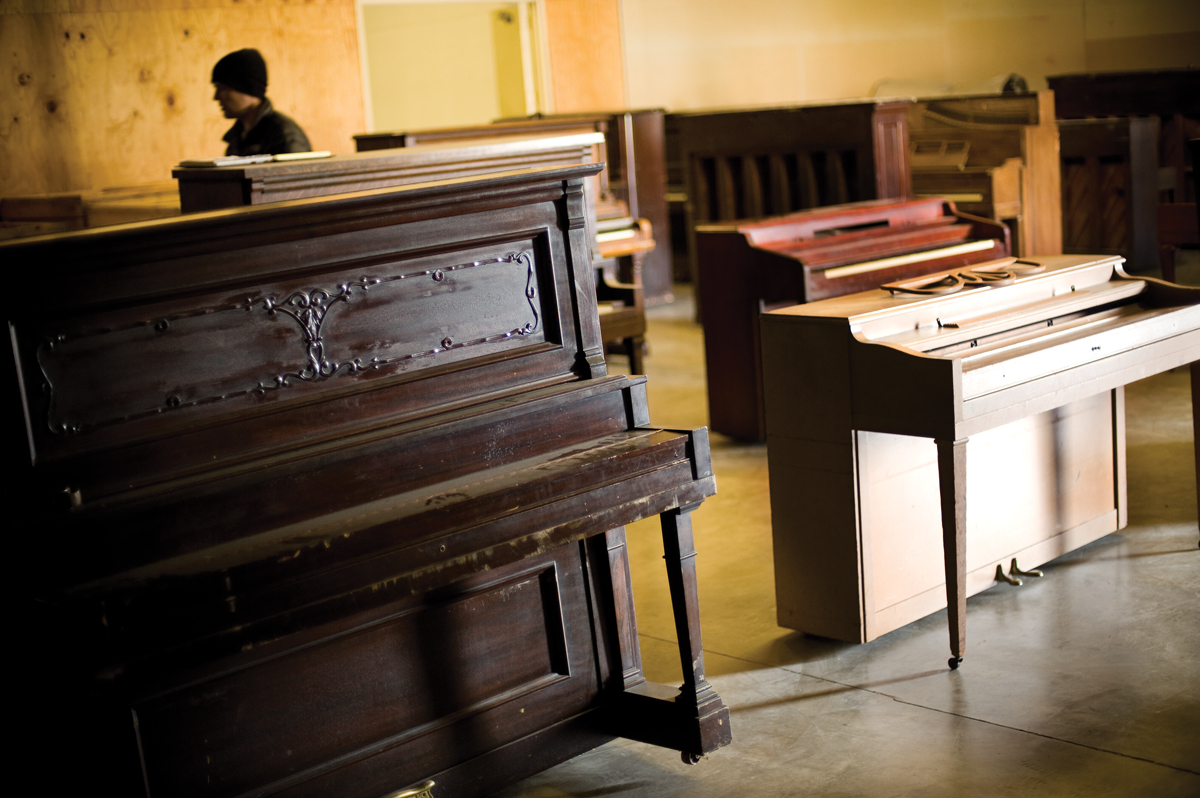 A few years ago, during my first summer in Lancaster, I was walking through the city and spotted my first Keys for the City piano. A few kids were crowded around the bright hand-muraled piano while one hammered out a tune they were practicing. By the end of my trek, I had counted 10 similar pianos placed along the sidewalks. I was equally mind-blown and curious. A quick “why are there pianos everywhere?” Google search led me to Music For Everyone (MFE) and all the awesome work they do. I’ve been avidly following them ever since. 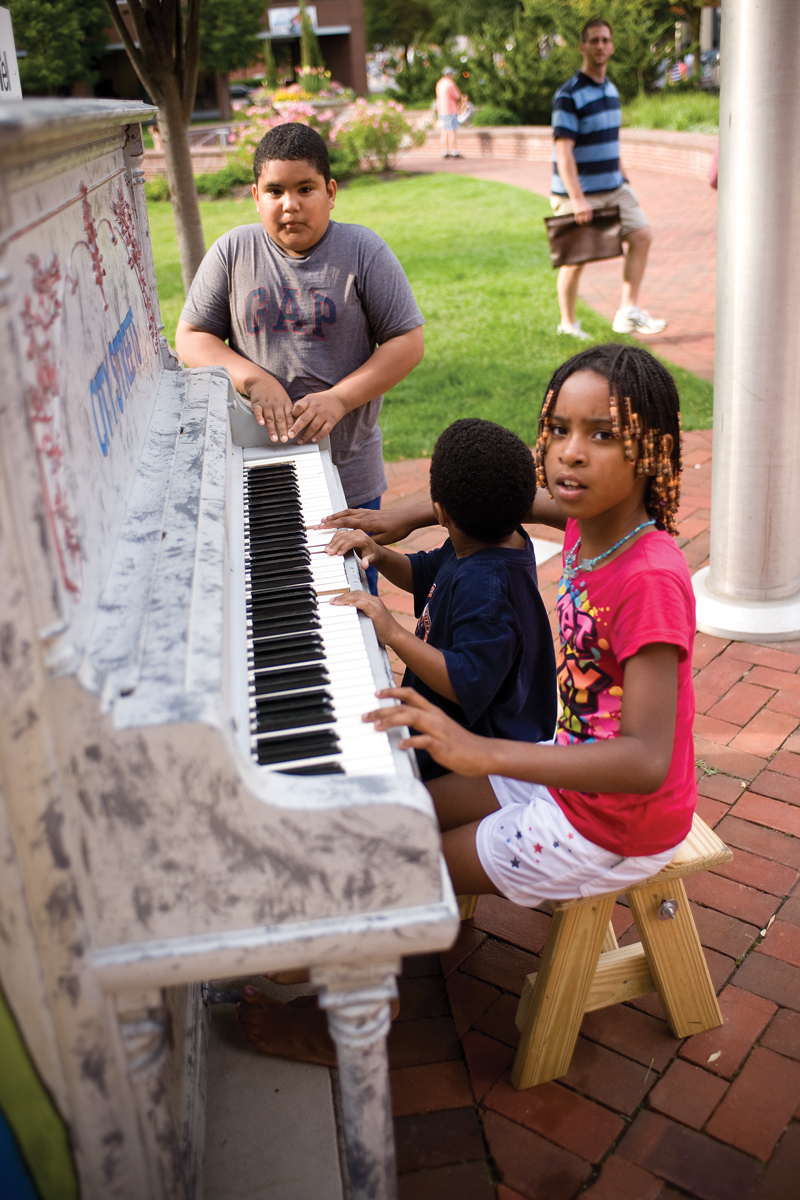 Since 2006, MFE has put nearly 7,000 instruments into the hands of budding student musicians, mentored nearly as many, invested over $1.7 million in grants and direct program support and produced over 120 public-use street pianos. The bulk of MFE’s fundraising comes courtesy of Keys for the City, through which dozens of pianos are sponsored, painted and placed around the streets of Lancaster City for public use each summer.

More than a decade ago, John Gerdy, founder and executive director of MFE, was inspired by seeing someone playing a piano on the sidewalk while on a trip to London. “I thought, ‘That’s pretty cool. We should do that in Lancaster,’” he recalls. Upon his return, he proposed that the MFE board of directors place five pianos on the streets of Lancaster for a month. “Board member Craig Welsh [of the design firm GoWelsh] responded, ‘No, we are going to put 20 pianos on the streets for the entire summer, and we are going to design and paint them all.’” The board was a little skeptical of such a grand idea at first, “but we went along with it and Keys for the City was born,” John says. 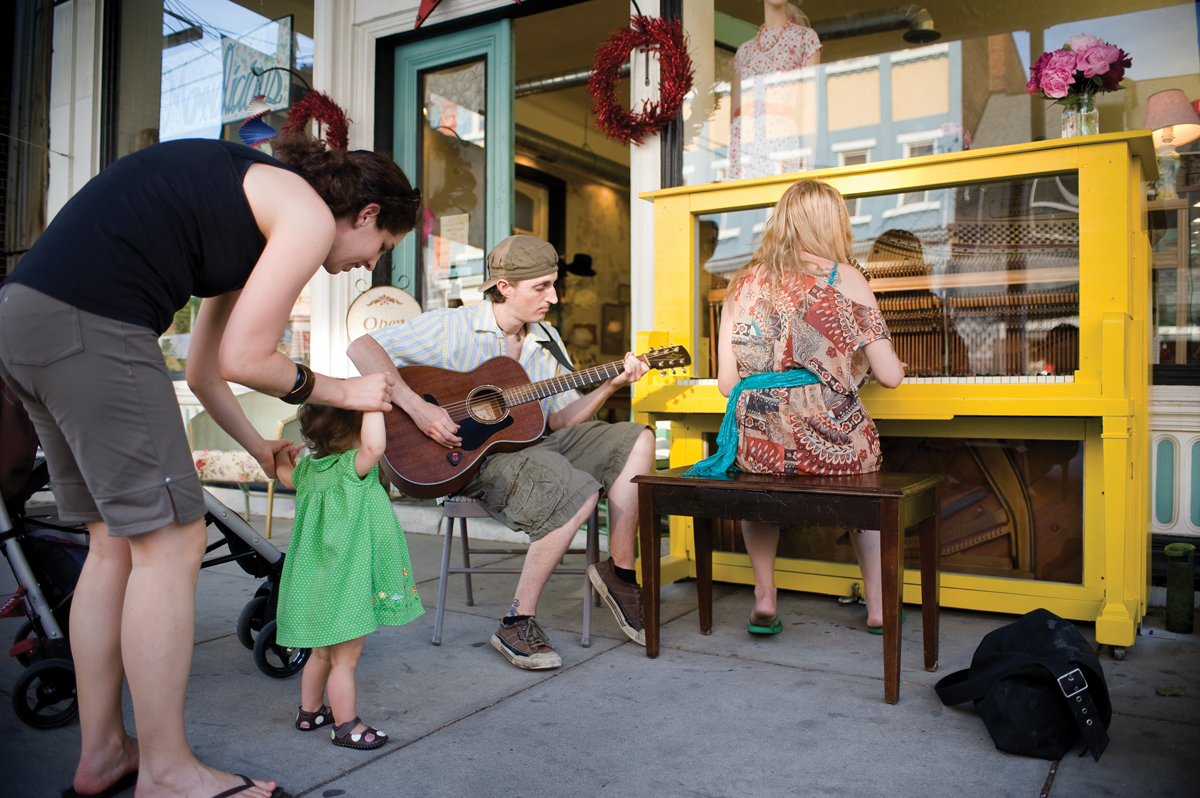 John cites three primary goals of the Keys for the City program. First, to raise funds for MFE through piano sponsorships. “When people are playing these pianos, they are not only making music, but they are also putting instruments in the hands of kids.” Second, to build community. “Music is the universal language; thus, its potential to build community is unparalleled.” Third, to help bolster Lancaster City’s arts and tourism economy. “Keys for the City represents another ‘brick in the wall’ of our city’s arts offerings,” he points out.

The most challenging aspect of the program is securing sponsorships for the pianos. Though, according to John, it’s well worth the effort when “seeing and hearing and experiencing all the random acts of music occurring around those pianos … Tens of thousands of magical, musical moments occur around them every summer.” 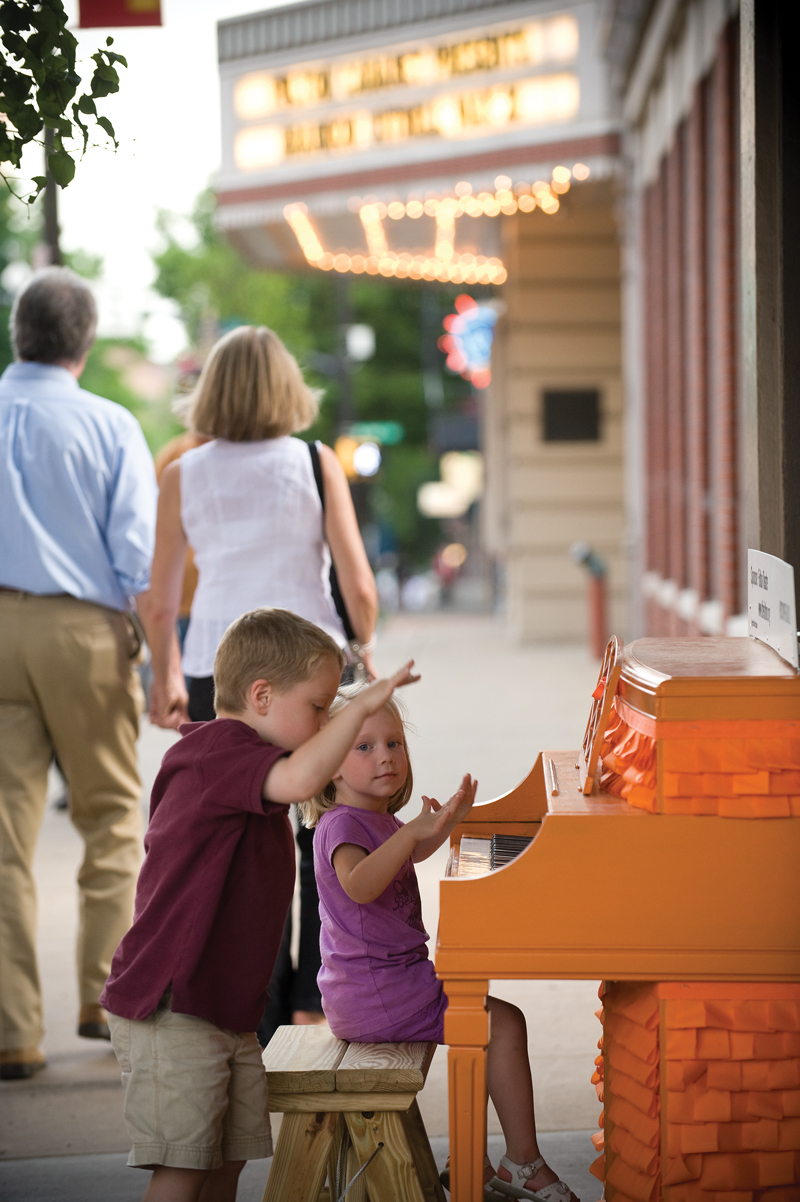 Keys for the City is emblematic of MFE’s mission, vision and vibe; bringing music literally to the streets and putting the tools to learn, create and connect right in the hands of … well, everyone. “Music’s potential to inspire and bring communities together is unmatched. In some ways, it’s the glue that holds communities together. It’s also the most effective tool in our educational arsenal to teach creativity,” says John. 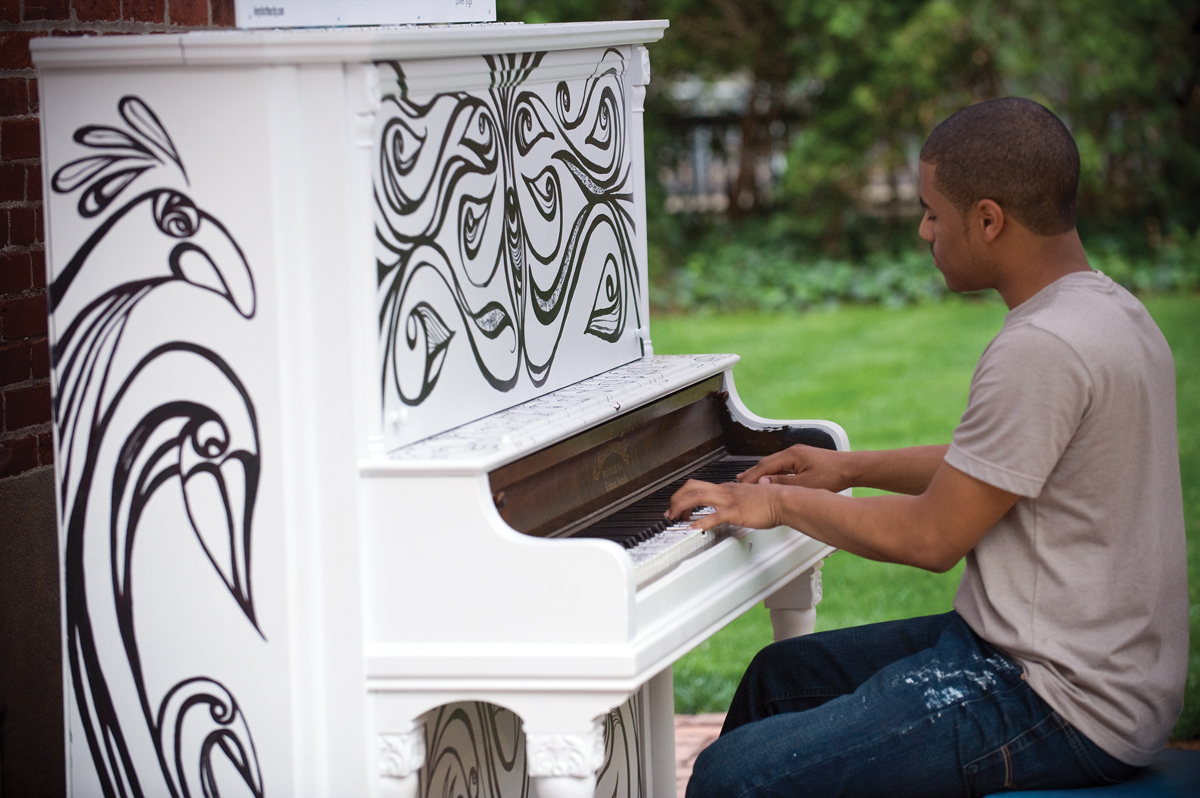 John credits Lancaster County Solid Waste Management Authority (presenting sponsor, 2019), all of the additional piano sponsors, the artists “who so generously donate their time and talent to designing and painting the pianos,” as well as Benchmark Construction and Craig Welsh of GoWelsh, “who have been valuable and generous in-kind sponsors since the beginning,” for helping to make Keys for the City what it is today. 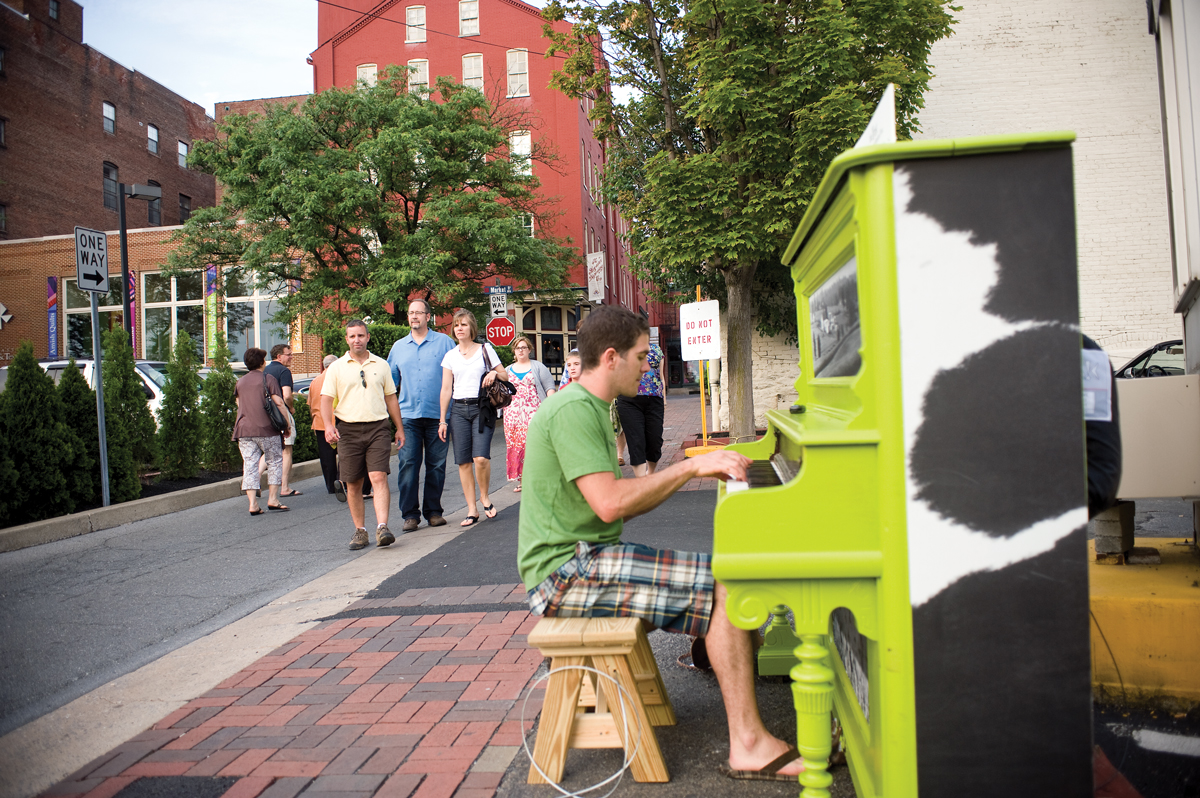