What would you say if someone asked you to go on a treasure hunt? For those of us whose hobby is to get out and explore, that’s an exciting proposition, isn’t it? Don’t worry, you don’t need to be Indiana Jones or travel to Cairo to participate in this treasure hunt, but you can if you want.

There’s a game underway in our backyard. The name of the game is geocaching, and since its inception in May of 2000, it has become a worldwide phenomenon. On May 2 of that year, the federal government ended Selective Availability of the public Global Positioning System (GPS) service. The precision of the public system improved tenfold overnight. The very next day, Dave Ulmer, a GPS enthusiast and computer consultant, decided to test its accuracy with a hidden navigational item. 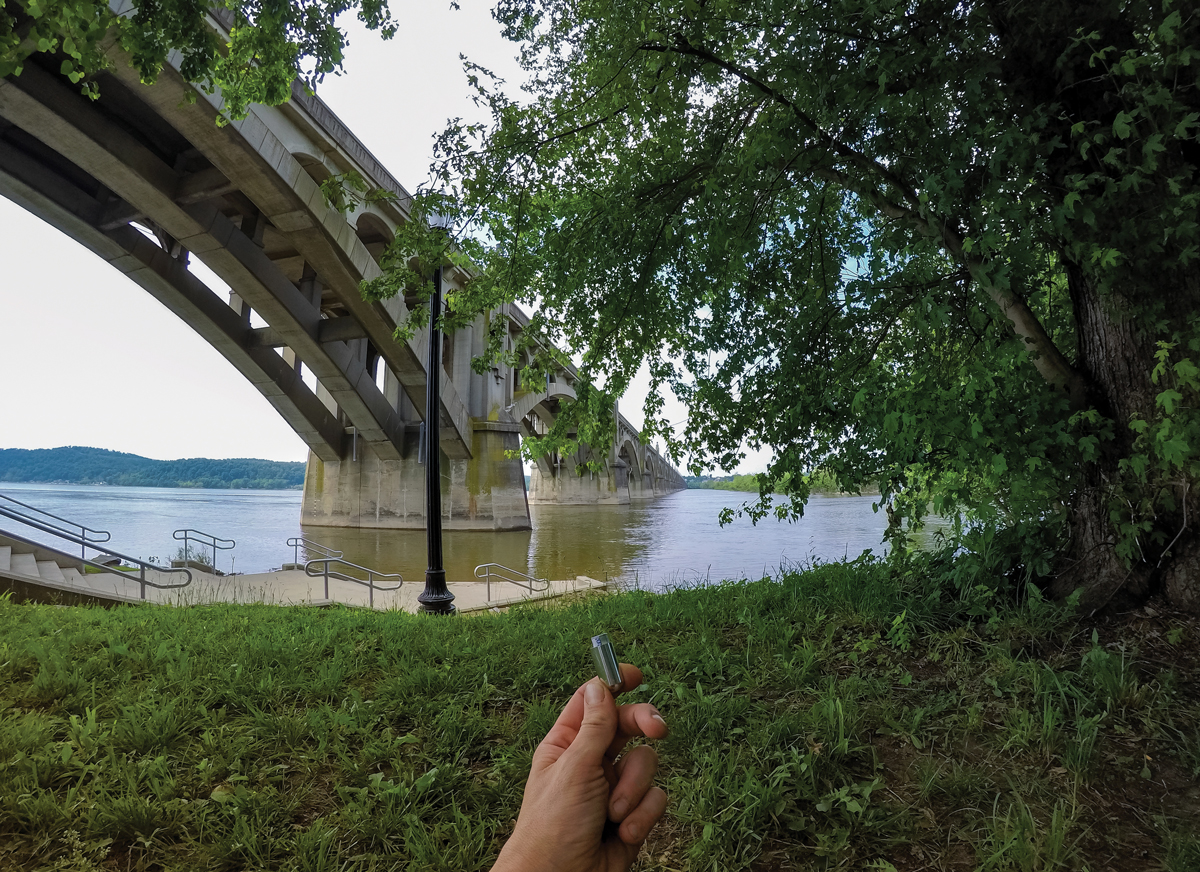 Dave headed to the woods near Beaverton, Oregon, with a bucket in hand. Inside the bucket, he placed a logbook and pencil, as well as various prize items including videos, books, software and even a slingshot. He called his idea the “Great American GPS Stash Hunt.” Dave stashed his bucket by partially burying it and then posted the coordinates N 45° 17.460 W 122° 24.800 in an online forum for GPS enthusiasts. Then, he waited to see if anyone would find it; within the first three days, two people had. Others quickly joined in on the fun and began creating and discovering the stashes.

The term “stash” seemed to carry some negative connotations and so by the end of May, the term “geocaching” was coined by Matt Stum, the first person to find Dave’s original stash. When geocaching.com was launched in September of that year, it listed 75 known cache sites worldwide. The onslaught of media attention that followed brought a rush of interest, and the term was cemented into internet history.

People quickly adopted the rules of the game and began adding their own cache sites closer to where they lived. These days there are over 3 million active geocaching sites stretching across 191 different countries and all seven continents. According to the geocaching website, there are more than 2,000 sites around Lancaster County alone, not to mention the surrounding counties. If you’re an avid traveler, chances are there are caches near all of your favorite destinations.

So, where can you get your treasure map? Well, to get started you’ll need to head over to geocaching.com or download the official app to create an account. This will help you discover cache sites and keep a record of your discoveries to share with the geocaching community. Once you’ve signed up, select a basic cache site on the map, grab a pen and start hunting.

Upon finding my first cache site, I felt a rush of excitement. It was like finding a piece of treasure. I eagerly signed the log and returned everything as I had found it. That night I signed up for a premium account to discover the more challenging caches, mystery series, collectibles, trackables and all of the other goodies that have been added over time. I’m excited to see where geocaching will lead me this summer!