Take one determined and talented young woman with a master’s degree in business, add a pinch of direct-sales experience, blend in a loving husband and business partner, mix into that the joy of serving an overlooked measure of consumers, and you have all the ingredients that make up Alisha Thomas’ online business, Mrs. Pound Cakes, LLC. 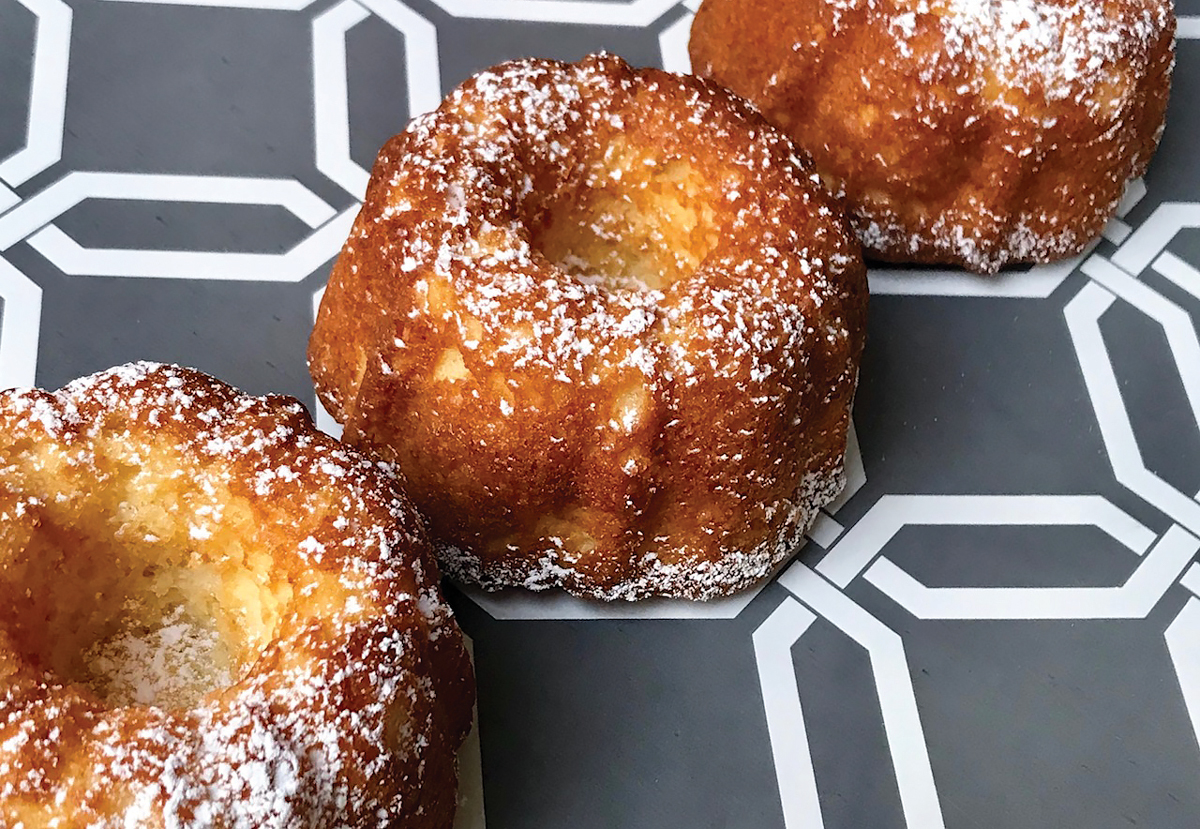 One-third of Americans make an effort to avoid gluten in their diets because they are either gluten-sensitive or have a non-celiac gluten sensitivity. What is gluten? Simply put, it is found in wheat, barley, rye and oats (as well as other grains); it gives dough its elasticity, helping it to rise, retain its shape and deliver that chewy texture we so enjoy. According to the Celiac Disease Foundation, gluten is the “glue that holds food together.” It’s found in bread, baked goods, cereal, pasta, soups, salad dressing and even beer.

The foundation also shares that diagnosing celiac disease is often difficult at the outset, as its nearly 200 symptoms that can be traced to gluten mimic those of other diseases and affect people differently.

Those who choose to follow a gluten-free diet often find it challenging to buy food – especially desserts – that actually tastes good.

Alisha Thomas and her husband, Andre, made it their mission to create a pound cake that tastes just like the ones their mothers used to bake. Only theirs would be made with a gluten-free twist. And, because they wanted to make their cakes available nationwide, they established an online business. 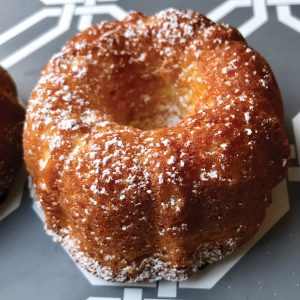 The pound cake dates back to 18th century England. The recipe was straightforward, as it called for 1 pound of flour, 1 pound of butter, 1 pound of sugar, and 1 pound of eggs. The ratio of the four ingredients made it easy for people who were unable to read to remember the recipe. In the 20th century, bakers began adding leavening agents, zests, juices, rum, nuts and other flavoring agents to the pound cake. March 4 is celebrated as National Pound Cake Day. 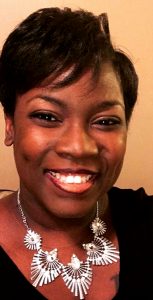 Alisha, who was born and raised in Lancaster County, is a 2003 graduate of Conestoga Valley High School, where she danced and acted alongside her high school classmates, Jonathan Groff (of Broadway, television and movie fame), and Katie McCarty (Law and Order: Special Victims Unit and Off-Broadway). Katie remains a dear friend and can be seen in one of the testimonials on the Mrs. Pound Cakes website.

Alisha’s talents also extended to the culinary arts – baking came naturally, with pound cakes being one of her specialties.

Following graduation, Alisha relocated to Charlotte, North Carolina. During her nine-year tenure in Charlotte, Alisha met and married Andre. After attending a gluten-free expo, they became aware of the need for tasty gluten-free food. “Andre is a visionary and a good strategist and saw a market for this at the time,” Alisha explains.

That observation inspired them to develop a pound cake that would be flavorful and moist yet would not contain gluten. After numerous attempts, Alisha perfected her recipe, and Mrs. Pound Cakes was born. 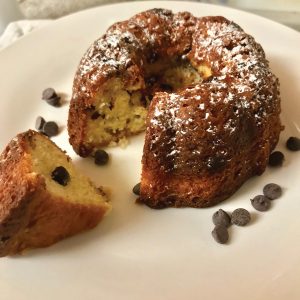 While living in charlotte, Alisha became aware that whenever someone asked her where she was from, she’d reply without hesitation, “Lancaster.” Realizing she was homesick, she headed home to Pennsylvania, bringing with her a husband, a beautiful baby girl and a new online venture.

Today, Alisha and Andre bake about 350 cakes on a daily basis. The cakes, which contain no gluten or preservatives, are baked in a licensed kitchen here in Lancaster County. Originally, they produced cakes that weighed 4 to 5 pounds but have switched to smaller cakes that are sold in sets of three, which makes shipping easier. Flavors include vanilla, chocolate and lemon. Occasionally, flavors such as coconut or banana are offered. “You can freeze our cakes,” Alisha notes, but she cautions against refrigeration, which tends to dry out pound cakes.

Andre has taken on more of the commercial baking duties, while Alisha oversees the business components of the company. She also serves as the “face” of the business and notes that it is helpful that they both have previous experience in direct sales. 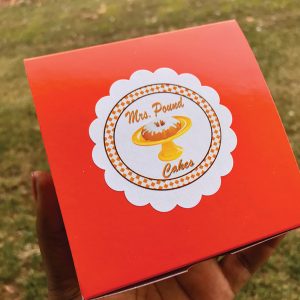 Working with Meals on Wheels of Lancaster has become a passion of the Thomases. It also provides Alisha with the opportunity to work with yet another classmate from Conestoga Valley, Kevin Ressler, who serves as the executive director of Meals on Wheels. He shares that the 50-year-old organization “is experiencing the pressures of a changing cuisine landscape” as it relates to health and dietary preferences. According to Kevin, “Without Mrs. Pound Cakes’ reliability and quality, we would have wandered in the dark, unable to meet the needs of our varied customers.”

Alisha and Andre are so enjoying their experience of working with Meals on Wheels that their next goal is to eventually reach out and expand with other organizations, hospitals and schools, etc.

Life is good for the thomases; in fact, you could probably say that Alisha and Andre’s (measuring) cup runneth over. “We are blessed,” Alisha says, referencing their adorable 3-year-old daughter. They maintain they are also blessed to have a business that affords them more time to spend with their daughter.

While they may one day consider opening a storefront bakery, for now, they are happy operating in cyberspace. 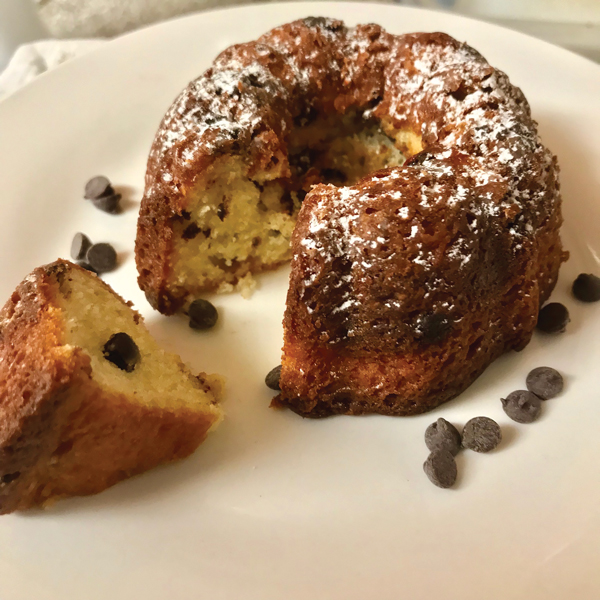