With spring in the air, it’s time to take a good walk in the great outdoors. Some folks who do so will be carrying around clubs and chasing little white balls, as many area golf courses will soon open for regular hours. 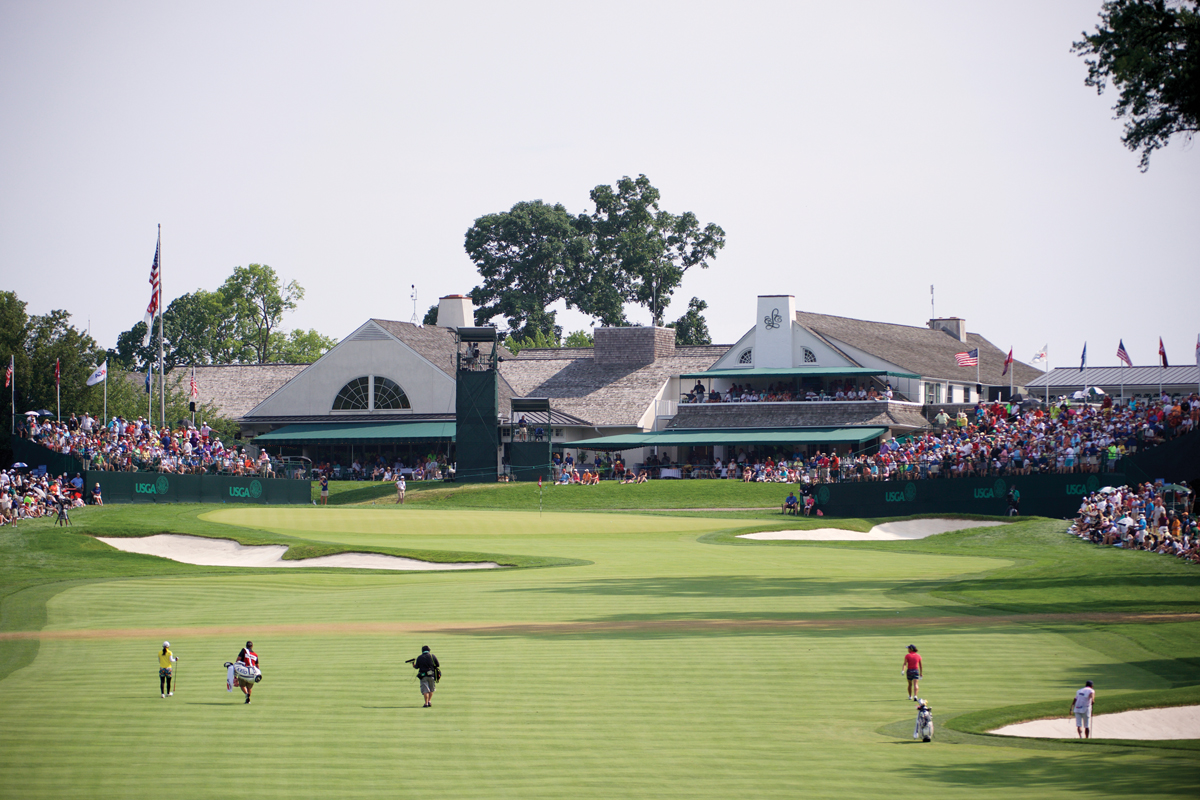 I will not be joining them. While I have enjoyed what little golf I played over the years, the sport is just something I never picked up as a full-blown hobby. So, as I prepared to write this month’s column, I contacted a couple of acquaintances who I knew would have great opinions on the region’s golf scene.

“The very unique thing about Central Pennsylvania is that we have very, very good public golf courses,” says Tom Larkin, who was most recently the golf coach at Conestoga Valley High School, where he instructed the team for eight years. “Many of these are straight-forward, easy- to-play courses that are reasonably priced.”

Some courses offer more of a challenge, like his favorite – the “relatively new” Royal Manchester in York County. 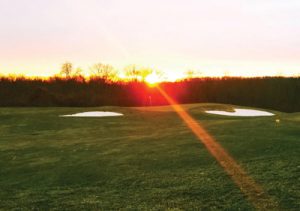 Royal Manchester is a links-style course, meaning it replicates the style of old, coastal Scottish courses. Links – as I erroneously assumed – does not refer to all golf courses. Links-style courses consist of hard soil, which promotes a “running game” whereby the ball travels much farther over the ground. Resembling the landscape of their Scottish origins, there are usually deep bunkers, stands of tall grasses and few water hazards on links courses.

When Tom called the par-72 Royal Manchester relatively new, he wasn’t kidding – it’s probably some of the newest grass around. Back in 2015, a tainted fungicide destroyed all the greens, and the course was forced to close midseason. Well, it’s back and as fast as ever.

What makes Royal Manchester more demanding than other local courses is its lack of trees, elevation and situation along the Susquehanna River. All of this leads to sometimes unpredictable winds, just like play on the old links of Scotland. The course was created by architect Tim Freeland, who served under golf legend Gary Player at various course designs along the East Coast. 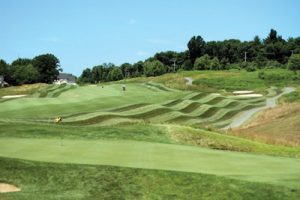 Kirk Newcomer is a car salesman by trade, but it seems he is either on a golf course or in a tree stand every free moment he gets. He travels to golf, and golfs when he travels, so I had to ask him about his favorite course close to home. Turns out he is a fan of Broad Run in West Chester, which is approximately 18 miles from the Lancaster/Chester County line.

“It’s hard, but it’s the best around. It’s the closest public course to the pro level,” says Kirk.

One of the elements he likes about the championship-caliber Broad Run is its size. The par-72 course is 372 acres of bent grass, bluegrass and fine fescues with three ponds, a creek and 54 bunkers! The 2014 PA Golf Course of the Year sprawls over rolling countryside, offering majestic views and leisurely cart rides. Broad Run architect Rees Jones, the No. 2 ranked course-maker in the U.S. according to Golf Digest, is well-known for redesigning and remodeling courses, including seven U.S. Open venues, five PGA courses, three Ryder Cup sites and one Walker Cup course. 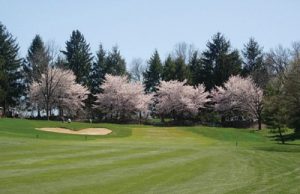 Most beginners are going to want to start at an easy or moderate course. I asked Tom what the first thing new golfers should do. “You have to buy clubs, and it does not hurt to get a lesson,” was his answer. “It’s always good to get the basics down at the beginning.”

He recommends the pros at Overlook Golf Course: Ken Ord, PGA Head Professional, and Pete Cunningham, PGA Teaching Professional and TPI Certified Instructor. TPI stands for Titleist Performance Institute, which is described as the “world’s leading educational organization dedicated to the study of how the human body functions in relation to the golf swing.” The program was developed in 2003 and has accumulated data on players of all shapes, sizes, ages and fitness levels. This data allows a player to swing a golf club in the most efficient way possible and minimize risk of injury.

Tom also says beginners can check out YouTube, surprisingly, for helpful hints and tips. YouTube is how I fix many of my household appliances, so why not a golf game? There are even course flyover videos of Overlook and many other sites on YouTube.

The par-69, public course has several leagues and events for golfers of all levels and designations. Overlook’s well-groomed fairways and greens are perfect for golfers of every skill level, and it is especially friendly for beginners. 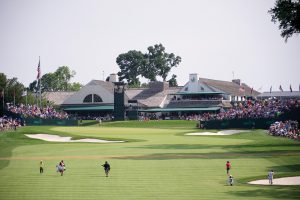 I was lucky enough to get an invite to attend events at the Lancaster Country Club when it hosted the U.S. Women’s Open (USGA) in 2015. The good news is that the premier event will return in 2024.

“The 2015 U.S. Women’s Open was one of the most successful in the championship’s history. The golf course is one of the best in the United States, and the community’s support for golf is record-setting. We can’t wait to return,” said USGA CEO Mike Davis in an interview with Golf News.

“It raised Lancaster’s profile in golf, not only in local attendees but also those watching on TV nationally and internationally,” says Joel Cliff at Discover Lancaster.

“It is a fabulous layout. It is top notch. It is a fantastic golf course,” Tom agrees. “It’s a jewel, and it’s head and shoulders above any golf course around here. There’s not a weak hole on the golf course. You have short par-4s, long par-4s, hard par-5s; the whole thing is the real deal.”
Play on the course is limited to members and their guests. In my case, it’s beautiful just to watch the game being played here.

“We have a remarkable number of high-quality golf courses that are reasonably priced. If you go to the big metropolitan areas, it is much harder to get onto public golf courses,” Tom observes. To get the pulse of other Lancaster residents, I put out an informal call for recommendations on Facebook. Some of the courses other locals enjoy are Bent Creek Country Club (Lititz), Crossgates Golf Club (Millersville), and Foxchase Golf Club (Stevens).

“We have a nice product … it’s something we’ve put more emphasis on from a tourism standpoint. We’re very blessed here in Lancaster County with a lot of different choices,” says Joel, who recommends Pilgrim’s Oak Golf Course in Peach Bottom.

No one really knows who first uttered the infamous jab: “Golf is a good walk spoiled.” Some say Mark Twain. Some say British Prime Minister William Gladstone. Either way, the specious quote may not have gained such momentum if the players would have visited our area first.