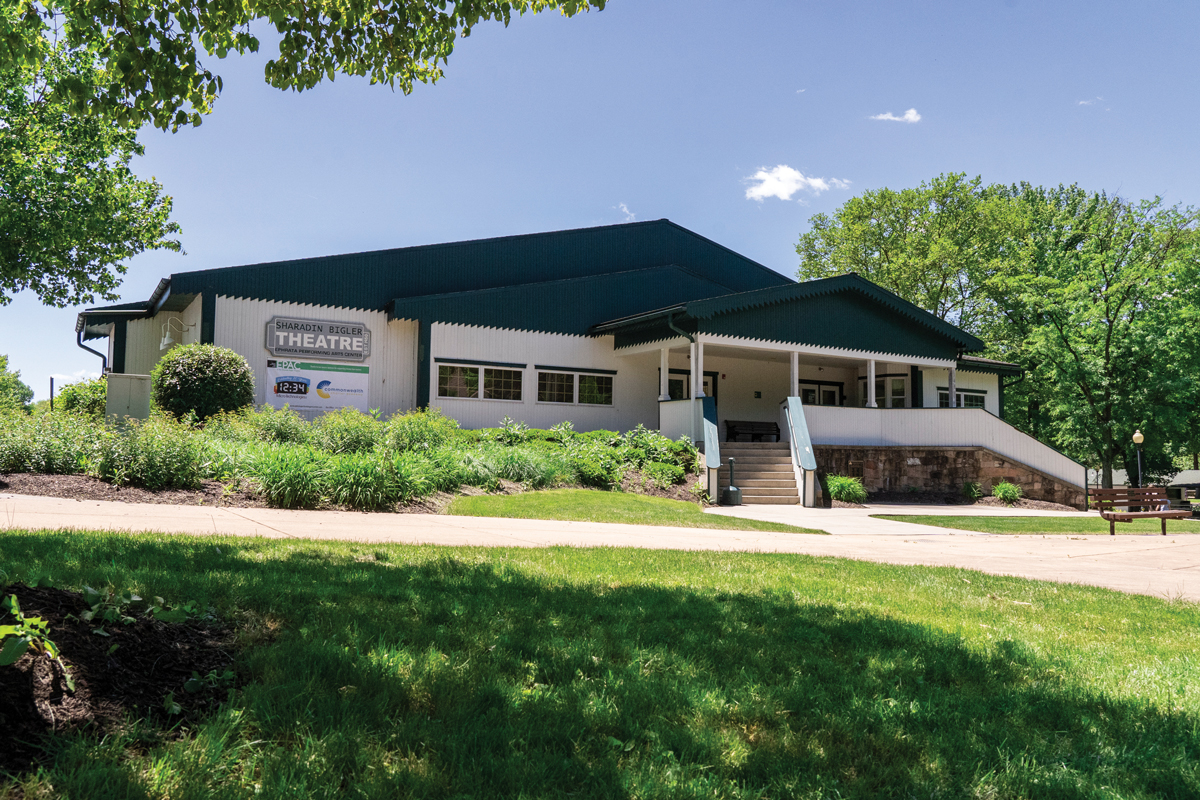 In the spring of 1733, sisters Anna and Maria Eicher made a pilgrimage to join the growing settlement of what is now known as the Ephrata Cloister. The Eicher sisters were given a home across the Cocalico Creek from the Cloister — as to remain separated from the men — on 101 acres warranted to the Eicher family from the sons of William Penn. Now, almost three centuries later, the same property is home to a theater whose productions appeal to a diverse audience.

The men of the Cloister ultimately created a “suitable” dwelling for female members of the religious order, but the development of the land across the Cocalico Creek had been put into motion. Today, the Eicher sisters’ cabin still stands as part of the Eicher Arts Center directly across from the Ephrata Performing Arts Center, better known as EPAC.

The Eicher land, which has now been reduced to a fraction of its original acreage and makes up Thomas P. Grater Community Park, was divided and sold amongst Ephrata residents — including tavernkeepers, blacksmiths and absconded Tories — until 1913, when it was deeded to the Ephrata Park Association. The association lost controlling interest of the land in the 1930s, and it became a summer resort for Spiritualists of Camp Silver Belle. “Seances and other activities” held in the park’s dance hall drew the ire of many residents, and the spiritualists were evicted from the park in 1935. Enter American Legion Post 429 and the Borough of Ephrata, which still control the property today. 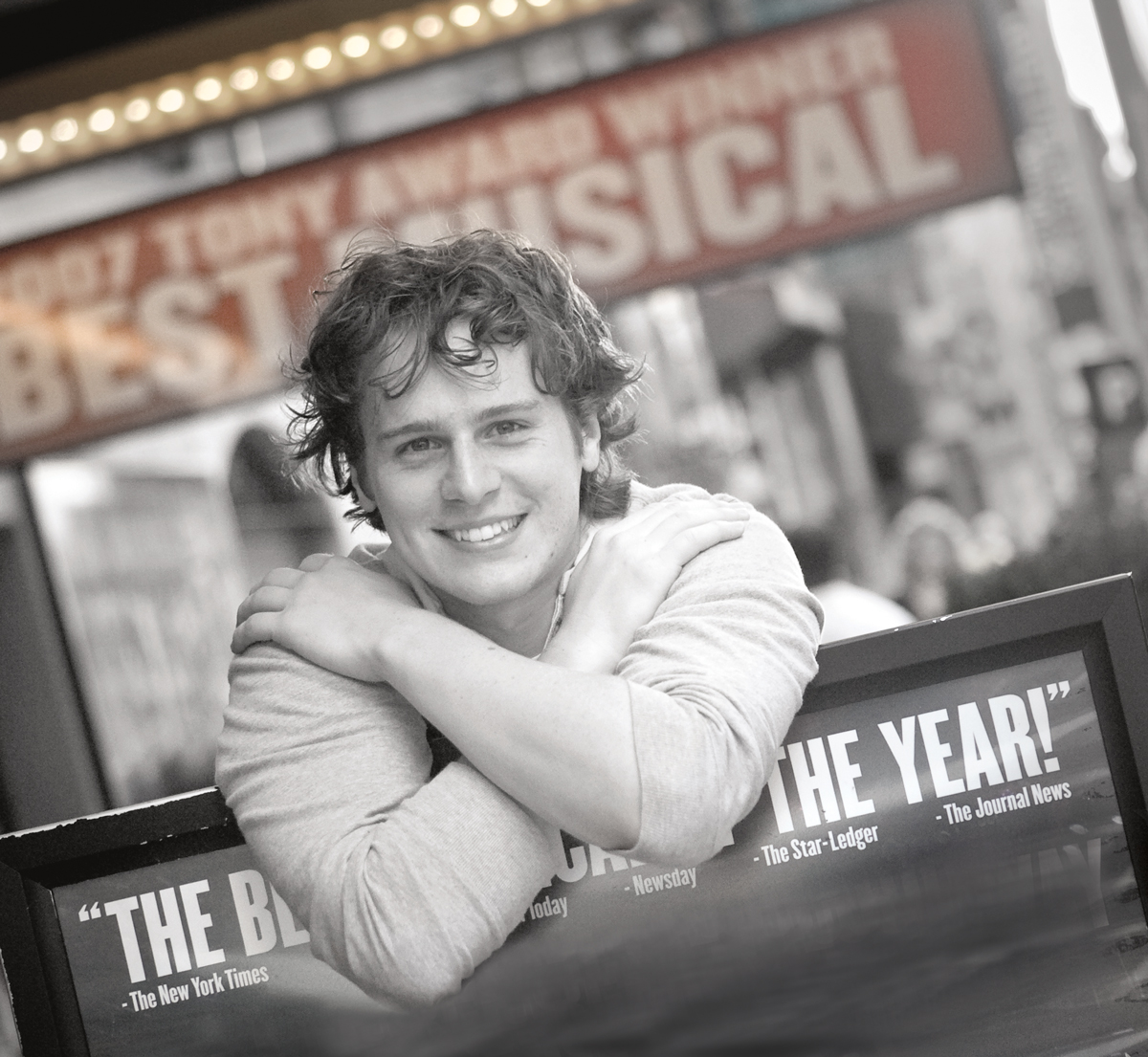 Jonathan Groff, who appeared on our November 2007 cover – he was the toast of Broadway thanks to his performance in Spring Awakening – appeared in EPAC productions when he was a high school student at Conestoga Valley. Allan Holm Photo.

In 1953, Broadway producer John Cameron — who had a run of four Broadway shows in 1934 and 35 — brought summer stock to the park’s pavilion, which was built atop the original foundation of the Eicher family barn. The Legion Star Playhouse was born.

“For years he ran this place as summer stock when summer stock was a big, big thing. It used to be huge,” says Edward Fernandez, EPAC artistic director and de facto co-historian with David Dierwechter.

Cameron had great connections with Broadway; his first show, The Gods We Make, opened in the Mansfield Theatre (now called Brooks Atkinson Theatre and home to Waitress since 2016). His Ephrata productions included stars like Roy Scheider, Betty White, Ann B. Davis and a young Robert DeNiro. “All these stars stayed at the Eicher Center, which was then a hotel,” Fernandez notes. “The theatre was packed!”

Every Saturday night two shows were performed in the round on the open-air stage, which eventually became the Ephrata Star Theatre. Ultimately, time began to take a physical toll on the building, and it started to fall into disrepair. “With the building on its last legs, the community got together and saved it from being demolished,” Fernandez adds.

By the late 60s, the theatre had taken on a new name and was affectionately known and branded as The Playhouse in the Park; remnants of the Playhouse logo can still be found in obscure corners of the theatre. A new group of active theatre-citizens stepped up in 1972 and formed a not-for-profit organization in 1979. The following year marked the first as the Ephrata Performing Arts Center.

“After a run of outside groups producing shows here, they started to produce their own productions. And, shortly after, I came down,” says Fernandez, a New York City native who left the Big Apple for Ephrata in 1986.

Ephrata provided Fernandez with a new lease on life. “I had gone to school for theatre, but it was party time in New York in the ’80s. I came down here and did a show called Mousetrap, and it felt so good. I stayed; I really don’t know why I made that decision. I said, ‘one more year, one more year.’ Well, one more year turned into 30.”

He directed his first EPAC show, Gold Dust, before he turned 30. “It was kind of a cult hit,” he recalls. “Then, I did Little Shop of Horrors, and I started to become a little more known in the community.” 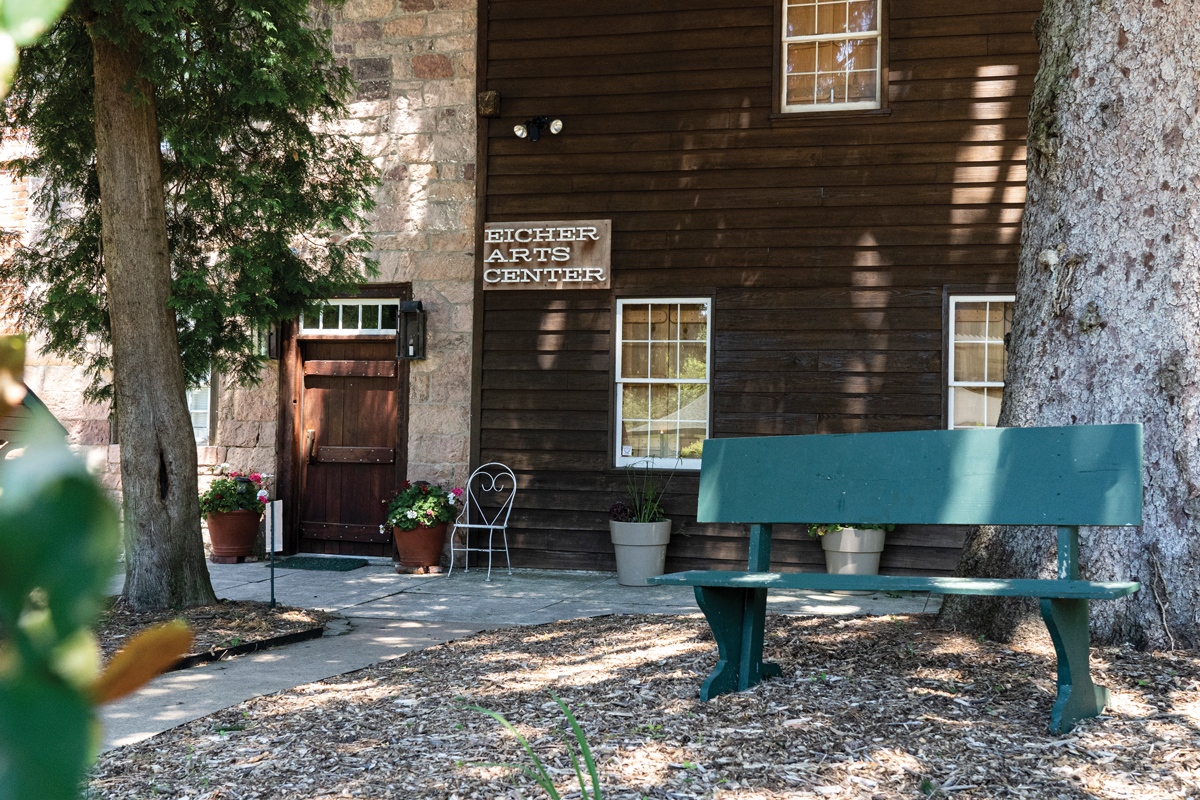 The Eicher Arts Center, which is now an events venue, once served as a hotel for actors who performed in summer stock productions that were held in an open-air pavilion that over the years operated under various names. Photo by Nick Gould.

He became artistic director in 1996. At the time, Fernandez was still operating a seasonal theatre open to the elements. Squirrels chewed through special effects wiring during Sunday in the Park with George. Birds often made unexpected entrances. Theatergoers wrapped themselves in blankets for evening performances in the fall.

So, in 2001 EPAC set out on a capital campaign and raised over $1.7 million (plus $700,000 from Ephrata Borough) to enclose the theatre, install an HVAC system and provide other functional amenities. The project was completed in 2004 for the production of 1776.

Even with a spirited fundraising effort, the theatre was still carrying a good amount of debt above its operating costs. In 2011, long-time season sponsor and EPAC member Terry Bigler pledged a 10-year, $400,000 donation to work down mortgage debt through the Michael Sharadin-Terry Bigler Fund. To show its gratitude, the EPAC board moved to place the name Sharadin Bigler Theatre on the building.

“We can continue to grow. What we are looking at is to put sustainable plans in place, and the future will most likely include some sort of rebranding. There are a lot of theaters in Lancaster County that offer amenities that we don’t necessarily have but would like to offer in the future,” says Andrea Glass, current president of the EPAC Board of Directors. “We have an unrivaled theatrical product in the region, but we need to match that with all aspects of what we do.”

The 2018 season was one of the most successful for EPAC — artistically and financially. The line-up included the heartwarming family musical Disney’s Beauty and the Beast, as well as the rocking tale of a genderqueer German in Hedwig and the Angry Inch. Peter and the Starcatcher, a sort of prequel to Peter Pan, and the classic West Side Story butted up against productions of lesbian writer Alison Bechdel’s Fun Home and the adult puppet play Hand to God.

“We are really passionate about our vision that is ‘theatre that matters,’” says Glass, who is a Women and Gender Studies instructor at the University of Delaware. “We are helping to facilitate dialogue about critical issues. It’s important that a whole host of different audiences can see themselves on the EPAC stage.”

“Theatre that Matters” is EPAC’s mission catchphrase. Fernandez recognizes that theatre can matter differently to different people. He approaches the definition by considering community and diversity in the spirit of what it is to be human. His task each year is to build a season filled with shows that are both financially viable and those that elevate the theatre experience beyond mere entertainment.

“He uses theatre as a window into our souls and makes us question and reflect. He is deliberate with his choices and the way he organizes a season,” Glass says, reflecting on EPAC’s recent production of Ragtime. “At first, I looked at Ragtime as a nostalgic piece, and I wasn’t quite sure how I felt about it. As I watched the production, I was wowed by the layers that kept unfolding. I came to think about that show in a completely different way, and that is why Ed is so brilliant.”

Fernandez’s luster is not the only spot of brilliance mentioned in conversations about EPAC. Even with a new roof, the building can only attempt to contain the caliber of talent that has found its way through EPAC in recent years. Most notably is the emergence of Tony Award nominee Jonathan Groff, who played Melchior Gabor in Spring Awakening and King George III in Hamilton on Broadway. He got his start at EPAC, appearing in Bat Boy: The Musical (2004) and Honk! (2002) while still in high school. “One of the reason’s we expanded was so that we could expand the youth programming,” Fernandez explains. “The youth programming is feeding into our mainstage.”

Both Fernandez and Glass agree the future of EPAC rests in the next generation of players. Reigning in new talent is Irving Gonzalez’s labor of love. Gonzalez, who attended the American Musical and Dramatic Academy, joined the EPAC family in 2005 for the performance of Evita. The role of chorus member led to assistant director and director responsibilities. He took control of EPAC’s Kids 4 Kids program and Summer Stage Theatre Camp in 2011.

“I had known Irving as a fellow actor … and it was a natural progression. He directed one Kids 4 Kids show, and he was off and running,” Fernandez recalls. “He took over the camp and made it really big. That’s when everything started to percolate.”

This summer, campers will present Disney’s Frozen Jr. That means one youngster will play Kristoff, the adorable woodsman who was voiced by Jonathan Groff in the smash-hit film of 2013. “We are training the next generation. We are really in a good place right now,” Glass remarks. “The passion that Irving has for that next generation of kids is really important. We are a family. We have heart. We have passion.”

It is quite a different pair of sisters — Anna and Elsa of Frozen — who will grace the grounds along the Cocalico Creek this summer, 286 years after Anna and Maria Eicher first settled here. What has not changed is the impact this spot of land has on the history of Ephrata and Lancaster County.

“When I think about what is really important about where EPAC is today, I recognize how it has really improved the quality of life for residents in our region,” Glass says.

Next up is Bob Fosse’s version of Pippin (July 18-August 3). For a complete schedule of productions and more information, visit ephrataperformingartscenter.com.