It goes without saying that the summer of 2020 has been different than those of previous years. Because of COVID-19, a lot of us have been engaging in new hobbies. I’m happy to have discovered a hobby that’s fun for the family, good for the environment, and might include a bit of treasure if we’re lucky. 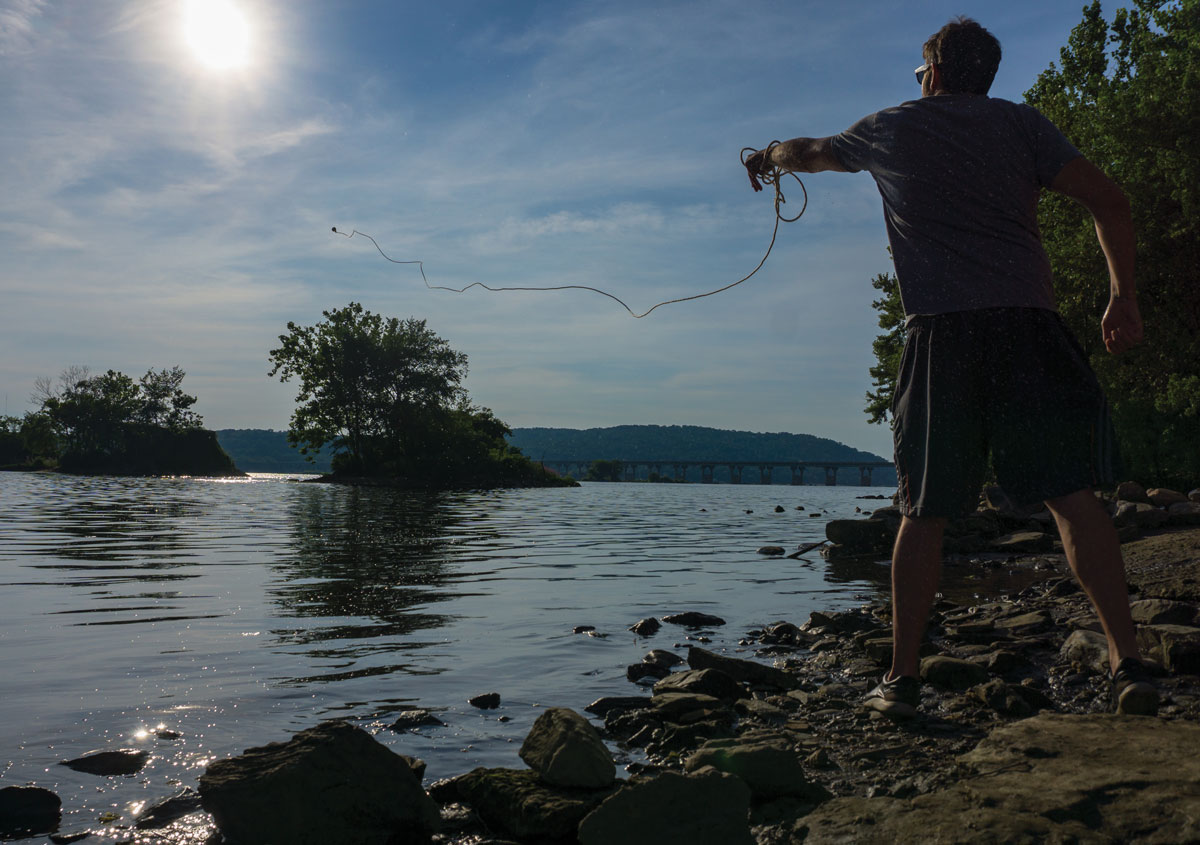 I discovered this hobby one night while scrolling through Facebook oddly enough. Suddenly, sandwiched between memes and political arguments, a sponsored post popped up. It featured a video of a couple of guys pulling an entire motorcycle out of a canal with a rope, then a bicycle and finally an old unopened safe.

The “trick” to finding this stuff was their high-powered neodymium magnet. Naturally, the advertiser only had a limited quantity in stock. Of course, time was running out to claim one for yourself! I was intrigued. I had previously seen videos online about magnet fishing (or magnetic fishing) and it looked like fun. When they combined that video with a $12.95 price tag and free shipping, it was just too tempting to pass up and I clicked the buy button.

The ad wasn’t misleading – magnet fishing has been booming in popularity all over the world. I quickly found tons of pictures and videos of people showcasing their recent finds. I also discovered that for just a few dollars more than I paid, you can get complete kits that include the magnet, nylon rope and sturdy gloves.

You may find treasures, or you may not. Much like traditional fishing, it’s called fishing instead of catching for a reason. The magnets only attract ferromagnetic metals such as iron, cobalt, nickel and most of their alloys. This caused magnet fishing to be banned in parts of Europe after multiple hobbyists retrieved unexploded devices – remnants of the world wars – in local canals and rivers. If you do happen to find an item that seems dangerous or could be evidence of a crime, you should reach out to your local police immediately.

Fortunately, in Lancaster County, we’re more likely to find Civil War-era artifacts and old farming tools. Other items you’re likely to catch include electronics, keys, tire rims, furniture, fishing gear, coins, nails, machine parts and other forms of refuse. Even if you don’t find antiques, most of what your magnet will pull out of the water can be scrapped for cold hard cash. That’s why many have described the hobby as a combination of treasure hunting and environmentalism.

From an environmental perspective, when heavy metal items are introduced to our waterways, they simply sink to the bottom and remain there, accumulating for long periods of time. This can have a negative effect on wildlife.

I can’t tell you where to find the perfect place to cast your line, but you’ll probably have the most luck in areas near bridges, canals and old mills – generally, places where people have access to the water.