Battling the COVID-19 pandemic has been compared to waging war on an unseen enemy. In doing so, we have soldiered on through shutdowns of all kinds, changed our work habits, pivoted to remote learning, canceled travel plans, worn masks, practiced social distancing and instituted self-quarantines.

However, the most trying part of all this has been distancing ourselves from family and friends. As a result, life’s most momentous occasions – birthdays, proms, graduations, promotions, engagements, anniversaries, showers, retirements, baptisms and weddings – have been drastically reimagined, often consisting of a Zoom salute or a drive-by parade. Funerals have also fallen prey to the pandemic.

I often think about my grandmother, who lived through the Spanish Influenza. However, she never spoke of it, as it was wrought with personal heartbreak. Her beau at the time had gifted her with a matching cameo ring and broach that she treasured. According to my mother, who came to possess the jewelry and in turn passed them (and their story) on to me and my sister, my grandmother last saw him on a Friday. Complaining of not feeling well, he cut their visit short. By Sunday, he was dead. Fortunately, she found love again with my grandfather. 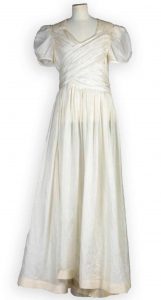 A bridal fashion trend did emerge during World War II – wedding gowns made from silk parachutes that paratroopers gifted to their fiancées. Examples of such gowns are on view at the Smithsonian in Washington, D.C. and, as seen here, the National World War II Museum in New Orleans. Photo source: Dr. Kate Strasdin.

The comparison to war also prompted me to wonder about war brides – namely those of World War II, since that is my parents’ generation. According to The New York Times, the number of weddings conducted during the war years was unprecedented for the times. In 1942 alone, 8.1 million weddings took place in the United States, which was an increase of 83% as compared to 1932. Two-thirds of the brides of that era were marrying men newly enlisted in all branches of the military.

It seems the Greatest Generation embraced the concept of the micro-wedding out of necessity. During the war, long engagements were almost unheard of – in many cases, weddings were arranged in a matter of days in order to accommodate short leaves or ahead of men being assigned to far away shores for who knows how long. Couples lined up at courthouses and churches across America to exchange vows. Many were open around the clock to accommodate the couples.

Wedding gowns often had to be borrowed. Fabric was being rationed for the war effort, making wedding gowns nonessential articles of clothing. Those who did manage to find a gown to buy discovered the styles had grown very plain due to the lack of lace and other finishing touches.

Instead, women typically wore their best dresses or suits for their weddings. Family and friends pulled together to provide brides with stylish hats, crisp gloves, precious silk stockings and beautiful jewelry for their walks down the aisle. Flowers were cut from gardens to create bridal bouquets. Grooms wore their military uniforms.

However, a bridal fashion trend did emerge. Paratroopers began gifting their fiancées with their white silk parachutes, which in some cases literally saved their lives. The women fashioned them into wedding gowns. Museums such as the Smithsonian in Washington, D.C. and the National World War II Museum in New Orleans, have such dresses on display.

After the ceremony, a micro-sized reception for family members was held at the home of the bride’s parents. Again, family and friends contributed to the cause by donating valuable quantities of sugar, flour and eggs so that the couple would have a wedding cake. Food was also donated to create a luncheon or dinner for the celebration.

What is the significance of all this? We come from strong stock and we will get through this. There will come a time – hopefully in the not-too-distant future – where we will once again be able to gather to celebrate life’s special moments.

In the meantime, all we can do is support our friends and loved ones and try to grasp the constraints they are dealing with and the challenges they are facing as they plan their weddings. 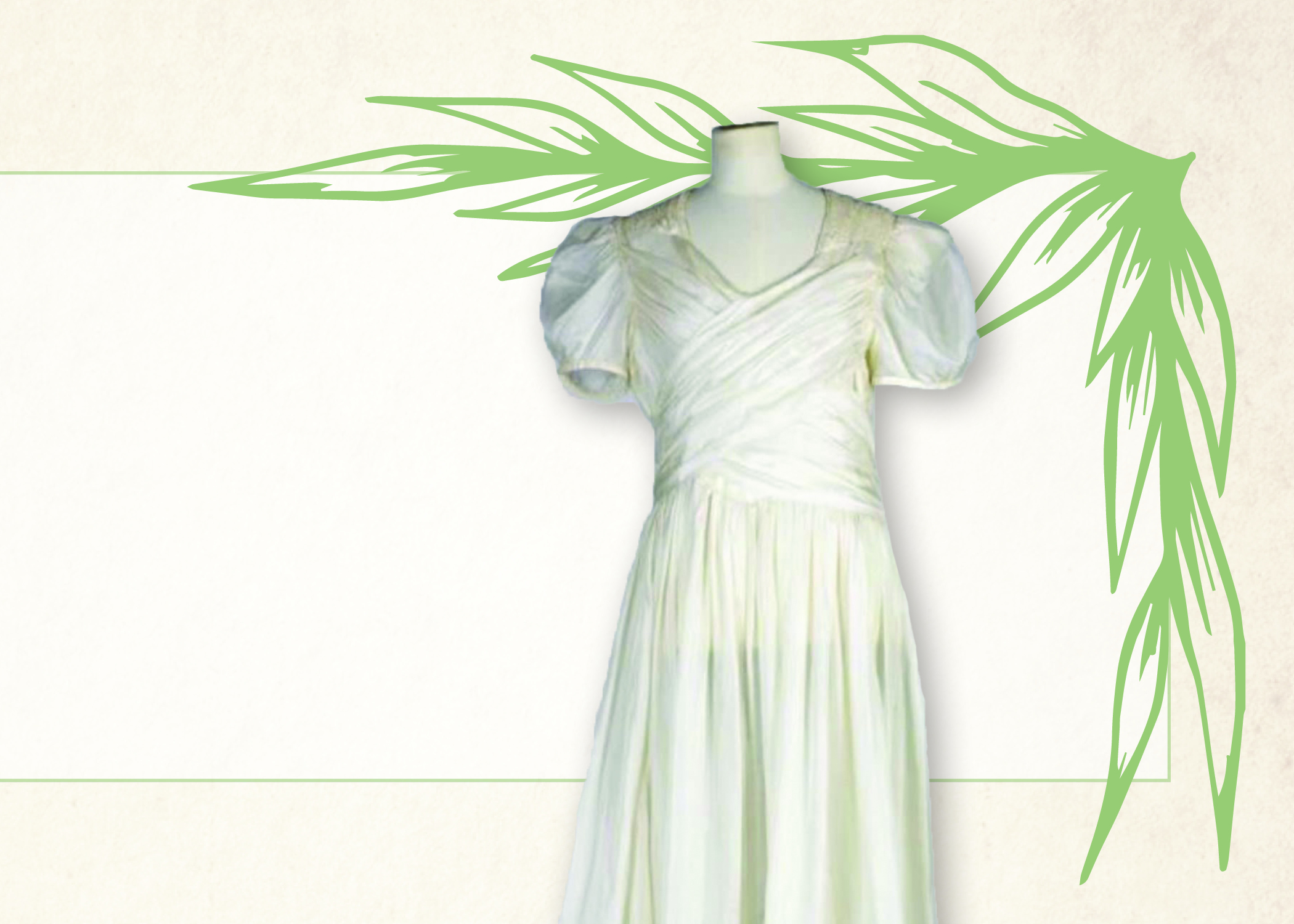