With a massive renovation and reinvention completed, Lancaster’s North Museum is now poised to be one of the most state-of-the-art, family-interactive, educational experiences in Pennsylvania!

In an effort to focus on “the experience” – rather than simply observing objects in cases – the museum, which first opened its doors in 1953, closed for a six-month overhaul in 2014-15. Time had come for a change. Rather than piecemeal a few new exciting elements together, the museum completely gutted its first floor and set out to implement cutting-edge technology, invest in a dedication to community interaction, and showcase natural history in a manner both instructive and entertaining.

I can say I remember it when. Whether I was avoiding the heat of a sticky day in the city or just looking for a place to escape the cabin fever of winter, as a kid growing up a half block away, I found respite in the North Museum. I would spend entire days browsing the bird specimens in the Cabinet Museum. I fascinated in the bulb-studded, electronic boards, which with the push of a button would alight at every correct answer as I matched an animal to one of its characteristics. During every visit I begged a staff member to show me the two-headed calf – sometimes to no avail. I marveled at the black-lit collection of gems and minerals and laughed as the strange light illuminated the shoestrings on my shoes and the fuzzies on my clothes. Much of this is gone, yet some remains (including the two-headed calf). 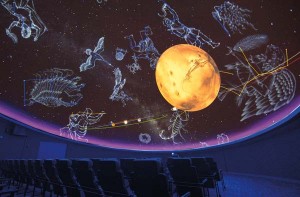 The original planetarium was razed in order to make way for the new state-of-the-art SciDome.

In the early ’80s, my family was one of the first on my block to have a VCR, which dates me technologically. I loved going to the old planetarium at the North Museum; it gave an aspect of celestial reality to a growing mind dwelling under the tainted nighttime sky of the city, with its light and noise. If the old planetarium were a VCR, then the new SciDome is a fully loaded iPad.

“We demolished our old planetarium, which featured a plaster dome not ideal for digital projection,” explains Mike Smith, a.k.a. “Cosmic Mike,” as I make my way into his universe, which was part of the grand tour that was provided by Marketing and Communications Manager Anne Faix.

The new 41-foot dome theater, built by planetarium industry leader Spitz, Inc., is comprised of perforated metal, on which digital, high-definition images are displayed. Cosmic Mike hits the lights. At the request of my daughter –  because the North Museum should be experienced by the whole family, said Anne – we whisk through the universe to its outer edge and view a closeup of Pluto. Cosmic Mike takes us in even closer. I never imagined I would see such detail on a distant planet. We then travel out of our universe and hurdle back to Earth. The technology, it seems, is boundless. Earthbound, the staff can create personalized lessons highlighting specific worldwide events – like tracking global seismology – or analyzing the Earth’s composition, region by region, from the small to the global. SciDome is part entertainment and part educational tool. It is wholly fun!

The SciDome is currently presenting the completely live and interactive astronomy show Cosmic Journeys (through November 22 and beyond, with an end date to be determined). Created by the North Museum team of SciDome Educators, this “first live SciDome show was created using all the cutting-edge technology of the new planetarium,” Anne explains. Also showing now through November 22 is National Geographic’s Seamonsters: A Prehistoric Adventure. Featuring original music by Peter Gabriel and The Footnote, the movie transports viewers back 70 million years to Earth’s prehistoric past. Speaking of prehistoric … 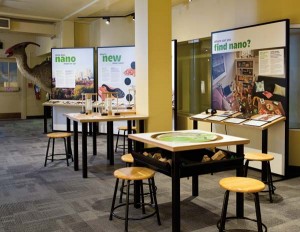 Dinosaurs will be in Lancaster this winter as part of the Explore the Past exhibit that will take visitors back in time – 200 million years!

Leaving the SciDome, we run right into a baby Tyrannosaurus Rex. He is a glimpse of what is still to come at the North Museum and guards the entrance to the Explore Nature Gallery (a combination of the former Discovery Room and Live Animal rooms).

“He actually walks and even blinks. He’s great,” says Anne. “He goes out into the community, too.”

Dinosaurs have always been a big thing – literally – but soon Lancaster will have a new exhibit when Explore the Past debuts in December. The exhibit will feature a full-size, reconstructed dinosaur, a vision of Pennsylvania 200 million years ago, and many dinosaur skulls, like the Stegosaurus and Allosaurus.

Then I visited, there were just a few teaser items on display besides the baby T. Rex, including a large Parasaurolophus (I think; I’m no paleontologist) and some dinosaur fossils. To my dismay, my kids couldn’t keep their hands off things, but Anne said it was okay. Explore the Past will be an interactive display with many touchable items where visitors can handle real fossils and bones in the Paleontology Zone.

“By the end of this year, we will have our dinosaur exhibit,” explains Anne. “One of the most exciting things is that a lot of this exhibit will be hands-on.”
Besides taking ganders at large duck-billed dinosaurs, visitors will be able to create fossil rubbings and make microscopic observations like a real paleontologist. There will also be an interactive computer station, which will allow creative guests to color a dinosaur.

The North Museum has undergone some massive changes. One thing is certain, the museum’s collections of more than 360,000 items – ranging from local archaeological finds to rare zoological specimens – keep things fresh each visit. (I never knew they had mummy heads.) Visitors can actually help take care of some of the snakes, lizards and turtles in the brightly expanded Live Animal Room. Traveling exhibits will become a long-standing tradition. For example, until January 3, 2016, museum-goers can view Gergerich’s Gadgetry: Art That Moves, which tickles the optical and aural senses. Even the gift shop is new and improved. I’ll be back again soon! 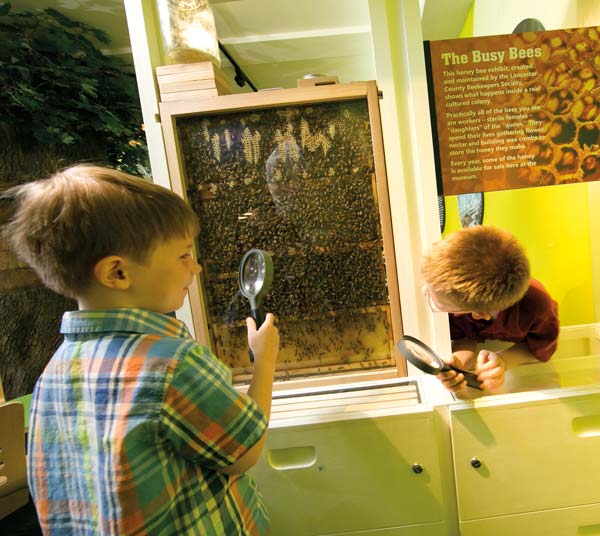