A new bridge is spanning the gap over Route 222 (Beaver Valley Pike) in Quarryville. It sits on the footprint of the former stone arch bridge that provided entrance to the borough from the north for more than 100 years. The new steel-and-concrete pedestrian bridge represents one of the final missing pieces in the 23-mile section of the Enola Low Grade Trail, running from the Safe Harbor Dam to Atglen. The crushed-gravel trail will now cover 8 uninterrupted miles, extending from heavily wooded Martic Township, over the stone arch bridge in Smithville, into the rural countryside of Providence Township, and all the way through Quarryville Borough. 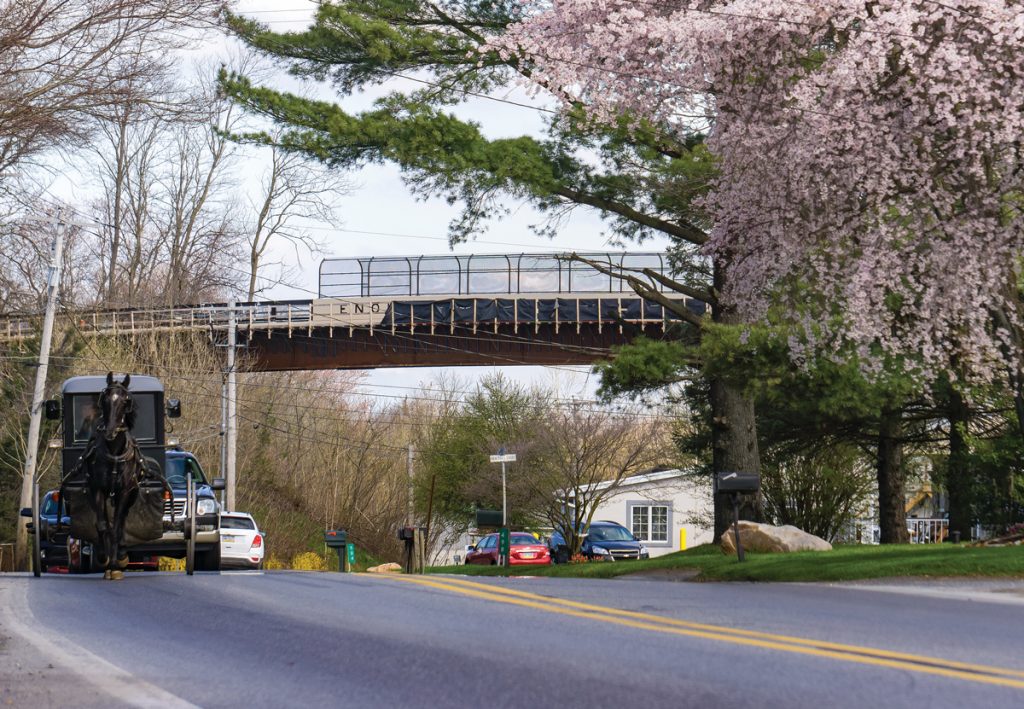 The trail follows in the footsteps of railroad history. At the beginning of the 20th century, the demand for commuter rail travel created congestion on the Philadelphia to Harrisburg Main Line. To alleviate the congestion, the Atglen & Susquehanna Branch of the Pennsylvania Railroad was built between 1902 and 1906. With the exception of the Panama Canal, the project required more earth to be moved than any other project of its day. The task also called for major feats of engineering for the time period.

The line was largely used for freight traffic that was hampered by much steeper grades on the Main Line, which is how it became known as the “Low Grade.” It also provided a new connection with the Columbia & Port Deposit Railroad.

Hurricane Agnes (1972) destroyed the rail bed in the Quarryville area, prompting Penn Central to initially announce it would abandon that section of tracks. Instead, members of the Quarryville Area Shippers Association partnered with the railroad to construct a branch connection that would allow Southern End businesses to continue shipping their products by rail. The connection remained in use until 1982, when Conrail abandoned it.

More than 100 years after its construction, many local residents were sorry to see the original stone arch bridge removed over a seven-day period in 2009. However, the bridge had become a detriment to the highway. The passageway beneath the bridge was so low and narrow that a car couldn’t pass through it at the same time as another larger vehicle. The new bridge not only provides for a smoother traffic flow, but it will provide a much-needed connection for all the walkers, runners and cyclists who wish to enjoy the picturesque views the Enola Low Grade Trail has to offer.

The opening of the bridge couldn’t have come at a better time. As you probably know, the deck of the recently restored Martic Forge Trestle was destroyed by fire in April. Prior to this act of arson (per the Pennsylvania State Police), the new pedestrian bridge in Quarryville would have connected more than 12 miles of trail – all the way to the Safe Harbor Trestle (which recently received the grant funding it requires for restoration). Hopefully, the Martic Forge bridge can be restored and the arsonist(s) brought to justice.

In the meantime, let’s not be deterred from using and enjoying this beautiful trail. It’s the best way to show your appreciation for all of the hard work that made this recreational dream a reality.

The Grand Opening Ribbon-Cutting Ceremony for the new bridge that spans Route 222 will be held Saturday, June 9, at 11 a.m. at 520 Fairview Road (Fairview Parking Area) in New Providence. In addition to the ceremony, local community organizations will be offering food, information and activities. For more information, call 717-786-7596 or visit providencetownship.com. 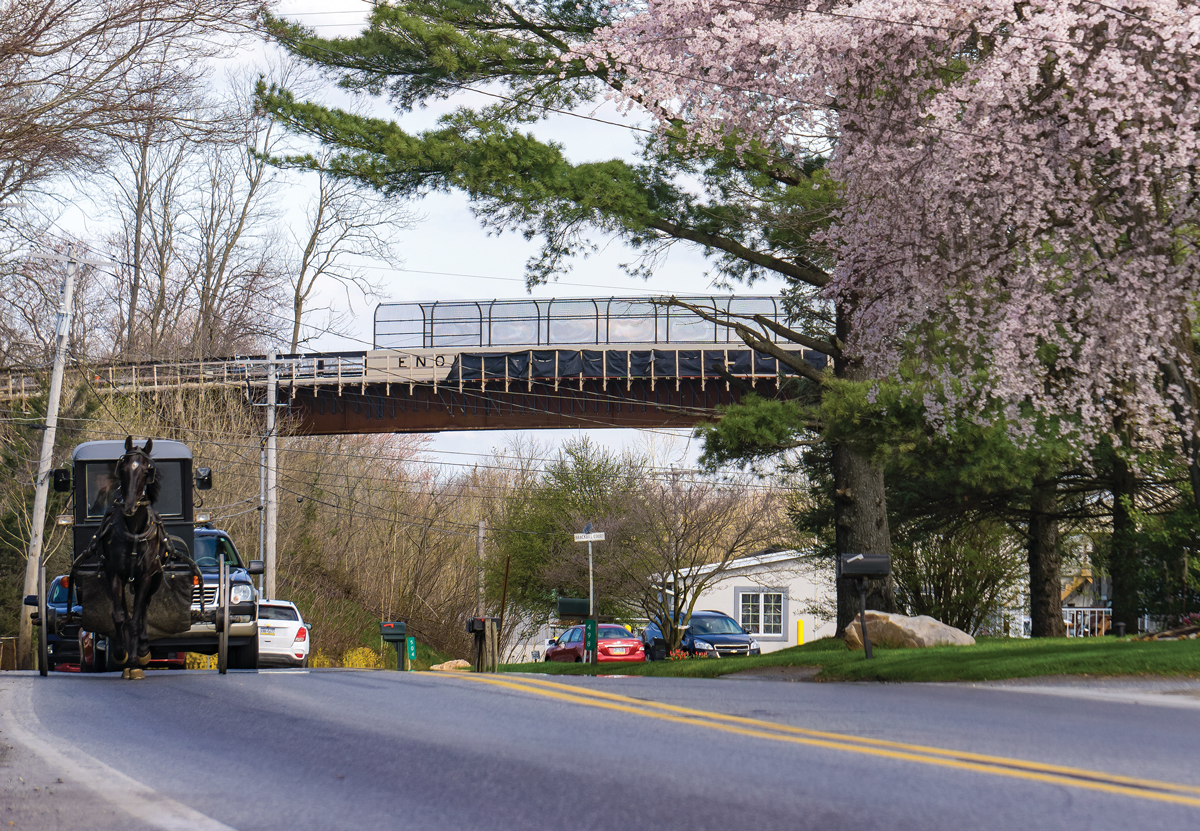