Almost everyone has heard of Sarah Bernhardt. The renowned French actress, who starred on stages the world over and on screens in the very early days of cinema, is about to make a “return appearance” in Lancaster, when Candace O’Donnell brings her to life at The Ware Center in April.

The first thing you notice about Candace O’Donnell is her beautiful white hair. She shares she was all of 27 when it started turning gray. She feels no need to color it now. At the age of 74, Candace is very up front and honest about the subject of “age denial.” She sees no benefit in lying about one’s age and says, “If it is a defeat to get old, then we are all going to be defeated.”

In fact, Bernhardt played Joan of Arc until the age of 65!  In her last appearance as Joan, there was a scene in the play in which the Bishop asks, “How old are you, Maid of Orleans?” And she answers, “I am 19 years old.” The audience reportedly went wild because they knew differently.

As for Bernhardt’s Lancaster connection, two years before her death and two years after one of her legs was amputated due to gangrene, Bernhardt appeared in the production of Camille at the Fulton Opera House.

Candace is best known for her one-woman shows that bring life to famous women from the past. She is presently in preparation for Sarah Bernhardt – La Divine and is getting a kick out of portraying someone who is her exact opposite.

But, Candace was not always an actress. The first part of her adult life was happily spent as an at-home mother and wife and part-time teacher. She did not pursue an active acting career until the age of 47, and she has no regrets about delaying her love of performing. “What’s the rush?” she likes to say. Candace is also a retired English professor, having taught at Elizabethtown College for 14 years. She is also a writer. Balancing Act, which relates to the aging process, appeared in Senior News, and she has also written for St. Anthony Messenger.

Her one-woman shows involve extensive amounts of research and writing. “I often find myself thinking I should have majored in history,” she says. She is aided by her husband of 49 years, John O’Donnell, who is a retired English professor and chair of the Department of English at Millersville University. John will be the person who introduces her to audiences as Bernhardt. While he is not an actor, he possesses a wonderful speaking voice.

Some of Candace’s past character portrayals include Mary Todd Lincoln, Abigail Adams and Carrie Nation. Other acting credits include Into the Woods (Ephrata Performing Arts Center), Music Man and My Fair Lady (Fulton Theatre), and Driving Miss Daisy (Brossman Theatre). She has also performed at Dutch Apple Dinner Theatre, Sight & Sound Theatres, Rainbow’s Comedy Playhouse and the Theater of the Seventh Sister.

Candace is not the only actor in the family, which includes four children and eight grandchildren. You could say acting is literally in Candace’s blood as her strikingly beautiful mother was an “extra” in Hollywood at one time. Candace’s two sons, Sean and Brendan, have performed on the Fulton stage (Peter Pan among others). Her 10-year-old granddaughter, Finneghan Forrester, has performed in Fulton productions and will make a cameo appearance in the upcoming show as Bernhardt’s little sister, Regine. Another granddaughter, Keeghan McLane, has appeared at the Fulton, as has her brother, Lachlan McLane, who also took part in the Mary Todd Lincoln show by doing the voice-over for the stuttering Tad Lincoln, Mary Todd Lincoln’s son.

Candace maintains she enjoyed the best of all worlds by staying home with her children while they were growing up, enjoying a satisfying teaching career and then pursuing acting later in life. “I guess you can say I’ve been able to have my cake and eat it, too!” she says. 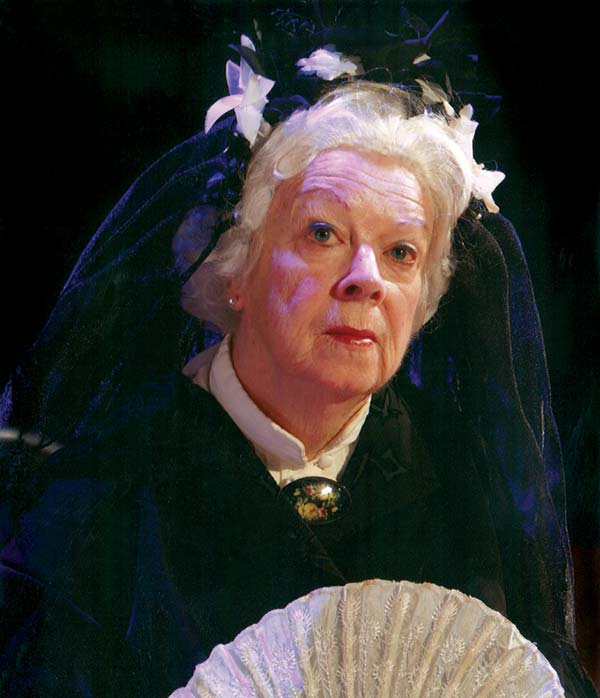