Let’s say you’re thinking about taking a vacation to wine country. Where would you go? Napa? Oregon? France? Italy? Joanne Bender would recommend South Africa. And, she’ll even take you there.

Joanne, who grew up in Salunga, first traveled to South Africa for work purposes in 1986 when she was only 23 years old. She lived there for 10 years, heading up her company’s computer department. She returned to Lancaster only to discover that South Africa “gets into your veins,” she says. In 2010 she moved back there, this time working for Junior Achievement South Africa. She returned to Lancaster in 2015 and now works at Franklin & Marshall College.

Joanne started exploring wine during her first residence in South Africa. Upon her return, she began establishing relationships. And, that’s why she says there’s no place like South Africa. “To me, the South African wineries seem more accessible [than California wineries],” she remarks. “The tasting experience is more personable in the wineries I’ve been to. South Africans are very open, hospitable people.”

Joanne’s eyes light up when she talks about the connections she’s made in South Africa – Bausman Family Vineyards, Andrea Mullineux, David Sadie – and it’s these relationships that make the country feel like her “second home.”

She met many friends and trained her palate through the Cellar Rats, a wine-tasting club in Johannesburg, where winemakers, winery owners and distributers would pour wine to taste. For 50 rand (less than 5 U.S. dollars), club members could taste eight wines.

Before South Africa’s universal suffrage elections in the early ‘90s, Joanne says winemaking was more about quantity than quality. When the country opened up following the end of apartheid, its winemakers gained access to better tools, including French oak, and became more knowledgeable, as they began traveling to other countries.

According to Joanne and industry insiders, South African winemakers are coming into their own in a big way. Consider the Swartland Independent Producers. These 20-plus member wineries have come up with a set of regulations for their region (similar to Old World regions like France and Italy), including where the grapes may be grown, what grapes may be used and how the wines must be produced and bottled. These wineries feel their terroir (environmental characteristics) is unique enough to brand and market their wine as an official “Wine of Origin Swartland.”

Andrea Mullineux, a transplant from the Silicon Valley who is now the winemaker for Mullineux Wines, is a member of the Swartland Independent Producers and is one of Joanne’s very favorite winemakers. Joanne makes sure to visit Mullineux every time she goes to South Africa. Joanne loves that the winery experiments with growing conditions and soil types while making fantastic wine. And, in case you don’t believe Joanne about the quality of Mullineux wines, here’s a corroboration: The June 2015 issue of Wine Spectator named Mullineux as a go-to red wine producer and a top chenin blanc producer in a story profiling South Africa’s post-apartheid renaissance.

On the red side, cabernet sauvignon and syrah are the leaders in South Africa, while chenin blanc is the star white. Joanne was kind enough to share a bottle of 2012 Sijnn White (a blend of chenin blanc and viognier) with me on a recent spring evening. Initially, she was somewhat disappointed when she first popped the cork. But, as it opened up, she was able to detect minerality and fynbos on the nose, explaining that, “Fynbos is a generic term used to describe the biodiverse evergreen-type bushes that grow in the cape.” Indeed, the wine was pleasant to sip with notes of peach and apricot.

She says she enjoys the character and roughness of South African wine, veiwing it as more textured and multi-faceted than California wine. It’s also a great value. She says some good white blends in South Africa can be purchased for 70 rand, which converts to less than $7.

So what better way to visit South Africa than with a former resident who knows all the best places? Joanne has taken several friends on trips to South Africa and is considering expanding her client base if there is interest. She loves traveling with small groups whose members know each other and can personalize trips based on traveler interest.
Liz Martin, a local insurance professional who also oversees her family’s Manor Township farm, has traveled to South Africa twice with Joanne. The two met through mutual friends, and Liz’s interest in wine tasting and travel made her the perfect customer. For the first visit, Liz flew direct to Johannesburg on a 16-hour flight (her preference). The second time, she had a layover in Amsterdam (Joanne’s preference). 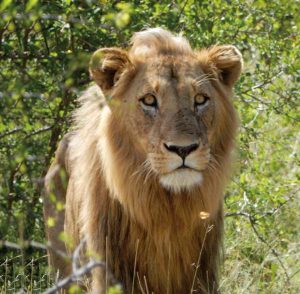 Both trips included guided safari tours at private game reserves, which give visitors the chance to see African animals in their natural habitats. Liz says this was her favorite part of each trip and recalls seeing water buffalo, leopards, rhinos, elephants, giraffes, zebras, hippos and even a lioness on the hunt.

She also marvels at the stars. “There’s very little light at night on the game reserves, and it gets so dark that you can see stars like you can’t even imagine,” she shares.

They spent time in Kruger National Park, Knynsa, Johannesburg and Cape Town, where they were able to ride a ski lift up Table Mountain during their first trip. The second time they were there, it was fogged in.

Liz, who had previously traveled to Napa, felt the South African wine experience was much different. She explains that some wineries date back nine or 10 generations and maintain a historical feel with tasting rooms in beautiful old estates. “If people like wine, it’s the place to go,” she says.

As much as we talked about wine, Joanne says the food scene in South Africa is world-class and on par with New York and San Francisco. The difference, she says, is your dollar will go very far in South Africa.

She says the harvest season, February and March, are her favorite times to visit, but adds that October is best for game viewing. Whatever your interests, she recommends 10 days to two weeks for the best experience. The entry-level price for a trip per person, including airfare but excluding meals, would be around $3,500 and build from there, if a group would like a higher-end experience.

Get in touch with Joanne at joanne@reservethispodcast.com. 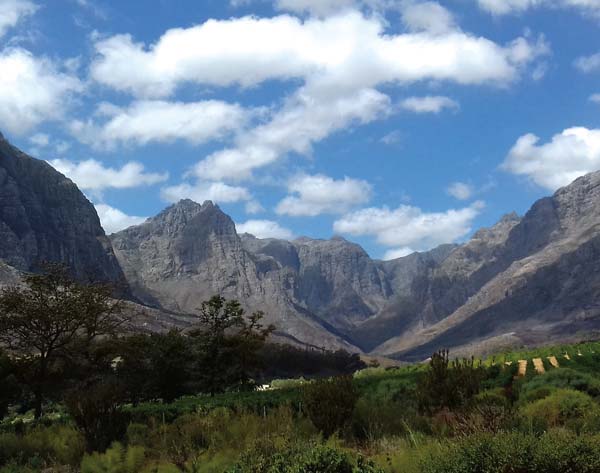