Over the years I have eaten everything from free-range birds to frozen Butterballs. However, I’ve found that a locally raised bird provides that special element to the Thanksgiving table. Everyone seems to have an opinion on where to find the best bird and, as you will discover, Lancaster County has plenty of options. 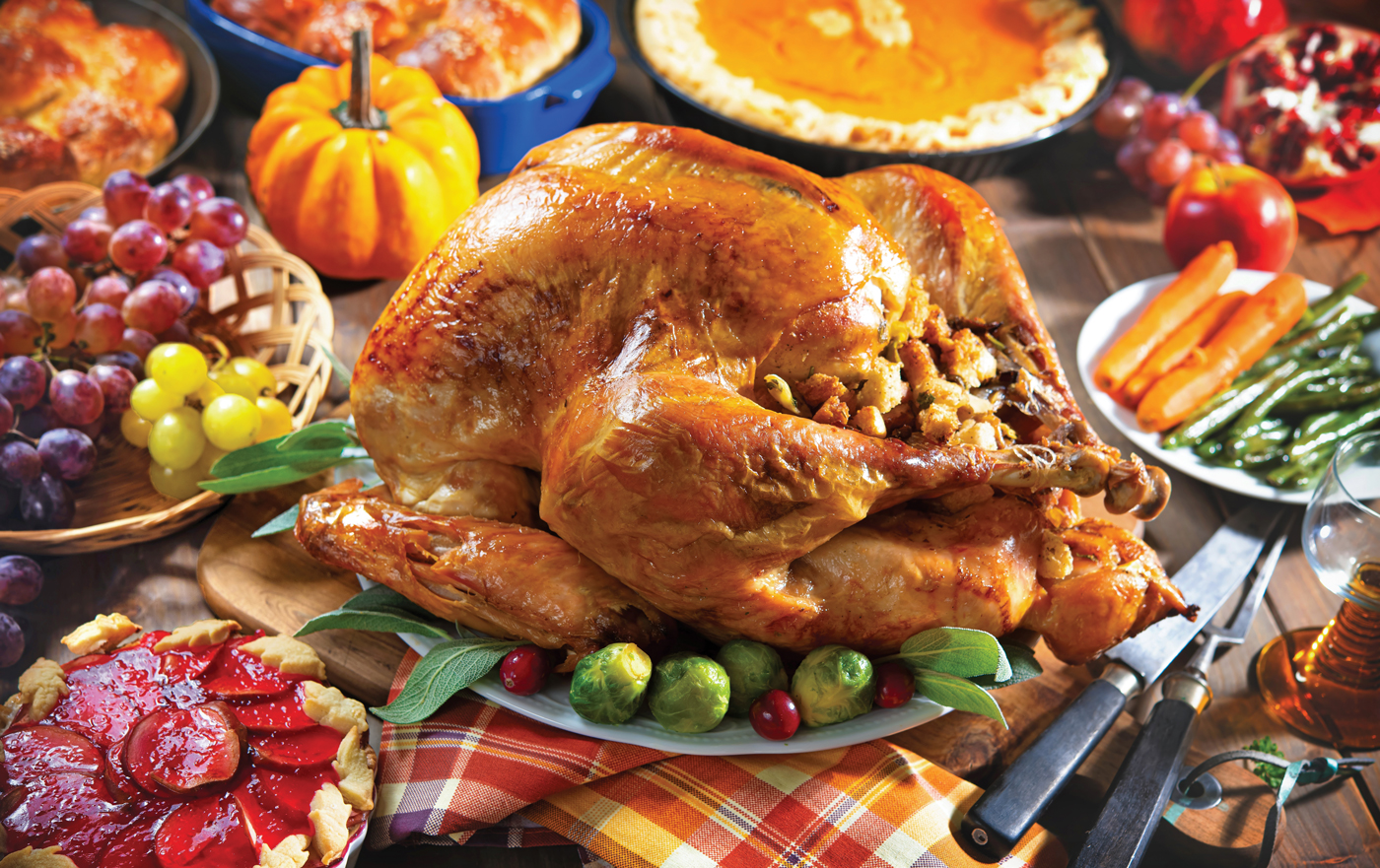 Thanksgiving lore is full of facts and fancies. On a trip to Richmond, Virginia, in 2021, my family –consisting of presidential history buffs – visited Berkeley Plantation, birthplace of William Henry Harrison, ninth president of the United States, and Benjamin Harrison V, signer of the Declaration of Independence. It was here I fully realized I may not have been given the entire truth about the history of Thanksgiving.

Starting in grade school I was taught the tale of Pilgrims and Native Americans who joined in friendship and peace over a meal. The imagery of a dressed turkey and tables full of bounty became iconic to the season. Ever mentioned was Plymouth Rock, where the English Puritan William Bradford and passengers aboard the Mayflower disembarked and formed a colony in 1620.

However, at Berkeley, I came across a sign while walking the majestic grounds overlooking the James River, 590 miles south of Plymouth, Massachusetts. An arrow pointed to a lane and the sign read, “To site of first Thanksgiving in America.” Down the lane in a small brick encasement stands a slab of granite inscribed with a brief recounting of Captain John Woodliffe and the passengers aboard the Margaret, which landed here in 1619. The charter for the new colonial settlement proclaimed: “We ordaine that the day of our ships arrival at the place assigned for plantacon in the land of Virginia shall be yearly and perpetually kept holy as a day of thanksgiving to Almighty God.” 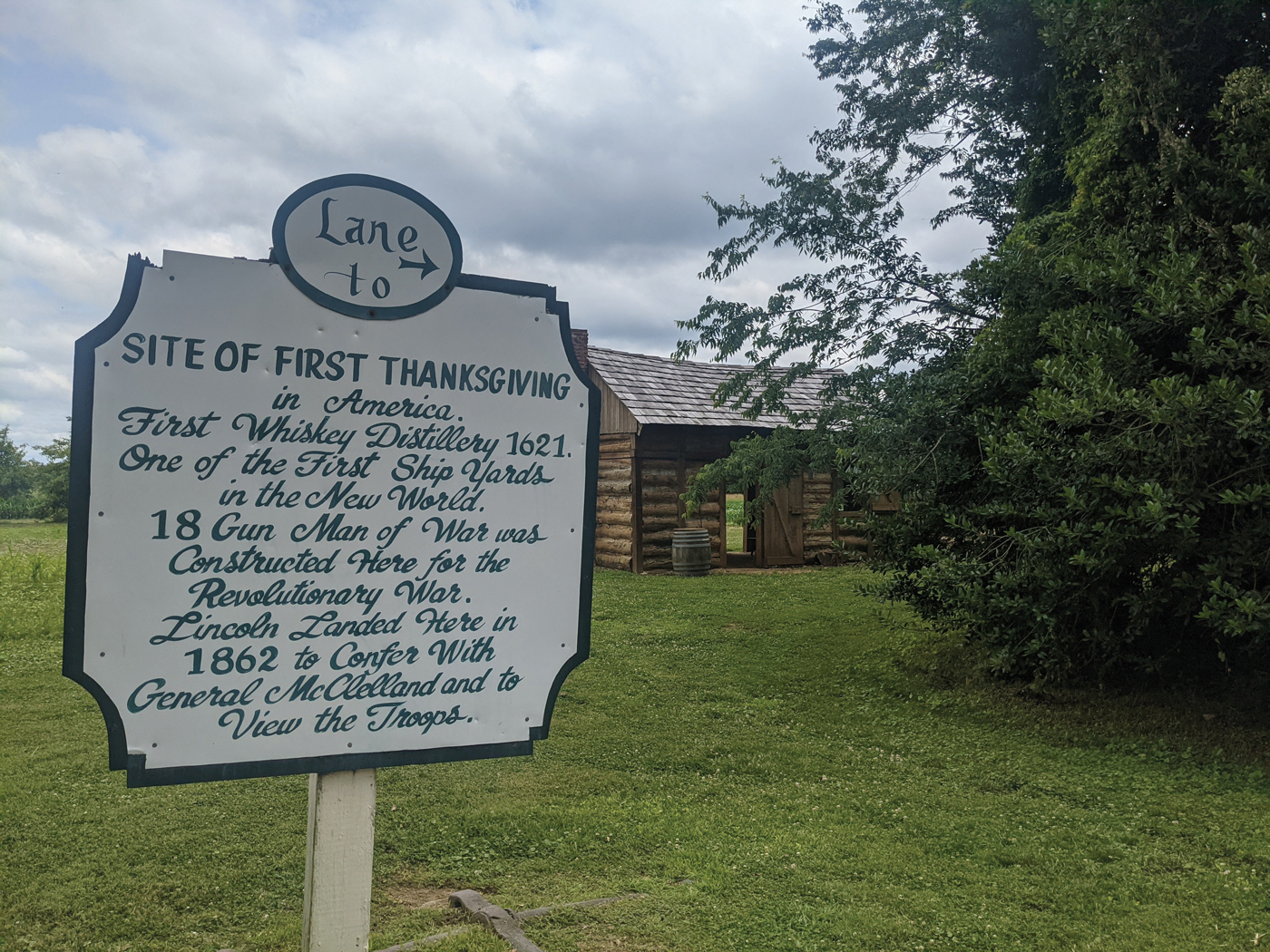 Berkeley Plantation, near Richmond, Virginia, lays claim to being the scene of the first Thanksgiving in 1619, one year before the Pilgrims and Native Americans shared a meal in Plymouth, Massachusetts. Historians debate which site provided the inspiration for the holiday that has been officially celebrated on the fourth Thursday in November since Abraham Lincoln was president. Many historians point to the Virginia event as being more prayer-oriented, while the one in Massachusetts was food-oriented. Add in the modern element of football and you have a thoroughly American holiday that entails family, food, gratitude and sport. 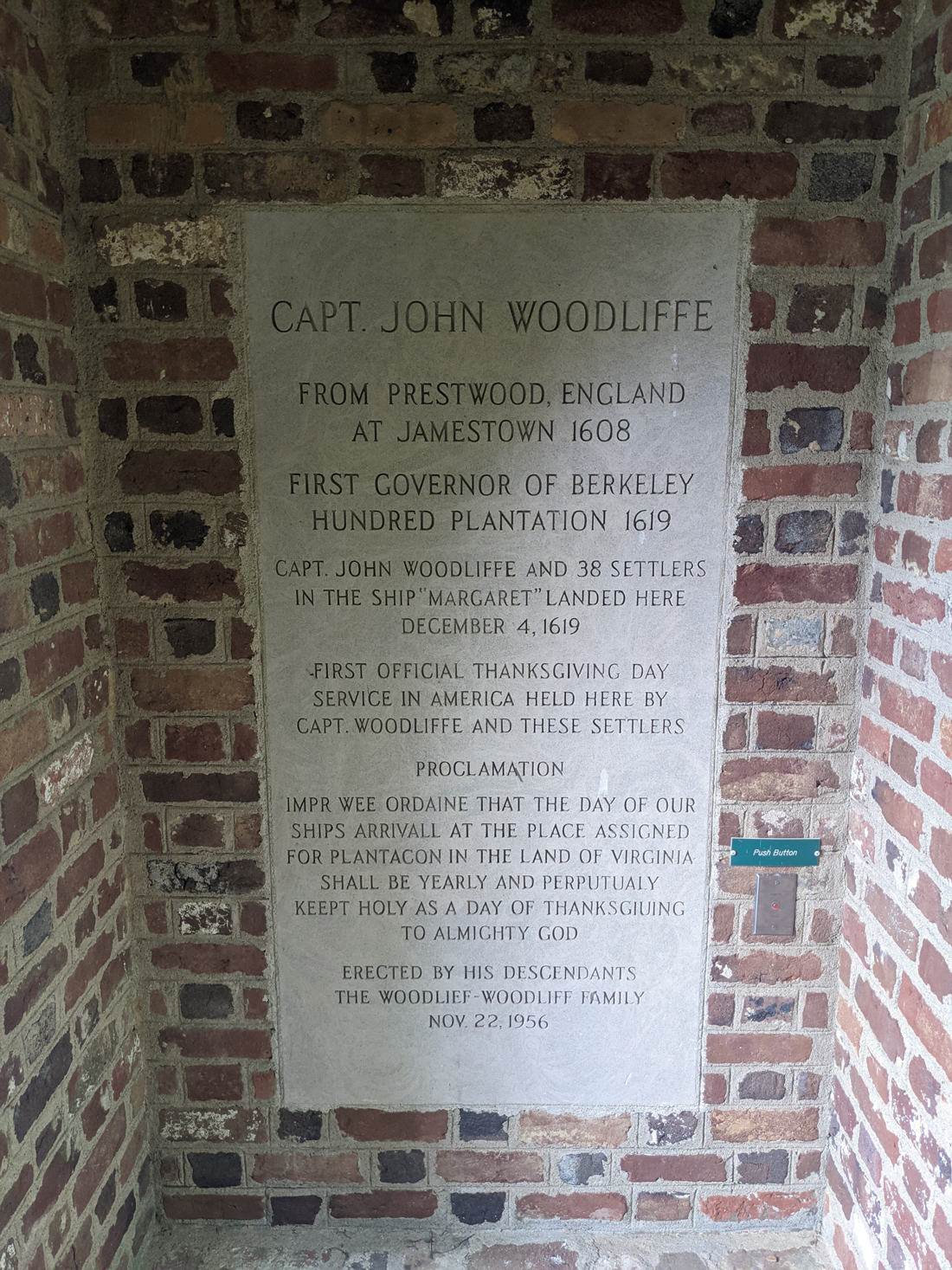 Some historians note the Berkeley Thanksgiving was merely a prayer gathering and not a feast. Yet some of those same historians speculate the first meal at Berkeley – thus Thanksgiving – consisted of bacon, peas, cornbread and cinnamon water. Either way, no turkey. Although the large wild birds freely roamed the continent and became a useful source of sustenance for early Americans, turkey did not start to make a regular appearance on the feast table until the 19th century. 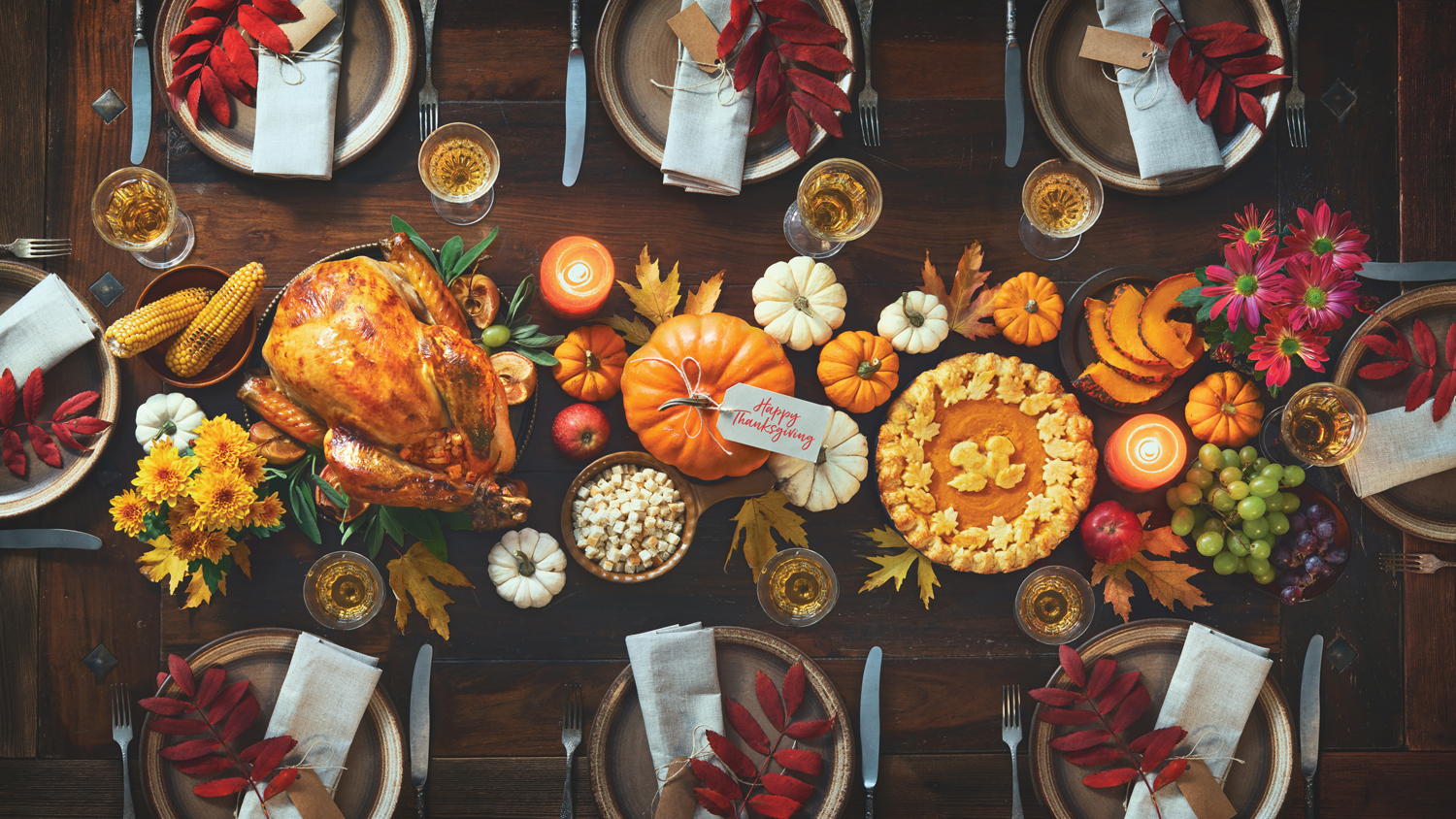 Thanksgiving became an annual holiday during the presidency of Abraham Lincoln in 1863 and thereafter, patriotism – turkey, the great American bird, was even proposed as the national symbol by Benjamin Franklin, but lost out to the bald eagle – officially began to intertwine with the feast. Both early and modern American cooks were and are drawn to the bird because its size is big enough to feed an entire family.

What follows are some local sources to make your dinner special. 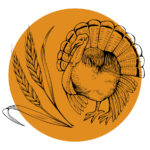 For The Turkey Lady, aka Tarrah Berrier, the start of the holiday turkey season begins about 60 days before Thanksgiving or about the time Lancaster Central Market hosts its annual Harvest Breakfast in early October. Since her space for whole turkeys is limited, you’ll need to order ahead of time. Otherwise, she sees a demand for legs, thighs and breasts among shoppers. One creative customer, says Tarrah, takes one of The Turkey Lady’s pre-cooked, boneless turkey breasts, covers it in stuffing and then wraps it all in bacon! Outside of the Thanksgiving season she sells a lot of turkey sausage; on Fridays, she displays approximately 20 different varieties. As for tourists, Tarrah reports that they gobble up the turkey sticks. 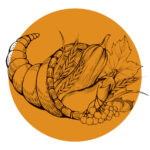 Founded in 1858, Esbenshade Turkey Farm, located between Strasburg and Paradise, makes the claim to being the oldest turkey farm in America. With the seventh generation now working this family-owned-and-operated business, it is a fact in which I cannot find fault. No wonder they take pride in raising approximately 8,000 Broad Breasted White turkeys (the most widely bred domesticated variety) each year. Fresh, cage-free and hormone-free turkeys are available in sizes ranging from 10 to 30 pounds. Orders can be picked up at the farm, at Eden Resort & Suites or at Leisure Lanes. Check their Facebook page for ordering and pickup details. 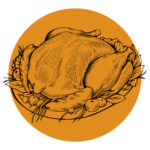 No, no, no, no! That means no preservatives, no growth hormones, no antibiotics and no animal by-products when it comes to Sensenig Poultry’s turkeys. All birds are raised and dressed on the nearby farm and sold at a retail store in Lititz. The great thing about this location is the variety of products. There are turkey burgers, breakfast sausages, jerky, ring bologna and more at this store that also doubles as a deli selling pre-made items like desserts and side dishes, as well as groceries. Sensenig’s starts taking orders for turkeys in October. 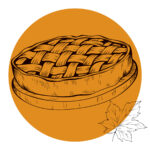 When I moved back to Lancaster County, I knew I wanted to find a local source for my Turkey Day meal. Located in the farmland between Leola and Farmersville, the Weaver family has been raising and selling turkeys since 1960. Frozen turkeys are available year-round, but the majority of the 18,000 turkeys sold here over an average year leave the simple storefront for Thanksgiving. Weaver’s is also known for its capons, smoked or fresh, and provides portioned turkeys, as well. Advance orders are key. Call ahead to reserve a hormone-free, veg-fed bird for Thanksgiving, as well as before stopping by during the “off season” of December through September. 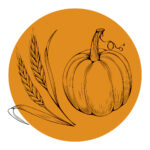 Starting in November, fresh turkeys are available at the closest turkey farm to Downtown Lancaster, Livengood Family Farm. Frozen ground turkey, half breasts, drumsticks and thighs are available throughout the year. In the ’90s, Dwain Livengood and his family helped develop the Certified Organic label in Pennsylvania, and have now “gone above and beyond organic certification standards.” Livengood turkeys are pasture-raised (and “guarded” by the family dogs) and are free of GMOs, soy, antibiotics and growth hormones. The Livengoods insist a free-ranging habitat leads to a tender and flavorful bird. Orders can be placed online starting in October and picked up at the farm in time for Thanksgiving.