In the eyes of some eager youngsters — and nostalgic old-timers — a train is as synonymous with Christmas as are those stockings hung by the chimney with care. While the Tannenbaum’s peak has its star or angel, in many American homes, the space under the lowest boughs is reserved for a model train. Obviously, there’s a reason why you can’t spell choo-choo without Ho, Ho … HO!

According to the folks at the National Toy Train Museum in Strasburg, toy trains (made of wood) date back to 1860s Europe. Electric trains made their debut as window displays at the turn of the 20th century.

Lionel was the first and remains the most recognizable — and collectable — model train on the market. One of the most sought-after model trains is the “Brute,” a Buddy L-sized locomotive owned by one of the country’s most prolific collectors, Al Cox, who put a $1-million price tag on his rare collectable.

In 2006, a Lionel 20th Century Limited State Set consisting of a 400E black locomotive engine sold for $253,000 at auction. This record-setting sale goes well beyond what is found living in attics 11 months out of the year only to surface as a holiday decoration. As I discovered, some people take model trains very seriously, which led me to Ephrata … 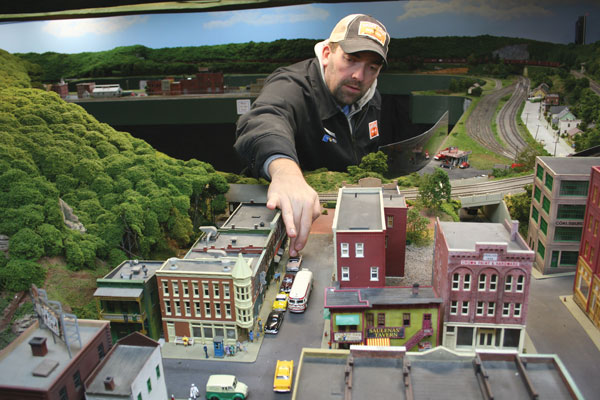 The 4,960-sq. ft. basement of 11 South State Street is home to the Short Line Model Railroad Club, a collection of more than 25 enthusiasts who have dedicated hours of their time to creating one of the most magnificent model railroad displays in the area. Entering from the back of the building (which is currently for sale, but still houses the club) via Sugar Alley, I met club president Sean Gaston, who was joined by a handful of members one Thursday evening for a regular, weekly work session. I was stunned at the sheer magnitude of the permanent display.

First, I had to learn the lingo. According to Sean, there are eight predominant sizes, or scales, in model railroading, with HO being the most prolific; at 1/87 scale, it is the third smallest. The largest scale in model railroading is Standard, with a 1/27 ratio of the model to a real train.

The club’s HO set-up symbolizes (more than replicates) a section of the Pennsylvania Reading Anthracite Line running from Sunbury to Reading. Miniature coal carriers, passenger trains and supply cars run on east- and west-bound main lines through detailed towns similar to those found on the actual, now defunct, coal line; the towns in the display are named after past club members. During a full operation, the club will run three trains on each of the two main lines.

The Short Line Model Railroad Club, which was founded in 1989, represents the transition era of the 1950s, when steam engines and locomotives were sharing the tracks. During my visit, the club was hard at work creating a new logging line, which promises to be detailed with cut timber, foresting equipment and new buildings; it will be up and running in time for the club’s annual open house this holiday season. “The old saying in model railroading is that your model railroad is never finished,” Sean remarks. “We are constantly changing and working on things.”

Many of us can remember operating electric dials and levers to control our model trains, always hoping to go just fast enough to make the turns at an exciting speed without having the train derail. Today, train operation is controlled digitally. Sean pulls out his iPhone and, with a touch of an app, he has control of all the trains on the layout.

“It takes a lot to maintain a layout this size,” he observes, referring to both the manpower and the man hours that go into the setup. The detail is phenomenal. If you go, see if you can find Jimmy Hoffa! (He’s there.) 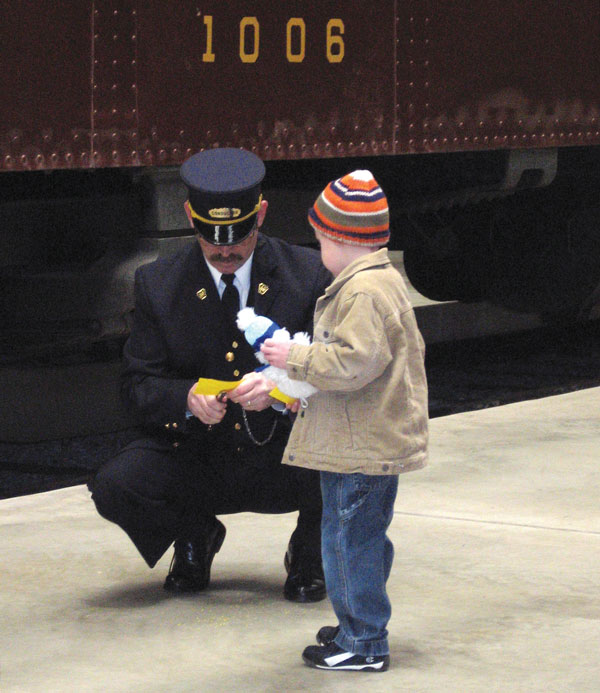 Children have a special attraction to full-size trains. A testament to this fact is the popularity of the Christmas with the Conductor Parties that are held at the Railroad Museum of Pennsylvania in Strasburg. On two Saturdays in December (this year’s dates are December 2 and 9) the museum opens one of its historic railroad cars for little guests and their parents who get to enjoy a special reading of a holiday classic story, create a craft in Jack Frost Station, and leave with a small bag of goodies and their special golden ticket punched. Kids can even send personal telegrams to the North Pole and visit Santa in Steinman Station.

“They are very popular. We book those parties in advance, and they sell out,” says Museum Director Patrick Morrison. “In December the museum will look very festive,” he continues. “It is a different feel at Christmas time here.” The festive look sets the stage for another family-friendly event, Home for the Holidays, which is also being held December 2 and 9.

Patrick, whose favorite Christmas movies are National Lampoon’s Christmas Vacation and A Christmas Story, saw a spike in interest with trains when the book, The Polar Express, was published in 1985.

“The book has always been something that I’ve enjoyed, and I think a lot of our visitors have enjoyed it, too. But, a whole new generation of interest in railroads picked up with the movie,” he notes. “It has increased interest in places like the museum.” 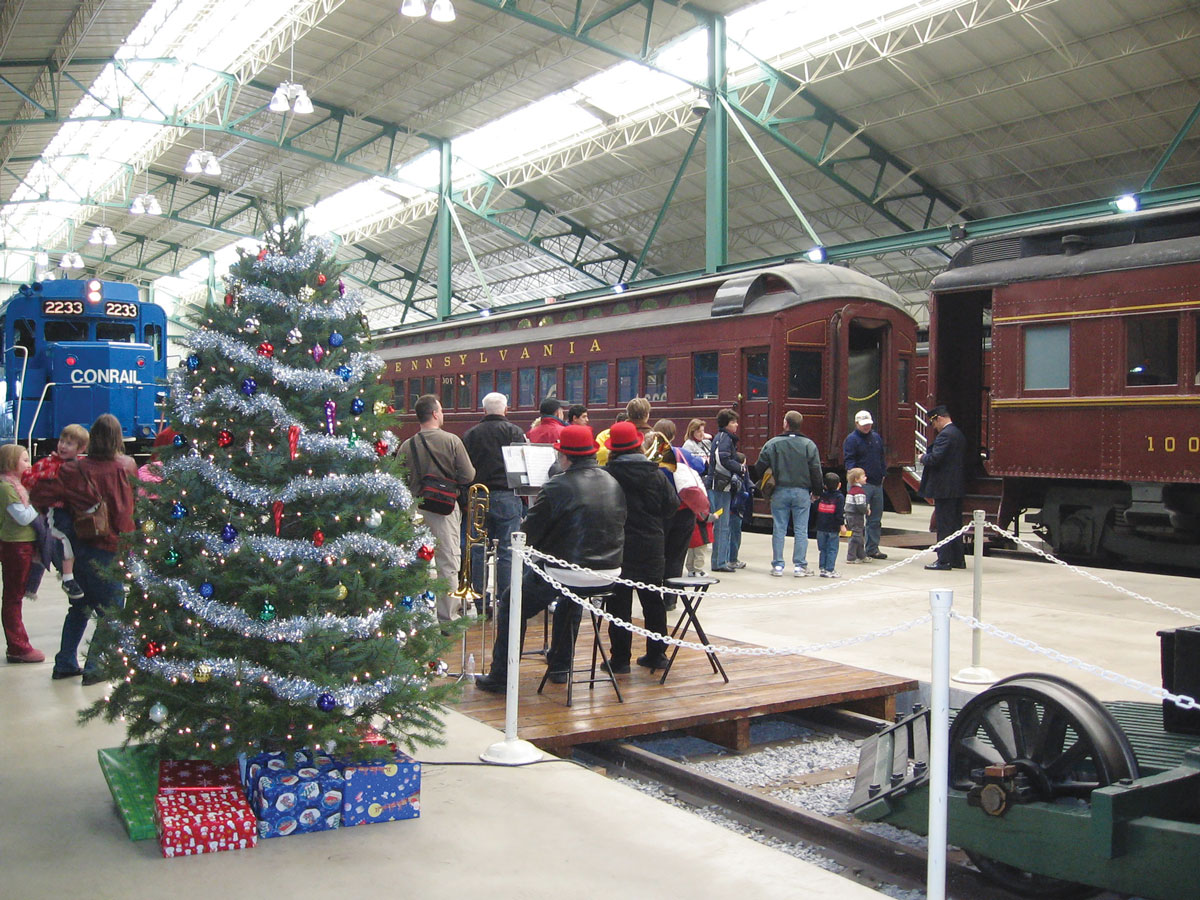