Who knew that when Elvis Presley released this angst-filled song – “Are you lonesome tonight, do you miss me tonight, are you sorry we drifted apart … do the chairs in your parlor seem empty and bare?” – that 60 years later it would define the feelings that so many people across the world are grappling with due to the pandemic?

According to the Centers for Disease Control (CDC), the pandemic is taking a devastating toll on our mental health. Lisa Marsh Ryerson, who is president of the AARP Foundation, calls loneliness and social isolation “a very real public health crisis” and portrays them as being “worse for your health than obesity and smoking 15 cigarettes a day.” The foundation even developed a website – connect2affect.org –
to address the crisis.

Seniors aren’t the only age group being affected. According to a survey conducted by CBS News, 75% of respondents (ages 18-24) shared they are feeling lonely and anxious. According to Psychology Today, loneliness, which it defines as a sense of being isolated and alone, “can consume the mind and soul” and have an adverse effect on our overall health.

The CDC points out that loneliness isn’t necessarily about being alone – after all, you can be in a crowded room and still feel lonely. It’s more about the lack of meaningful social relationships in your life. Unfortunately, the pandemic and its social distancing, lockdowns and other related mandates, have only magnified loneliness and other mental health concerns.

Yale historian, Frank Snowden, who is the author of Epidemics and Society, maintains that social connections are “vital to human survival.” The pandemic is driving that fact home: everyone – from the youngest school children to the most senior members of society – is feeling the effects of being socially isolated from friends and family. Being physically separated from co-workers and classmates is frustrating. Job loss and uncertainty about paying rent or the mortgage and basic bills has led to non-stop anxiety. 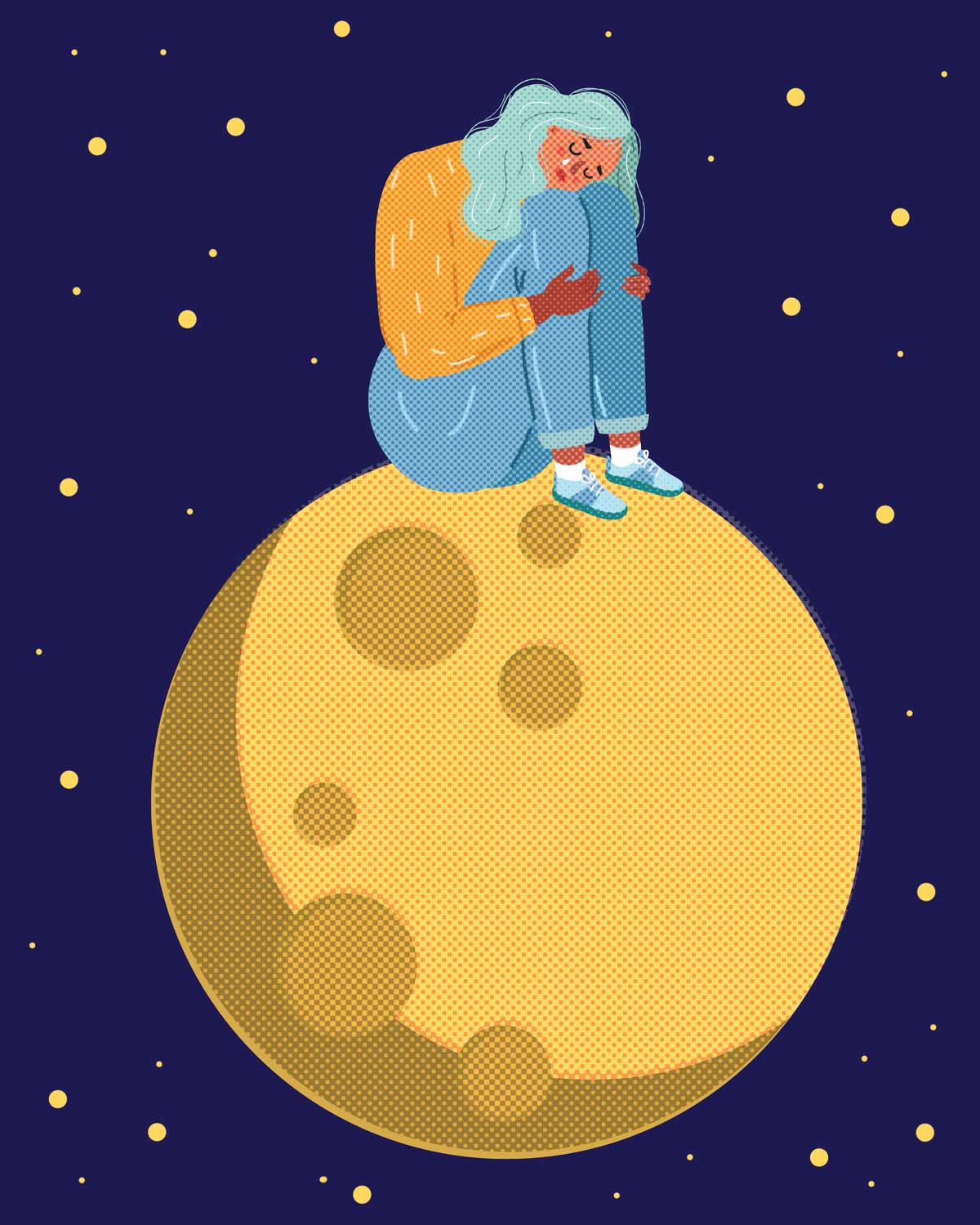 The impact of loneliness and other mental health issues is telling. In June, the CDC released the results of a survey in which 41% of the adults that were surveyed reported experiencing an “adverse mental or behavioral health issue.” Results verified that anxiety disorders had tripled when compared to the same time period in 2019. One in 10 respondents admitted they had increased their use of alcohol and illicit drugs.

Unfortunately, statistics reveal that only 11% of the population takes advantage of the resources that are available to help them cope. One-third of the population admits to feeling uncomfortable sharing their feelings relating to loneliness with friends and family. Scott Kelly, an astronaut who is the brother of the newly elected Senator (and former astronaut) from Arizona, Mark Kelly, finds this alarming and explains in an article that appeared in Psychology Today in support of the AARP Foundation’s new initiative, that during his 300+ days in space, NASA was persistent in keeping tabs on his mental health and required him to communicate with a psychologist every two weeks. “It’s too bad that same concern isn’t demonstrated on Earth,” he notes.

There are ways to cope. Exercise is an oft-touted approach. Communing with nature – even for just a short time each day – is another. Making an effort to connect with friends and family is very beneficial, whether it’s during a socially distanced meet-up, a phone call or Zoom session. Involving yourself in a new hobby can be beneficial. Seeking out virtual “gatherings” that address things that are of interest to you, i.e. book clubs, or even social media sites that focus on topics that are of interest to you (history, photography, home décor, DIY projects, etc.) provide opportunities to interact. Psychology Today also encourages you to adopt an “attitude of gratitude” and remind yourself what you are grateful for each and every day. 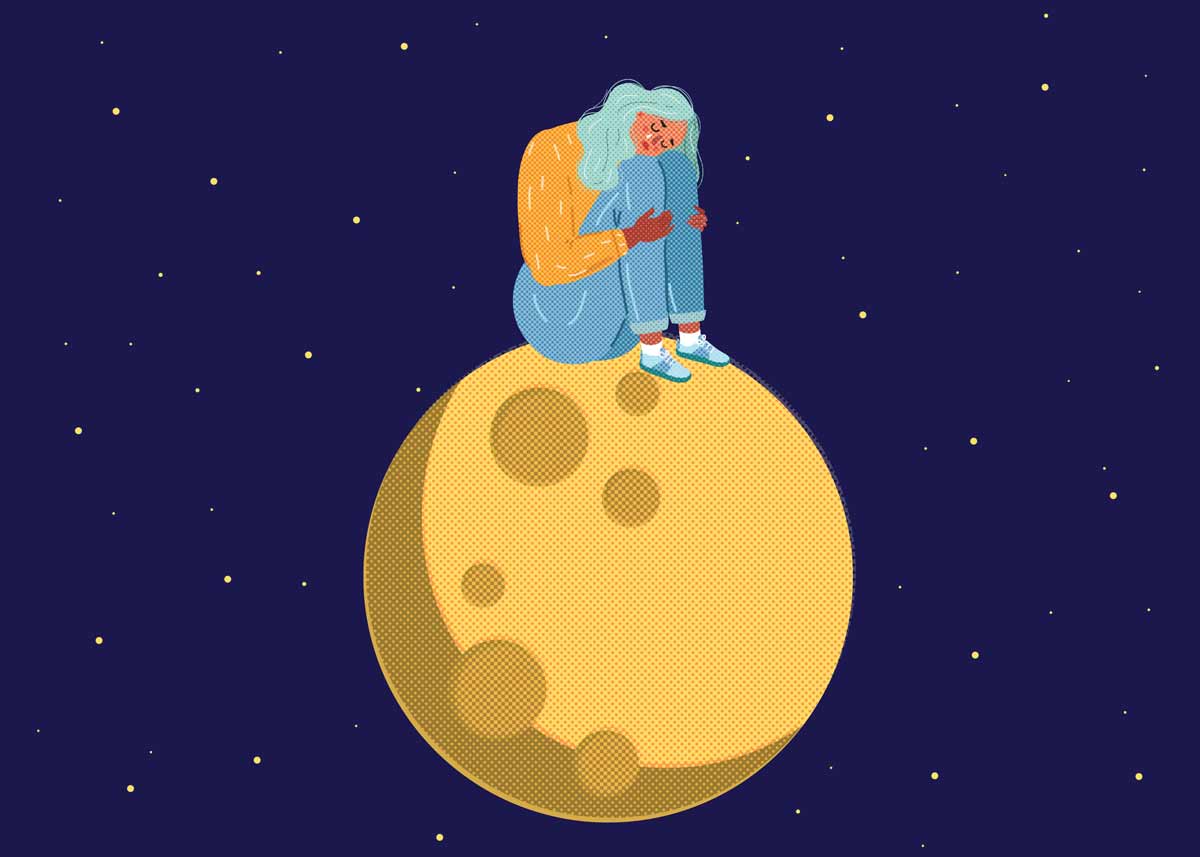