August is usually regarded as that sleepy “dog days” of a month in which nothing happens. As we have been reminded throughout the summer of 2019, a lot happened 50 years ago during the months of July and August. Incredibly, five years later, another monumental event would occur in August.

Earlier this year, ABC aired a docu-series that was simply titled 1969. Each week covered a different topic. The year was a memorable one in my life. I graduated from high school and was destined for a college in North Carolina. I had two jobs that summer. By day I was a babysitter and at night and on weekends, I dipped ice cream at Good’s Dairy.

My babysitting job had a nice amenity – the family I worked for rented a house in Avalon, New Jersey, during the month of July. They entrusted me to stay with their two kids at the beach house Monday through Thursday, which allowed them to return to their businesses in Lancaster. They would return to Avalon on Friday afternoon, enabling me to meet friends in Wildwood or Ocean City for the weekend. 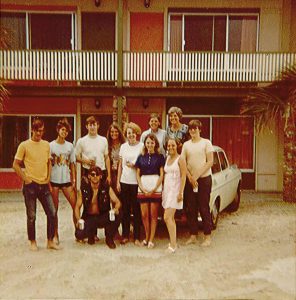 When they discussed the job requirement with me and my parents, all I could think was, “I’m going to get paid to go to the shore for a month!?” The job was a dream. They provided me with a car and money for the three of us to eat out and entertain ourselves. Fortunately, Bob and Gladys Good saw it as an opportunity and took me off July’s schedule.
Of course, we were in Avalon during the Moon Walk. However, I remember that week for a different reason. It rained relentlessly. People blamed the weather on men being on the moon. Entertaining two kids who did not get along was not fun. Watching the moon landing on the black-and-white static-filled television was next to impossible.

On those weekends I spent in Ocean City and Wildwood, we couldn’t help but notice the now-iconic posters that hung on walls in shops and restaurants on the boardwalk and advertised three days of “peace, music and love” at something called the Woodstock Music & Art Fair.

While it sounded “rad,” we had other things to do – namely prepare for college. I couldn’t wait to spread my wings, but reality set in on the day I was scheduled to head south. When I sat down to eat breakfast with my parents and sister, I burst into uncontrollable tears. They sat staring at me in shock. Finally, my flustered dad told me I didn’t have to go.

But, go I did. Ten hours later, I was in North Carolina. My parents didn’t hear from me for two weeks. I was busy spreading my wings. On my first Saturday night as a college student, a bunch of the freshman girls in my dorm decided to go to a club out in the boonies where beach music would be playing and beer would be flowing. The Yankee girls had no idea how to order a beer – finally some upperclassmen took pity on us and, thanks to them, we became devotees of such beverages as PBR, Bud, Miller and Iron City. I also took all my skirts to the dry cleaner and asked them to hack about 10 inches off all of them.

As I sat and watched 1969, I was reminded that the moon landing, Chappaquiddick, the Manson murders and Woodstock all took place over the course of two months. What a summer it was!

On the night of June 17, 1972, five men were arrested for breaking into the offices of the Democratic National Committee, which was headquartered at a fancy new office/hotel/apartment complex called The Watergate in Washington, D.C. Several of the burglars were traced to Richard Nixon’s reelection committee, as well as to the White House. Initially, it didn’t get much play in the papers or on air – with the exception of The Washington Post, where two reporters, Bob Woodward and Carl Bernstein, covered it with a vengeance. 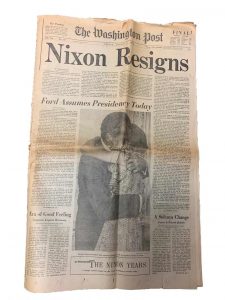 By the spring of 1973, Watergate was becoming more than an inside-the-Beltway story thanks to the televised Senate hearings.

In the summer of 1973, I moved to D.C., where I worked for a trade association. The neighborhood where my office was located was interesting – we were two blocks or so from the White House. The Russian Embassy was next door. Aeoflot, the Russian airline, was on the first floor of our building. The back of our building shared an alley with the back of The Washington Post’s building. ABC’s Washington newsroom was two blocks away. It was not unusual to see Barbara Walters or Sally Quinn (the Post) on the street, in the drug store or at the local deli. It also became easy to spot Woodward and/or Bernstein. Woodward always walked at a fast clip, while Bernstein sort of aimlessly sauntered along.

The televised hearings became must-see-TV in D.C. One of my co-workers was so obsessed that she went out and bought the biggest color TV she could find. She bequeathed her small color TV to me (it replaced a tiny back-and-white model that relied on aluminum foil to transmit the snowy picture). This was during the infancy of VCRs, which meant on high-drama days most people called off work, went to a bar at lunchtime or tuned into the hours-long recaps that aired at night.

By July 1974, three articles of impeachment had been adopted by the House Judiciary Committee. A month later, the Supreme Court directed that the “smoking gun” – the infamous Nixon tapes – be released.

While The Washington Post had led the charge in news coverage, television as a news source was coming into its own thanks to Watergate. Hordes of lunchtime observers would encircle the White House, hoping to see the breakout reporters, Tom Brokaw of NBC and Dan Rather of CBS. It was a circus!

Forty-five years ago, on Thursday, August 8, the final installment of the Watergate saga was written. Richard Nixon became the first president to resign.

Several weeks ago, I was leafing through the July issue of Washingtonian Magazine. It contained a story that compared the nuances of the Baby Boom and Millennial generations. One of the comparisons involved keepsakes. It seems D.C. boomers treasure their deluxe DVDs of the movie, All the President’s Men that starred Robert Redford and Dustin Hoffman. While I don’t have the movie, I still have my copy of the book … plus a copy of the August 9, 1974, edition of The Washington Post. It’s a keeper! 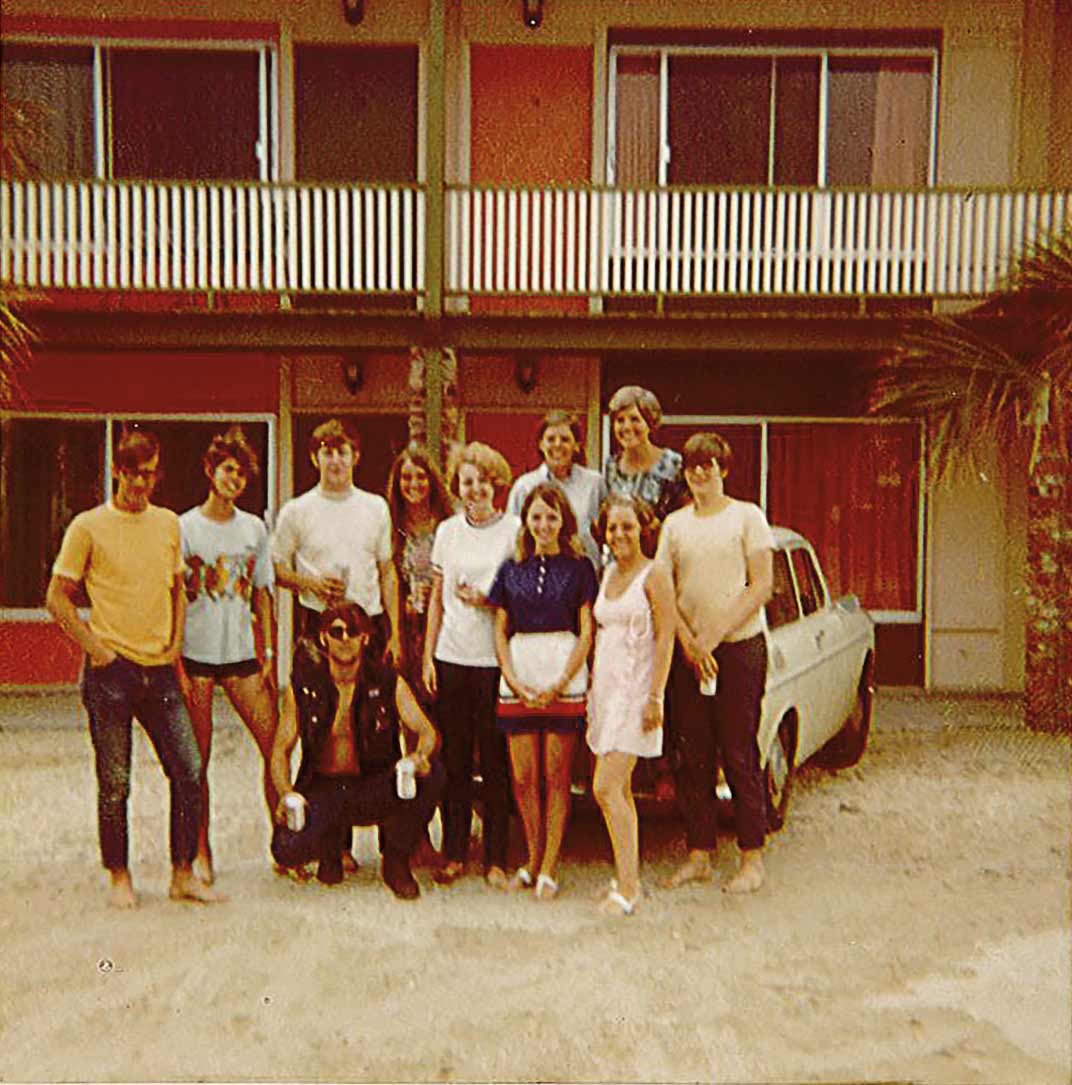