New Year’s weekend provided the perfect backdrop for a wedding that was planned in a matter of four months. 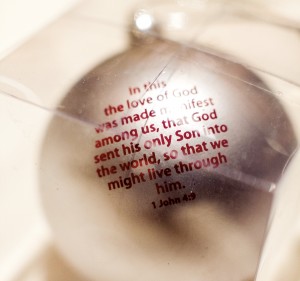 Holiday ornaments served as gifts for the guests

Austin, who grew up in Lancaster County, is the owner of Embroidery by Artwear, a full-service company providing apparel and promotional items with embroidered or silk-screened logos. The company is currently based at Schaum’s Corner in Brownstown. Tara , whose Irish-Italian roots are Philadelphia-based, has been a Lancaster resident since 2000, when her father’s job brought the family here. Until her marriage, she was a paraeducator at Carter and MacRae Elementary School in Lancaster.

The date was October 30, 2011, a Sunday. They were attending a football party. Ironically, Tara and Austin are not football fans. Each simply wanted to go out for the evening. Especially Tara. Two months earlier, during an early-morning run along a rural Lititz-area road, she was hit by a car. Her injuries ultimately required five surgeries. “I was able to leave the house once a week and Sunday was usually the day,” she explains (she depended upon her family for transportation). That Sunday evening, she planted herself in the vacant chair next to Austin. They talked non-stop. “Five hours later, I got up and left,” she recalls. Their first date took place five days later. “We went to Starbucks and took turns reading Scripture to each other,” Tara says. From that day forward, the two became inseparable. “We were best friends from the beginning,” Tara reports. 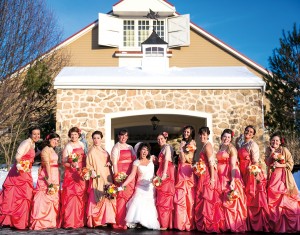 Recognizing marriage was in their future, Tara and Austin enrolled in pre-engagement counseling sessions offered by their church, Harvest Bible Chapel-Lancaster. As for the formal proposal, most expected Austin to pop the question during a Biblical Missions trip that took the couple to Trinidad in July 2013. Only known to Tara’s father, Austin had indeed purchased a ring prior to the trip. But, he didn’t want to risk losing it and asked the store to keep it safe while he was gone.
Instead, he chose to propose on a day in late August. “It was a beautiful, sunny day and I was spending my last day before school started in the backyard,” Tara recalls. “Suddenly, Austin walked into the backyard. It was unusual to see him during the day; he’s usually at work.” Austin remembers asking Tara if she would be his wife.

Tara and Austin knew they wanted to get married within the year. But, when they started perusing the calendar, they discovered 2014 would be filled with weddings of friends and family – seven in all – some of which they would be involved. They were faced with the choice of getting married in early 2014 or waiting until fall of that year. “A friend pointed out that 1/4/14 would be a memorable date,” Austin notes. On closer inspection, they decided the date would work well for all involved: Austin generally closes his business over the holidays and members of Tara’s family who lived in other parts of the country were already scheduled to spend New Year’s in Lancaster. 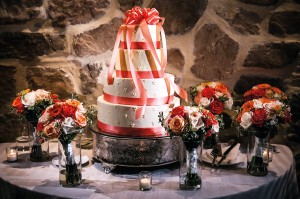 The salmon-and- white color scheme echoed in the cake and floral arrangements.

With only four months to plan their wedding, the couple had to begin making decisions. Tara points out that she is a rarity where wedding-planning is concerned. “As a little girl, I never dreamed about my wedding,” she relates. It was Austin to the rescue! The Inn at Leola Village is a client and he suggested they meet with them. Thankfully, the date was open. And, to the couple’s relief, working with the venue equated to one-stop services, as the inn provided everything: food, flowers, cake, rooms for the ceremony and reception, guest accommodations and even spa/salon services. “We did get to do taste-testing for everything,” Tara comments. “That was so fun!” For other vendors, the inn was able to provide a list of recommendations. One of the needed vendors was the photographer. Matthew Tennison came highly recommended by both the inn and a friend.

Early in the week prior to the wedding, forecasters began using the word “blizzard” to describe the weather for Thursday/Friday. Wonderfully, the warnings were reduced to a mere snowstorm. An icy snow began to fall Thursday evening. Tara and Austin remained unflustered. “I love the snow,” Tara says. “I thought it would be cool to have snow from a picture perspective.” The two discussed the situation with Matthew and decided they would take advantage of the winter-wonderland scenery and shoot some portraits along the backroads of Leola between the morning rehearsal and the 4 p.m. ceremony. “We loved Matthew’s approach,” Tara comments. 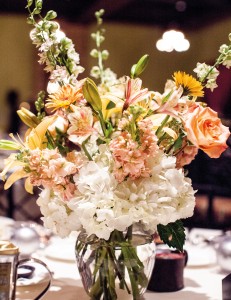 A Perfect Day to Praise God

The inn proved to be the perfect choice for Tara and Austin’s wedding. Knowing the weather could be problematic and with 240 guests scheduled to attend, they decided to hold all aspects of their big day at the inn. In regards to the ceremony, Austin is of the opinion that “a church is not a building; it’s a group of people.” He adds: “We wanted to focus on giving glory to the Lord.”
The plan was to hold the ceremony in the Dietro Room and then move the guests to another area for hors d’oeuvres. A sit-down dinner would then follow. The newlyweds chose to dance to Inland by Jars of Clay. The day closed with an after-party. Guests were given gifts of Christmas ornaments that bore words taken from Scripture (Austin imprinted the ornaments himself). “We thought they would be meaningful,” he says.
Tara’s favorite memory from the day is two-fold: She will never forget seeing “most of the people we love gathered in one room.” She also cherished the fact that she and Austin were “worshipping Christ for the first time” as a married couple. As for Austin, he’ll never forget his first glimpse of Tara at the “First Look” photography session.

The Groffs will be expanding their family this month. “A 1/5/15 delivery date would be amazing!” Tara says of the birth of their first child.

lockwise from left:/ Because so many guests would be arriving from out of town, the Groffs decided to have the ceremony and reception at The Inn at Leola Village./ Holiday ornaments served as gifts for the guests. 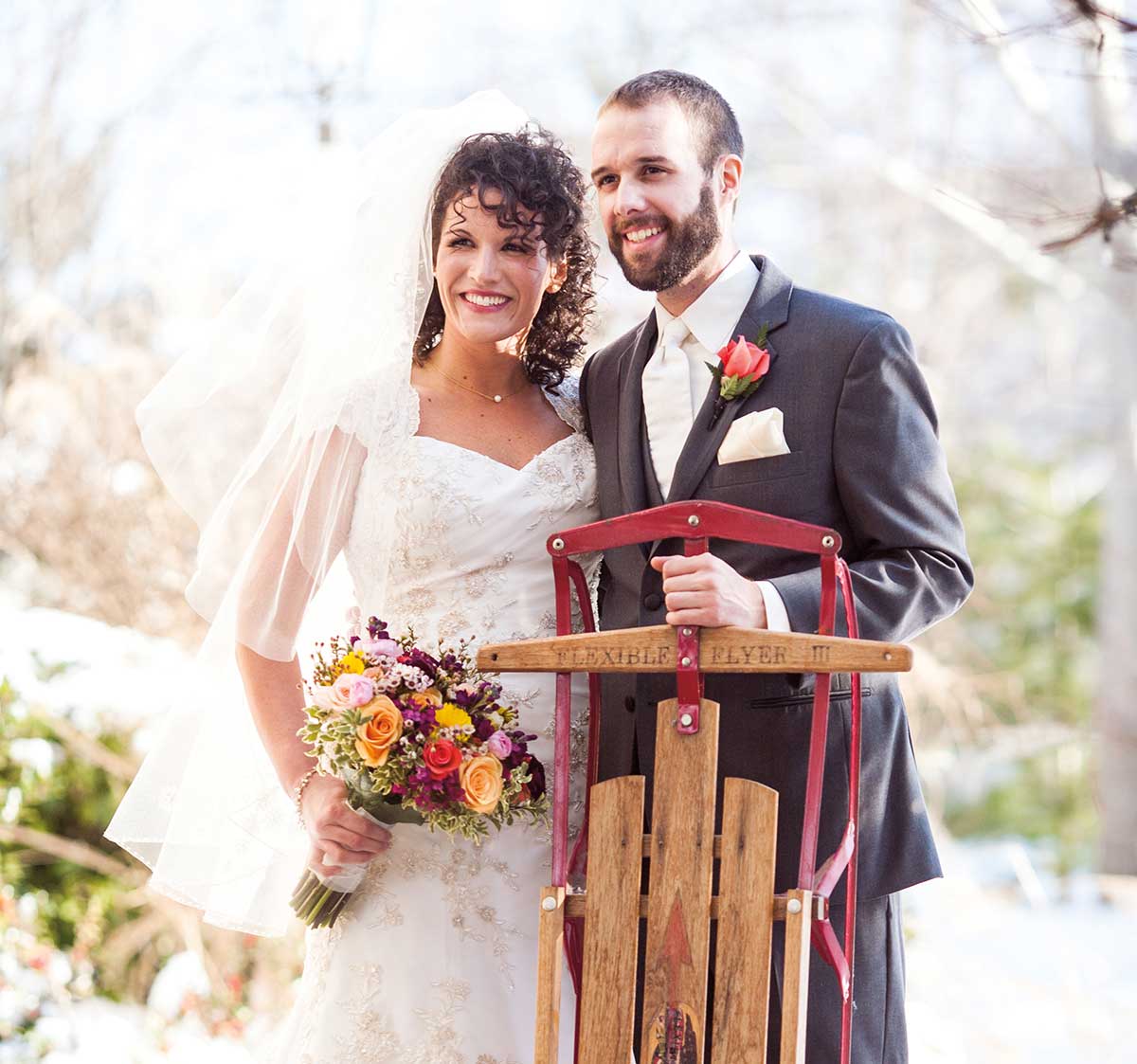 Tara brought her Flexible Flyer from childhood to the wedding to serve as a photography prop.