Winners from each of our survey categories are highlighted. 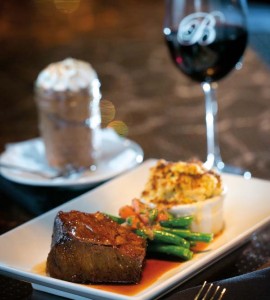 “Seventeen years. I can’t believe it,” owner Dean Oberholtzer says of the Belvedere Inn’s recent anniversary. While the menu is the drawing card for patrons – unlike many restaurants, the Belvedere still makes its desserts in-house – Dean turns the tables and says the best thing about his job is “definitely the people.” Seen here are short ribs with tomato salsa and mac & cheese. The dessert is S’mores Chocolate Mousse, which entails layers of chocolate mousse, graham cracker crumbs, shaved dark chocolate and marshmallow meringue. Red wine is the perfect pairing for the entrée and the dessert. 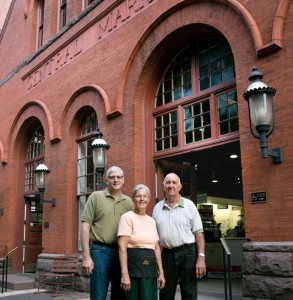 Two hundred seventy-five years is a remarkable run. That’s how long Central Market has been sustaining its fans, making it the oldest farmers’ market in the land. Inside this iconic building, you’ll find some market stands that have enjoyed incredible tenures of their own. Stoner’s Homegrown Vegetables is the title holder at 120 years (or thereabouts). The current standholders, John (aka Captain Arugula) and Ethel, fortify customers with farm-grown heirloom tomatoes, bok choy, Brussels sprouts and more. Holding the second-longest spot is Thomas Produce at 80 years. Ruth and Wilmer raise their produce on a 65-acre farm in Northern Lancaster County. They also sell starter plants, eggs from neighboring farms and homemade granola. And, it’s hard to miss the standholder with the third-longest record: Long’s Horseradish at 60 years! The stand may be small in size, but the impact is mighty! You’ll undoubtedly get a whiff of the offerings – ranging from freshly grated horseradish to Horseradish Barbecue Sauce – long before you arrive at the stand. 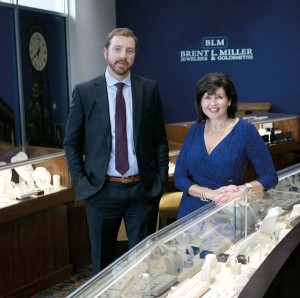 Tiffany & Co. will make you dream big. That’s the effect the storied New York jeweler had on Ryan Miller, who after joining the family business, realized he had a lot to learn. So, he headed for New York, where he worked for Tiffany’s for two years. “When he came back, he immediately had his eye on a building that sat along the Manheim Pike,” recalls his mother and business partner, Jo Miller. Ryan had a vision for the building that once housed a machine shop. Their new jewel of a store – Jo calls it “a dream come true” – is sleek and modern. Blue – not that blue – takes its cue from sapphires. An entire section – probably larger than the original store on N. Queen Street – is dedicated to watches. Engagement rings beckon from stylish cases. Precious gems twinkle. Pandora entices. It all equates to Ryan naming “sharing a customer’s special moment” as the best part of his job. 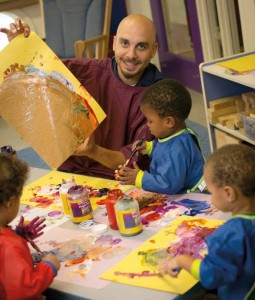 Joel buch not only won the Painting-Paperhanging category, but he also placed second in the Community Volunteer category. Joel, who launched his career at age 16 by working for his uncle, intended to go in another direction and enrolled at a bible college in Oklahoma. But painting lured him back home in 2001. He subsequently launched his own company – Joel’s Painting & Contracting – and in the process hired his uncle, mother, father, brothers and cousins. “It’s truly a family business,” he says with pride, noting the best aspect of his job is “working with the public” and seeing his employees “take pride in a job well done.”

An interest in helping the youth of Lancaster prompted Joel, who grew up in Elizabethtown and now lives in the city, to become a youth pastor. He not only mentors young people, but he also steers them toward careers in painting and other trades. “A willingness to learn is a character trait that makes for a good employee,” says the father of three.

Now his mentoring extends to toddlers. A few years ago, he began donating a “painter for a day” to the Lancaster Day Care Center’s Night on the Town benefit. Upon visiting the center, he noticed it could use a splash of paint. A grant enabled the center to hire Joel, who was able to deliver a “fresh and fun” look via dynamic colors. Next thing he knew, he was a board member.

He is proud to be affiliated with an organization that is much more than a day care center. Education is being provided between play time and naps. For our photo shoot, Joel put his finger-painting skills to the test with a group of 2-year-old boys who were simply amazing. Before they posed for the camera, they were working their iPads like pros. Afterward, they sat as Joel read from their favorite book, No, David! In answer to Joel’s questions, they correctly identified colors, supplied the names of fruits and vegetables that adorned the pages, and explained the scenarios in which David was involved. No doubt, an artist might emerge from the group, as well as some computer programmers (and I would guess a football player or two).

The Lancaster Day Care center, which is located on S. Queen Street and provides services for 100 children ages 6 weeks to 5 years,  is observing a milestone in 2015. This year marks its 100th anniversary. According to Executive Director Nina Maragne, the center might be the oldest non-religion-based day care provider in the United States. The anniversary will be celebrated at the Lancaster Country Club on November 7, when the annual Night on the Town benefit is being observed as Night of the Century. Call 392-7413 or visit ldcc.org for ticket information. 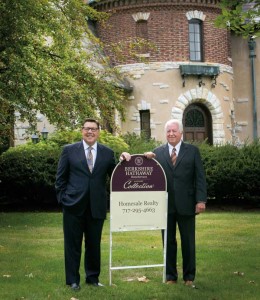 In Pete Slaugh’s estimation, “When you like what you do, it’s not a job.” Doug Rebert echoes that by saying, “It’s exciting to come to work every day.” As the co-founders and managing directors of the Homesale Reality Family of Companies, which provides one-stop shopping for everything from mortgages to property management, the partners say the best part of their jobs is serving as “talent scouts” in an effort to provide the company with top-notch agents and employees. Over the past 12 years, the company – affiliated with Berkshire Hathaway since June 2014 – has closed 131,663 real estate transactions, creating a sales volume of $23.9 billion. As a result, it is ranked by REAL Trends magazine as the 24th most successful real estate company in the nation. 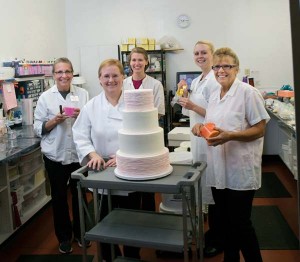 You could say wedding cakes designed by Oregon Dairy’s bakery have the power to aid orphans in Africa and benefit the world at large via renewable energy. Since 2011, Oregon Dairy has been generating its own electric power through a roof-top solar program that was developed by Lancaster-based Horizon Energy, LLC (and installed by MVE Solar of Ephrata). Horizon “invests” their profits – through the Horizon Initiative – by creating micro communities (each generally consists of an orphanage, a school, a farm, a medical clinic and perhaps several microbusinesses) in Africa.

Oregon Dairy’s bakery ovens operate non-stop; in addition to the regular lineup of pies, cookies, breads, whoopie pies and other items, at least 200 orders are placed each week for special-occasion cakes. “We design and make seven to 10 wedding cakes a week,” reports Cathy Lewars, who says the best aspect of designing a wedding cake “is helping to make someone’s big day perfect.” 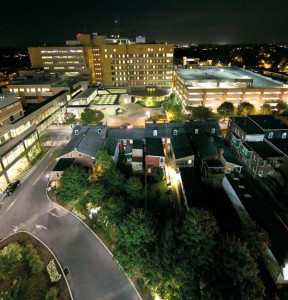 What is the prognosis when a nationally recognized, not-for-profit community healthcare system partners with a world-renowned, not-for-profit academic medical center? For Lancaster County, the partnership of Lancaster General Health and the University of Pennsylvania Health System (Penn Medicine) is taking healthcare to an all-new level, as residents will be afforded unprecedented access to advance treatments, more than 4,000 physicians and advanced clinicians, and hundreds of facilities, including seven hospitals, three of which are among the top five in the state (according to U.S. News & World Report). The diagnosis is cost-effective, high-quality healthcare. 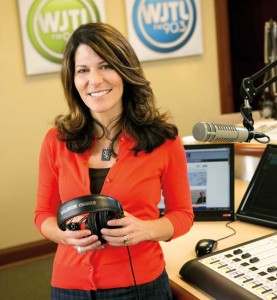 You might say Lisa embraces life … with gusto. She also faced death as a result of contracting a deadly flesh-eating bacterial disease. She credits her saving grace to the thousands of prayers that were sent her way. Two years later, she’s almost back to her normal routine, which includes hosting the Get Up and Go Show weekday mornings on WJTL, as well as Saturday morning’s Kids Cookie Break that often takes her on the road.
The road has also taken her around the world, thanks to organizations such as the Mennonite Central Committee. And, she pops up at benefits throughout the county, snapping photos of fundraising events. She also does voiceover work at WGAL.

But her favorite roles are wife and mom. “I met my husband in 7th grade,” she says of John Blowers. Son Alex is making plans for the future, as he will graduate from Dayspring Christian Academy this spring. Lisa says culinary school is his goal.

What’s the best part of her job? Lisa says it’s the power of radio – she calls it a personal medium. “People tell me that I motivate them to get up and get going in the morning, or I help them get through the day,” she explains. “Still others thank me for a certain song that ‘speaks’ to them.” 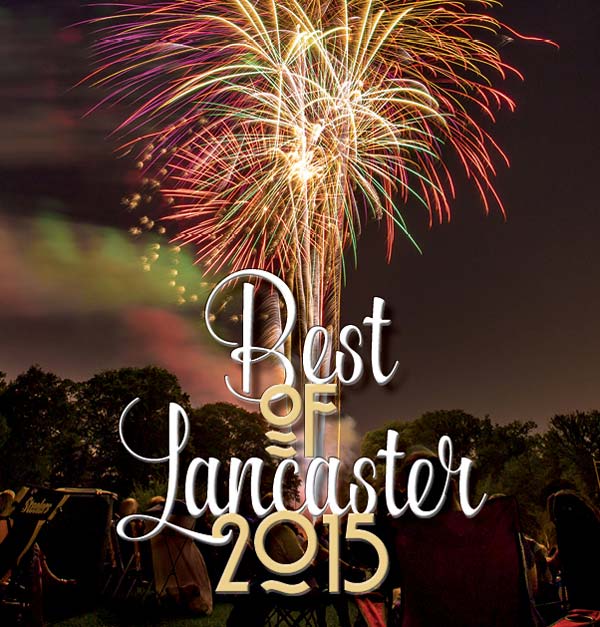 Dave Pidgeon was one of the runners-up in the Second Annual Instagram contest that is presented by Discover Lancaster in association with Paul Anater. His shot captures one of Lancaster’s most beloved events: the fireworks show that follows the Fourth of July concert at Long’s Park.