Dwight Graybill has owned Denver-based Cocalico Builders for 23 years and had worked for its previous owner as a high school and college student. “I’ve never seen or experienced anything like this,” he says of doing business in the age of Covid.

According to Dwight, Covid has added a monkey wrench to an already perfect storm of issues that are affecting the industry. Of course, inklings of a labor shortage have been circulating for the last few years. “Kids just aren’t going into this line of work,” he says. (Fortunately for Dwight, one of his three children, Ben, is following in his footsteps and is assuming more responsibilities.) “I just don’t understand it,” he says. “The building industry offers so many opportunities to people with all kinds of interests and talents.” A new wrinkle has surfaced: workers are seeing an unprecedented demand for their abilities and view it as an opportune time to start their own businesses. 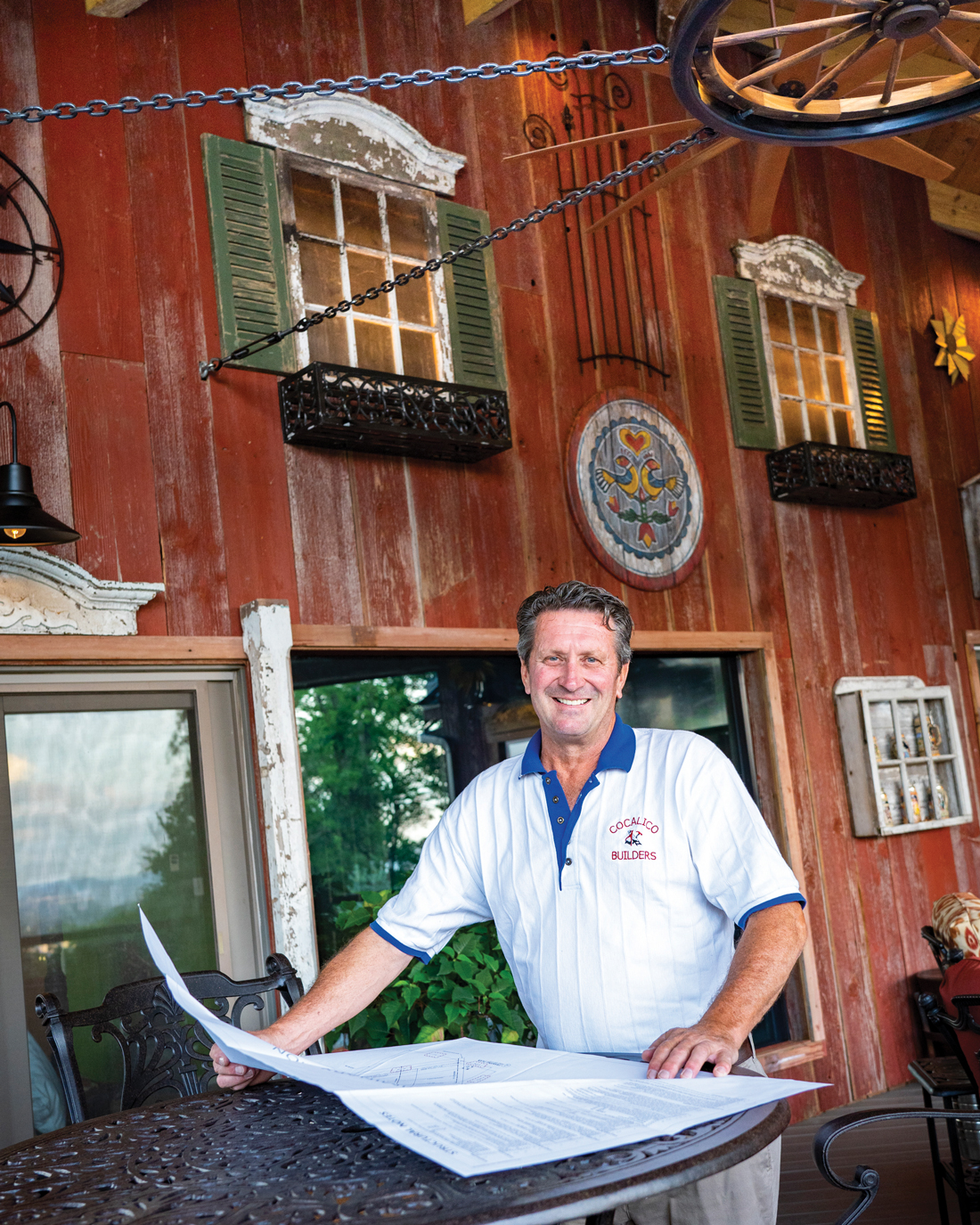 Dwight Graybill has owned Cocalico Builders for 23 years. His favorite projects entail those that allow him to incorporate recycled and upcycled finds into a design. Two of his projects won C. Emlen Urban awards from the Historic Preservation Trust of Lancaster County.

At the other end of the spectrum are the baby boomers, who are exiting the workforce to retire. “I don’t know what’s going to happen to this industry when it loses people like Butch [Hainley],” Dwight says of his stone mason. “It’s almost impossible to find that kind of talent right now. Who knows what the future will hold.”

Add another component – illness – and small companies that are already lean must scramble to stay on schedule. “We were incredibly fortunate to work for a homeowner like Jimmy [Borst],” Dwight says. “Because of his construction background, he was able to pitch in and help us out on the job site. We were also grateful that he was around to do things like run errands for us. That was a huge help.”

Lori Lorah-Sauder, who is Cocalico Builders’ project coordinator, echoes those sentiments, explaining that she now spends a great deal of time contacting subs in the hopes they would be available to work on one of the company’s projects. She reports that subs who once could typically work for a few weeks now say they can spare a day or two. “The Amish have proven to be lifesavers,” she says.

Incredibly, sticker shock – the cost of building materials and lumber has skyrocketed – isn’t deterring homeowners from remodeling or updating their homes. “They’ve been sitting at home for the last 18 months watching HGTV, looking at magazines and surfing the internet. They see what’s out there,” Dwight says of consumers. “They’ve decided their kitchens or bathrooms are outdated and need to be remodeled. They want their basements turned into entertainment areas. They want outdoor kitchens. They want to add in-law quarters. They’re dreaming up specialty areas like wine cellars, cigar rooms, canning and brewing kitchens and craft rooms. You name it and I’ve gotten requests for it. The list is endless for what people want. I’ll look at my phone one minute and three hours later, see that 30 or 40 messages are there. The office phone constantly rings. People are thinking big and with interest rates so low, they are going for it!” What does that mean for a small business owner such as Dwight? “I’ve been working 16, 18 hours a day, 24/7, since the beginning of the year. I figure you need to make hay while the sun shines,” he explains. “I’ve been on the other side, when you wonder where the next job is coming from.” 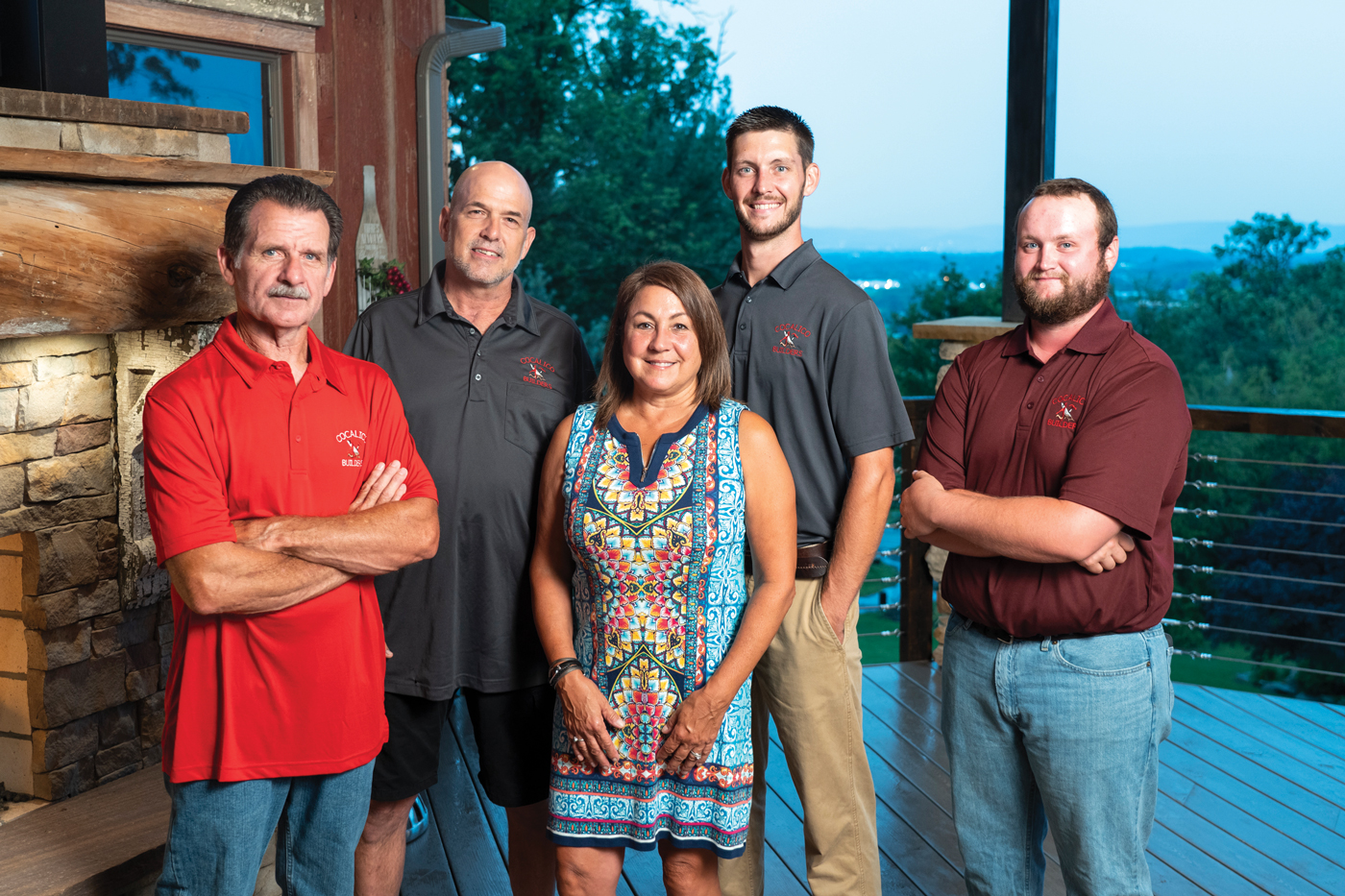 What consumers are discovering is that instant gratification is no longer an option. Production and supply-chain issues have greatly impacted all facets of the industry. For example, ordering furniture (notably custom pieces) has become a waiting game due to the fact that factories are being impacted by Covid, resulting in labor shortages and worst-case scenarios, plant closures. Additionally, materials such as fabric, foam and lumber have been in short supply. As a result, the wait time for custom orders of furniture can be as long as nine months. Ditto for appliances.

“The price of lumber is starting to come down,” Dwight reported in late August, noting that plywood, which is typically priced at about $25 a sheet, climbed to a high of $96, but has been decreasing as of late. However, wait times for everything from siding to landscaping supplies continue to lag. Lori now finds that she is devoting much more time to tracking down needed supplies. “In the past, I’d call one or two suppliers but now I’m reaching out to five or six,” she shares. As a result, Cocalico Builders has adopted a new scheduling policy – jobs are only scheduled once all the needed materials are on-hand. Dwight has also added a caveat to estimates. “Before Covid, the estimates included weather and oil shortages as things that were beyond our control. Now, we’ve added ‘pandemic’ to that list.”

What is Dwight’s advice to homeowners who are contemplating upgrades for their homes? “All I can say is be patient,” he urges. “We’re all working as hard as we can. Getting it done yesterday is just not going to happen anytime soon.”