Located among the eclectic shops of the 300 block of North Queen Street in Lancaster, Cabalar Meat Co. is not only a restaurant – and home to this year’s favorite burger per LCM’s readers’ survey – but it’s also a butcher shop. 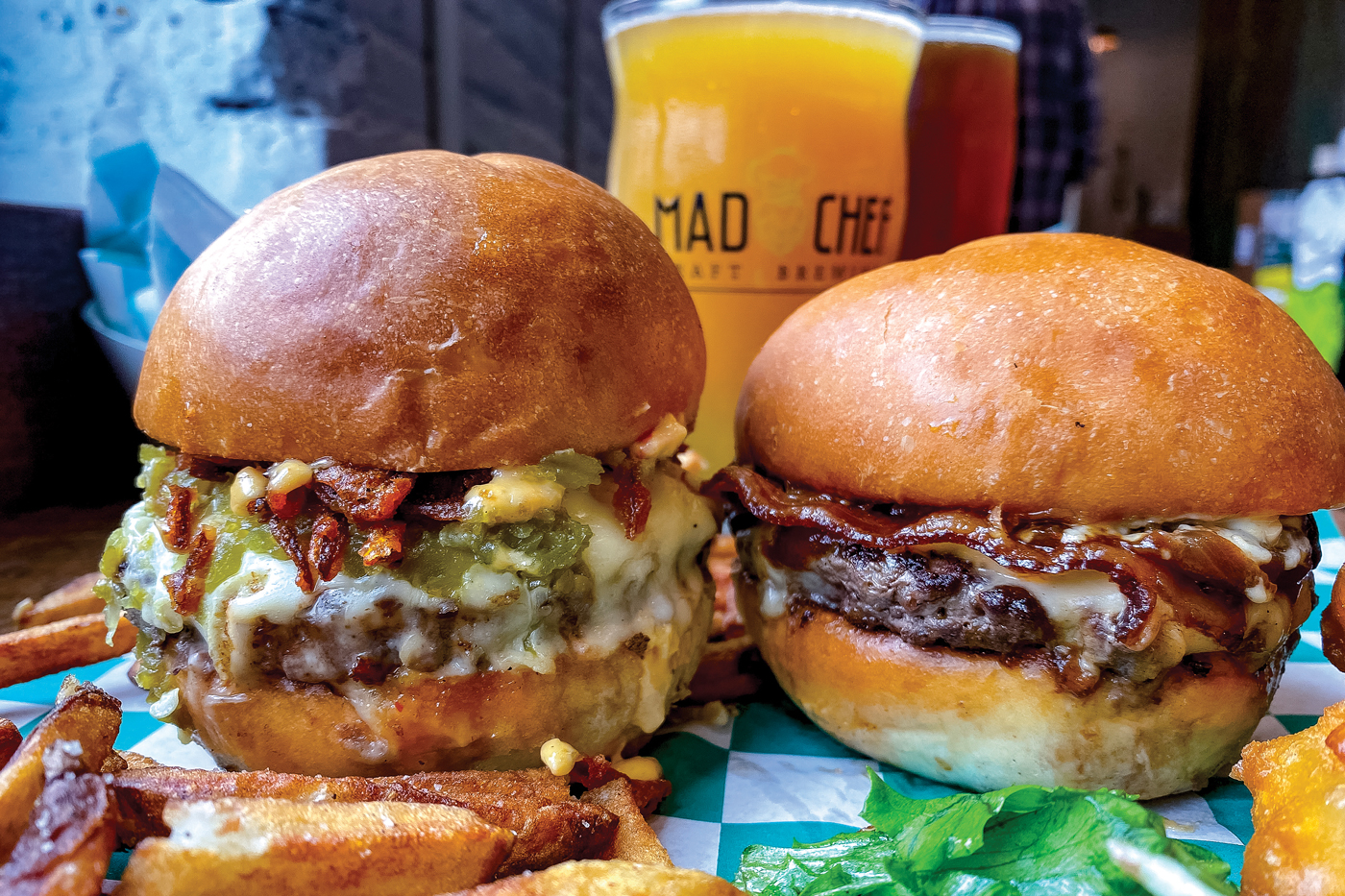 Steve Cabalar opened the business with his wife, Lianne, in 2018. Steve is a classically trained chef, while Lianne is a pastry chef. The two, who originally met as students at the Culinary Institute of America, opened a catering business in South Philadelphia, with an emphasis on corporate events. A visit paid to Lancaster prompted them to shift the focus of their business and lifestyle. “We visited Lancaster and liked the county,” he explains, noting that Lancaster Central Market also proved to be part of the allure. They also came away convinced that Lancaster “is a great place to raise a family.”

Upon making the move, their career path transitioned to operating a neighborhood butcher shop and restaurant. (Steve did an apprenticeship with a butcher in Brooklyn, New York, in order to learn the trade.) Cabalar Meat Co. works directly with farms such as Mirror Image in Bainbridge, which supplies Steve with half-hogs, and Myer Springdell in Strasburg, which provides grass-fed and grass-raised beef. “I’ve developed a relationship with the farmers and their families over the past few years,” Steve says. 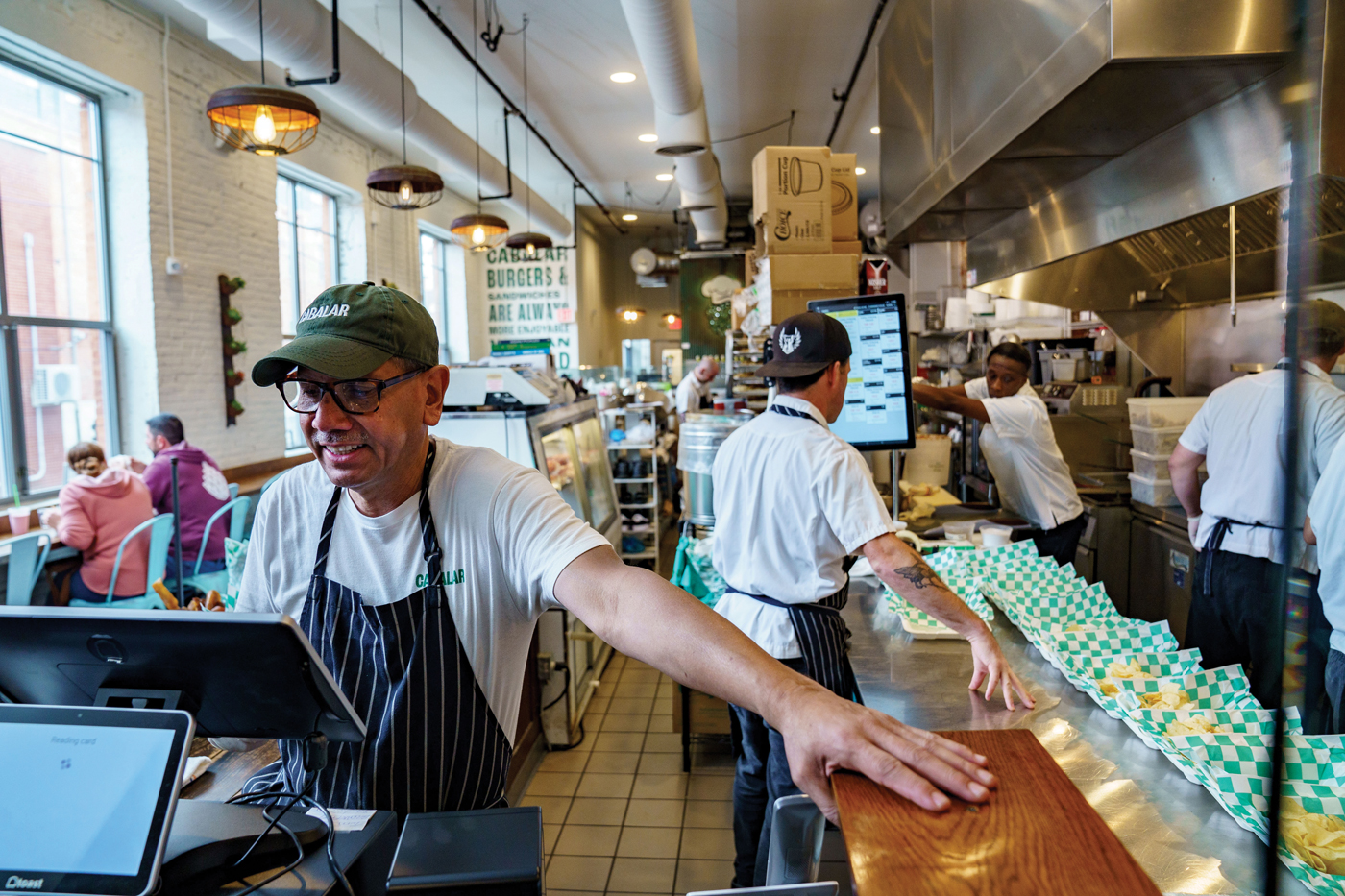 Cabalar Meat Co. has evolved since its opening. Initially its focus was on the butcher shop and, therefore, only offered 14 seats in the restaurant area. “We realized that the food was what resonated with people, so we decided to expand the seating area. We’re now more of a restaurant/sandwich shop, but we do still sell out of the case,” Steve notes, adding that business picks up at this time of the year, as customers order special items for holiday meals. Lianne initially made some pastries and desserts, but that’s changed too. “She’s stepped back from the business to focus on family.”

Steve soldiered on during the pandemic and his burgers and other offerings became favorite take-out treats for many Lancaster residents. 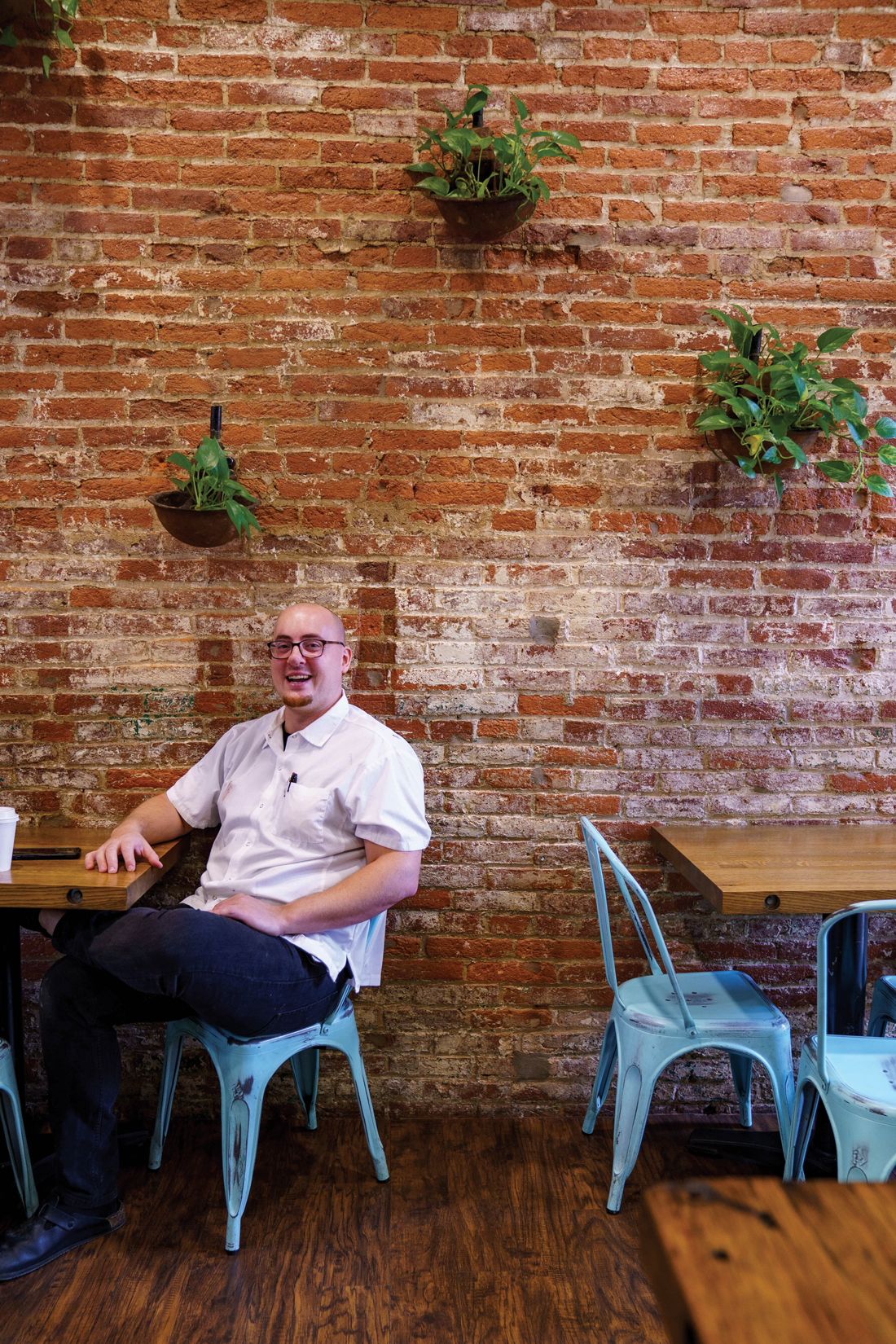 The career path for Steve Cabalar and his wife, Lianne, began at the Culinary Institute of America and then progressed to Philadelphia, where they operated a catering business, before moving to Lancaster in 2018.

Cabalar Meat Co. is housed in the Keppel Building, which was designed by Lancaster architect, C. Emlen Urban. The building, which dates to 1913, was once the home of the Keppel Candy Co. Cabalar Meat Co. is located on the building’s first floor. Walk up the short flight of steps and one enters the seating area, which is open to the kitchen area. Antique metal cow waterers serve as planters for greenery on an exposed brick wall in the seating area. The opposite brick wall has been painted white. The lofty ceilings and exposed ductwork provide a bit of an industrial vibe.

Seating for about 60 consists of a mix of high wood-topped tables, a few regular tables and an eating  bar that faces large windows that infuse the restaurant with natural light. There’s also seasonal outdoor sidewalk seating for about 22. 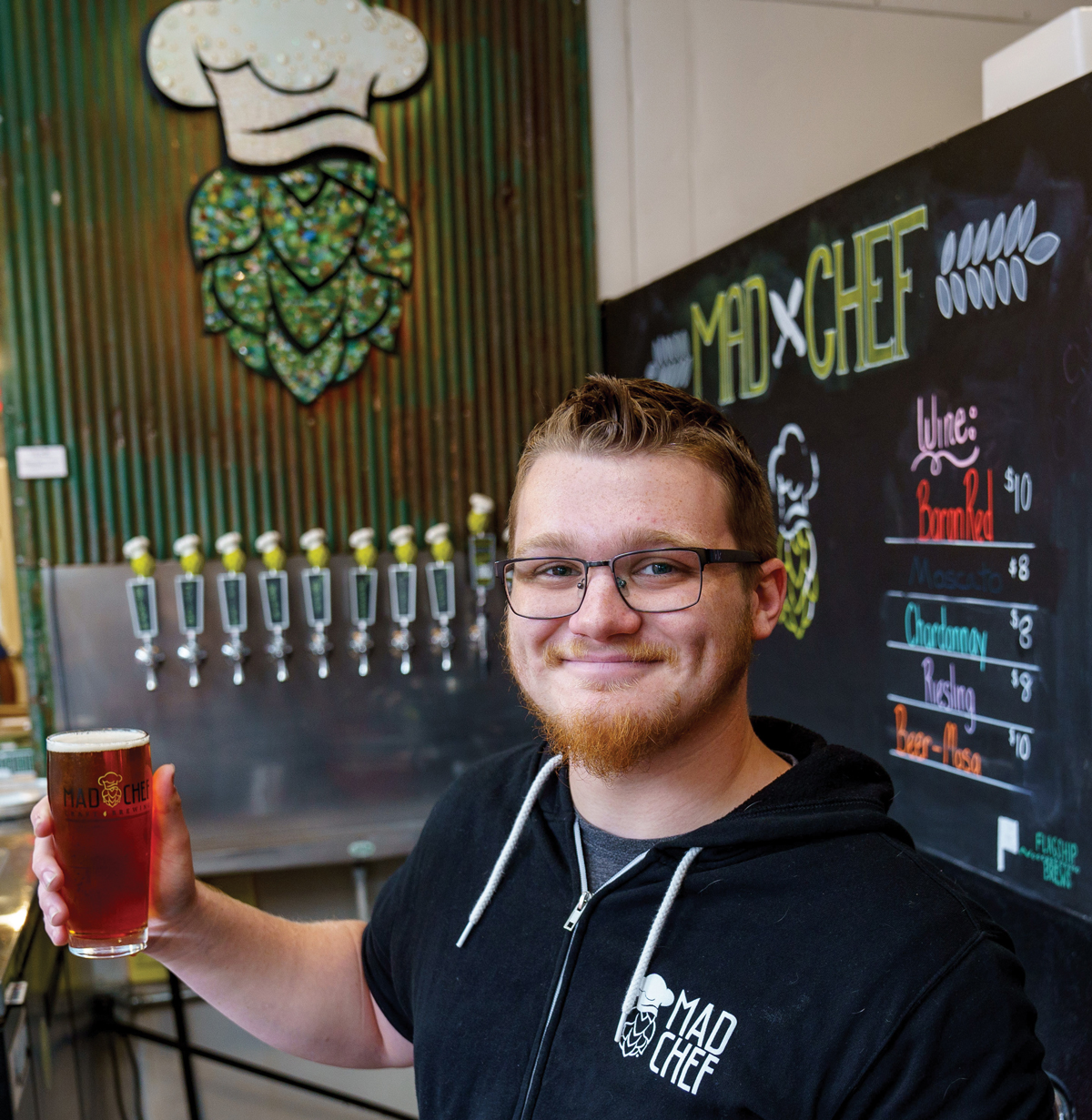 Menu options include a variety of burgers and melts; among them are Sweet Heat (with jalapeño jam and spicy Fresno aioli), BBQ Bacon (with sweet onion jam) and the Classic (toppings include Cooper sharp, ketchup, pickle mayo, lettuce, tomatoes and onion). The burgers have a 70:30 lean-to-fat ratio. “My philosophy is to use the whole animal. We cut, cure and smoke everything ourselves, so we do dog treats, use bones to make stock, do pork rinds and render lard. For burgers, we use the trimmings of various cuts, but we try to stick to that 70:30 ratio, so the burger is juicy. The rest of the menu evolved from the whole-animal philosophy,” he explains. 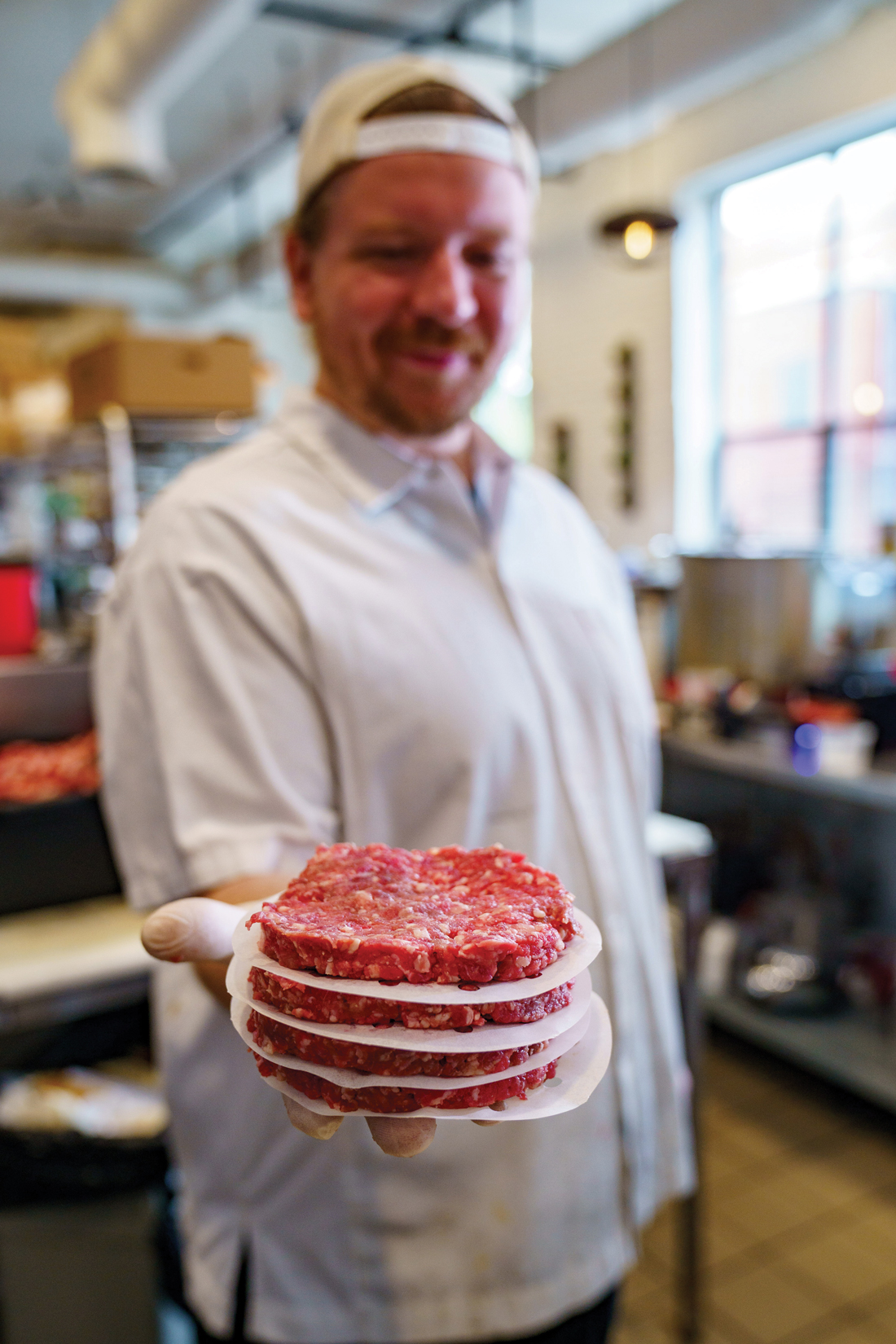 Burgers are made with the trimmings of various cuts of beef. The goal is to create a 70:30 lean-to-fat ratio.

Sandwiches range from Pastrami Reuben and Spicy Chicken to Bahn Mi and Falafel. The menu also features snacks such as wings, fried pickles, beef tallow fries and poutine (the Canadian version of gravy and cheese fries), which is made with cheese curd from Caputo Bros. Creamery in Spring Grove, York County. Other treats include milkshakes and ice cream floats. There is a small children’s menu, as well. 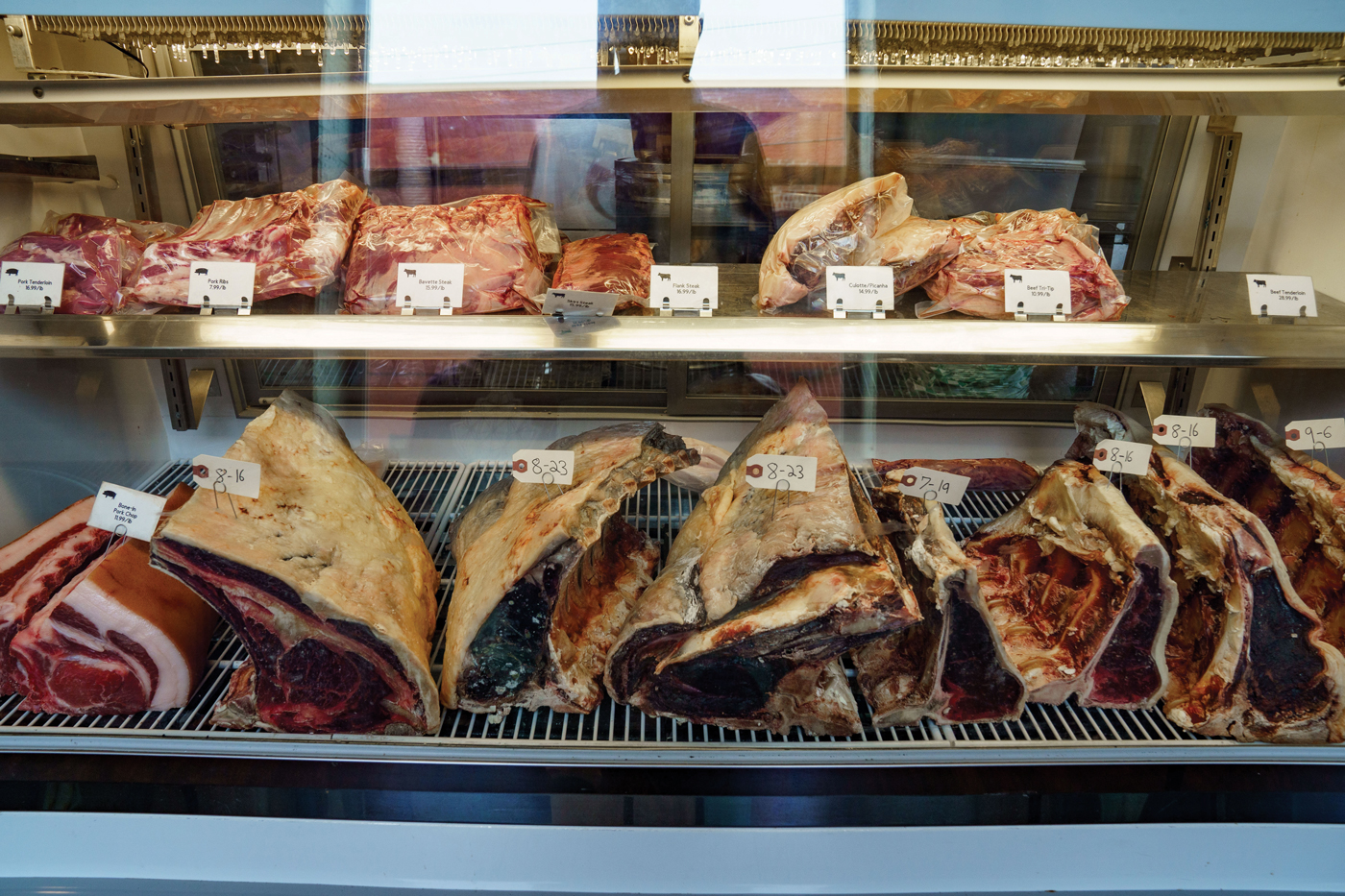 The butcher shop sees business increase in the fall and winter months when holiday dinners and parties call for something special on the menu.

Cabalar serves as a satellite location for Mad Chef Craft Brewing. “We have been partnering with a craft brewery for some time. Originally it was Voodoo Brewing [headquartered in Meadville, Crawford County], but it was too difficult to make that work during the COVID-19 pandemic. In 2020, we welcomed Mad Chef, which is closer to home,” Steve says of the East Petersburg-based brewery. 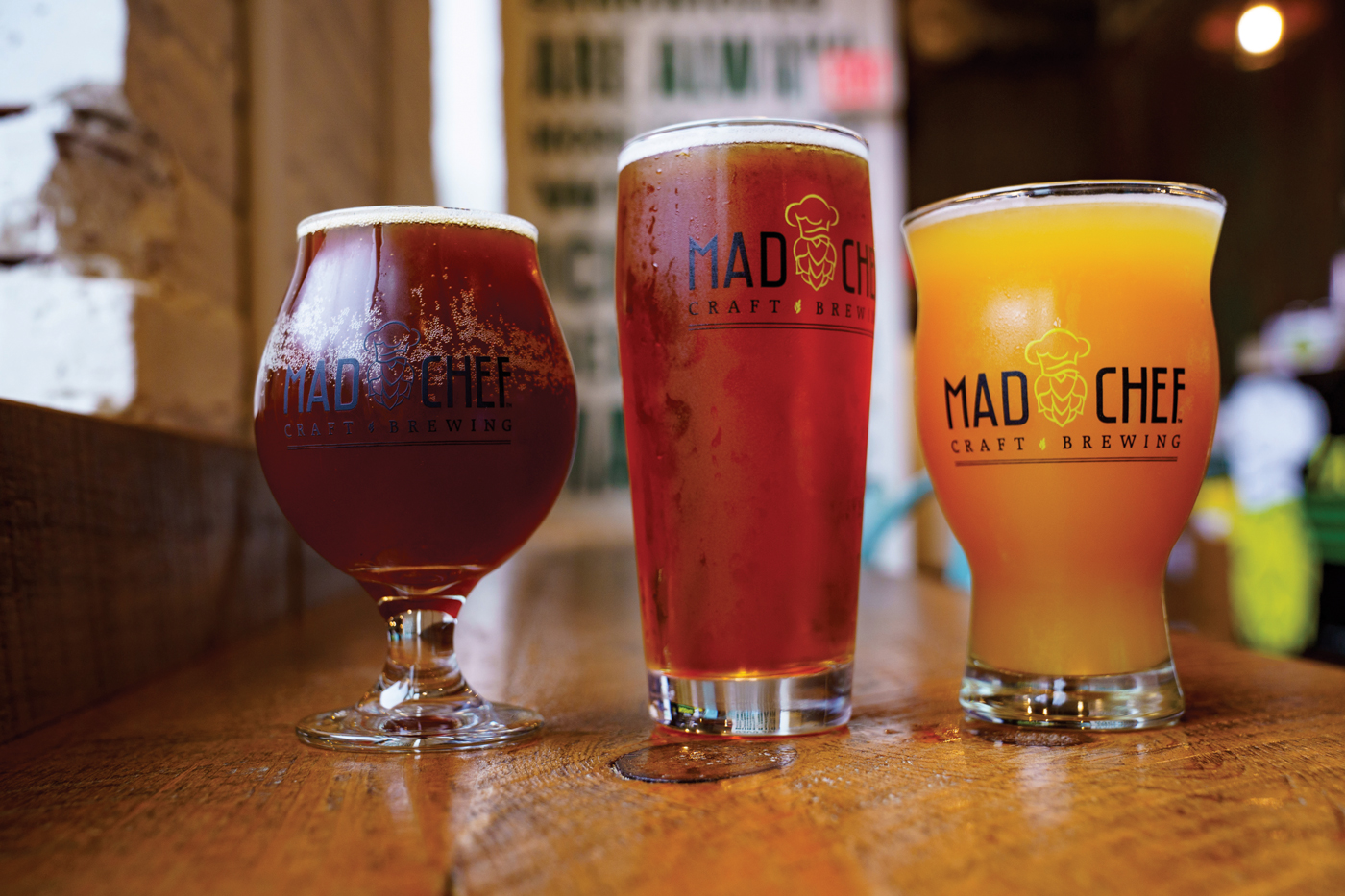 A full complement of beers from Mad Chef Craft Brewing is available at Cabalar.

Cabalar also now operates a food truck, which maintained a busy schedule over the summer thanks to stints at Sickman’s Mill and a warehouse-turned-beer hall (Mad Chef) on Ruby Street that operated Friday and Saturday evenings during July and August. 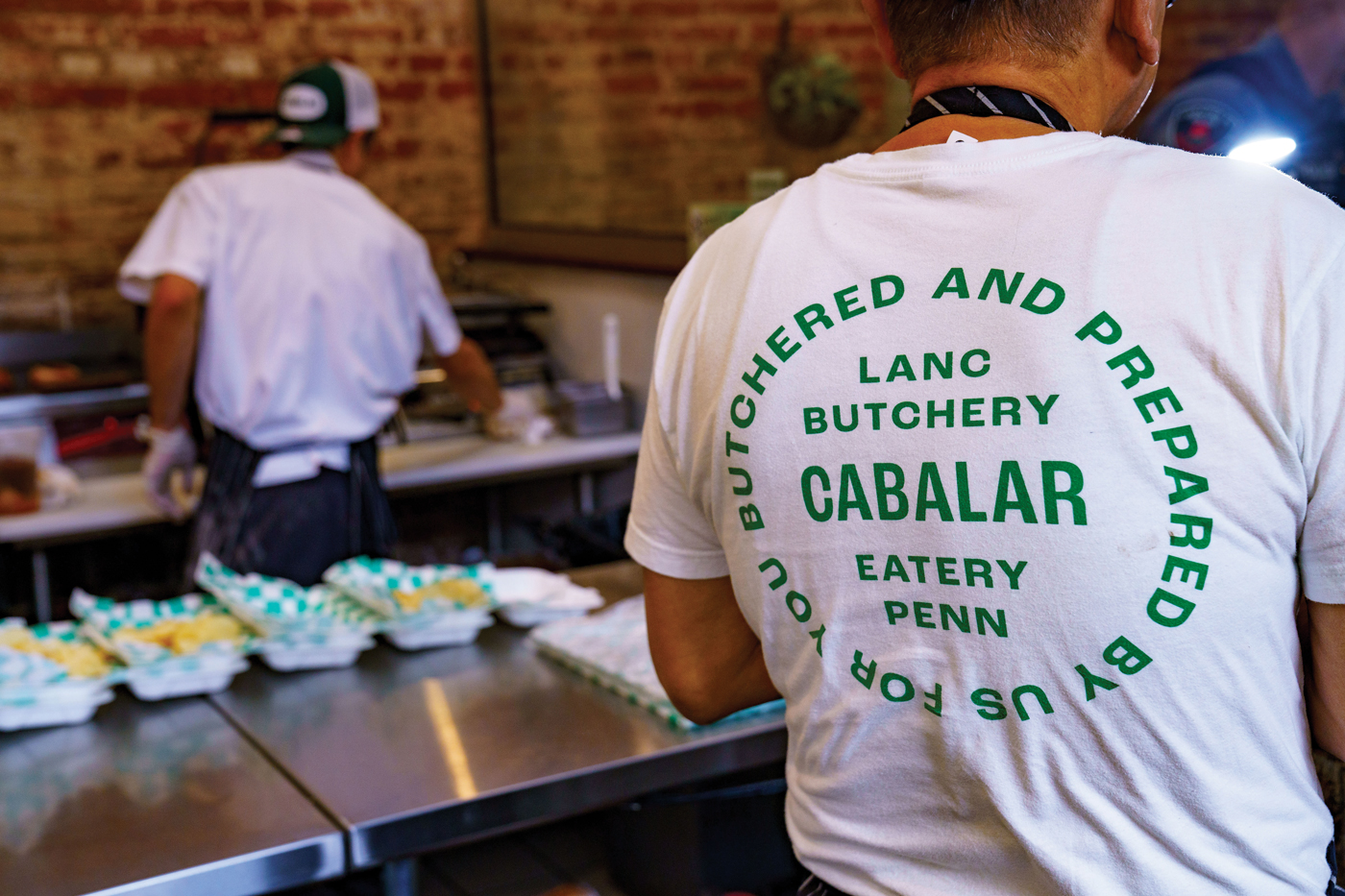 In addition to the North Queen Street eatery and butcher shop, Cabalar launched a food truck over the summer that stayed busy thanks to private events, gigs at Sickman’s Mill and partnering with Mad Chef on a beer hall that operated in a city warehouse on Friday and Saturday evenings in July and August.

The food truck offers a special smash burger. Steve explains that the 3-oz. burger is available as a single or a double (two 3-oz. burgers). Instead of a patty, a smash burger begins as a ball shape and then is pressed into the grill. Cabalar’s smash burger features onions that are pressed into the top of the burger. It’s topped with Cooper sharp cheese and served on rolls sourced from Commons Commissary Bakery in Lancaster, which also provides sourdough and rye breads. Steve says he also works with several other local bakeries. 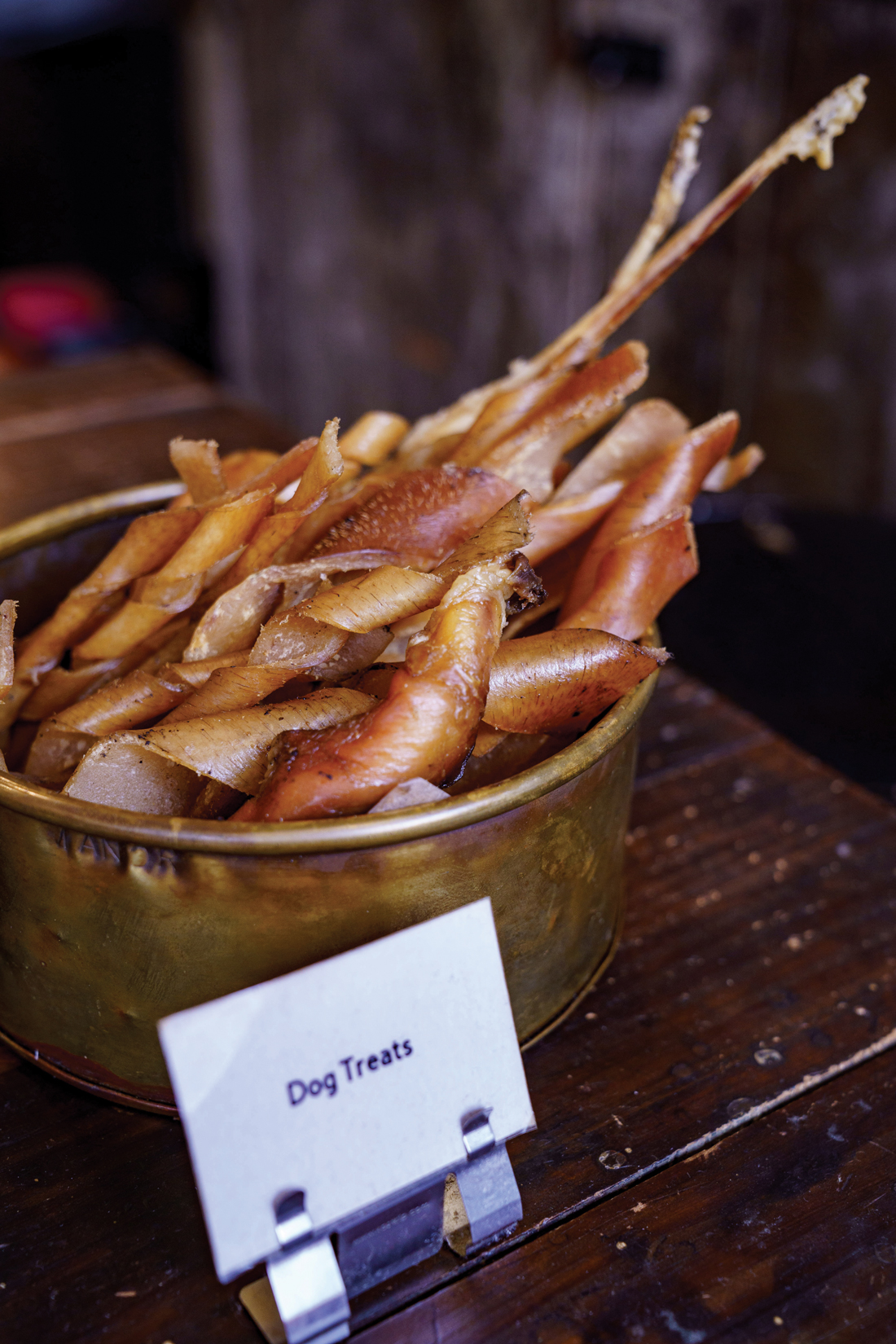