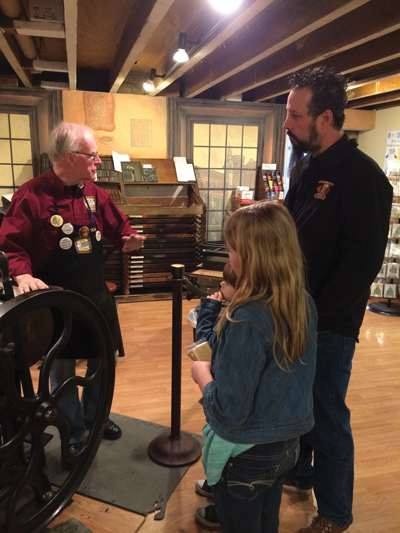 If the pen is mightier than the sword, then the printing press is a cannon.

Printing is something we now take for granted in our modern age of on-demand technology and information. The science and art behind putting text onto the page was a milestone accomplishment for humankind, and Lancaster played a role in its development.
I’ve always been attracted to typeface. When I was younger, while my peers were falling in love with Comic Sans, I was delving into Helvetica, Garamond and Bodoni, not to mention learning the difference between serif and sans-serif. I was even known to peruse issues of Print magazine (which ended its run in 2017). And while I don’t expect everyone to geek out on ink meeting paper, the significance of printing to our history cannot be denied. It’s even downright fun.

In 1751, Lancaster was a small city – with a population of only 2,000 – when its first printing press began rolling. Successful Philadelphia printer and founding father Ben Franklin partnered with James Chattin to establish the New Printing Office, as Franklin often called his offshoot printing endeavors. The market proved to be tough, and Chattin returned to Philadelphia after only a short time in Lancaster. The New Printing Office was then put in the charge of Samuel Holland and Heinrich Müller, but it was not until William Dunlap, “a sober young Man” as described by Franklin, took over operations in 1754 that the press began a fruitful run.

Most of the success can be attributed to Franklin’s desire to establish a printing arm fluent in both German and English. The New Printing Office published religious tomes, school primers and a failed attempt at a daily newspaper. 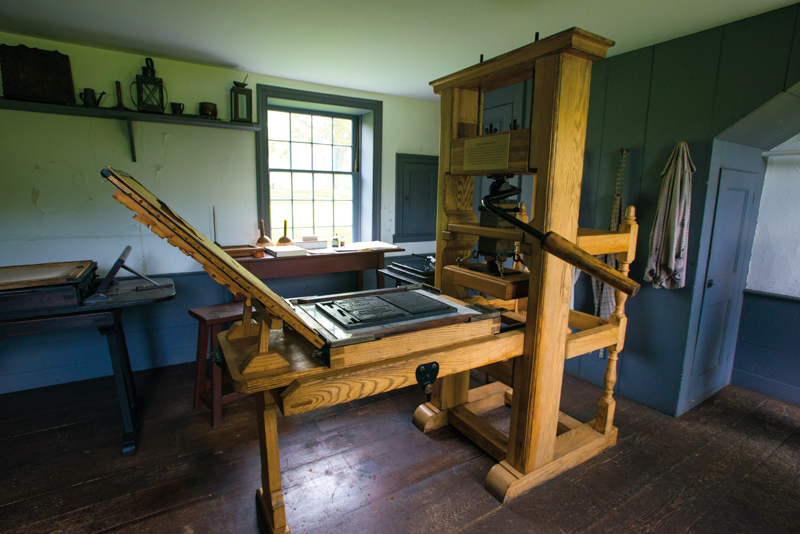 The first-known newspaper press came to Lancaster County at the Ephrata Cloister in 1743 and gave us The Chronicon Ephratense, a detail of the events of the religious group who founded the modern borough of Ephrata. While it can be argued this was the county’s first newspaper, many historians point to the New Printing Office’s The Lancaster Gazette (1752) for such an honor.

Before the Cloister established its own press, it relied on the Philadelphia offices of Franklin to publish the sermons, teachings and beliefs of founder Conrad Beissel. The Cloister excelled in the art of printing, developed a unique set of typography known as Fraktur, and printed and bound an edition of the 1,500-page Martyrs Mirror, the largest book printed in Colonial American times. (Martyrs Mirror, as it is commonly known to Anabaptists and historians, may hold the record for longest subtitle of any book ever written: Martyrs Mirror of the Defenseless Christians who baptized only upon confession of faith, and who suffered and died for the testimony of Jesus, their Saviour, from the time of Christ to the year A.D. 1660.)

The Printing Office of the Brotherhood, which was originally located on Mount Zion, eventually moved closer to Bethania (Brothers’ House). It is located in a building that dates to 1735, making it one of the oldest structures on the property. It is open to Ephrata Cloister visitors. 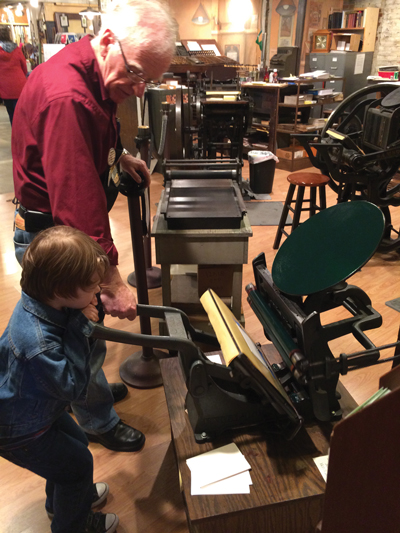 “Printing is a process for reproducing text and images using a master form or template.” That’s the dictionary definition. Yes, printing is a process, but it is more craft and art than the standard definition would reveal. Preservation of this tradition has been taken up by members of Lancaster’s .918 Club. The club’s goal is to educate the public about the history of printing through regularly scheduled demonstrations and provide a “working letterpress job shop” to fulfill the specialty printing needs for the community.

The club is housed in the Heritage Press Museum (inside BUiLDiNG CHARACTER) at 346 North Queen Street and was once part of the now defunct Heritage Center. Monthly events include a workshop for Boy Scouts to earn their printing merit badges; a unique Printers at Work (Thursday through Sunday) demonstration of letterpress printing in America during the early 20th Century; and every fourth Wednesday the club’s regular meeting, which is open to the public and likeminded individuals “determined to keep the craft of hand set letterpress printing alive and well in Lancaster County.”

Every September, Lancaster’s printing history is celebrated with the Lancaster Printers Fair. This year’s date is September 15, 11 a.m.-4 p.m., with a special Printing on Penn Square event taking place in the Square on September 14, 6-8:30 p.m. 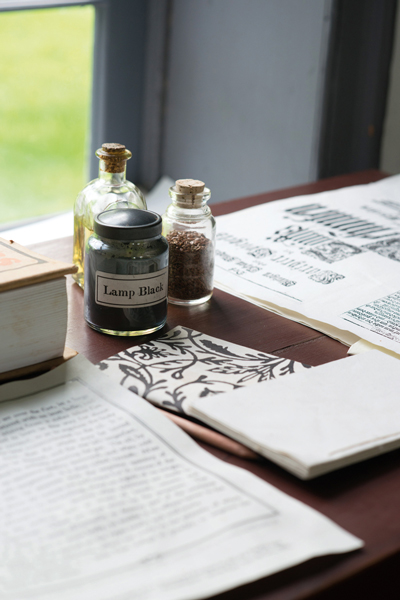 Saturday will see vendors and suppliers display their selection of printing equipment, memorabilia and goods in a street fair environment on the 300 block of North Queen Street. Along with everything printing, there is entertainment, a selection of unique shops to explore and an array of food trucks for hungry visitors.

This year, organizers hope to bring more people to the event with the inclusion of a Printer’s Beer Garden hosted by Wacker Brewing Company of Lancaster. Wacker will be creating a special release, Poor Richards Ale, based on Benjamin Franklin’s own beer recipe. The brew’s tasting notes include toffee and biscuit, accompanied by earthy flavors courtesy of East Kent Golding and Bramling Cross hops.

For the youngsters attending, there is a chance to set a world record. Organizers hope to compile the largest group of young people “potato printing” in one day. For organizers, using a potato to print an image displays basic printing skills and highlights the areas rich agricultural ties.

Printing’s importance to Lancaster can best be summed up by self-made, local historian on printing and bibliophile Lee J. Stoltzfus, author of The Black Art, A History of Printing in Lancaster County, PA.

“For me, the history of Lancaster County printing is not just a story about ink on paper. It is a story about a community that has always valued information, education and new ideas. Even the Amish have long learned the value of the printed page and have used new information to become experts on farm-to-table agriculture, solar power and alternative energy,” wrote Stoltzfus when I contacted him about this column’s subject. “The history of Lancaster County printing is a reminder that our community has never been a cultural backwater. While many visitors here have often only focused on our buggies and cornfields, those of us who live here have always focused on how to acquire the tools and information necessary for creating well-being. And, the printed page has always been one of the most important of those tools. The printed page has provided Lancaster County with valuable solutions for helping to build this state and this country.”