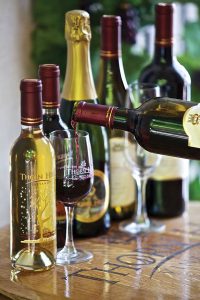 Following California Wine Country’s historic year of unprecedented wildfires that impacted the Napa, Sonoma and Lake County wine-growing regions in 2017, the Thorn family had much to be thankful for – their employees, vineyards and wineries were spared from the devastation. The Lancaster-based couple, along with their son Jonathan and daughter Rachael, have worked to grow the family business since their first purchase of Napa Valley vineyard acreage in 2005 and the opening of their Lancaster Tasting Room in 2011.
Loyal fans of Thorn Hill Vineyards’ artisan wines dressed in the requested black-and-white attire and gathered late last year at the Lancaster Tasting Room at Foxshire Plaza to mark the sixth anniversary. The celebration also included the debut pouring of two new releases – a sparkling wine, Brut de Prestige Cuvée, and the 2016 Pinot Grigio. “The best laid plans don’t always go as expected, but it all works out in the end,” 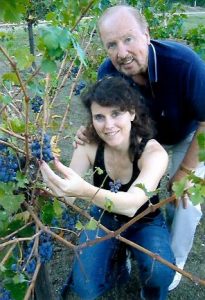 says Amy, as the winemaker acknowledged the year’s “surprises,” including the wildfire’s incredible timing, raging at its peak during last year’s harvesting season. “That’s why we gather together to celebrate each other and life.” 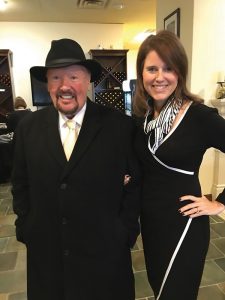 As her guests sampled the gold-hued sparkler, made from 60% pinot noir and 40% chardonnay grapes, Amy explained the newly released bubbly’s production process of aging for three years in the bottle, plus a year for the second fermentation and disgorging that are involved in the traditional method of the great French Champagnes. Amy noted the creaminess and nose of “freshly baked bread” among its qualities. With a limited production of only 150 cases, she predicts this batch will be sold out by March.

Since beginning their wine adventure, the Thorns have expanded Thorn Hill Vineyards’ wine production from eight to 16 varietals and added two vineyards in Sonoma and Lake County to total 50 acres for production of their artisan, boutique wines. The couple’s vision has also led to their opening of a luxury bed-and-breakfast in California’s wine country, plus tasting rooms in St. Helena and Lake County. 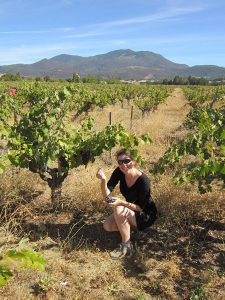 Amy personally supervises every aspect of the wine production: the hand-harvesting, crushing, fermentation, barreling, blending and aging in French oak barrels. Jack applies his educational background in biology and botany to the growing of the grapes. Jonathan oversees the Lake County location’s production, tasting room and bed-and-breakfast guest rooms. Rachael offers a warm welcome to visitors at the Lancaster Tasting Room, which made history by becoming the first California wine store in Pennsylvania. 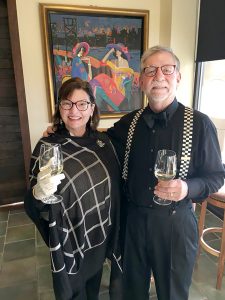 Celebrations play a big part in the Thorn Hill success formula. Loyal patrons frequently return for new release parties or attend wine dinners at area restaurants. Other reasons to meet over a glass of wine include monthly gatherings of the Bookwino Book Club, Wild Women of Wine, Trivia Nights and Live Music Fridays. 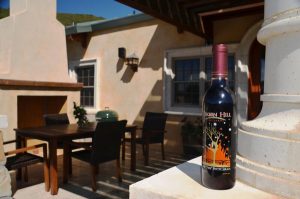 Thorn Hill also offers a Wine Club membership that brings new releases to members’ wine collections twice yearly, along with private parties that elevate membership to a social club where scores of friendships have blossomed over the years. “It has been a joy to watch over the years how many of our friendships have been formed and nurtured through our mutual love of wine,” Amy reflects. “There’s a quote I like that says, ‘Wine is bottled poetry,’ but in this instance, I would say it’s bottled friendship.” 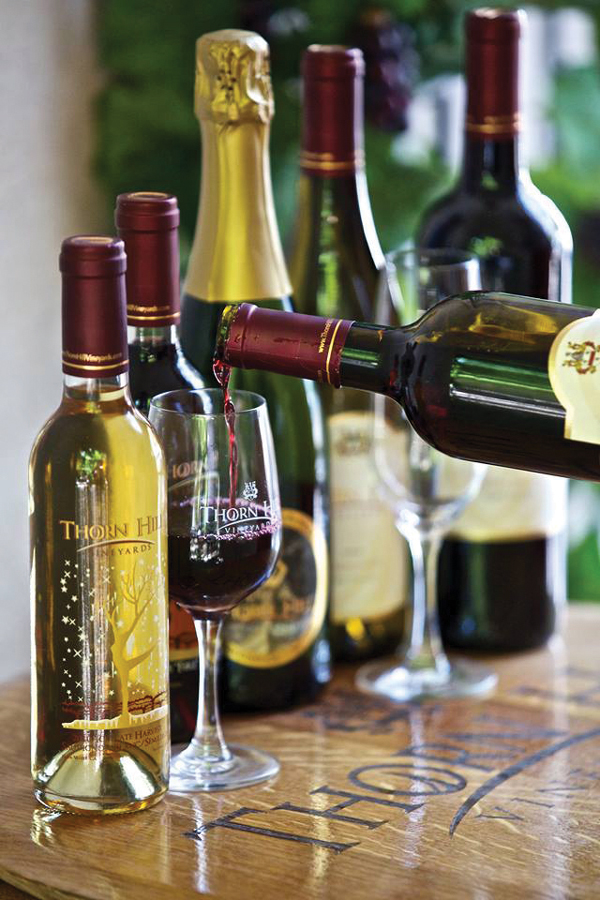