July marked my first visit to my son’s new home in North Carolina. Charlie and his wife, Jenny, invited me to visit during the week of July Fourth. “What would you like to do when you’re here?” he asked prior to my visit. There was only one thing on my “must-do” list: Visit Vivian Howard’s restaurant, Chef & The Farmer, in Kinston. 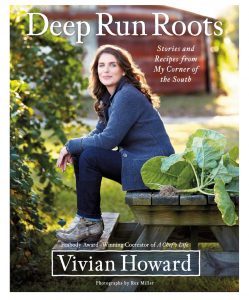 I discovered Vivian as I was mindlessly channel surfing one dreary Sunday afternoon. Upon landing on PBS, I thought I detected a North Carolina accent. The scenery looked like eastern North Carolina. Indeed, as I later learned, Vivian grew up on a farm in Deep Run, North Carolina (population 3,000-ish). Intrigued, I kept watching. Turns out, I had tuned into Vivian’s award-winning show, A Chef’s Life. I was hooked and set the DVR to record future shows.

Each segment of the series, which launched in 2013 and ended in 2018, focused on a different ingredient, as well as the trials and tribulations of operating a restaurant, facing challenges such as a kitchen fire and flooding caused by a hurricane, being a mom to twins, building a house and making her Chicago-born artist-husband, Ben Knight, feel at home in a town whose population numbers just over 20,000.

Vivian, who headed for New York after graduating from North Carolina State University, began her career at an advertising firm. She hated it and left, turning to waitressing to pay the bills. Vivian also discovered she loved to cook and went on to graduate from the Institute of Culinary Education. She and Ben then launched a soup-making enterprise and delivery service out of their New York apartment. That’s when her parents stepped up and offered to back Vivian’s dream of opening her own restaurant. There was one hitch – it had to be close to home, as in eastern North Carolina. 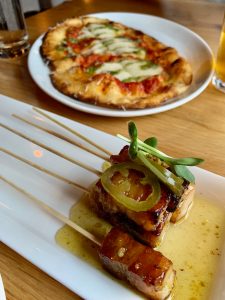 Vivian agreed to the proposal – Chef & The Farmer opened in 2006 – and decided the menu would focus on traditional Southern dishes but with a modern spin. Her show and first cookbook, Deep Run Roots: Stories and Recipes from My Corner of the South (2016), explore that notion one ingredient at a time. She takes pride in the fact that she relies on “the wisdom of older folks” to learn how to properly prepare the traditional dishes before she puts her twist on them. She’s also become a champion for North Carolina-grown and -raised products. As a result, 60% of the ingredients used at her restaurant are sourced within a 90-mile radius of Kinston. She has transformed Kinston into a tourist destination.

Vivian became the first woman since Julia Child to win a Peabody Award (2014) for a cooking show. She’s also been nominated a dozen times for various James Beard awards, winning several. She was nominated for several Daytime Emmy awards, winning one in 2018. She’s gone on to open restaurants in Wilmington (NC) and Charleston (SC), create another show for PBS – Somewhere South – and write her second cookbook, This Will Make It Taste Good: A New Path to Simple Cooking (2020). She’s a star attraction at food festivals. 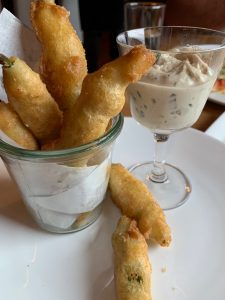 So, Charlie and I set off for Kinston at 2 p.m. on a Wednesday afternoon (unfortunately, Jenny had to work and couldn’t go along). Doors open at 4 p.m. and at present, reservations are not accepted. By 5 p.m., the place was packed.

First things first, we ordered craft beer from two breweries in Asheville. Then, we ordered three appetizers: pork-belly skewers (fantastic), farmarita flatbread (topped with tomatoes, cheeses and herbs; very tasty) and fried okra that is served with “ice cream” (a blend of ranch dressing and buttermilk). The dish was amazing! I hadn’t had okra since my dad, a North Carolina native, died almost 20 years ago. He made the most delicious blackened okra. I got a little misty-eyed. 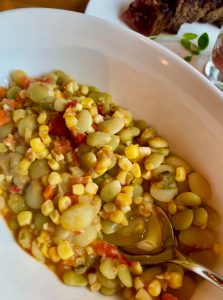 Next up were the entrées. Charlie ordered tuna, which was delicious. I ordered the pork shoulder with red curry-braised watermelon. Oh, my, gosh! For the sides, we ordered Boiler Room fries (perfection), a squash casserole (yummy) and succotash.

The succotash made me stop in my tracks. Composed of corn, limas, tomatoes and bell pepper, it looked just like the succotash my dad used to make. His succotash was a day-long affair whose ingredients came from his garden. The lima beans had to be uniform in size, the tomatoes perfectly ripe, the peppers crisp and the corn, sweet as can be. It was the ultimate treat.

When I tasted Vivian’s succotash, all those memories came flooding back. “Are you OK?” Charlie asked.

Speaking of Vivian, I was disappointed she wasn’t there. However, I did recognize a few faces from the show. As we were leaving, I asked the hostess if it would be all right to snap some pictures. I also began to tell her how much I enjoyed the succotash and why, but before I knew it, my eyes were stinging and my throat froze. I could feel the onset of what they call “ugly” crying in the South and made a beeline for the restroom. 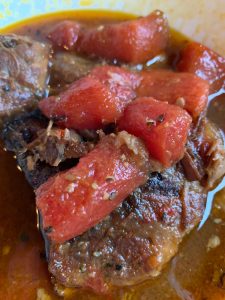 Obviously, Vivian achieved what she set out to do. “I work to blend family, food and storytelling in a way that teaches people and reminds them of where they came from,” she once explained in a magazine article. “Who in their right mind cries over succotash,” I thought to myself and wondered if anyone else has left Chef & The Farmer in tears. Picky Charlie was wowed. “This is probably the best restaurant I’ve ever eaten at,” he said as we surveyed the cars in the parking lot that bore license plates from as far away as Rhode Island and Alabama.

Forget about Chef & The Farmer being a bucket-list restaurant … we’re definitely going back when I’m in North Carolina over Thanksgiving! This time, I’ll be sure to leave room for dessert! 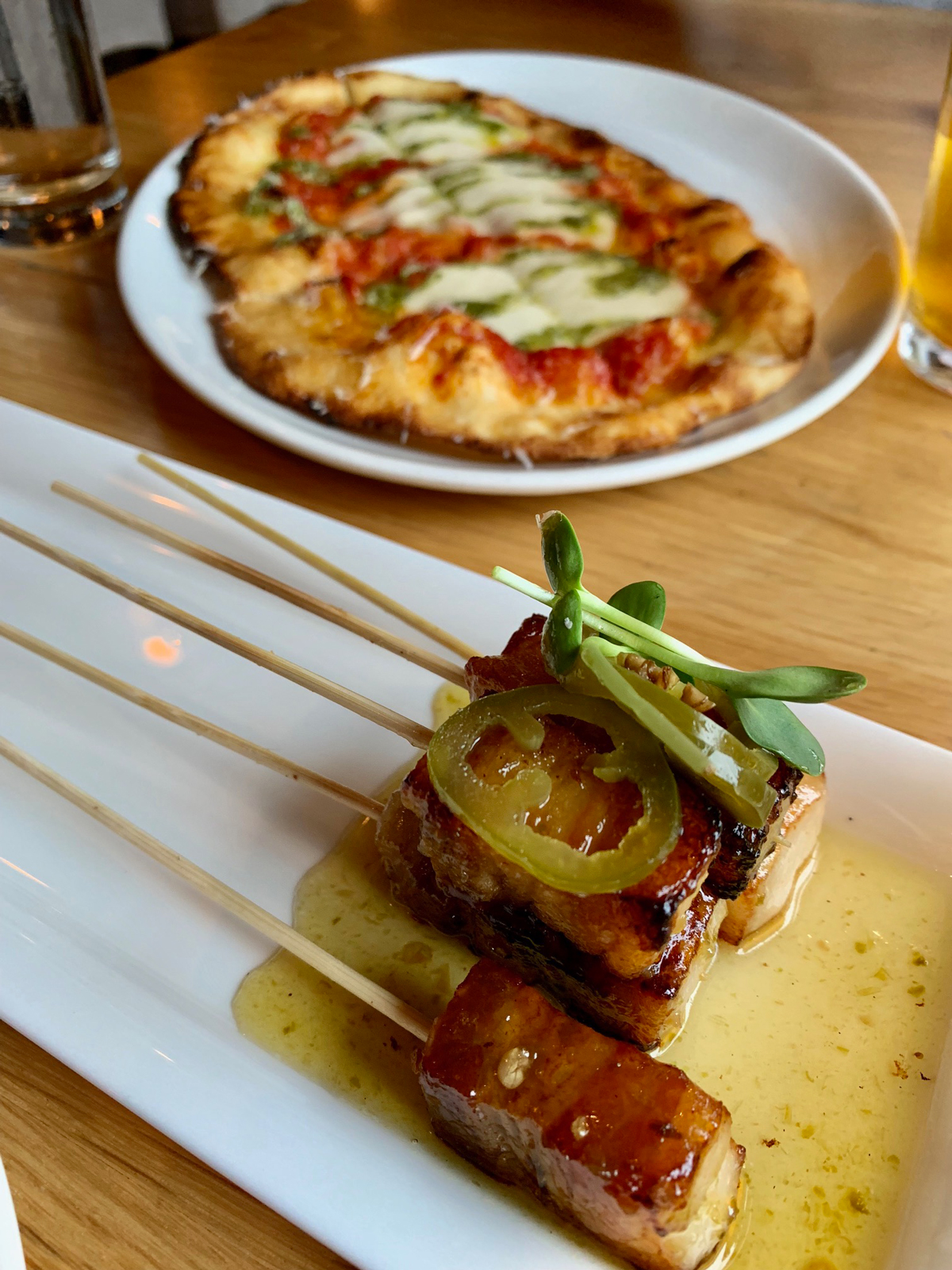