The streets are silent; downtown Lititz appears to be asleep. In the quiet, I start to question what piece of crucial information I had missed. Suddenly, something in the cool evening air catches my attention: the delicious aroma of cooking food. It is the only hint of Chilango’s Taco Night at 9:50 p.m. on this particular Friday night in July 2019, and it confirms my hunger. 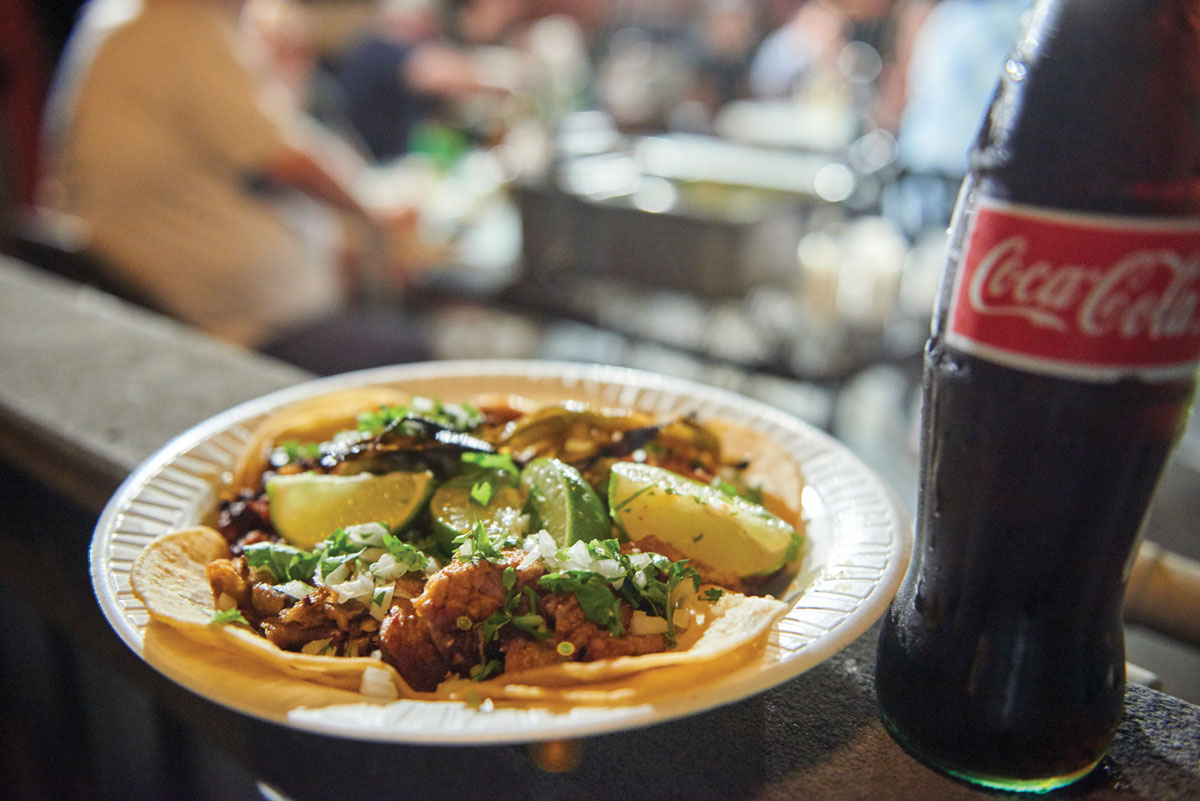 All four varieties of tacos are available with spring onions, lime, tangy grilled cactus and an ice-cold bottle of Coca-Cola.

With the windows rolled down, I sit in my parked car on North Broad Street, just across from the dark restaurant that appears to be closed for the night. At 10 p.m., as though on cue, a car pulls up and drops off a few people. Then another car appears. People start arriving in droves, heading around the back of Chilango’s to their outdoor seating area.

Feeling like I’m about to crash a party, I follow in kind. The patio is already filled with people sitting around tables, enjoying conversation, sipping on drinks, cracking open their BYOB bottles of Modelo and Corona beer. The sounds of laughter and relaxed chatter combine with the sizzle of food in the background. A few moments later, families and folks of all ages line up to place their taco orders from underneath the canopy in the back. A selection of four tacos – chorizo, tripe, al pastor and carnitas – makes up tonight’s menu. 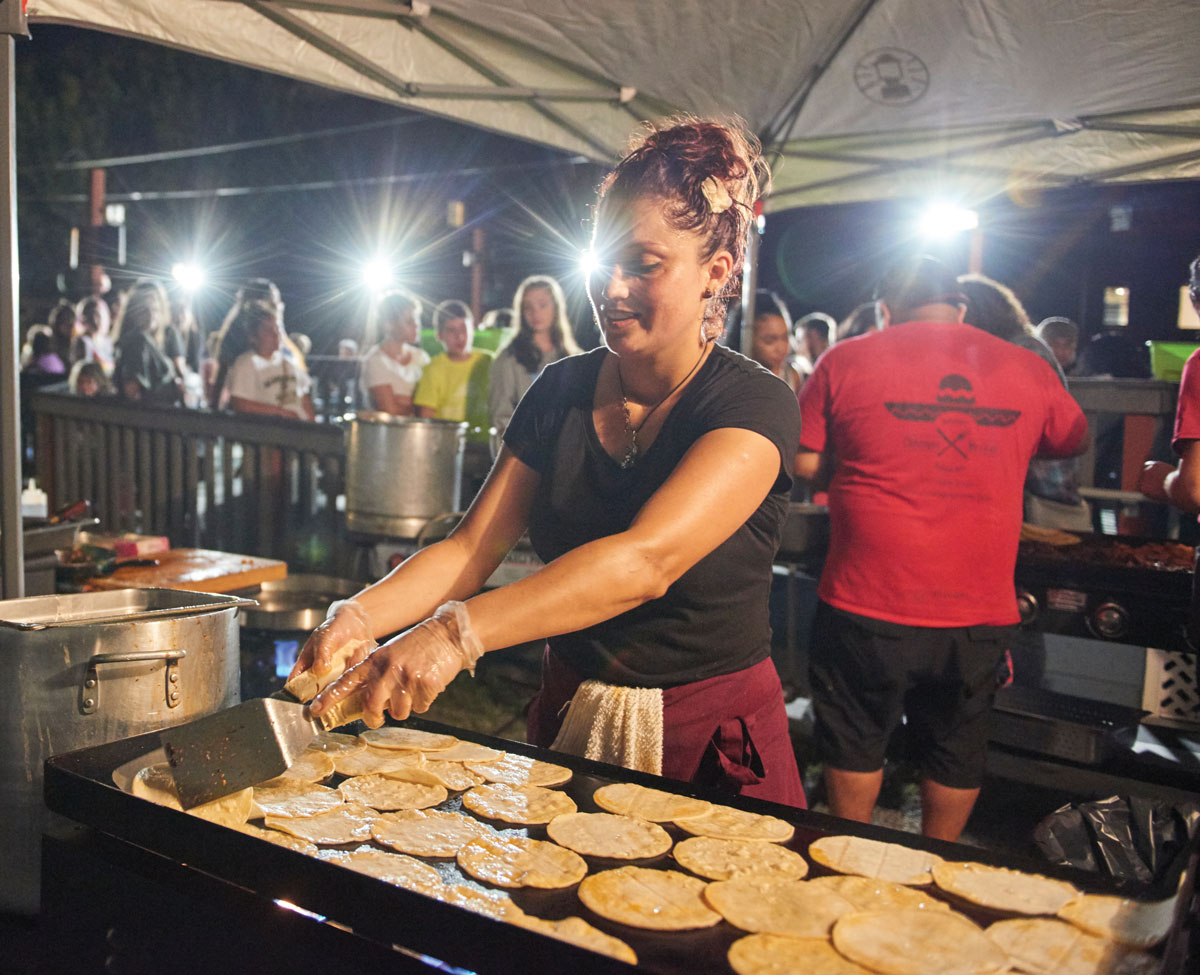 Tamara Donoso grills tortillas on a hot griddle ahead of a long line of hungry customers.

Everyone from Chilango’s is hard at work. Andrea Suárez, who invited me to check out Taco Night and is the daughter of co-owner Leticia Martinez, handles checkouts with her sister, Jennifer Suárez, at the start of a massive line. Their brother, co-owner and chef Erik Suárez, orchestrates food like a symphony conductor, taking orders on the fly as patrons line up. Tortillas swoosh around on a hot, oiled griddle, while pineapple juice drips over pork in a vertical broiler. Chorizo sizzles nearby. Chilango’s will be slammed until at least 1 a.m., when Taco Night ends or whenever they run out of food, whichever comes first. Based on the line of folks waiting to order, my money is on the latter. 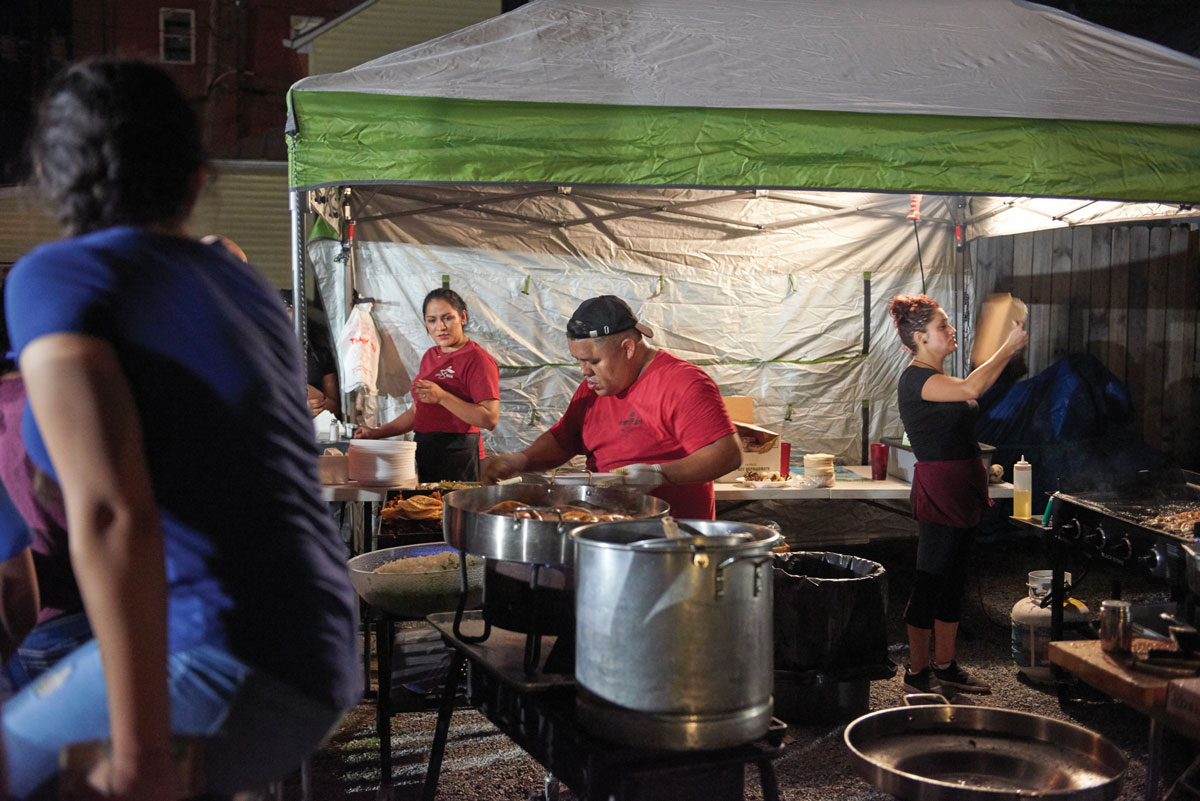 Cash (only) in hand, I order one of each variety of taco, opting for the sensational fried cactus and spring onions topped with fresh lime, cilantro and diced onions. There are two salsas to choose from – tangy pickled jalapeño salsa verde and smoky habanero roja salsa with just the right amount of heat on it. Rounding out the meal: a glass bottle of ice-cold Coca-Cola (complete with real sugar) with a pop-off cap. For a brief moment, I forget where I am. It occurs to me that I could be in Mexico City on a summer evening, having waited for the burning sun to rest and the world to stir. This is the most authentic food experience I’ve had in a while and I was anxious to learn more. 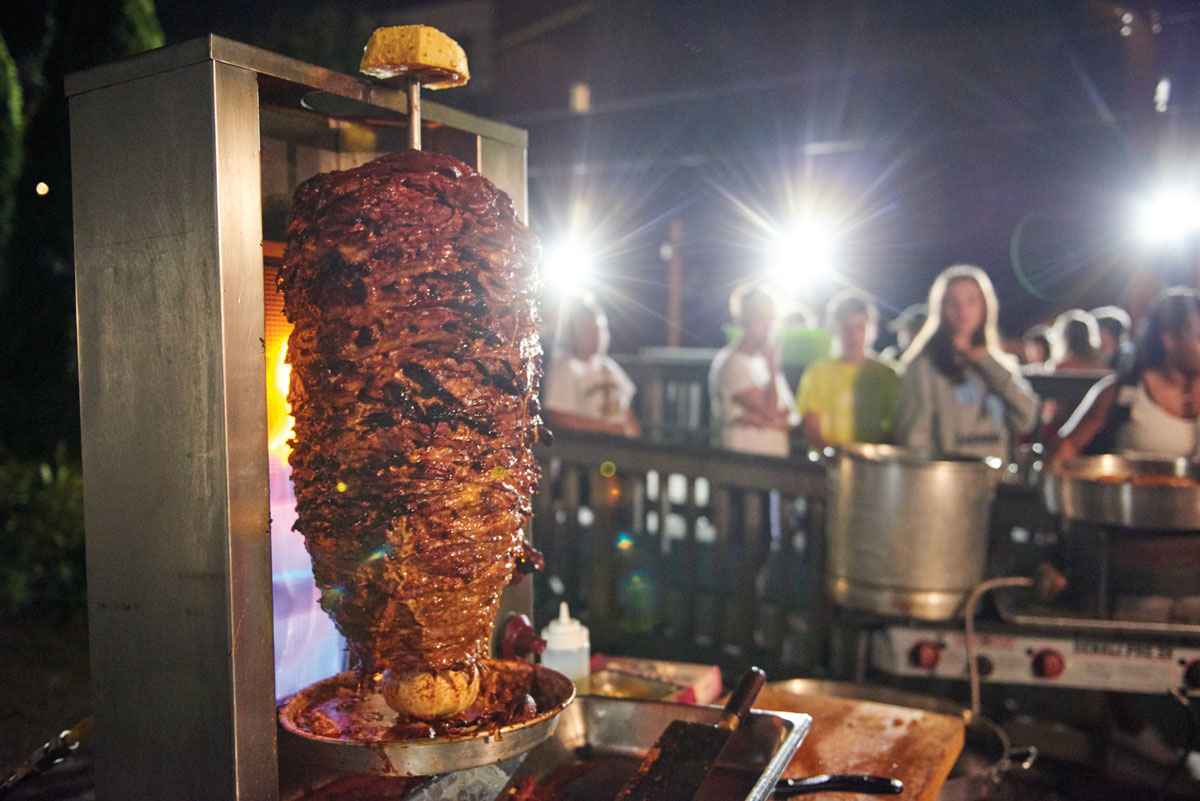 The word Chilango means to be from Mexico City, and for Leticia, the restaurant that bears that name represents her dream, the American dream. A dream to open a restaurant and bring authentic Mexican food to the Lititz community she now calls home. 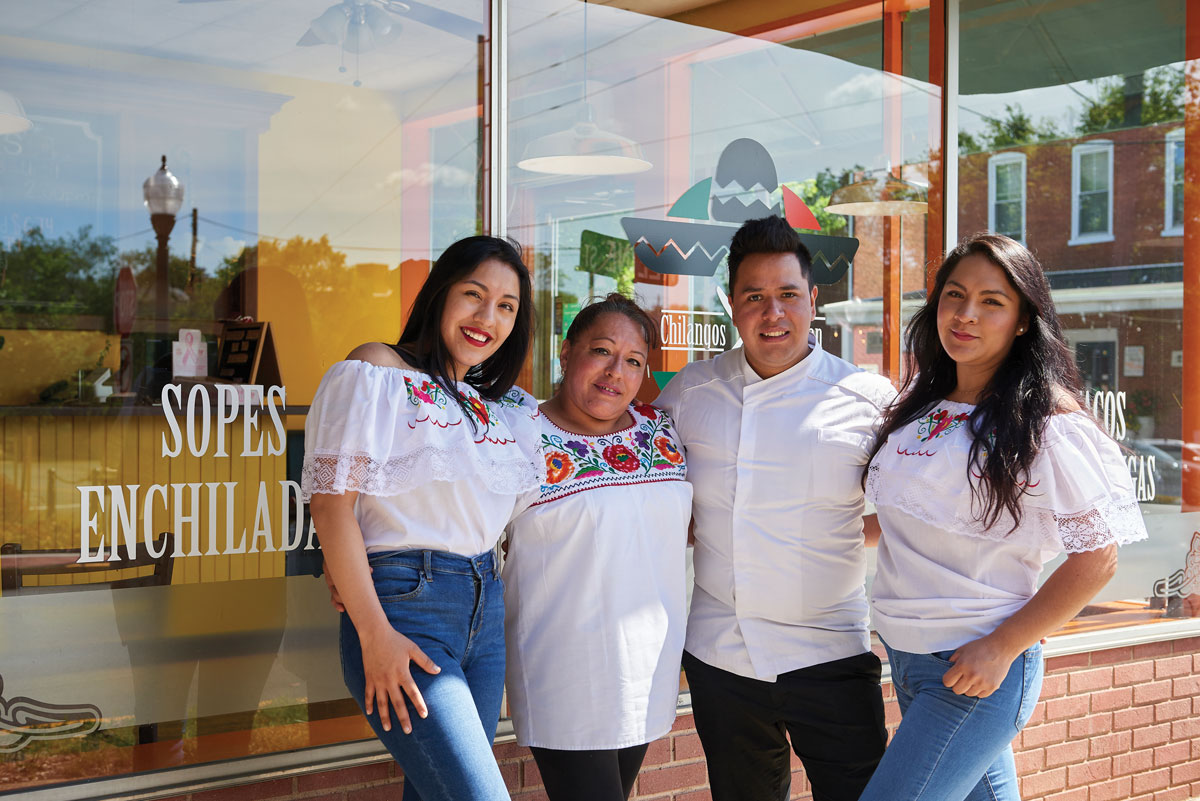 Leticia remembers being seven years old and cooking food with her mother to sell in Mexico City. Initially, she detested the chore of cooking. Years later, when her son, Erik, was born, food became a language of love. Cooking became Leticia’s way of expressing love to her family and eventually, everyone in her life. Upon that realization, her relationship with cooking changed. Leticia’s mantra: Whatever your mindset when you cook, that is what you will produce. If you cook with stress, your food will reflect that sentiment. If you cook with love, mmm, yes, it will be the best, and that’s true for almost anything one sets out to accomplish.

Coming to the United States 13 years ago, Leticia cooked in another restaurant for nearly a decade. Her cooking was revered and she was encouraged by many to open a restaurant herself. It was Erik’s confidence and a joint partnership that led them to open Chilango’s Authentic Mexican Restaurante. Along with Leticia’s daughters, Andrea and Jennifer, and daughter-in-law, Tamara Donoso, the restaurant not only had the support of family, but it would provide a way for the family to make a living.

Wish Upon a (Michelin) Star

Cooking out of passion, it’s easy to overlook business operations. The restaurant needed an urgent boost and that’s where chef Jose Malvaez comes in. While Leticia’s family had a dream to come to America, Jose, who is married to Jennifer, had a dream to become a chef in Spain. (The two met in Mexico.)

By all accounts, both Jose and Jennifer were actively realizing their dreams. Separated by an ocean, Jennifer helped to support her family’s restaurant in downtown Lititz, while Jose cooked in Spain. There, he worked at three-star Michelin-rated El Celler de Can Roca in Girona, two-star rated Mugaritz in Errenteria, and two-star Ricard Camarena in València. In case you lost count, that’s three restaurants totaling seven Michelin stars, perhaps the highest-regarded industry accolade worldwide. 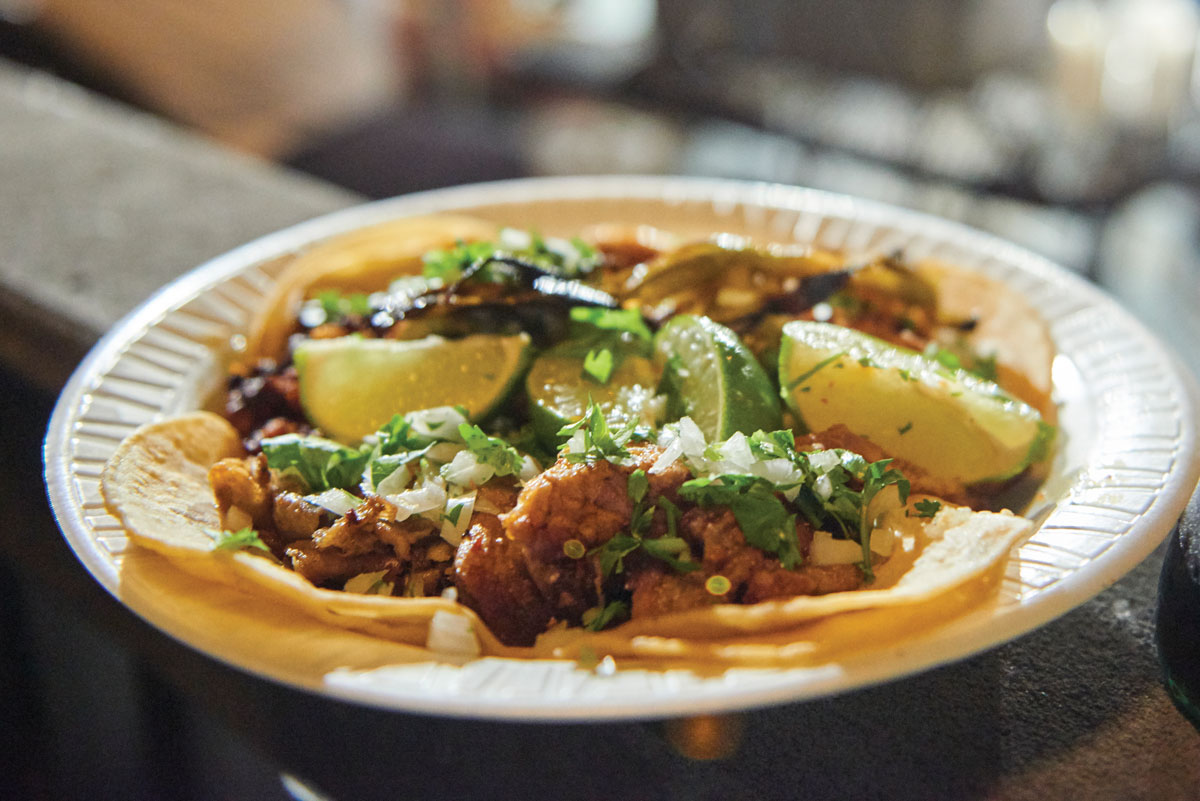 Early in 2020, Jose faced a difficult decision: keep his old dream alive or follow a new one and help rescue the family business. Just one month before the pandemic started its march across the world, he chose the latter. Chilango’s brought him and Jennifer together and you can bet his cooking will be full of love.

Citing a chance to help the family and the family business, chef Jose brings operational experience to the restaurant. Both his professionalism and passion for high-quality food is obvious. Operationally, the restaurant’s sustainability has improved during the pandemic and is better off than it was prior. The restaurant balances using local ingredients with importing food products from Mexico, so recipes stay true to their roots. Looking to the future, Chef Jose plans to add true Mexican gastronomy to the menu.

If you’re new to Mexican cuisine (Tex-Mex, hard shell tacos and sour cream don’t count), simply ask for guidance. You’ll discover that Mexican food is not that spicy so much as the flavors are complex, as with the legendary Mexican sauce, the mole. Jennifer and Andrea recommend a meal with a combination of items to learn what you like and experience more food. The rice recipe is their mother’s and the bean recipe is their grandmother’s. Of course, both are made with love. 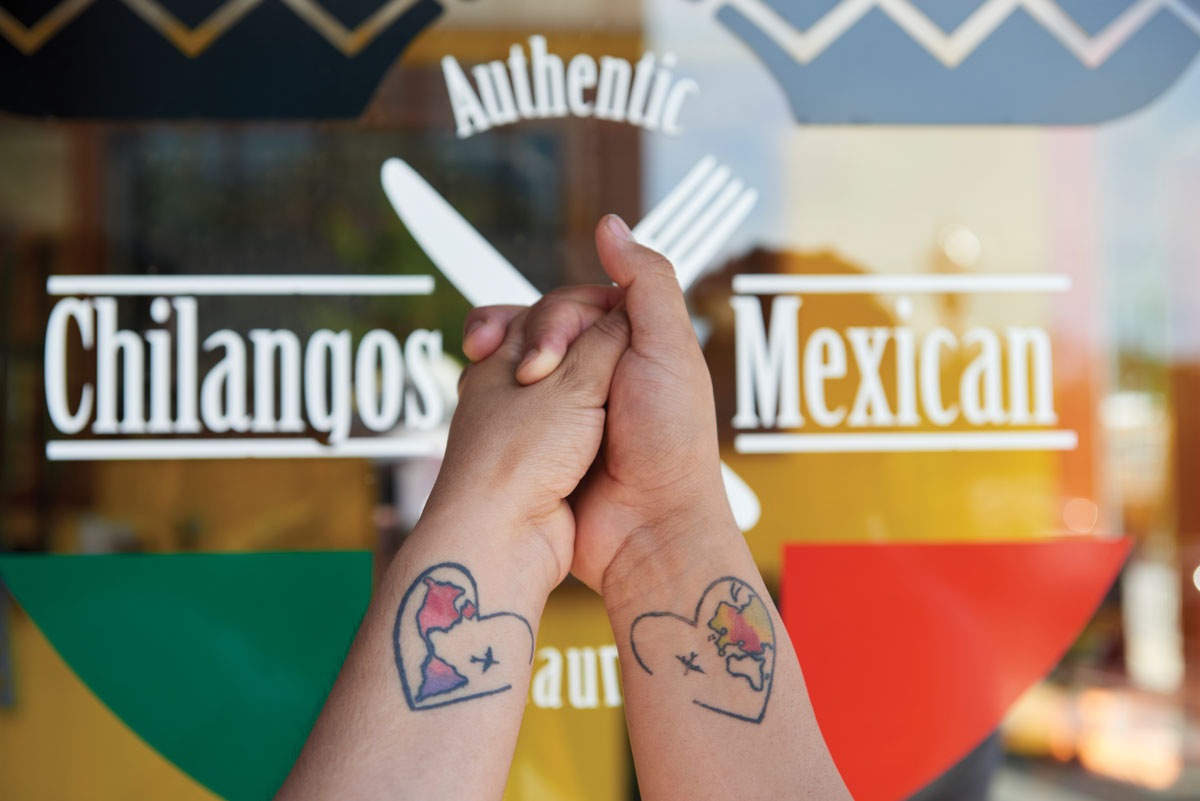 Prior to the pandemic, one of Chilango’s signature events was Taco Night. Typically held on a designated Friday night from May through October, the pandemic caused its indefinite postponement due to state guidelines in the red and yellow phases of reopening the economy. Even the green phase has its limitations.

The work that goes into Chilango’s Taco Night is meritorious and makes the occasion all the more exceptional. Food prep commences on Thursday. Two-hundred pieces of cactus need to be peeled, with their sharp spines removed, a task taking four hours to complete just for one optional (recommended) topping.

On the day of Taco Night, the restaurant operates as normal, while meat prep for the evening event concurrently takes place, removing chef Erik from the roster all day long. Preparation of slow-cooked meats starts around 5 p.m., with the rotisserie heating up around 7:30 p.m. At 10 p.m., the line outside starts to form. For the next three hours, as many as 200 taco fans embrace the tastes of Mexico City. Clean-up concludes by 3 a.m. With no rest for the weary, the staff will be back to work the next morning at 10 a.m.

This summer, you can host your own Taco Night at home, free of all the work. Chilango’s offers takeout and catering service, with Taco Tuesday and Thursdays being the best days of the week. For larger groups of 15 or more, call a couple of days in advance to schedule an order (last call for pickup is 30 minutes before close). The selection of meats may vary but typically includes pollo (chicken), chorizo (Mexican sausage), carne enchilada (seasoned pork), al pastor (pineapple pork), carne asada (grilled beef tenderloin) and lengua (beef tongue). I have yet to land on a single favorite. Don’t forget cold sodas, fresh limes, cilantro, onions and your choice of salsas.

Chilango’s is located at 56 N. Broad Street in Lititz. For details, visit chilangosinlititz.com or Facebook.