Last year, photographs of the Pinetown Bushong’s Mill Covered Bridge seemed to be everywhere. While Lancaster’s covered bridges are legendary — with nearly 200 covered bridges, Pennsylvania has the most of any state — this one could be described as magical due to the Moravian Stars that decorated the inside of the 124-foot-long bridge during the 2016 holiday season. We can only hope that the stars reappear this year!

The bridge has a storied history; it was destroyed by flood waters associated with Hurricane Agnes in 1972. Thanks to a petition started by residents of the area, the bridge was rebuilt by Amish craftsmen a year later. However, despite having raised the bridge more than 17 feet above the average water line, it was once again impacted by flooding caused by Tropical Storm Lee in 2011. It was repaired and reopened to traffic in 2014. It is listed on the National Register of Historic Places. 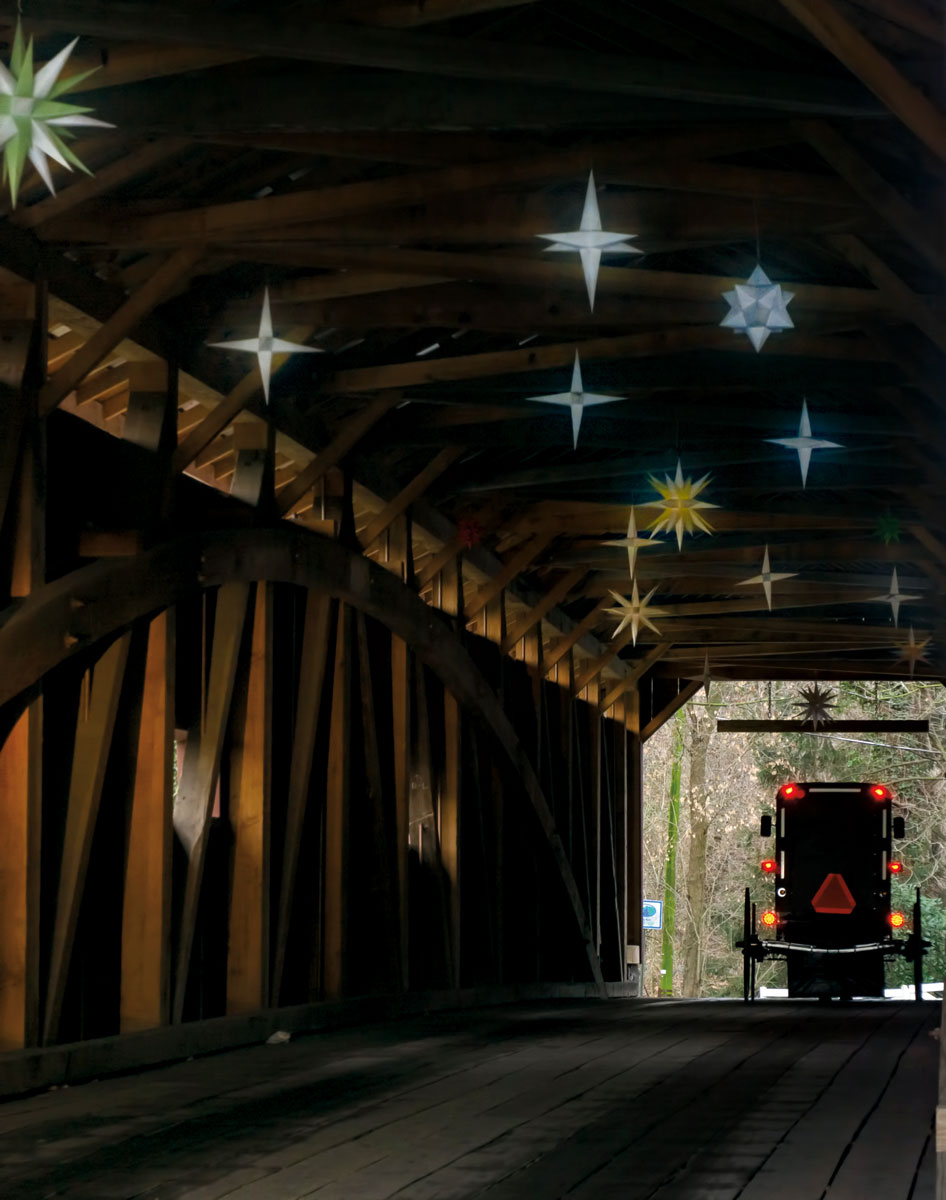