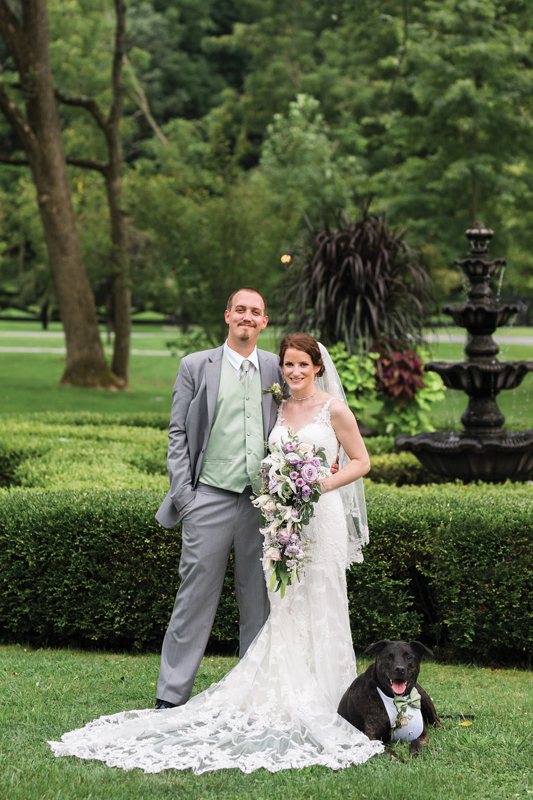 How They Met: Christy and Sam were acquainted with each other through attending Millersville University. But, it wasn’t until after they graduated that they started dating. “He came across my Facebook page, saw I was single and asked me out,” Christy recalls. However, before going on that first date, she invited Sam to attend a Humane League event she was helping with. “I thought it would serve as an ice-breaker,” she explains. 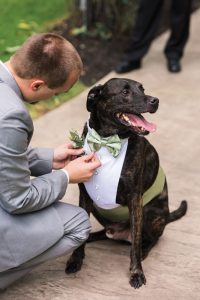 Sam the Dog-Lover: Sam, who is a chemist at Eurofins Lancaster Laboratories, is the proud pet parent of Bosco, a Lab-Pit-German Shepherd mix, who came into his life seven years ago when a co-worker needed to find homes for his dog’s litter of puppies. Christy, who is employed by Elite Coach in charter sales and is a volunteer with the Wrap Up Project, impressed Sam by “getting” the Seinfeld reference behind Bosco’s name. Bosco was George Costanza’s ATM code and the subject of the episode, The Secret Code.

The Proposal: Besides Bosco, Christy and Sam share a love of craft beer. The Fridge is one of their favorite destinations. Sam thought it would make for an appropriate place to propose, and with the help of the owners and staff, he set his plan into action. One Monday evening, Sam invited Christy to go out for dinner. He made an excuse for having to stop by The Fridge and instructed Christy to follow him. Once inside the restaurant, which is typically closed on Mondays, she saw a trail of rose petals and candles that led to a pedestal. “It looked just like something out of The Bachelor, which is one of my favorite television shows,” she explains. Sam proposed with a ring and a “final rose,” while friends and family photographed and filmed the proceedings. 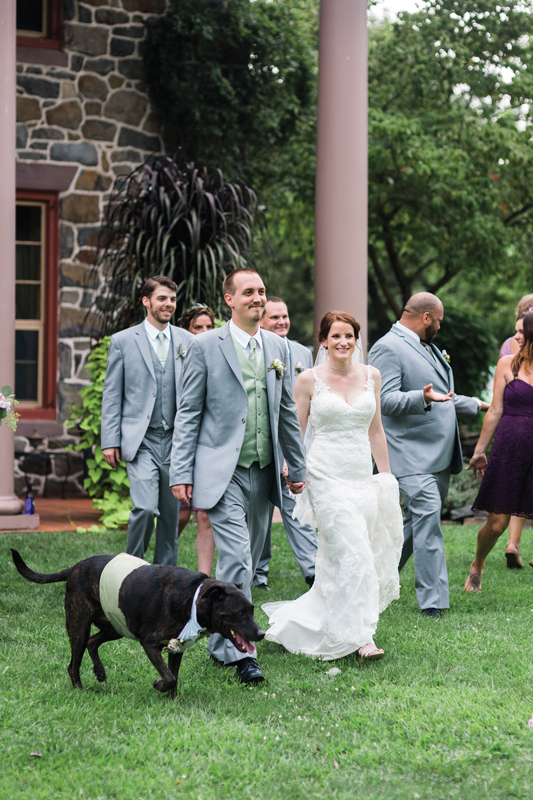 The Planning Begins: As Christy and Sam began planning their wedding, three things were paramount: Bosco would be involved; craft beer would be a major theme; and all efforts would be made to utilize local vendors. Finding a venue that would welcome Bosco was the first priority. “We wanted to be outdoors, and Moonstone Manor not only provided a garden-like backdrop, but Gina [Moonstone’s owner] was excited to welcome Bosco,” Christy explains. Photographer Emily Grace was onboard, as well, explaining, “Interest in having dogs take part in weddings has definitely grown over the years,” she says. “I get at least one request per year – last year I had three weddings with dogs in them. People view them as part of the family.” 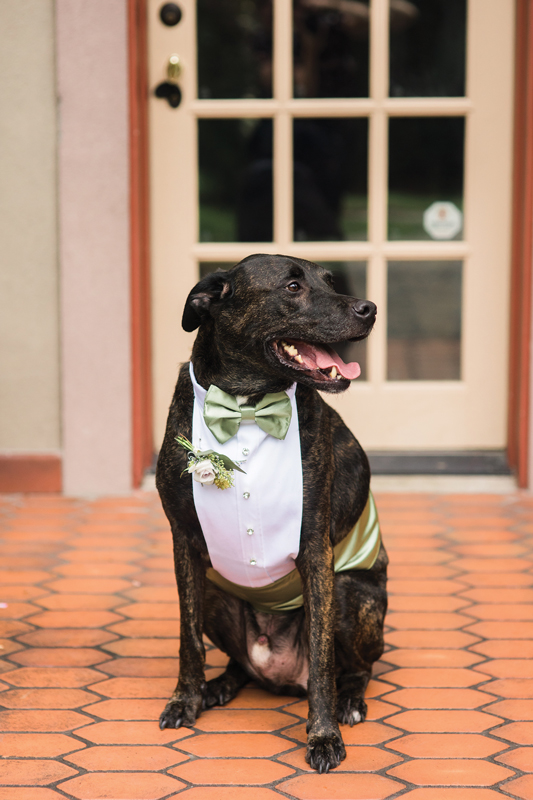 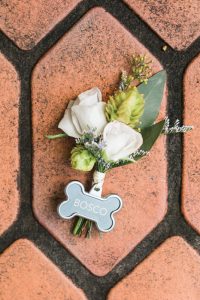 Best Dog: Bosco carried out his role as Best Dog in style. Christy and Sam found an Etsy site that specializes in custom wedding attire for pets. “We took all the required measurements and sent a bow tie that matched what the groomsmen would be wearing so the color would match,” Christy recalls. The results were perfect. According to Christy, the tux “fit like a glove.” Even Bosco approved. “He’s easy,” says Christy. “He’ll wear whatever we put on him.” Christy worked with floral designer Michelle Gehman of Lips “Tu” Lips Flowers to create a special boutonniere for Bosco.

Bosco was escorted down the aisle by Sam’s Best Man, Lamar Reid. After witnessing the ceremony, Bosco took part in the photo session and then relaxed inside the mansion at Moonstone. He later joined the party, where he posed with guests in the photo booth and danced the night away. 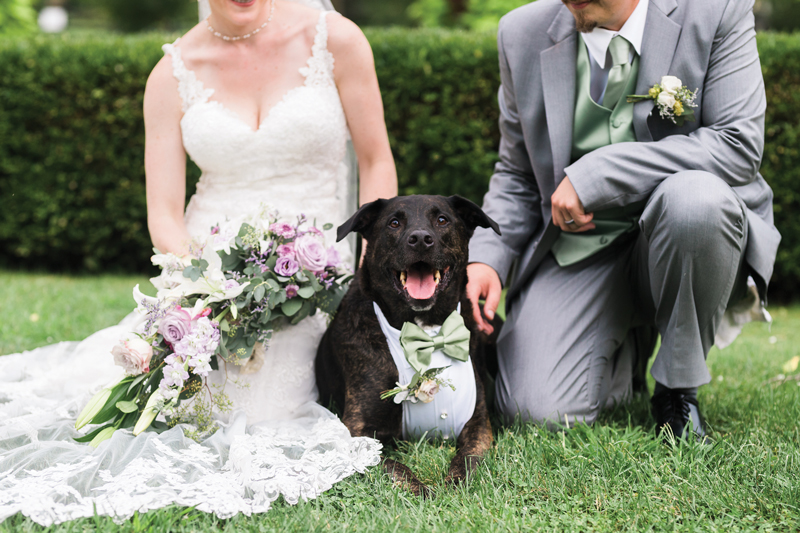