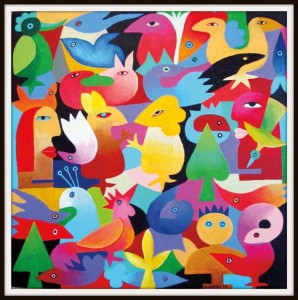 Keeping with Lancaster’s role as an art mecca, City Hall has unveiled its own art gallery. Open since late 2014, City Hall Gallery will be offering exhibits throughout the year. Visitors may view the art weekdays from 8:30 a.m.-5 p.m. or during First Friday, when the gallery remains open until 8:30 p.m.

The current exhibit, which runs through April, features the vivid and colorful artwork of artist Sadradeen Ameen, who hails from Kirkuk, Iraq, and moved to Lancaster in 2001. Sadradeen, who has received a number of local and international awards for his work, refers to his art as “expressions full of modernity; they are also childish dreams in color, expressive of the sweet passing of the beauty, the symbols and the myths of old civilization.” Sadradeen will be in the gallery on First Friday, April 3. 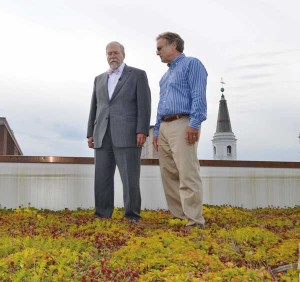 Constructed in 1892, the municipal building located at 120 N. Duke St. has not seen a renovation since the 1970s. The historic building’s recent $10-million overhaul included substantial steps to improve its environmental impact, including energy-efficient lighting, heating and cooling systems, as well as upgraded electrical and plumbing systems.

The most unique of these measures is the “green” vegetative roof on the building’s new 18,000-square-foot annex. This “green” roof is a combination of traditional waterproof roofing systems combined with live plants. It is not only aesthetically pleasing, but also energy saving and earth-friendly.

Constructed by Kautz Construction, a local firm founded in 1993, and its subsidiary, KC Green Roofing, the project utilized the Live Roof Hybrid Green Roof System, which continues to set the standard in the industry.
“This hybrid system is installed in fully grown modules,” explains Gordy Kautz, general manager of Kautz Construction. “When in place, these individual modules become virtually invisible and remain in place while allowing water to flow under them to the drains on the roof. The live vegetation and soil medium capture a vast majority of the rainfall. The fully-grown vegetation greatly diminishes the start-up time of other systems.”

In addition, the live roof was installed over a Duro-Last PVC white membrane roof system that is in itself considered a green roof because of its white reflective color. According to Gordy Kautz, “It is Energy Star rated and recyclable.”

“This is all part of growing as energy efficient as possible,” explains Lancaster Mayor Rick Gray. “Lancaster, for a city of its size, has more square footage per capita of green roofs of any other city in the United States. If we are recommending this to the private sector, we should certainly be doing it ourselves.” 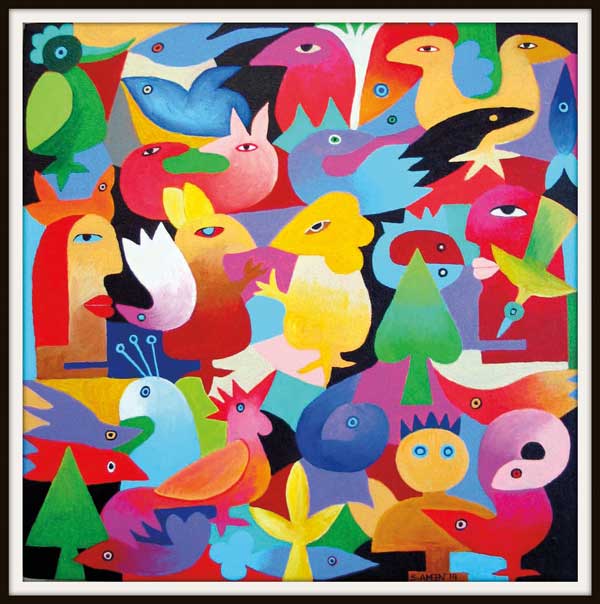