Lancaster County is a jewel of nature. Yes, many tourists flock to the area to relish the fruits and labors of the land, but there is more to this area than agricultural riches. I’ve wanted to write about some of the lesser known natural wonders of the county for some time – since Tropical Storm Lee damaged the Speedwell Forge dam and essentially took the entire lake with it. The lake’s demise left a hole in many outdoor enthusiasts’ hearts, but now the Commonwealth has reconstructed the dam, and the banks of Speedwell Forge Lake – just north of Lititz – are rising. The lake’s recovery is just one small tale in the story of cool nature in Lancaster County. 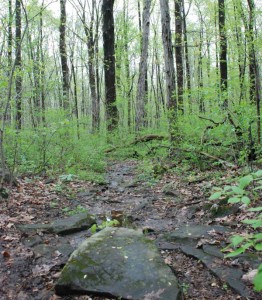 The Lancaster County Conservancy is the first place to start learning about the natural wonders of the county. The organization is focused on protecting the county’s forest communities, streams and wetlands. Since 1969, the Conservancy has made an effort to protect more than 5,474 acres of natural lands in Lancaster, York and Chester counties.

Open 365 days of the year, 38 preserves welcome visitors to enjoy the rich natural history of Lancaster County. In the north, Texter Mountain is the highest point in Lancaster County, and the preserve features 200+ acres of looping trails through flora- and fauna-filled wetlands and hillsides. The Welsh Mountains are a familiar force to the residents in the eastern part of the county; home to archeological and sacred sites of the Susquehannock Indians, the preserve offers an extensive network of trails with a vast number of native plant species and a few legends of the land’s historic past. In the south, Rock Springs offers a unique look at water-filled chromite mine pits, the result of an ancient saltwater sea (0.9-mile loop trail). Boulder-created microclimates produce living space for plants and refuges for animals in the west end of the county; the 52-acre Bellaire Woods near Elizabethtown consists primarily of land donated to the Conservancy in 1999 by the Seiders family (1.4-mile figure-eight trail). 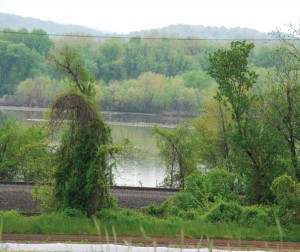 Mud flats on the Susquehanna River at Washington Boro

Several years ago, while visiting the North Museum (yet another nature activity to add to the list of county treasures), I picked up a brochure for the Lancaster County Bird Club. I like to see new birds around the house. I keep my feeders filled for “my” cardinals, but I’m not into bird watching as a recreation. So, I just let the brochure sit on my desk … until now.

The club was founded in 1937 with the goal of observing and recording bird life in the county. The club has approximately 325 members and hosts a series of events – like field trips – throughout the year (mostly in the spring). I reached out to the club’s president, Barbara Hunsberger, to learn why Lancaster County is so special for bird watching.

“We have quite a few different habitats for birds in Lancaster County. We have things like the Conejohela Flats in Washington Boro, which is an IBA – an Important Bird Area – designated by the Audubon Society,” she explains.

I’d never heard of an IBA or the flats, so I looked into it. Simply enough, the IBA program is a joint initiative of the Audubon and local clubs, like the Lancaster County Bird Club, to identify and conserve areas that are vital to birds. In the case of the Conejohela Flats, the small, brushy islands and mud flats on the Susquehanna River are a key stop for migratory shore birds, like sandpipers. The flats develop when Safe Harbor Dam operators lower the level of Lake Clarke for electricity generation. Other local IBAs include the Lower Susquehanna River Gorge, Octoraro Reservoir and State Line Barrens, both of which straddle the Lancaster-Chester County lines. These sites are ripe for spring bird watching. As summer settles in, Barbara recommends checking out Middle Creek Wildlife Management Area and Chestnut Grove Natural Area.

“The way Middle Creek manages their grasslands makes it a very good place for birds like bobolinks, sparrows, kingbirds, bluebirds and meadowlarks,” she points out. “At Chestnut Grove, there is a lovely trail system throughout a 100-acre preserve. It’s a good place for summer birds because there are ponds, streams and woodlands.”

She should know, she’s been with the club for more than 14 years.

Full details on IBAs can be found at netapp.audubon.org/IBA 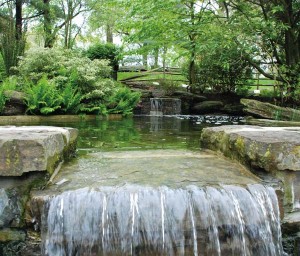 Garden of the Five Senses

One of my favorite places to visit when I was young was the short, paved trail in Lancaster County Park known as the Garden of the Five Senses. The path winds from a canopy of pines, intersecting with a man-made water feature, down to an open field that is a favorite with Frisbee fans or people relaxing while enjoying the view of the Conestoga River. The garden is open to the public year-round, and being paved means it is easily accessible for strollers and wheelchairs.

“This is my favorite time to visit the garden,” admits Parks and Recreation Administrator Paul Weiss, who can see the allotment from his office. “Also, the fall is beautiful when the leaves change colors.”

Built in 1979, the garden is lined with both native and non-native flowers, herbs, trees and shrubs. Learning stations, interpretive signs and flora identification markers allow visitors to discover at their own pace. Or, guests can just simply take a delightful stroll while catching the scents of blooming flowers. In the spring, flowering trees create a visual cacophony of color. Birds chirp and squirrels scamper about. While taste sensations such as herbs grow in the garden, signs ask you not to sample them. Instead, you can dine al fresco in the garden’s picnic grove or by the Conestoga River.

“The goal of the garden is to provide a self-contained, natural experience for children and those who may not be physically able to get out onto one of the park’s other trails,” says Paul. “It continues to be an incredibly popular attraction.”

Popular for another reason, an ornamental gazebo marks the end of the trail. The feature attracts special occasions and private group functions. The last time we stopped in, my family and I caught sight of a wedding! Out of respect, we kept our distance and didn’t eavesdrop too long. 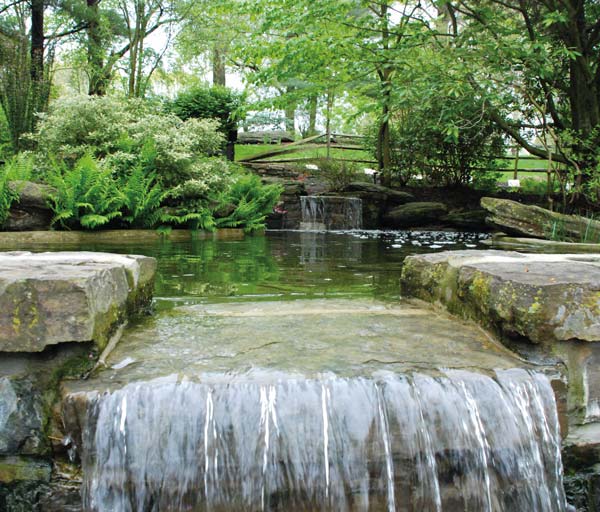 Garden of the Five Senses