I was born and raised in Lancaster. After graduating from Conestoga Valley High School, I enrolled at HACC with the intent of earning a business/literature degree. After two years, I decided to start a new chapter in my life and moved to Phoenix, Arizona. That was one of the best decisions I have ever made. The music, art and food scene truly awakened my artistic side and inspired me on a daily basis.

I have an extremely supportive mother, father and brother. I cherish them dearly and feel blessed to have them. Family – not only the one I was born into, but also the family I have created with friends across the country who inspire me and show unconditional love – is definitely my backbone and the reason why I smile so largely every day.

Who or What Inspired My Career Path

My mom and grandmother both had artistic blood running through their veins, so seeing their art is what started me on my path. Being able to freely express myself has always been a top priority. When I first stepped into a kitchen at a young age, I knew that would be one way I could shine.

First job in the Restaurant Industry

Officially, it would be the seven years I spent at Denny’s, where I worked every position. Unofficially, it would have been Dutch Wonderland, where, at age 14, I was assigned to the food department. I made funnel cakes all summer long. I like to say that was my “in” to the food world! I haven’t stopped since. It’s been 20 years of working only in the food industry.

How I Arrived at the Belvedere

After years of exploring and growing in Arizona, completing my culinary degree at Le Cordon Bleu in Scottsdale (I worked my way through school by working third shift at Denny’s), and working at two influential restaurants on the West Coast, I decided family was now a top priority, and Pennsylvania was where I needed to be. The Belvedere was the first and only restaurant I applied at due to its reputation. Thankfully, I was hired on the spot. I even had a feature placed on the menu my first night on the job. I became the chef about 18 months ago.

I pretty much follow only my mentor, Chef Beau MacMillan, who is the executive chef at Sanctuary at Camelback Mountain, and has appeared on several Food Network shows. I also follow Chef Morimoto, who has a restaurant in Philadelphia. Other than that, I’m kind of in my own little world and live in the moment. Because I need to focus and keep my culinary vision true to myself, I try to stay away from the excessive amount of Social Media that’s out there.

Rules of My Kitchen

Work hard, be respectful, put food out with love and have a good time doing so. Dancing, singing and laughing are highly contagious on my line. Life’s short, and because I live at the Belvedere, my crew and the staff are like family, so enjoying every second and being humble and well-mannered are key.

Since I’m truly a fat kid at heart, this changes constantly. Two that are on the top of the list are bacon and garlic.

I couldn’t go a day without using my handy immersion blender!

If I Could Invite 4 People to Dinner, the Guest List Would Include

The Most Memorable Meal I’ve Had at a Restaurant

I can’t name one in particular, so I prefer to speak in general terms. My idea of a memorable meal is being surrounded by great, positive souls in a laid-back and comfortable atmosphere. As for the food, the person preparing it – not necessarily a chef – needs to do it with thought and love. 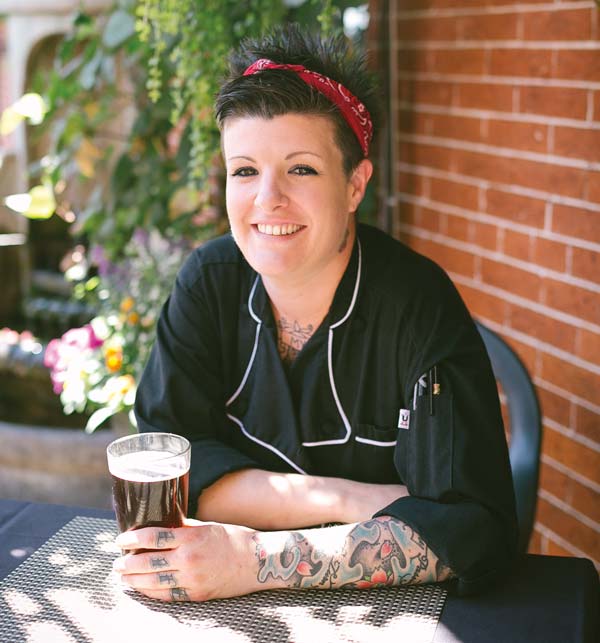