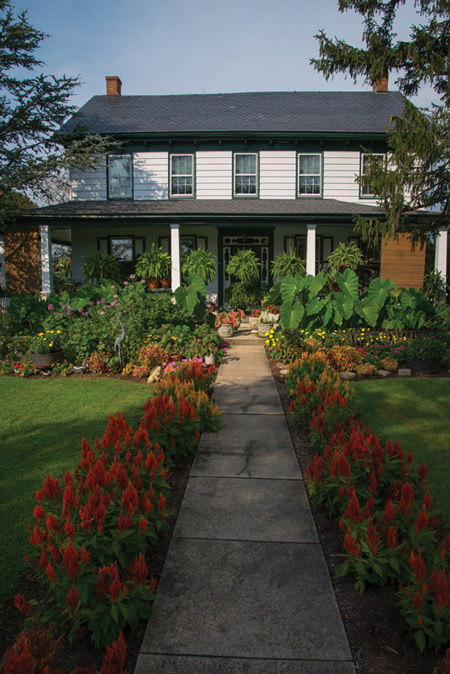 While visiting Groff’s Plant Farm in Kirkwood last summer, I perused photographs of the gardens that won in the photo contest Groff’s had sponsored. The property that claimed first place looked vaguely familiar.

As I was paying for my purchases, I asked if the winning photos were of Shirley J. Orfanella’s home and received a confirmation that indeed they were. It had been 20 years since I last saw the property – we had photographed the house in December 1997 when it was decorated for Christmas. In the ensuing years, I kept hearing from people that I had to see Shirley’s gardens. The pictures I saw at Groff’s prompted me to give Shirley a call. She invited me to come and see her plants.

Now in her 70s, Shirley, who spent most of her adult life working as a waitress and bartender, rebuffs her children’s suggestions that she should sell her 4-acre Southern End property and downsize. “I’d go nuts if I lived in an apartment,” she states. “Besides, what would I do with my cats and all my plants?” she asks, referring to her six felines and 80-plus houseplants that she tends. “I like it here. It’s quiet, and I can do what I want. You know, I had an uncle who was a hermit, and I’m beginning to think maybe I inherited some of his genes.” 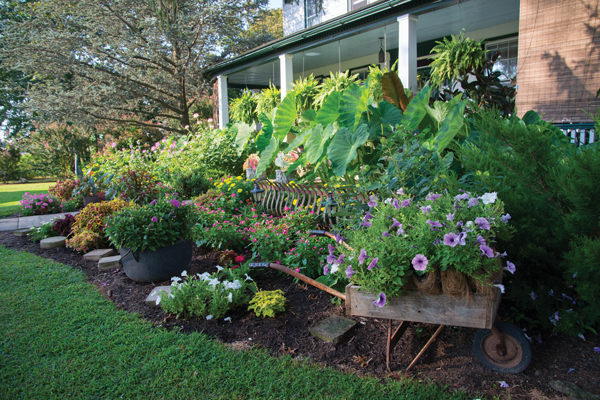 Country living was not always Shirley’s cup of tea. She spent the first 50 years of her life as a city dweller. That was until she found a farmhouse in the Southern End of the county. Shirley and her late husband, Glenn Ressler, made the decision to move to his neck of the woods 25 years ago. “He hated living in town,” she explains.

So, they began driving around the Southern End looking for a suitable property. “Everything we saw for sale was either falling down or too expensive,” she recalls. Then, one Sunday they noticed a property that made Shirley forget about city living. The Victorian farmhouse, which dates to 1870, not only had a spacious kitchen, but it also had an adjoining summer kitchen. Visions of spending summers relaxing on the wrap-around porch prompted them to make an offer. After two years of negotiating, their offer was finally accepted. 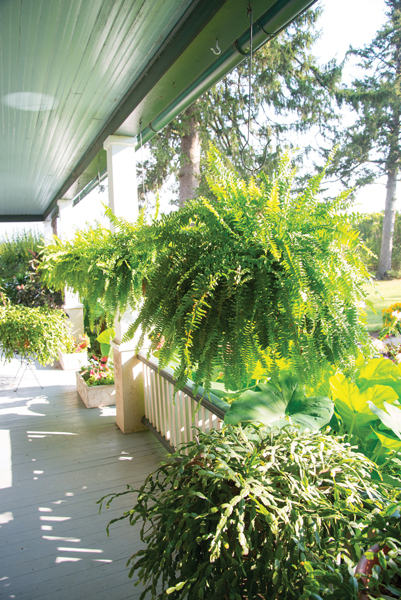 While the house had good bones and endless possibilities, Shirley and Glenn had to put relaxing on hold and face reality. A leaky roof resulted in extensive water damage. The plaster walls were cracking. Brass lighting fixtures were blackened. The hardwood floors were badly worn. Molding was covered in layers of paint. Outbuildings on the property were also in need of repair. The gardens had gone to seed.

With the help of Shirley’s children, Doug and Connie, and son-in-law, Jack Chamberlin, the farmhouse’s makeover was carried out over the course of six months. “We worked on the interior of the house non-stop and did nearly everything ourselves,” Shirley recalls. She is proud of the fact that she wallpapered every room in the house herself.

The house was finished just in time for Shirley to host her annual Christmas party that had grown over the years from a dozen guests to 200, and whose menu entailed ham, roast beef, chicken, meatballs, salads, 26 varieties of cookies and seven kinds of candy – all of which she made. “If you left hungry, that was your fault,” she says.

The house was also decorated top to bottom for the party. “I have 17 storage bins filled with Christmas decorations in the attic,” she notes. 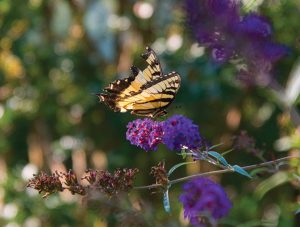 Once January rolled around, Shirley would turn her attention to the gardens that surround the house. She credits their revival to the 125 or so seed and gardening catalogues that filled her mailbox each year. She jokingly refers to the property as “Shortwood Gardens” in honor of nearby Longwood Gardens. “I was always around flowers,” she explains, noting her parents were focused on growing roses. Her own rose garden pays homage to them. 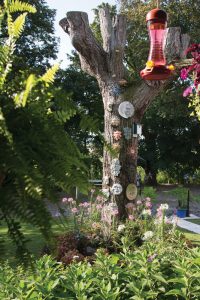 The gardens that surround the house are now filled with perennials, annuals and tropicals. The long walkway that leads to the front door is typically flanked by eight dozen geraniums – last year, however, she switched it up and experimented with celosia. “I liked it, but I prefer the geraniums,” she says, adding that Doug complimented their return for the summer of 2018. “He never comments on anything!” she says. 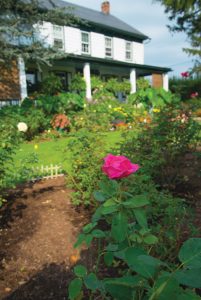 Caring for the gardens is labor-intensive. Each fall, the 80 houseplants that spend the summer on the porch – snake plants, Christmas cactus, umbrella plants, angel wing begonias and rubber plants – must be moved back into house. “They pretty much take over the dining room,” Shirley remarks. The 100 or so elephant ear tropicals are dug up and stored in the cellar. In the spring, the job is reversed.

Shirley is also a fan of garage sales and has mastered the art of repurposing her purchases. Antique garden art – in the form of watering cans, crocks and ferneries – perfectly complement the house and gardens. “It’s just what I enjoy,” she states. 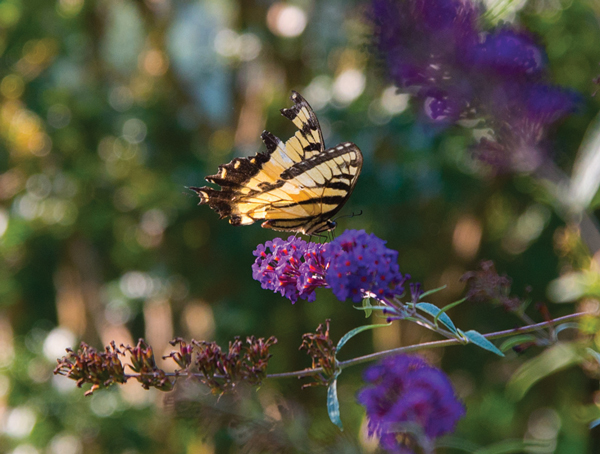