To paraphrase a ‘70’s TV show: He’s is a little bit Australian, she’s a little bit Lancaster County. Together, Colin Morrell and Julia Garber have blended their cultures to create Aussie and the Fox, a downtown eatery that opened its doors in August 2013. 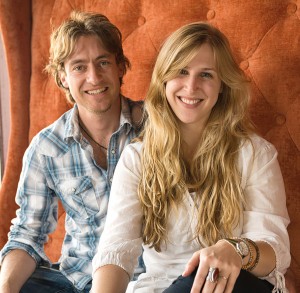 Now married, the couple met when Julia traveled “down under” to attend school. The two shared a dream of opening a restaurant. When they moved to Lancaster, Julia’s grandfather, Frank Fox (the “Fox” in the restaurant’s name), helped make that dream a reality. Like its name, there’s also a back story to the restaurant’s logo. Julia explains that the kangaroo represents the modern, fun and playful side of Australia, while the fox alludes to the “more traditional sophistication that’s Lancaster.”

The décor echoes that interesting blend: an exposed brick wall, a fireplace and rich, dark wooden floors coexist with modern elements such as a sleek, solid-surface bar, an oversized high-top table in the middle of the restaurant and a warm-orange color palette. Vintage elements bridge the two styles.

Aussie and the fox serves lunch and dinner Tuesday through Saturday. Brunch is available Saturday and Sunday. True to the theme of the restaurant, the menu – which is overseen by Chefs Daniella Ward and Matt Scalzo – also is a blend of the two cultures. “People expect to walk in here and find kangaroo and alligator on the menu, but it’s not that exotic. What we offer is the closest to what you find in Australia,” Julia explains. “My favorite item is Australian pie, a cross between shepherd’s pie and the pot pie that people here are familiar with.”

Consider the burgers. The Aussie Burger is comprised of a half-pound beef patty topped with lettuce, tomato, pineapple and griddled-onion chutney, pickled beetroot, smoked Gouda, fried egg and ciabatta. The more traditional Fox Burger allows guests to select the toppings of their choice. 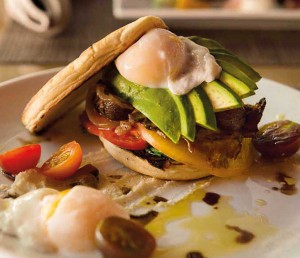 Freshness also defines the menu. “We use fresh, local items from Central Market; it’s our source for nearly everything. We make and infuse everything in-house,” Julia notes.

Appetizers include Inkers (or calamari) and Peel & Eat Shrimp that is served with chili remoulade and smoked-tomato jam. Salads include the signature A & F (roasted beets, young lettuces, whiskey walnuts, bacon, egg, blue cheese and aged-balsamic-date dressing), the Farm Stand (whose ingredients reflect the seasons) and the Not Your Average Caesar (featuring yogurt-based lemon and roasted-garlic dressing). Sangers (Australian for sandwich) range from a Beet-L-T Wrap to a Pulled Pork Barbie. Entrées emphasize beef, pork, chicken and seafood.

Cocktails range from the traditional to the playful: Col’s Collins, Mr. Fox and Sydney Sour are among the offerings. Milkshake cocktails were available over the summer. Desserts and coffee come from the bar, which is also a hallmark of Australian restaurants. “Our staff was trained by baristas from Australia,” Julia notes.
For those on the go, Aussie and the Fox has a street-side take-out window: The Tucker Box, which is Australian slang for “lunch box,” offers coffee (including drip coffee), lattes, cappuccino, teas (hot and iced), chai, hot chocolate, soft drinks and pastries Tuesday through Saturday. 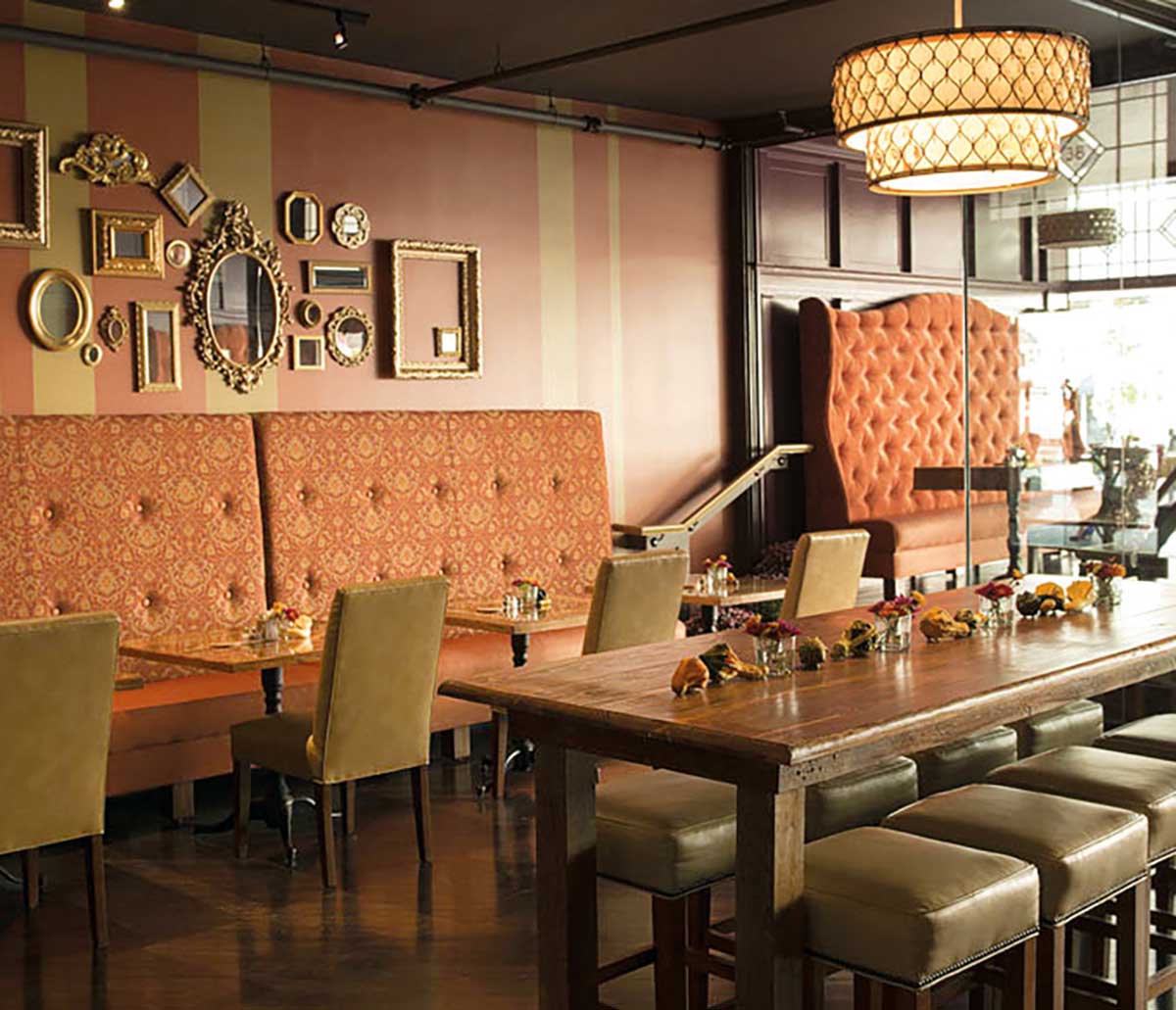