It may be winter, but that doesn’t deter avid gardeners from finding a way to stay connected to the natural world. Many turn to books and spend the winter reading about gardening. If a gardener is on your gift list this season, I’d highly recommend any of the following books.

As I inspect my wall of books that relate to gardening, it occurs to me how much the focus on the subject has changed in recent years. In the ’90s, gardening books were mostly by British authors who enthralled us with their five-foot-deep perennial borders displaying a succession of blooms during the high season. The emphasis was placed on concepts such as “color echoes” and “designing” with perennials. Because of our infatuation with the British style of gardening, tours of England’s celebrated gardens were always fully booked. It took years before we colonists realized that our summers are vastly different and, furthermore, we don’t have 35 estate gardeners on staff to achieve that English-garden look.

Decades later, we’ve developed our own look that celebrates the diversity of American geography and climates. It is apparent that the focus these days is on naturalistic planting, plant communities and multi-season appeal – after all, we have a wonderful fall growing season that has an equally brilliant color palette. Furthermore, outstanding American writers have emerged. I’d recommend that you add them to your collection of gardening books. 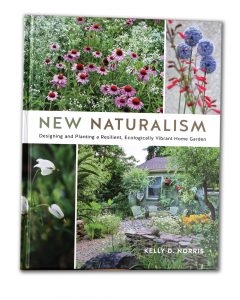 Kelly Norris is one of the nation’s leading young horticulturists. Currently an independent designer and lecturer, he was until recently director of the Greater Des Moines Botanical Garden. His passion is “planting at the intersections of horticulture and ecology.” This is his fourth book.

In it he advises that we plant our gardens with consideration of the reality of the landscape we have and the community of plants that will flourish there. In the wild, plants grow in populations of related individuals. We need to take a cue from how they grow there to inform us the growing conditions they need. Therefore, Norris urges gardeners to “embrace the nature of [your] place rather than to be on a constant quest to alter it.” The resources in our soil will favor some plants over others. He suggests a combination of native, near-native and non-native plants and describes a garden as a dynamic system rather than a static collection of plants.

Chapters on such topics as groundcovers, mulch, structural plants and season-defining plants are offered in his conversational style. He is a wise teacher; the book is crammed with friendly advice but he is not hesitant to scold for mulching instead of planting a matrix of groundcovers or for tilling and over-cultivating the soil.

The second section of this well-designed book, which has great photos by the author, is devoted to plant “palettes.” The emphasis here is on making choices based on functional considerations rather than just ornamental value. Included are valuable lists of plants for evocative planting strategies to achieve a house within a garden rather than the ubiquitous “trimmed skirt” plantings around it. Yes, Latin names are used. Get over it.

Windcliff: A Story of People, Plants, and Gardens 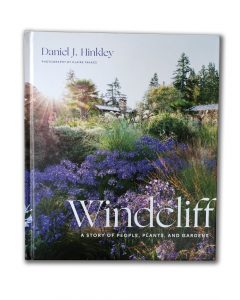 One of the most widely published and eminent plantsman of our time, Dan Hinkley has created two of the country’s most fabled private gardens and his extensive lecturing, writing and plant exploration have had a huge impact on horticulture.

His first garden and nursery – located in Kingston, Washington – was called Heronswood. (When his erudite catalogs of specialty plants arrived in my mailbox, all activity stopped.) The story of the sale of the nursery is briefly covered in this very personal book. Mostly it is a conversation relating to the development over the past 15 years of his new garden, Windcliff – undertaken with his architect-husband, Robert Jones – on a bluff on the Kitsap Peninsula overlooking Washington’s Puget Sound. Each year has informed the next as he outlines the joys and challenges in gardening where only 30 inches of rain falls in a year.

Like his lectures, this serious plant-centered book is sprinkled with wit and admissions of failures. Make no mistake, I do not suggest this book is a good source of specific planting ideas – few of the featured plants can be found in local nurseries. Keep in mind, he has explored all over the world to find plants for his nursery and garden. Instead, it is a book to learn design principles and approaches to gardening on different sites. He is particularly interested in foliage and plants that provide movement, balance and repetition in the garden. He talks about “admiration points” and gardening in containers is not overlooked. The photographs are dazzling. 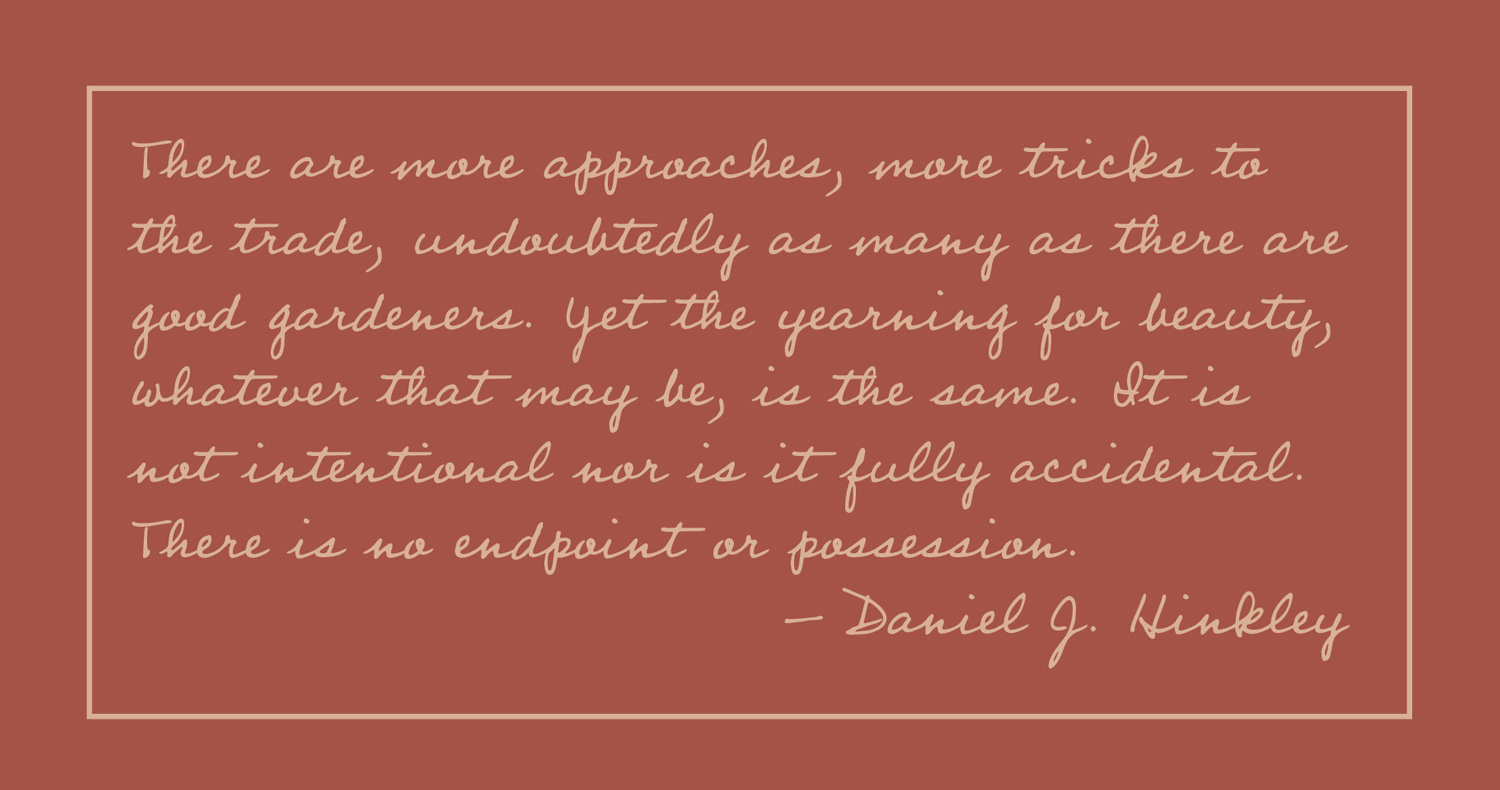 The Art of Gardening: Design Inspiration and Innovative Planting Techniques from Chanticleer 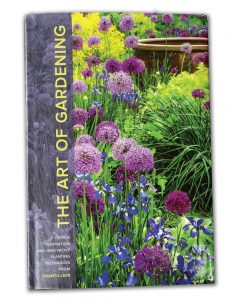 Chanticleer, the 35-acre garden in nearby Wayne, Delaware County, has been called the most creative garden in the Northeast. I’d christen it a magical place. Strolling through it for a few hours is an escape into beauty and pleasure. Indeed, Chanticleer labels itself a pleasure garden. It is not like any botanical garden or arboretum you have visited. Even a reluctant non-gardening travel partner will come away in a better mood! This is the place to get inspiration for ideas to try in your home garden but you’ll need to wait until spring, when it will reopen March 30 and maintain its Wednesday-through-Sunday hours through October.

Each of the permanent year-round horticulturists has contributed a very personal essay to the book, which is divided into two sections. The first part, Design, discusses how to make the most of a site’s many features and integrate the structures, the garden and themes that tie its areas together. The second part of the book focuses on Plants and explores how they are chosen and matched to the sites and render the visual excitement that makes the garden so special and cohesive.

The seven horticulturists who contributed to the book are also woodworkers, metal workers and stone carvers. The bridges, plant-list boxes, water fountains and remarkable railings seen in the book were all constructed on-site during the months the garden is closed. All the “handmade” items give Chanticleer a uniquely personalized sensitivity that is sculptural, practical and inspiring.

The photographs by Rob Cardillo are beautifully reproduced and, equally important, have informative captions.

The Nature of Oaks: The Rich Ecology of Our Most Essential Native Trees 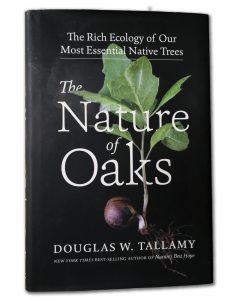 By now, almost all area gardeners have read this University of Delaware professor’s book, Bringing Nature Home. His discussion of plants that benefit insects and birds in suburban gardens has won many awards and is now in its second edition. Nature’s Best Hope continued his dialogue on the ways insects interact with plants in our ever-changing planet.

In his new book, Tallamy focuses on a single genus: the oaks. The book chapters go through a year in the life of an oak, discussing wide-ranging topics – actually everything one would want to know about oaks and the life that depends on them. Acorns, insects, birds, oak misconceptions, growth characteristics and diseases are all covered in Tallamy’s usual science-based but accessible prose. Included is advice on how to plant an oak (start with an acorn) and the best oak choices for our area.

This Is Your Mind on Plants 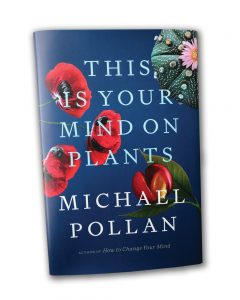 Michael Pollan has been writing award-winning books for three decades, beginning in 1991 with his still-relevant Second Nature. He writes about the natural world and food. Readers/gardeners might be familiar with The Omnivore’s Dilemma: A Natural History of Four Meals, as well as The Botany of Desire: A Plant’s-Eye View of the World. In 2010 he was chosen by Time magazine as one of the 100 most influential people in the world.

In 2018 he wrote How to Change Your Mind – widely acknowledged as one of the 10 best books of that year. The book discusses the recently renewed, university-based research into the therapeutic potential of “psychedelic” plants that suggests they can help with depression, addiction, PTSD and the anxiety of terminal illness. It is written in a personal, easy-to-read style that may possibly change how you think not just about psychedelic drugs but also about the human mind. Pollan is a lecturer at Harvard and a co-founder of the UC Berkeley Center for the Science of Psychedelics.

This year he came out with This Is Your Mind on Plants. It is a lengthy, well-researched account of three mind-altering plant derivatives: opium, caffeine (“the most popular psychoactive drug on the planet”) and mescaline. He asks big questions and discusses their effects not only on our brains, but our culture and policies.

Entangled Life: How Fungi Make Our Worlds, Change Our Minds and Shape Our Futures 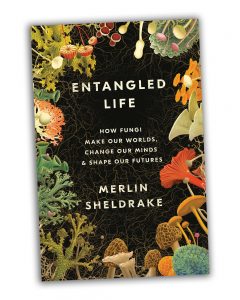 The largest living organism on Earth today is a fungus in Oregon covering 3.7 square miles beneath the ground. More than 90% of our plants depend on mycorrhizal fungi, which link them in shared relationships. This British author is a professor of biology and ecology at Cambridge University. His book is endlessly fascinating with science-based considerations of all the things you never knew about mushrooms. The illustrations and line-drawings and 100 pages of notes and bibliography add to this well-designed book. Also, his trailer about the book on YouTube is very comical. 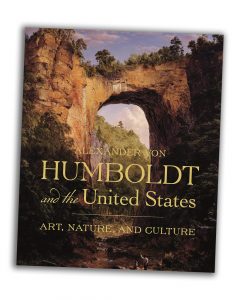 Readers may not have heard of Alexander von Humboldt (1769-1859), but he was the most celebrated scientist of his time. More things are named after him than anyone else who’s ever lived! There was a recent exhibition about him at the Smithsonian American Art Museum, as well as two years ago at the German History Museum in Berlin. Energetic and charismatic, he was a polymath, explorer, geographer, naturalist and humanitarian. He is considered to be the first environmentalist. During his many years of exploratory travels, he declared respect for all cultures and firmly believed that colonization destroyed valuable cultural knowledge – and sometimes the culture itself. In 1804, after a five-year journey through South and Central America, he made a detour to the United States and met with Thomas Jefferson. Darwin was an admirer and took Humboldt’s books along on the HMS Beagle. His writings influenced Thoreau and Whitman. Wulf’s book is the most engaging and enjoyable book I’ve read in years.

Many of these titles are available as e-books. 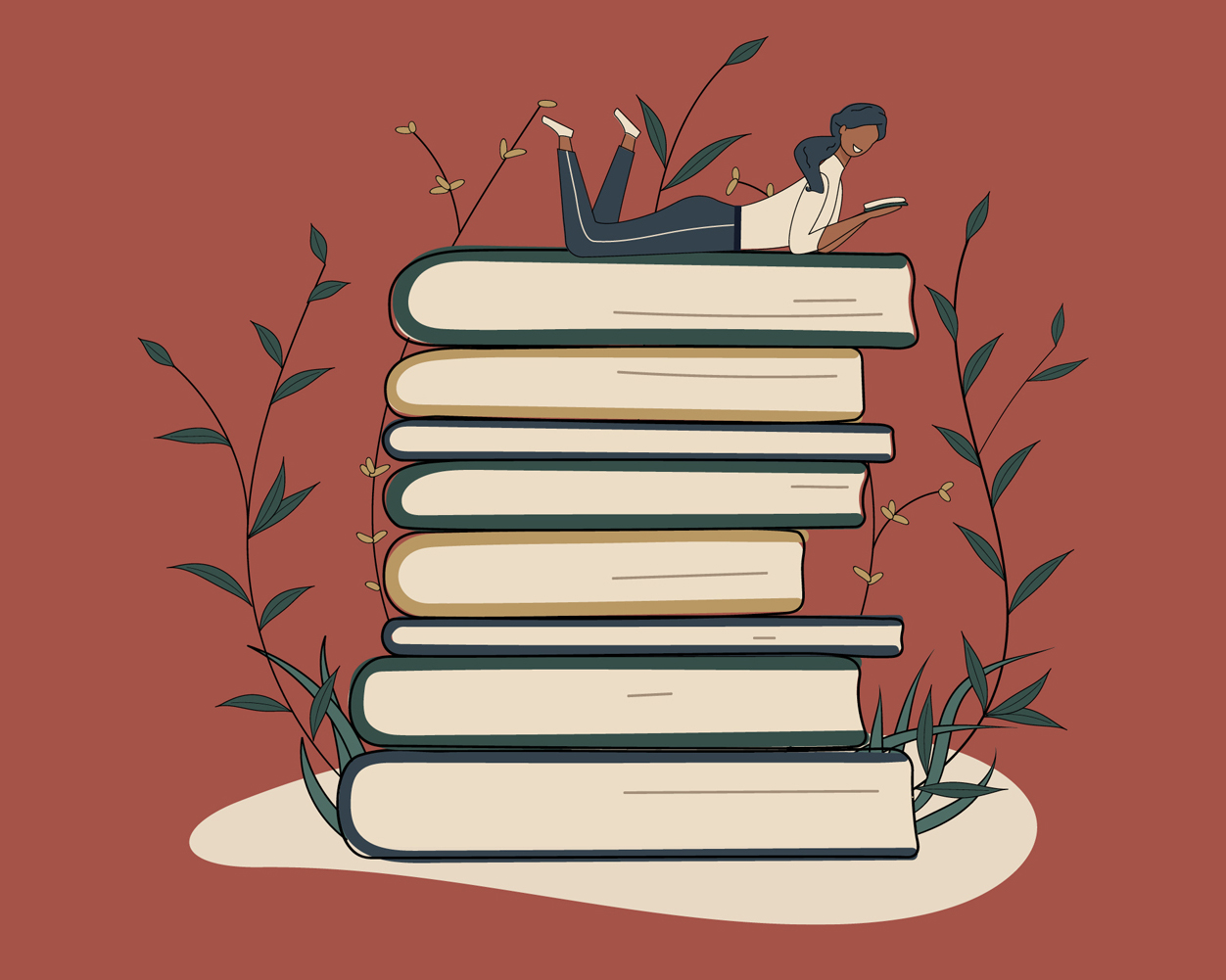