If you decide to follow the directive of the headline, you’ll find yourself late to the party. The pandemic prompted kayakers – veterans and newbies – to come out of the woodwork! After all, kayaking provides simultaneous social distancing and camaraderie, is good exercise and allows you to be lulled into a state of bliss. Add Mother Nature and it’s nirvana! 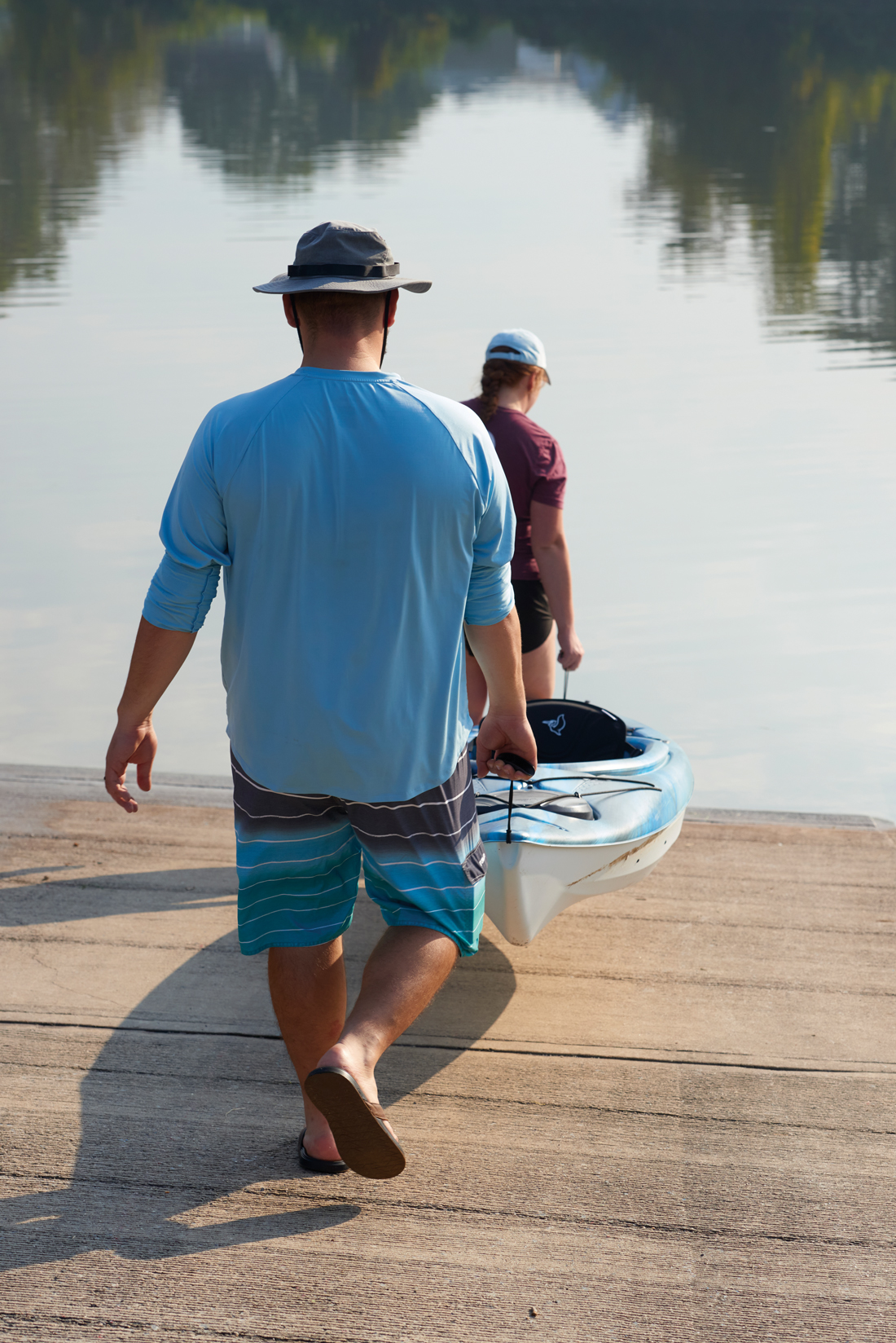 Scott and Katie Matelis love to spend warm summer evenings on the water. On this particular day, the Lancaster residents headed for Speedwell Forge Lake, north of Lititz.

The demand for kayaks in the spring of 2020 took outfitters by surprise and they quickly found themselves dealing with empty showrooms. “Interest simply exploded,” an outfitter told the Today show. From May 2019 to May 2020, sales of kayaks reached a record $405 million. Had it not been for supply-chain issues, it is estimated that number could have easily been eclipsed. 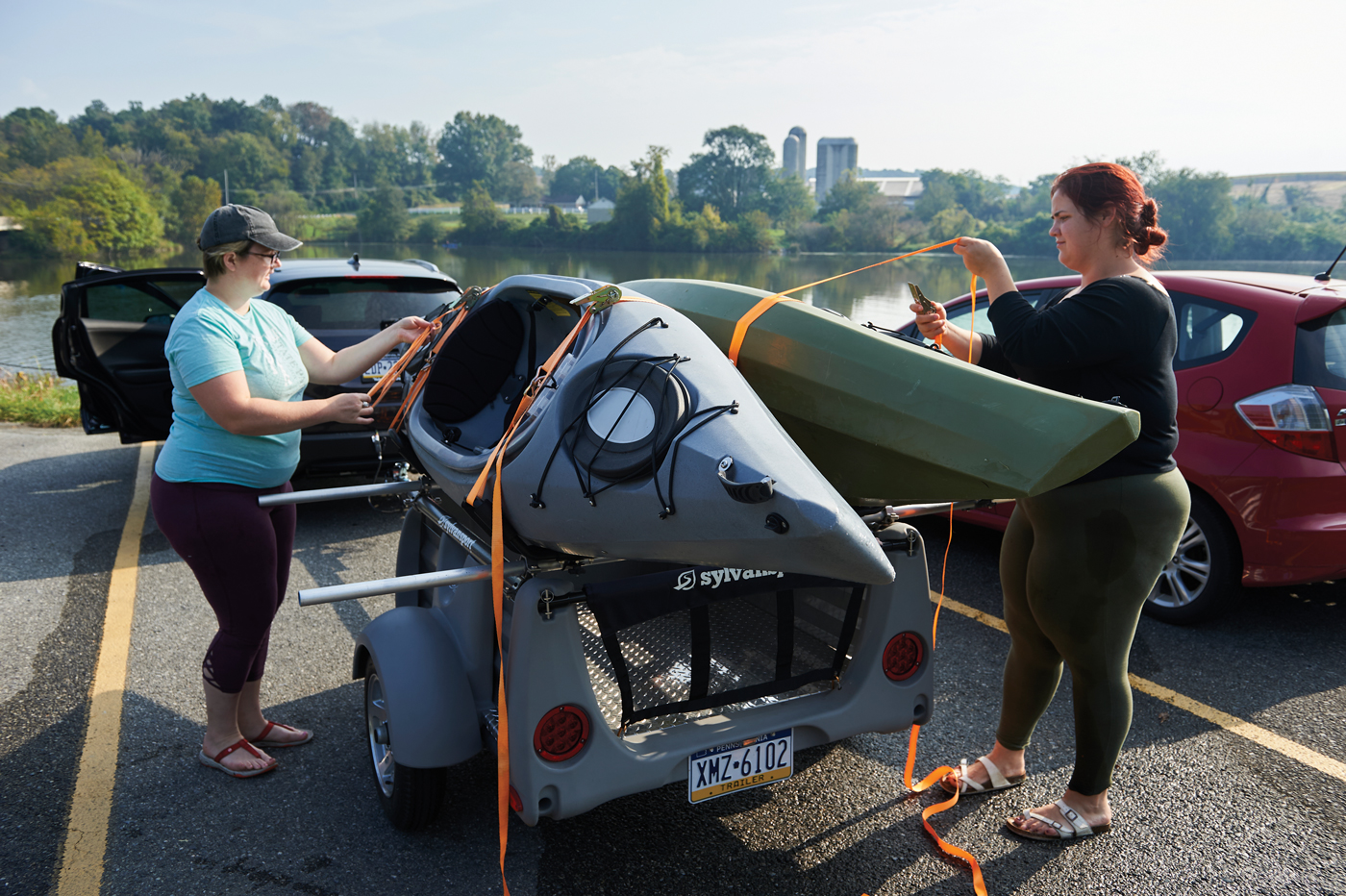 Diesha Cooper and Deesis Cooper, both of Ephrata, transport their kayaks in style!

The urge to get out on the water and away from reminders of the pandemic created an unprecedented demand for watercraft of all kinds. Fortunately, most outfitters had rentals on hand, but even then, they couldn’t keep up with demand. The problem persisted well into 2021 but fortunately eased somewhat with the arrival of summer 2022. 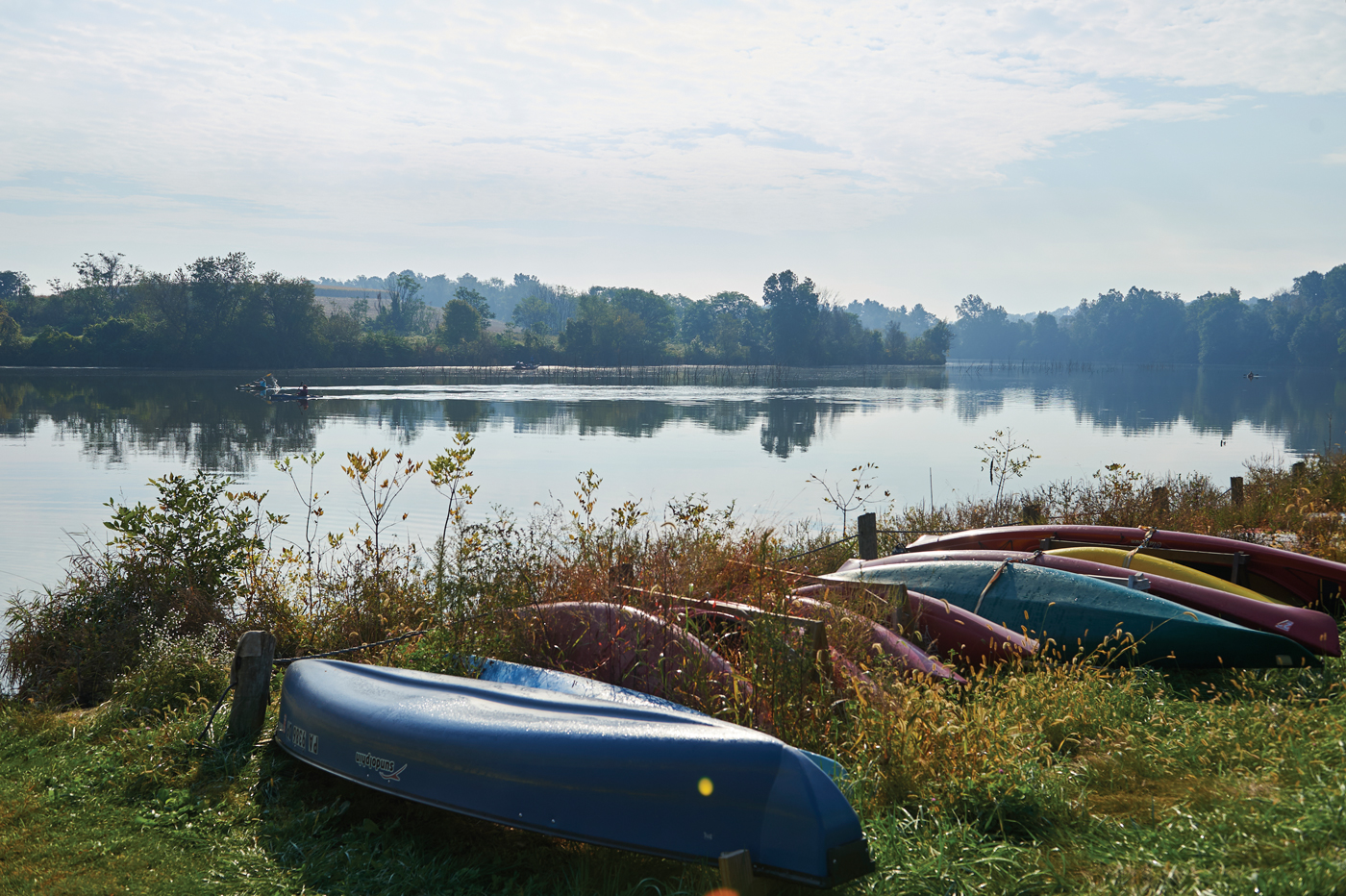 The shore of Speedwell Forge Lake is lined with canoes and kayaks, providing evidence of the popularity such watercraft is currently enjoying.

A kayak is not the world’s shiny new toy. Kayaks have been used for hunting and transportation purposes for at least 4,000 years. Developed by the Indigenous people of the Arctic regions – namely the Yup’ik and Inuit of Alaska – kayaks were originally made from seal skin and whalebones. The word “kayak” is derived from the Greenlandic word, “qajaq,” which translates as “hunter’s boat” or “man’s boat.” The oldest surviving kayak – from Holland – dates to 1577 and is on display at the Museum Five Continents in Munich.

Kayaking captured the imagination of the general public during the 19th century thanks to an explorer and travel/adventure writer named John MacGregor, whose books detailed his worldwide water travels in a kayak he nicknamed the “Rob Roy Canoe.” Suddenly, Europeans wanted to go kayaking and its sporting, fitness and recreational aspects were born. Clubs emerged throughout Europe. Kayaking became an Olympic sport in 1936; Hungary and Germany are kayaking powerhouses. 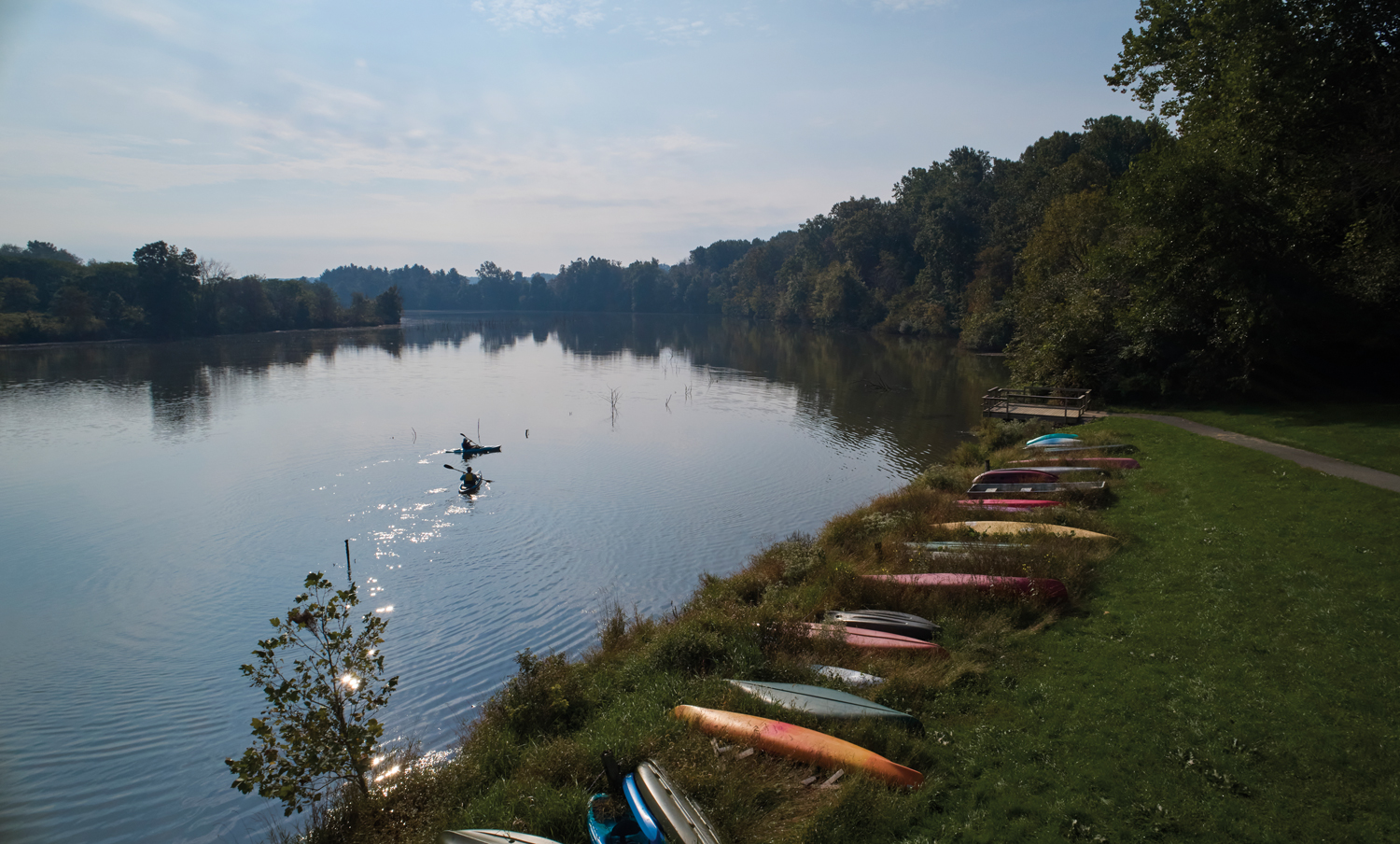 With the destinations we have easy access to in this area, is it any wonder that Lancaster’s waterways have become a mecca for kayakers? While kayaking provides an escape, it’s also very beneficial from a mind-body standpoint. As a form of exercise, kayaking benefits the cardiovascular and muscular systems. Core strength also improves. As it requires 450 strokes to cover a mile, that’s a lot of paddling! However, it is said the rhythmic motions propel you into a state of zen.

So, how do you get started? Fortunately, Lancaster/York is home to some top-notch outfitters.

For details about these locations, visit their websites. 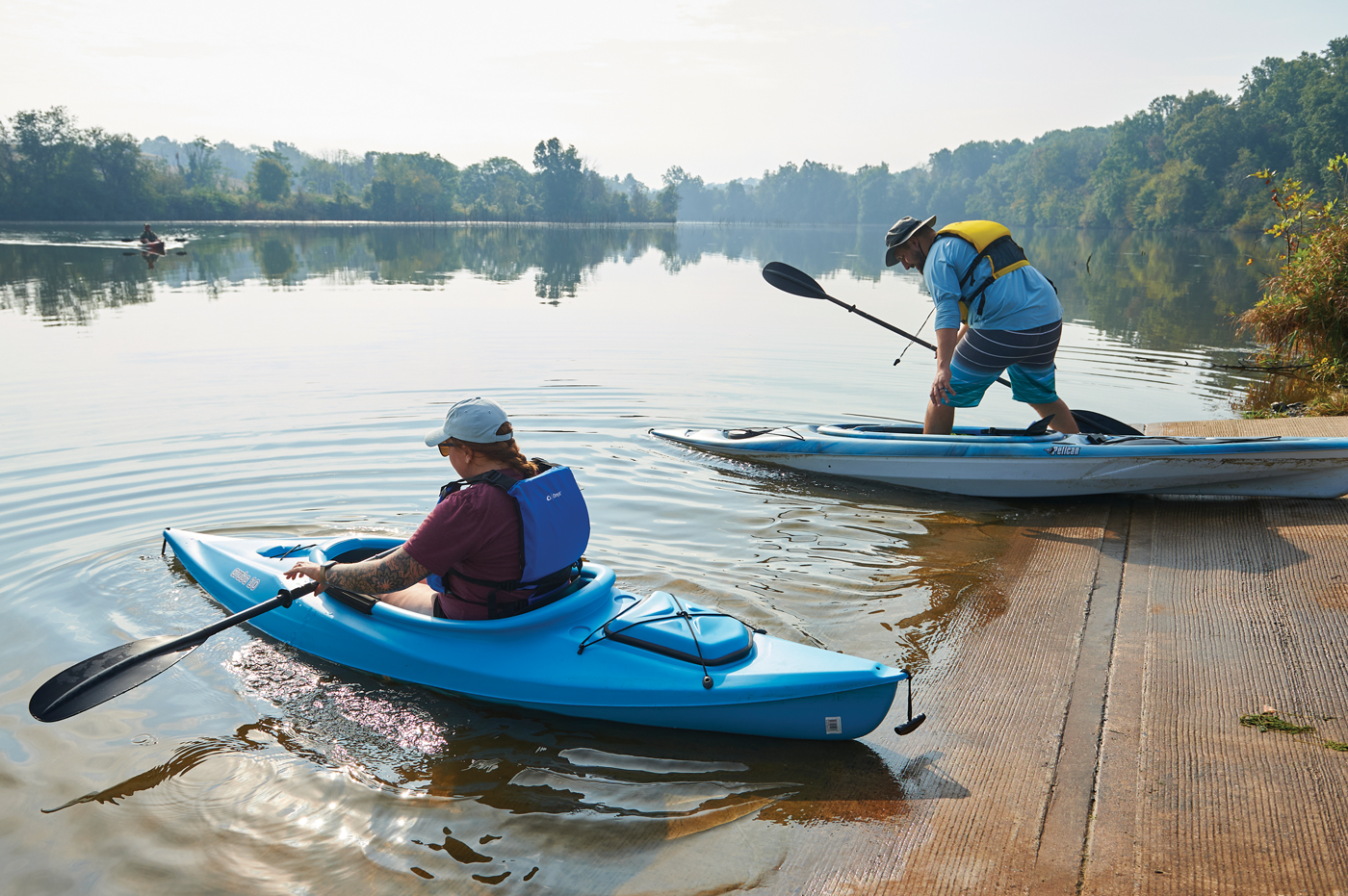 Katie and Scott take to the water.